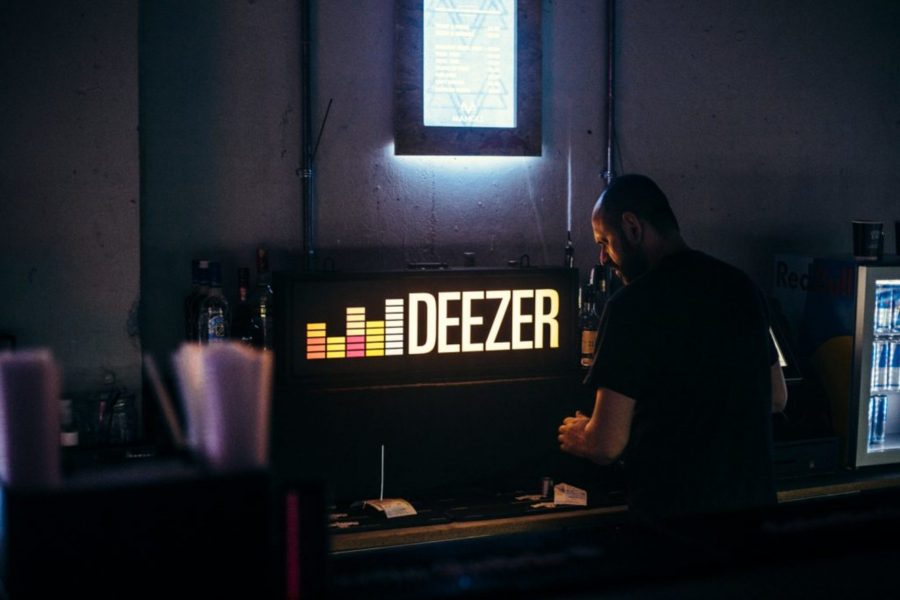 Much has been made of grime’s independent revolution. Since ‘Shut Up’ and ‘That’s Not Me’ broke down the door between grime’s underground and the charts, the mainstream has never been the same; kids from private school are watching SBTV, road gal is the hottest fashion trend in Surrey. But beneath all the hype and low-level appropriation, the support for independent music of black origin, grime or otherwise, remains pretty dismal.

Of course, the internet has made it easier than ever before for people with limited resources to get their music out there or get involved in the industry, but that comes with its own problems. In a world of bait twitter MCs, bedroom producers and self-appointed music critics (someone else appointed me, so it’s legit) it can be hard to stand out. There are similar problems with many of the music schools in the UK, either they’re too expensive (£9000 a year at a university and often more at external industry-focused schools), too in demand (the BRIT School, for example, receives roughly three times more applications per year than it has places), or too academic; a musical education that focuses on theory and composition isn’t much use if you want to be A&R. That’s not to mention the on-going crisis in music education at Secondary Schools in the UK.

Because of these conflicting factors, the industry is in a weird place; confronted with its insular nature by a generation of outsider stars but at the same time still the preserve of the record label affiliated elite. Enter Sian Anderson, the perfect woman for such turbulent times. A flagship Radio 1Xtra DJ, she’s widely respected by both music industry folk and the legions of aspiring artists, producers and music executives alike and aiming to use that credibility to help the next generation of black British music with her new label, creative platform and mentoring scheme Floor SIXX.

“[Floor SIXX] came about because people who were leaving uni or leaving school and wanted to work in the music industry were coming to me for mentoring programmes, and there didn’t seem to be enough around for people,” Anderson tells me over the phone a couple of days after the official launch of Floor SIXX at Hackney’s Mangle. “I started to think there must be a way to use resources in the music industry and people releasing music to get money back into the next generation of artists and music executives.” 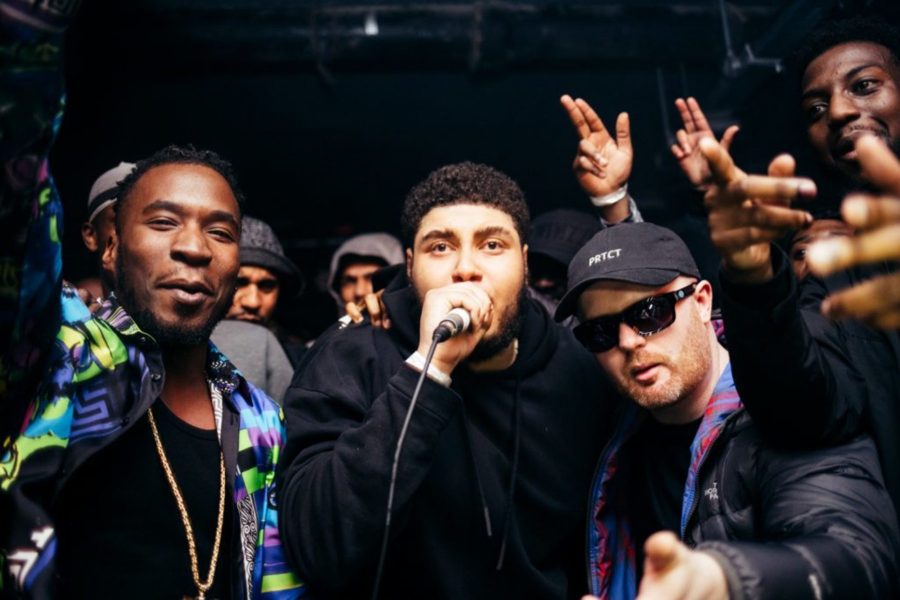 At the time, Anderson was producing a series of monthly ‘Fuxx Sian’ mixes for i-D, linking up with an MC each time. “They’d always ask what I was up to and I’ll tell them about trying to mentor, so I thought ‘actually if you all give me a track, we could sell an album, and the [money] could go toward the mentoring scheme.” With that, the seeds of Floor SIXX were sewn, and with the help of Crep Protect co-founder and MC Jason Black aka J2K, Anderson set about making the project a reality. “I was like ‘right let’s conceptually drop one song and video a month to build up subscribers, let people know we’re here and we’re serious.’ So, in January we dropped the first track which was Jammz, which had a really good premiere with Mista Jam, then the second one was Capo Lee ‘Tekkers’, and that had a really good reception. We put out the Stop Talking EP on the label then the next one was Drifter, he’s a newer, up and coming, MC, and that was a Record of the Week with Charlie Sloth.” Anderson enthuses breathlessly, her passion shining through as she gets stuck into the details of the project. “Our next release is with P Money, Killa P and Maxsta, Last Japan on production; it’s gonna be really cool.”

At this point it’s important to emphasize that all of the money from the record sales and streams goes back into the main mission of Floor SIXX, it’s mentoring scheme. “This year we’re doing it with Red Bull Music Academy for ten weeks. ten sessions across ten weeks with Red Bull at their studios to see how much it actually costs to get it done with the number of people we want to get it done with” Anderson explains. “We want to actually pay people to come and mentor, we want to make that normal. Rather than people coming down and doing it for free, we want to be able to say look here’s some money to come and help.”

The sessions with Red Bull will pilot in August but between now and then you can expect to see and hear a lot more from Floor SIXX. Ahead of the official launch last week, invitees received specially made Floor SIXX jackets and USB wristbands with custom dubplates, hand-delivered by members of Sian Anderson’s previous mentorship scheme One True Calling. It’s Guerilla marketing taken to a new level; a campaign that, like Floor SIXX, aims to remove the boundaries between the industry and, for want of a better term, the street, the jackets automatically inducting anyone who puts them on into the Floor SIXX family.

“We needed to engage fans, give them exclusive invites, merchandise, make them feel included,” Anderson explains of the rollout. “I had an intern who literally searched each artist involved and found their fans, and I followed them all on Twitter and DM’d them saying ‘we’re having a party and your favourite artist is involved, do you want to come?’ That’s how we ended up with 300 grime fans from across the UK; they came from Wales, Manchester, Birmingham, and it was the first time they’d met each other. They knew each other from social media but they’d never met, but on the day you had all these kids meeting and recognising each other. It made me so gassed.” 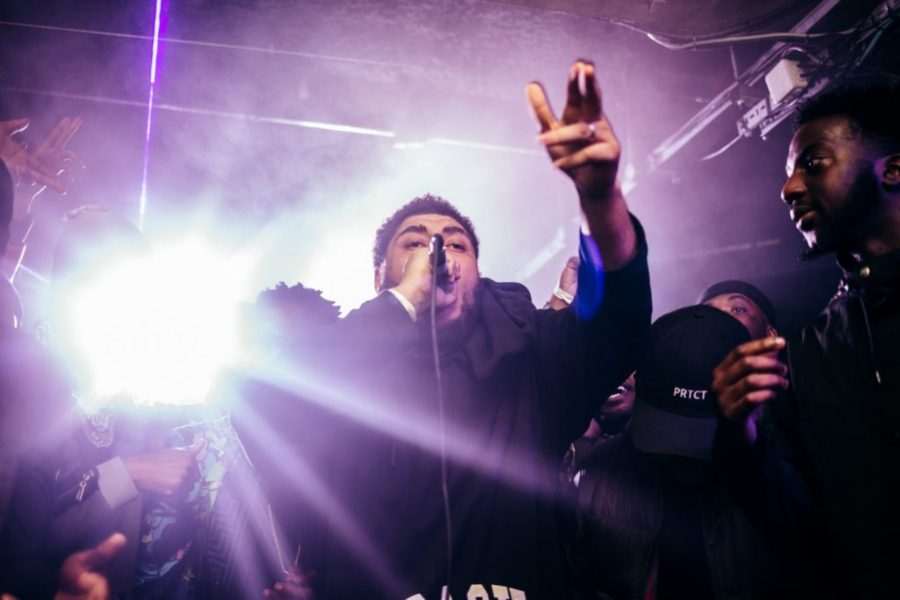 It’s hard not to be moved by Anderson’s genuine enthusiasm but jump back before the launch, and things weren’t looking so rosy for Floor SIXX. “It’s been really hard!’ She admits that “it’s literally been a year of the most careful planning down to the smallest detail. It’s been very expensive to set up as well, so people have probably had the idea in their heads but without an investor…” she trails off, but her point is clear.

Luckily though, after a number of failed pitches to record labels Floor Sixx found funding from streaming platform Deezer. “The funny thing is about Deezer is as soon as I told them the idea they were like ‘yeah we’re in, we love grime music, we love the platform, we love what you’re trying to do.’ The support they gave us was ridiculous, they gave us whatever we needed, even to the extent for the launch if we were like ‘we don’t have cups’ they’d say they’d turn in around. A lot of people that I spoke to just weren’t supporting, but Deezer put their money where their mouth was and helped us pay for the venue costs, some of the artists costs, put all of our songs on the playlist, they really pushed it out.” 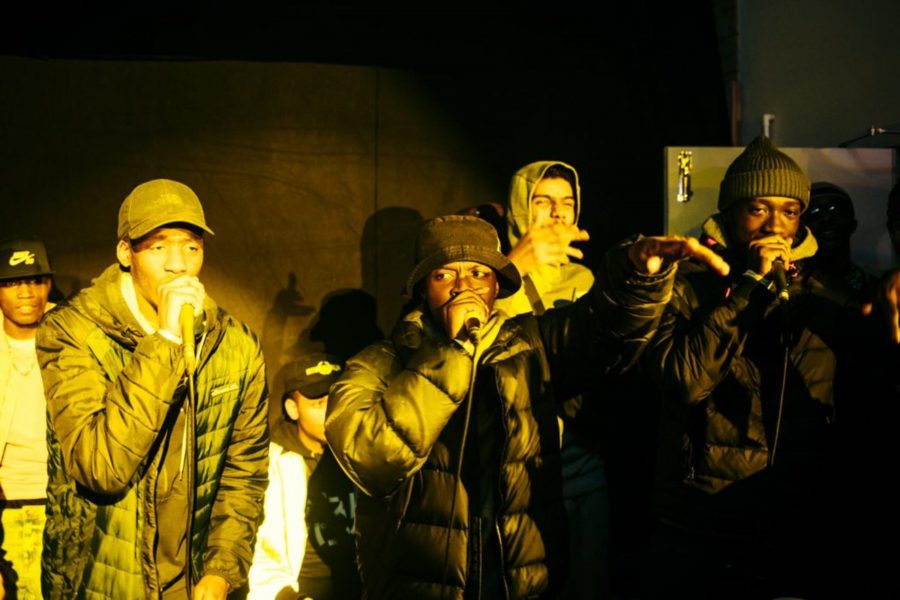 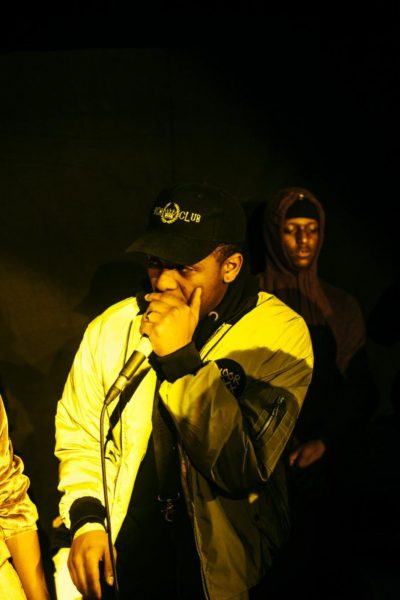 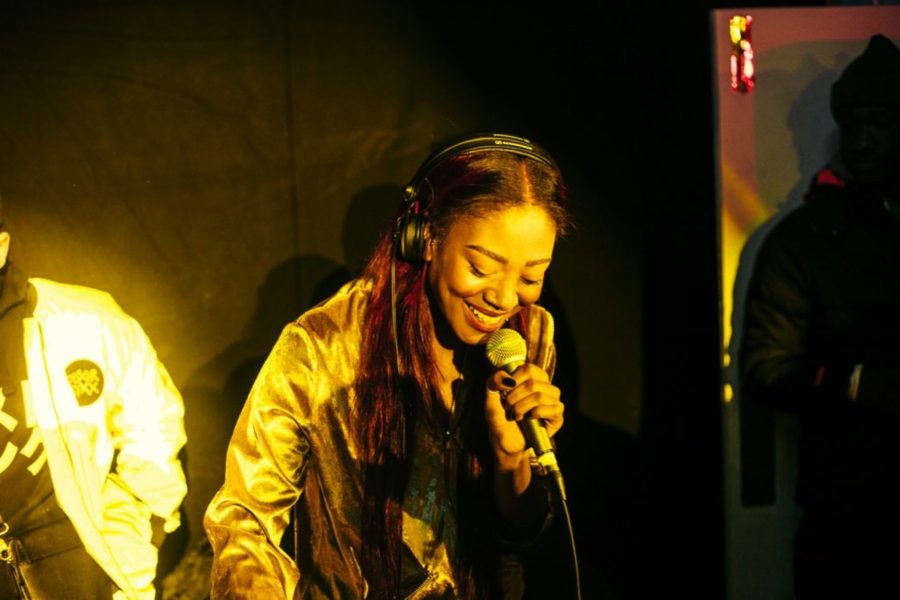 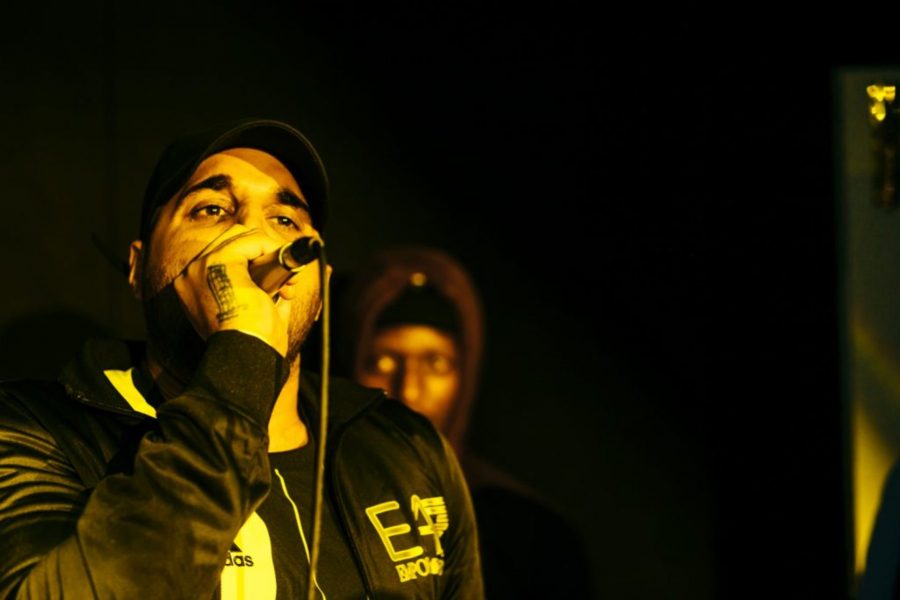 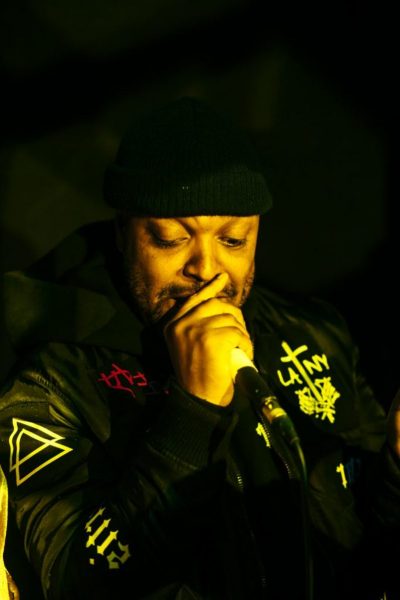 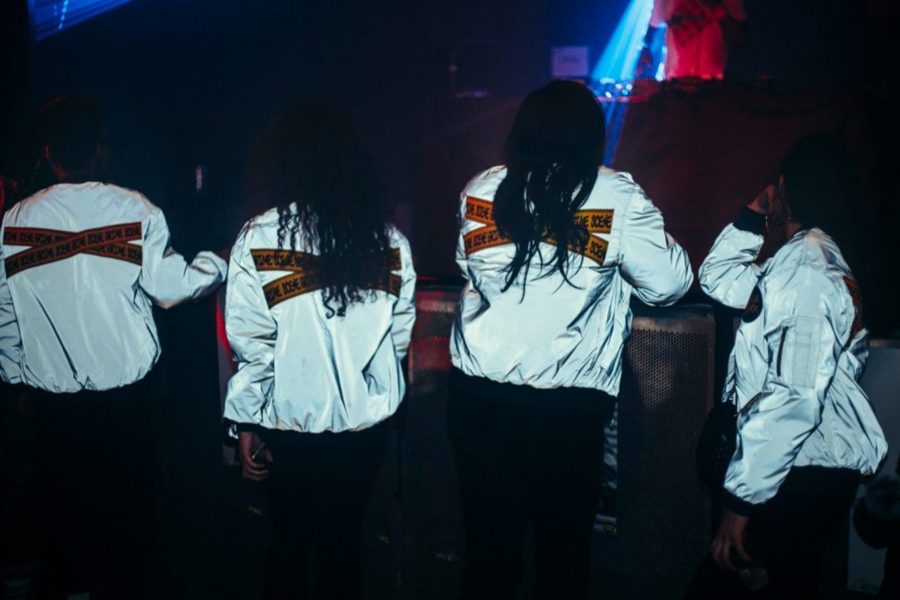 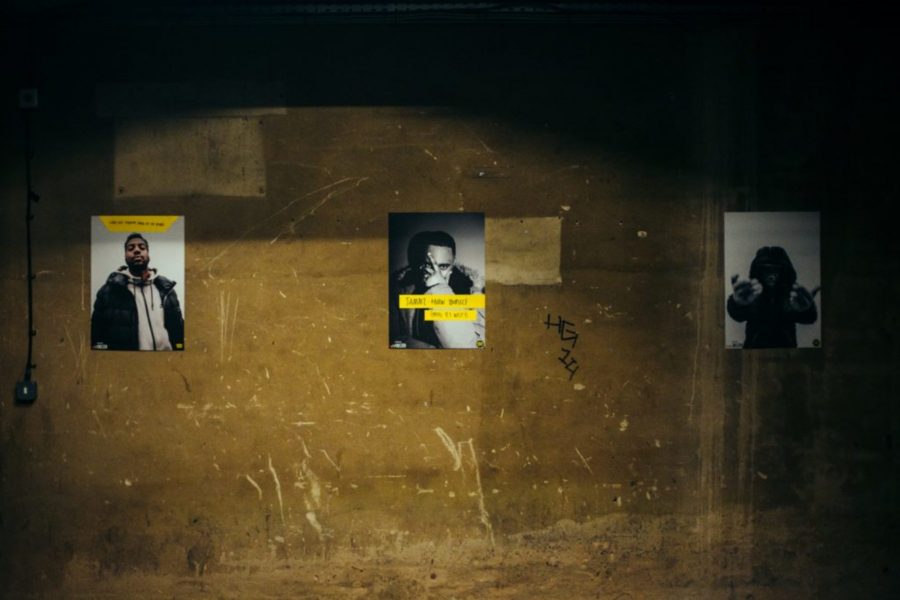 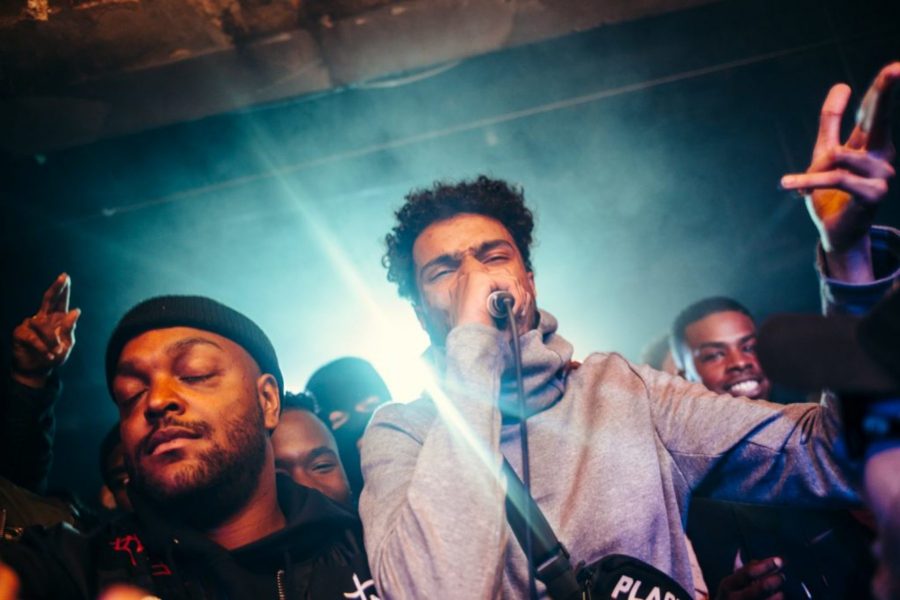 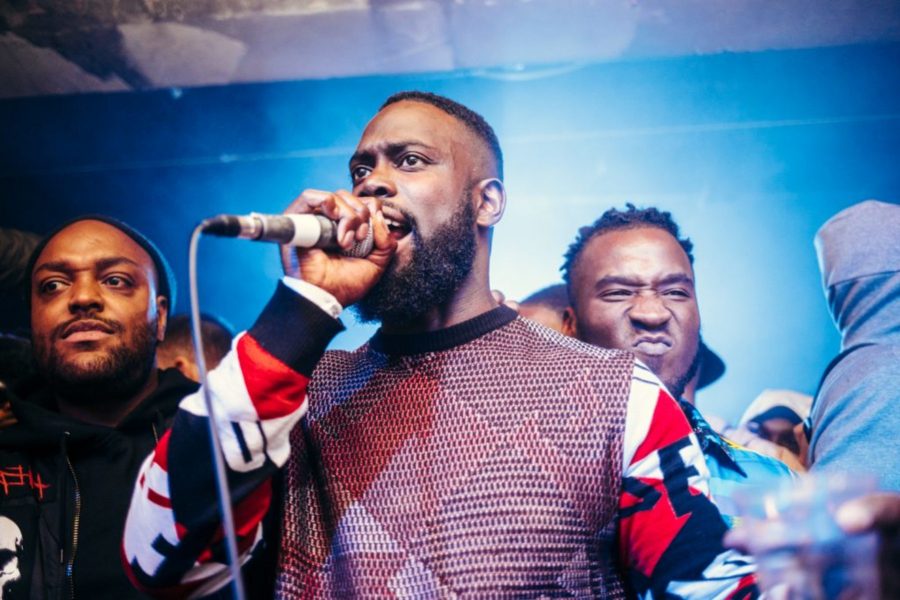 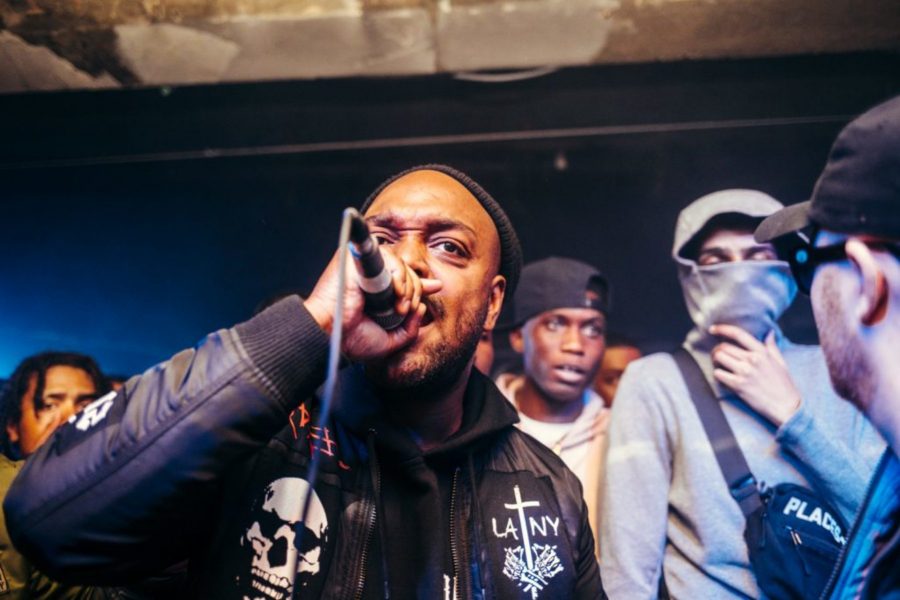 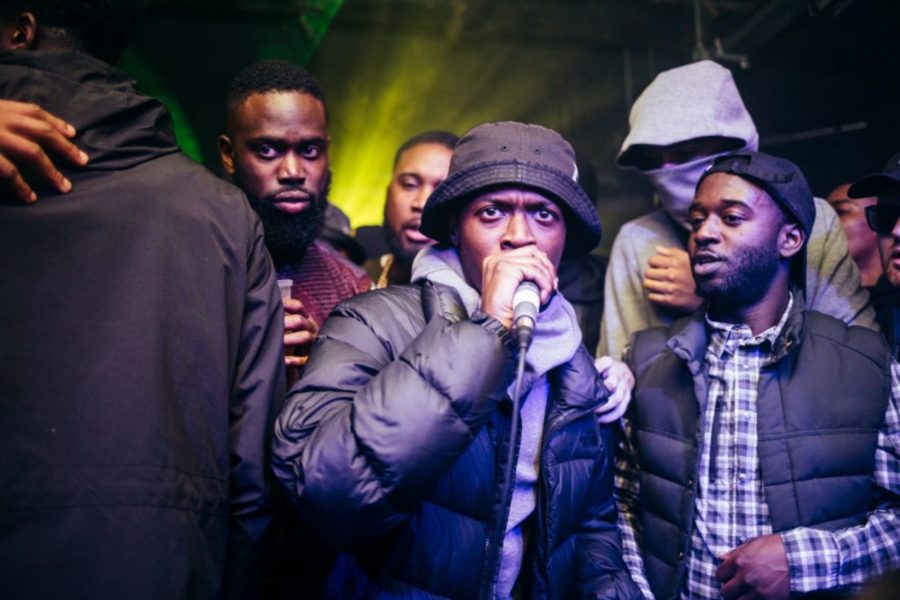 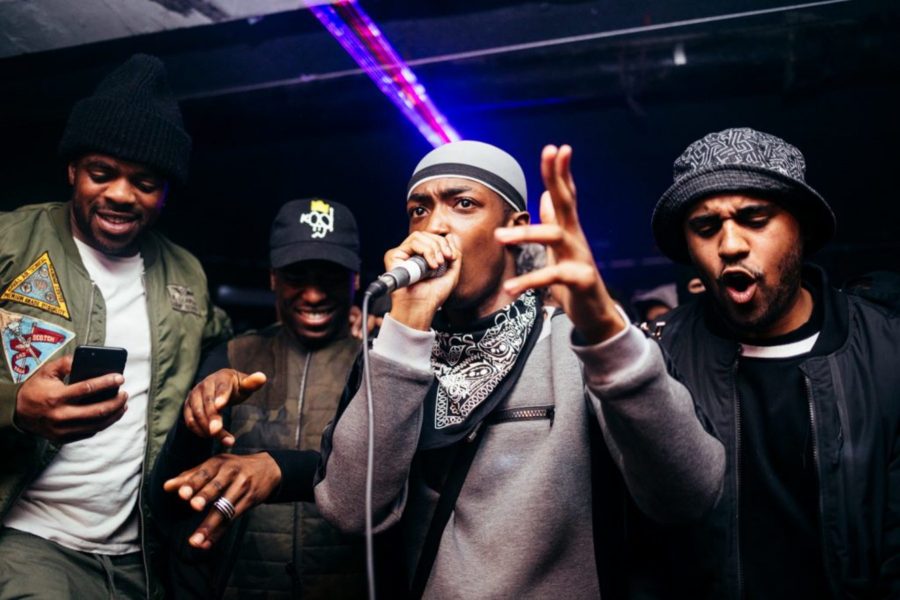 Now Floor SIXX is in full swing, and while it’s yet to debut an official mentoring session, it’s already providing structure and guidance for aspiring artists. “Take for example, Drifter, who’s never had a serious campaign in his life” Anderson highlights. “He’s gone from free-styling on SBTV to a Record of the Week on Radio 1, a video that’s going to premiere on a major platform, a pretty much sold out show at Mangle, and he’s been able to see the process of going in the studio and making your record, then getting it mixed and mastered, then getting the video shot, then seeing the edit, then seeing the artwork. He’s seen a whole process now that he can go and replicate.” The strength of her conviction is clear, and it’s hard to argue with a concrete example of Floor SIXX’s ideals in action.

Looking ahead Anderson and Black have big plans for Floor SIXX. “The aim of this is to have a Floor Sixx building where people can come and do studio and design and videography and have mentors there to help them.” The pair also have plans for their mentees to take over the day to day running of Floor Sixx once they’ve graduated the scheme. “It should be for young people by young people” she asserts matter-of-factly. For now, though, Floor SIXX will continue to raise money by dropping a new track each month and selling a range of merchandise online. As more and more people from across the grime scene and beyond get involved (Hyperfrank, Complex UK’s Joseph ‘JP’ Patterson and Mike Skinner are already part of the conversation), and Floor Sixx’s community and reach grows bigger, so too does its potential to elevate a generation of artists and music executives. “It doesn’t matter who you are” Anderson concludes “if you want to be a part of it, be a part of it.”