Norwegian pop star SKAAR discusses dealing with self-doubt and anxiety, her love of Coldplay and how she balances privacy and vulnerability in her music.

SKAAR is a musician with global ambitions, but she’s always kept her feet planted at home too.

The Norwegian artist began as a major pop star in her home country, notching prestigious Norwegian Grammy nominations for Best Pop Act and Best New Artist, and the natural next step was to take her music to a global audience. To that end, she has teamed up with friend and co-writer Mathias Wang to pen honest, strikingly vulnerable pop tunes that can resonate with an audience of millions.

Such an example is her new song “Get Him Away From Me”, which transforms trauma into empowerment in rousing style, and then turns on its head in the music video, which casts the intense narrative of the song in a mischievous new light – a clear sign of the versatility of SKAAR’s style. She has also turned her hand to acoustics, releasing an album titled ‘Waiting’ last year which saw a much quieter and softer version of SKAAR emerge.

Her career began rapidly with the signing of record deals off the back of her highly successful YouTube covers, and it’s not letting up now. To mark her ongoing success, we sat down with SKAAR to chat about global stardom, her music videos and the essence of collaboration. 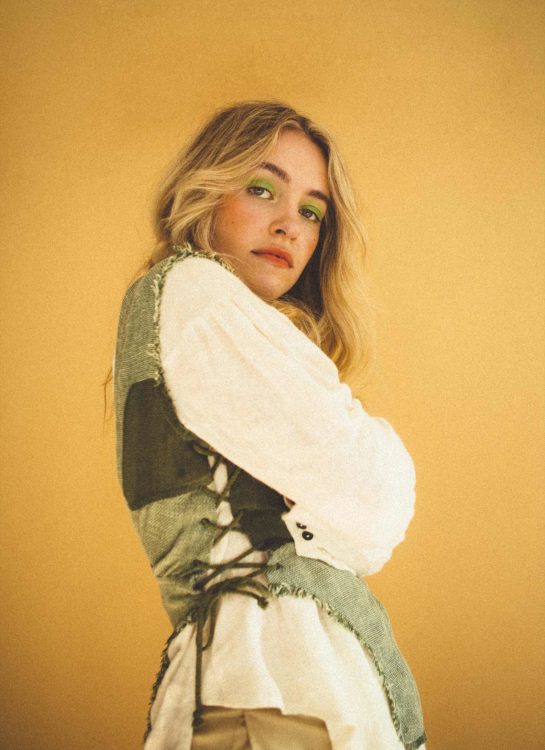 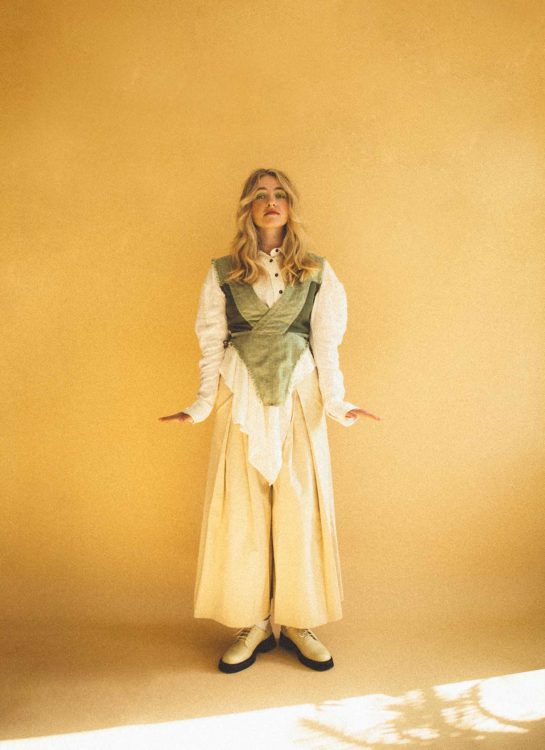 You really began your career as a Norwegian star. What does it mean to take your music globally now?

I’m really really excited to finally be able to take my music further out into the world! Because of the pandemic I haven’t really noticed if people know who I am or if they’ve heard my music. So it’s weird now that things are slowly opening up again and I’m about to release new music to see if people will notice or not. My goal has always been to just make the music that I need in my life, and hopefully that means that other people need it too. So I can’t wait to go out there, show my music and meet the people who receive it with open arms!

Why did you choose to adopt a more playful tone for the video of ‘GHAFM’?

I wanted the video for GHAFM to reflect the situation of the song. It has a very dark and painful undertone but I feel like a very normal way to cope with difficult feelings is to push them away and pretend that they’re not there, and that often happens with humor or jokes on your own behalf. Throughout this video and the music I’m about to put out, I want to show my struggle with taking my emotions seriously and the consequences that come with that.

What is it like to collaborate with Mathias Wang? Why does he feel like such a safe presence?

I love love looove working with Mathias Wang. We worked together for the first time for like four years ago when we had both just started making music. After that we didn’t write together for a while but we stayed good friends. Last year we started working together again, and what really made me go back to him again and again is his personality and ability to have no ego or pride in his work. As a young woman in the industry I’ve sometimes felt like my opinions or my ideas aren’t good enough, and I’ve struggled with pushing my way through or taking my place when older men/people have more confidence or a bigger track record than me. But Mathias has always believed in me even when I haven’t. He has always given me space to think and create at my own pace, and trusted that I can write music on my own if I want to. I also feel like he listens to me when it comes to the production part of the process, and everything we do together just really flows and feels very natural. He is also still a very good friend of mine, and working with friends is the best!!! 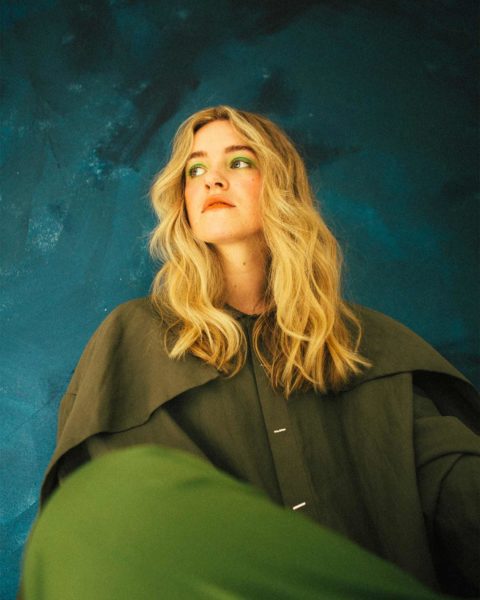 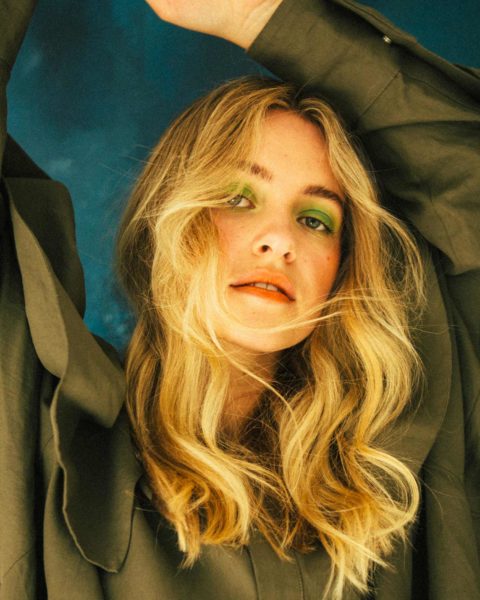 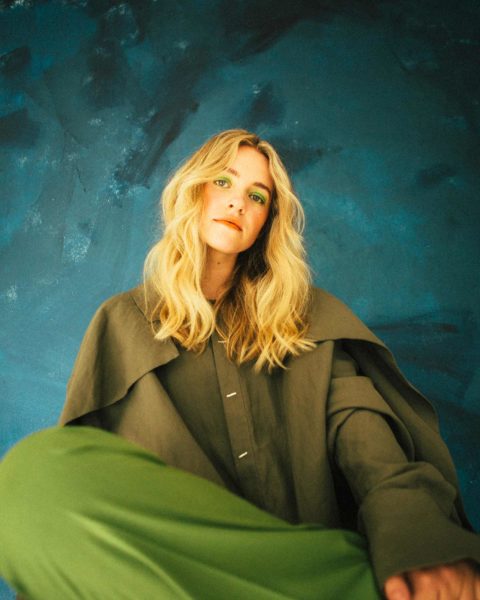 Was it daunting to be signed to deals so early in your career?

Both yes and no. I’m very happy that I got signed to a label that gave me time to develop my sound and to write music at my own pace, but it was also hard to feel that kind of “pressure” from an early age. I still feel like I have grown a lot after signing record deals and management deals, and I really feel like I’m still on a path to growing into the person or the boss that I want to be!

How have you dealt with self-doubt through your career?

Honestly, I don’t even know haha. I feel like my self-doubt comes and goes and the only thing that has helped for me is knowing that it will pass and that it comes in waves. Going to a therapist has also really helped, but I still have a loooong journey ahead. I’ve also heard that you get more confident the older you get? So I’m hoping it will get better!

What did it feel like to release the acoustic album ‘Waiting’?

It felt amazing to release “Waiting”. I’ve always made a lot of acoustic, melancholic songs on my own, and I feel like that’s where I started with music. So just going back to my roots, releasing music that gave me no expectations at all, it was just about me needing to ventilate, that felt really good.

What feels quintessentially Norwegian about your music? Do you feel you’re a product of the Oslo scene in that way?

I feel like the undertone of melancholia is what feels most Norwegian about my music. But even though I’ve lived in Oslo for five years I feel like my music has drawn more inspiration from Bergen, which is the second biggest city and musical hub in Norway. I come from Stord which is a tiny island two hours south of Bergen, and what they have in common is a looot of rain and cloudy skies. I feel like a lot of artists and songwriters from Bergen and the west coast of Norway get very affected by that, and what we have in common is that sad feelings or melancholia is often the root to our inspiration. 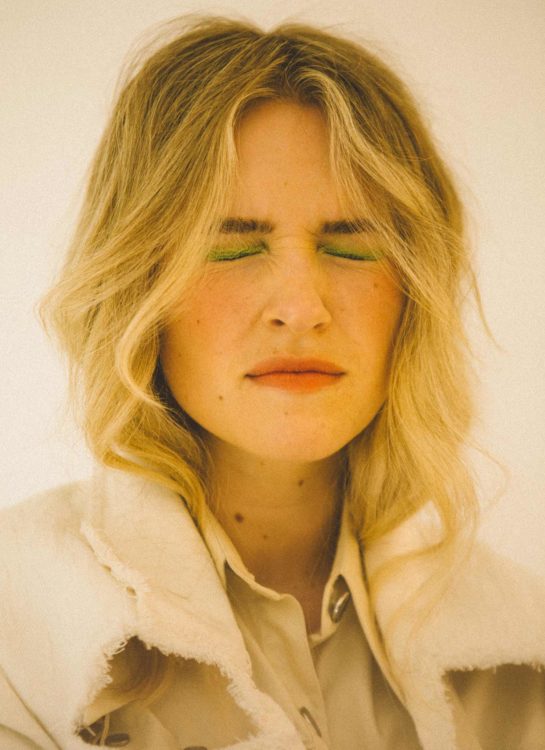 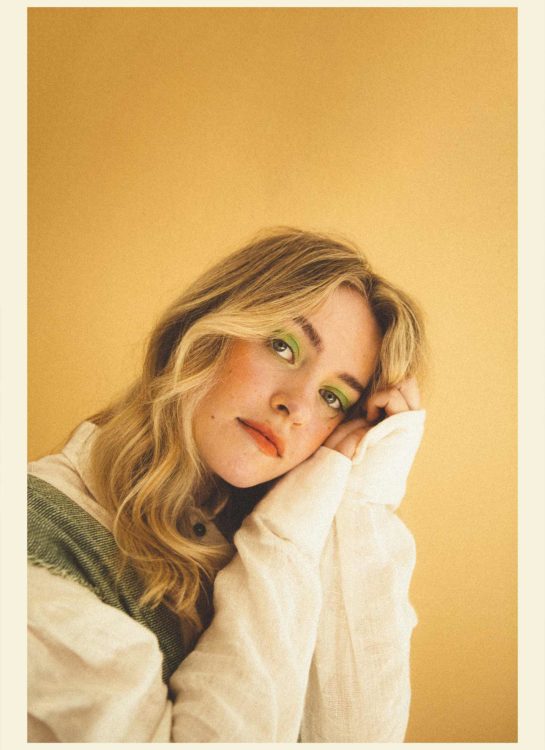 How do you deal with the idea of universal themes? Do you arrive at relatable concepts first, or does it come from your own experience?

I feel like I always try or need to draw something from my own thoughts or feelings to write music to myself. That will most likely end up in a theme that a lot of people can relate to, cause most people experience a lot of similar situations to each other in life. But I have an urge to sing about something that comes from me to be able to fully give it meaning. But I think as a songwriter, you’re also able to listen to a lot of songs and a lot of lyrics and give it meaning cause you can always draw lines to relate.

Who would you like to collaborate with outside or Norway?

Hehe, eeeasy question. COLDPLAY! I mean, Coldplay is and has always been my biggest inspiration. I grew up with them and would not be doing music now if it wasn’t for them. One of the reasons I chose to sign with Warner Music is cause I knew Coldplay was signed there. So my plan has always been to work my way up to be able to work with them at one point. If or when that happens, I can die whenever hahaha. Then I’ll be happy and fulfilled!

How do you balance vulnerability with personal privacy in your music?

Tough question! One of the things I find the hardest to do in my life is balance. I usually go 100% in for things or I don’t do it at all. For me it has never been a question if I should be vulnerable or not in my music, cause that has always felt so natural. But as I’ve gotten older (and still growing eyy) I’ve realized that things do get to me more than I thought. After I started going to therapy I also realized that I do need to protect myself as well and I’m still figuring out how to do that. So, no clear answer but I’m working on it haha!

Going to therapy and taking more care of myself! The journey to becoming a more confident person with less anxiety is heavy as fuck. But it is really inspiring as well and it’s been giving so much to watch myself grow in how I treat myself. Also seeing that being more kind to myself makes me treat other people better too is just the best feeling. It’s hard but I’m getting there <3

I’m manifesting soooo many things! First of all, pandemic: GONE. Anxiety: VANISHED. Happyness: ETERNAL. Being kind to myself: More often than I was last year!! I mean, this is tough manifestations to follow but a girl can dream hahaha 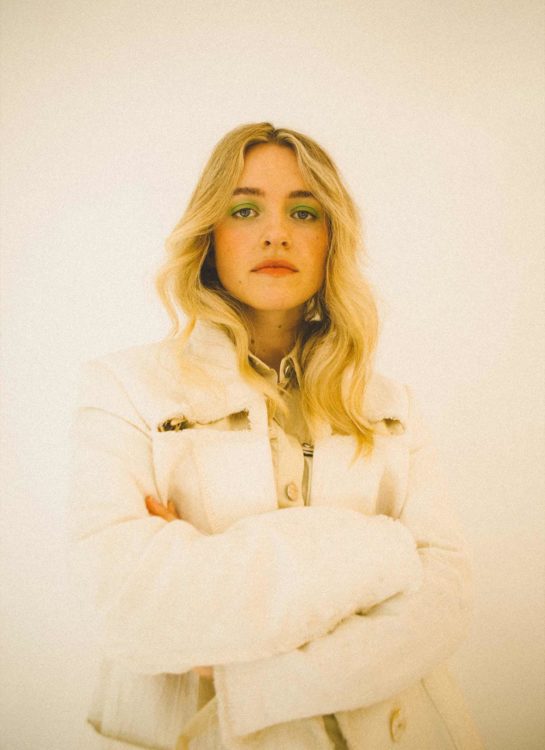 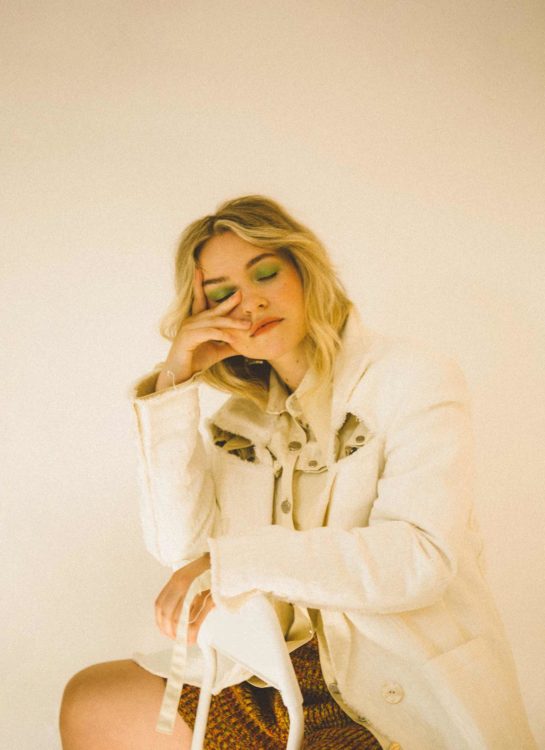 Listen to 'Waiting' below: