Finnegan Tui has released a haunting electronica ballad, "Spring", describing the search for hope at the darkest time of year.

Finnegan Tui was born in New Zealand and nurtured his own musical talent from an early age, but he truly found himself in his move to London, earning a scholarship to study at the Guildhall School of Music. Tui immersed himself in the capital city’s artistic scene – beyond regular gigging, he also exhibited works at the Tate Modern and Barbican and took commissions from the likes of Channel 4.

Tui announced the start of his solo journey last July with the single “Once I’m Gone”, and has worked with blockbuster sound designer Niv Adiri alongside producers who have shepherded tracks from the likes of Mumford & Sons and Alt-J. He’s in the process of recording his debut album.

His new track, “Spring”, is an announcement of Tui’s unique musical sensibilities. With minimalist production that strips it all back to focus on his bold vocals, the track is a perfect reflection of those dark January days spent yearning for the comforting warmth of spring. Using a backdrop of thrumming electronica to accentuate the track’s quiet emotion, “Spring” is a ballad that takes us from despair into the inevitable rebirth that spring will bring about. It’s short but impactful, taking us on a journey through Tui’s intricate wintery landscape in just under two minutes.

On the track, Tui has said: “Spring is about questioning whether a good time will return in your life. Written in winter when I found it hard to believe that the skeleton trees that surrounded me could somehow blossom into vibrant life again. The song is also about time and the cycles, seasons and inevitably of life.” 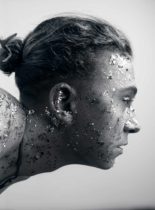