In September 2017, to little fanfare, GRM Daily uploaded the debut single of Ramone Rochester, an aspiring MC-cum-singer from Mitcham, south London. Titled ‘Barking’, the track and video sat amongst the rest of GRM’s wealth of uploads, steadily gaining hits but more or less unremarked on. By Christmas, it had reached over seven million views and by January, Rochester, known best as Ramz, was facing down Eminem for the number one spot in the charts.

How Ramz got here is a story that says a lot about today’s music industry, from the quasi-meme status that the track acquired over the months since it was originally uploaded to GRM, to the way that Ramz has turned the ambiguity of his viral fame into a career. In the seven months since ‘Barking’ dropped Ramz has signed with Polydor, played shows in Dubai and booked a spot at British rap music’ biggest proving ground, Wireless festival; where he’ll perform alongside the likes of Wiley, J Hus, Stormy and a host of the world’s biggest hip hop talents from Migos to J Cole. To think it all started when a handful of Twitter users latched onto the lyrics of ‘Barking’ and asked themselves, and the world; what’s a guy from Mitcham doing linking a girl from Barking a 7 AM?

It’s a question that thus far Ramz has more or less refused to answer. A smart move, business-wise as any answer he gives will no doubt be disappointing compared to the collective speculation of Twitter over the 2017 winter break. However, after another single in the multi-million views club and a feature with our current cover star RAYE, on the remix of ‘Decline’, we had a few other questions for Ramz. For the latest instalment of Summer Wave, we sat down with the South London artist to find out about going to church with Michael Dappah, touring the world and getting ready for that Wireless performance. 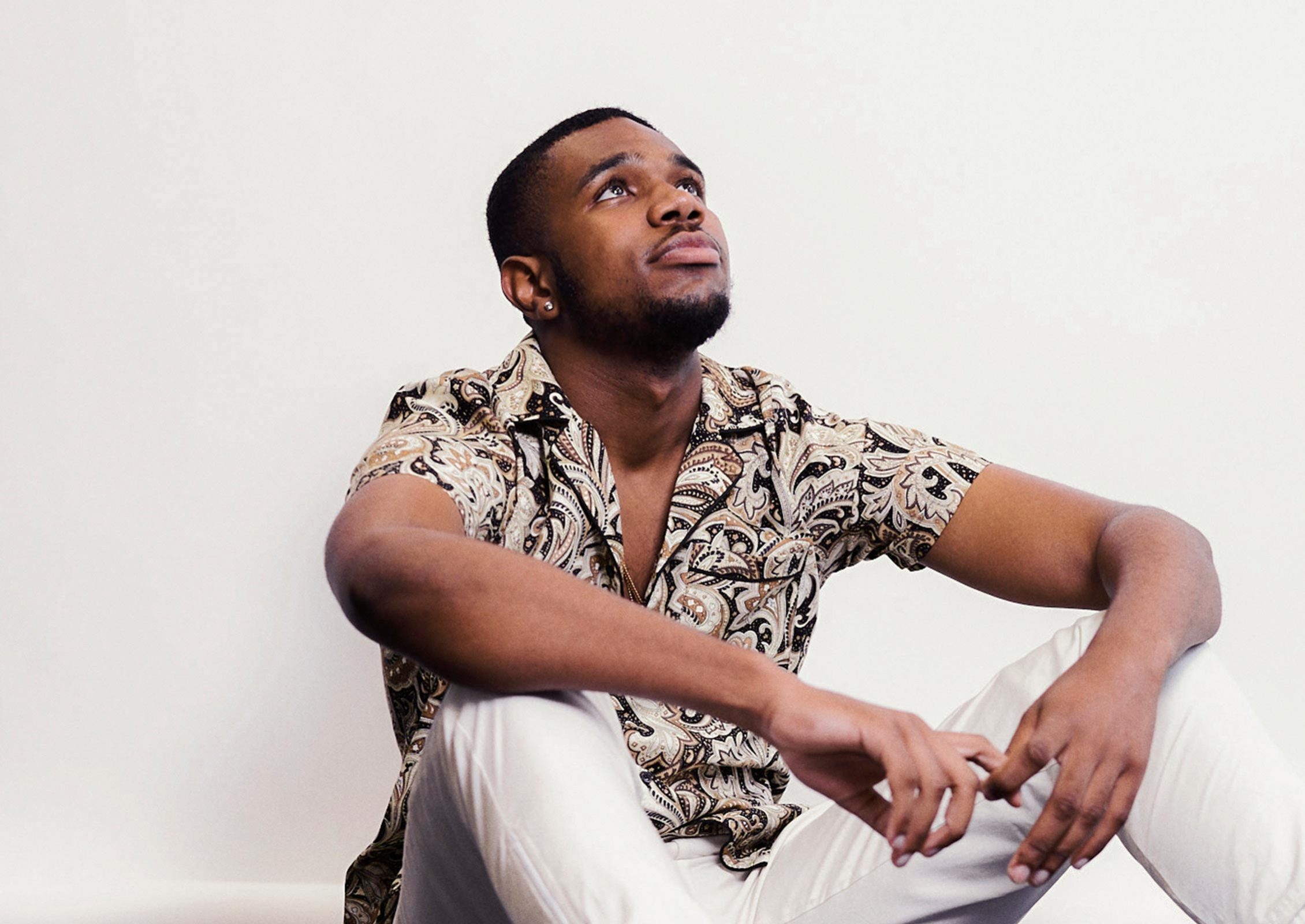 Notion: I think the best place to start is ‘Barking’, what’s life been like since that all happened?

Ramz: Life has been a big turnaround I think that’s the best way to describe how things are right now. You have to play a lot of catch-up when things start getting dashed at you very fast. When things get dashed at you fast, you’ve got to do things that you weren’t doing before. Your routine changes, you adapt to a different lifestyle, but at the same time, it’s good. You get to network a lot with different kind of people you’ve never met before.

It’s been a few months now since you released it, are you starting to feel more like a professional artist than someone who put this song out and it just went nuts?

Yeah, day by day you gradually begin to get that feeling that you’re becoming a professional artist and that you’re out there to your area no more. You’re an international artist, and you’re doing things that you dreamed of doing. It’s a good feeling.

When you made Barking, did you know it was going to be a hit?

It was my fourth song in, so to me, that was the song that was vibish [sic]. Because I was watching a lot of grime stuff and Boiler Room, it influenced me to rap, but I’ve always had melody in me, so when you go to a track like ‘Barking’, [it has that side of me in]… I feel like I  didn’t know how it was going to be. It was one of the first tracks I recorded, it was sitting there for weeks, weeks turned into months, months turned into a year, you think ok, so what are you doing with it? You want to put it out.

I work off my friends a lot and my mum as well. When my mum tells me ‘this is a good song’ then I know it’s a good song. I feel that parents are the hardest people to get to like your music because they’re the ones that can show the children and control what they listen to.

The next landmark was the ‘Decline’ remix with RAYE, how did that come about?

Me and Raye go way back, we used to go to the same church, along with a few others like Michael Dappah as well, so it was a quick turnaround. She shouted me, we got in the studio and released it the same week. We did the video the day after the recording, so I was there not knowing all the word, but I managed to get through it haha.

Do you feel like you’re learning about the industry on your feet?

Yeah, I’m learning every single day. Even if I’m not around the industry, I’m still learning. Even if it’s just going on social media or going to the GRM office, I’m still learning. I feel like it’s a good place to be, not a lot of people know what goes on inside but when you take that step inside you realise like ‘ah this is the reason that A and B happens’.

I guess part of that adjustment as well is being in the public eye – there was the video of you talking about brands sending you clothes – as someone whose only a few months into that, is it weird having to monitor yourself like that?

Yeah, very! I think I will talk for a lot of artists, that artists feel the same way, but no one speaks on how they feel and I’ve always said to my peers before I properly got into the game, that I would speak on how I feel. Somethings do get worded wrong, like with that video. When I look at that, I think I said what I wanted to but it wasn’t the best way I could say it.

Does life in the public eye affect your songwriting in any way?

I would say no, I’d say I still tend to talk about things that I do on a day to day basis. I might talk about doing this shoot, just things I do, I guess when I was at uni my day to day life was different so it’s hard, but yeah, you have to be careful what you speak about. When you’re wary, that’s when I think it tends to go wrong though.

Your next single is ‘Family Tree’ – can you tell me about the vibe/ inspiration?

The inspiration was my family and friends; sometimes your friends are also your family. I’ve got a lot of friends that are there for me, and I see more than my some members of my family. That’s the message.

Was there any particular moment that made you reflect on it?

I think sometimes I wake up and I have a feeling, or I might feel some type of way for a whole week. I can tell I might just write about that feeling all week; I can work on one song all week. 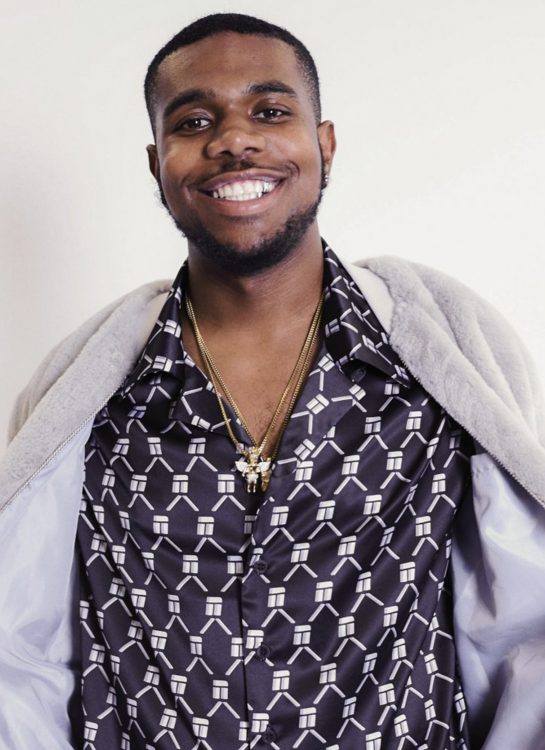 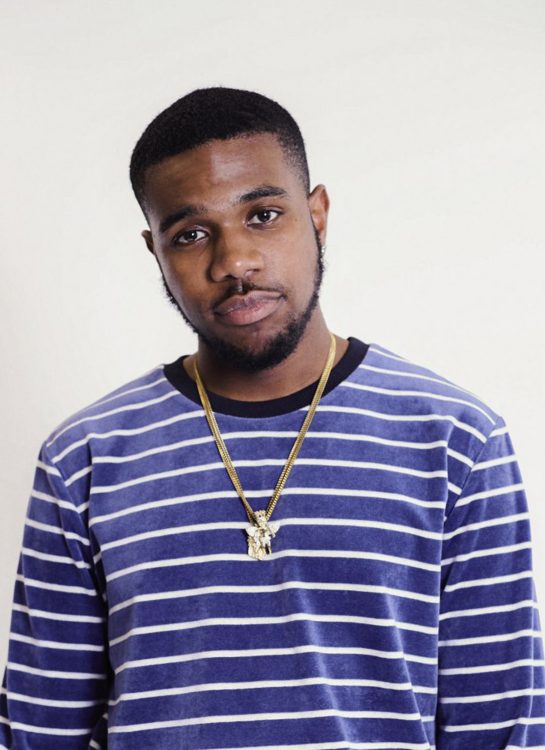 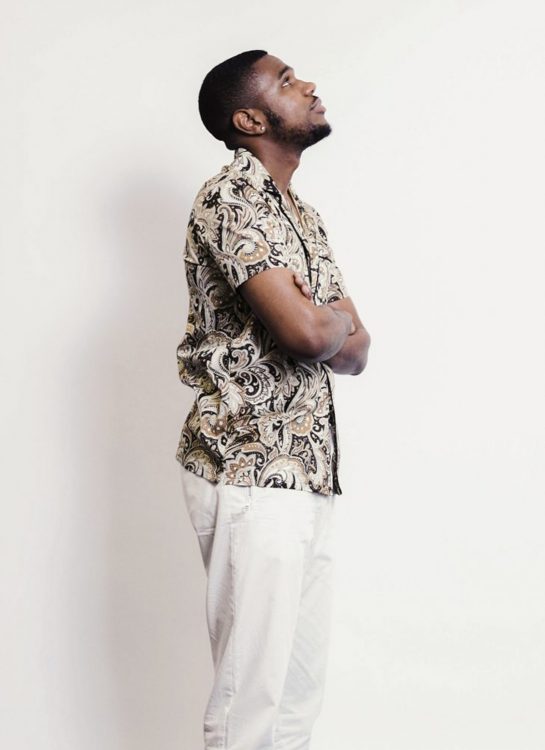 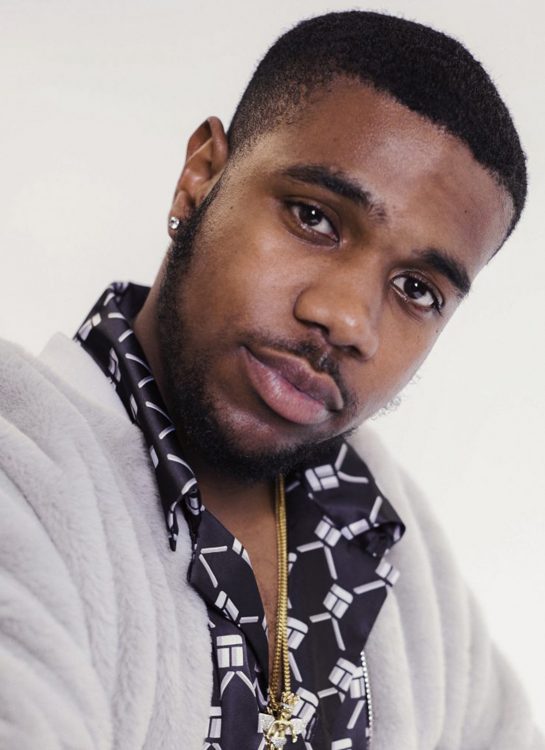 When you’re going about your day to day life and you see stuff like Burna Boy remixing ‘Barking’, how does that feel?

Yeah, it is weird. You go from being in uni, someone who just tweets anything or posts anything on IG then it flips and at the same time, you’re getting people in your mentions. It’s good to see people like that, guys covering my song. I’m getting followers like J Hus and Stormzy, and you realise that these people are here for you as well, which is good.

You have to be calm about it, but at the same time you want to be excited, these people never used to speak to you before, and now they’re doing this stuff.

That was the early stages of ‘Barking’ when it was on like 500K. It was funny looking back at it, telling my mum and grandma. Obviously, my grandma is much older and she knew about Polydor and was telling me to go to them. I was thinking ‘grandma you think you know the music business now’ haha. Then again she’s older and has more knowledge.

Looking ahead, you’re performing at Wireless, are you playing anywhere else?

Yeah, I’m going to Japan as well for a festival there and then few in Sweden and Greece as well.

It’s your first summer playing festivals, how does it feel? How are you preparing for it?

I will be coming out with a project so people will know more songs. You’ve gotta play catch-up so it’s head-down mode.

Where’s the most far away place you’ve performed so far?

Dubai, the other week. We played in three different clubs, places where big people have played before. It’s very nice; I see why a lot of people go out there.

What’s your goal by the end of the year?

I want to win some awards, I’m coming for the MOBOs, coming for a lot of things people don’t think I can win.