Fashion’s ultimate upcycler, Duran Lantink, debuts his first digital runway show with the help from a fleet of drones.

Dutch designer, Duran Lantink has been breathing new life into vintage designer pieces and sharing his commitment to sustainability long before it became a mainstream talking point in the fashion sphere. Lantink’s cut-and-paste approach has led him to being shortlisted for the 2019 LVMH Prize, as well as being given the key to the Browns’ warehouse to upcycle unsold inventory for special capsules. His radical identity is focussed on combining materials from rival brands in an industry obsessed with newness.

Lantink has now debuted his first digital runway show, titled “Springsummerautumnwinter”. “Sex sells” was the foundation for what Lantink has labelled his spring/summer/autumn/winter 2021 collection. Usually creating looks that were fully covered up, for this collection the designer wanted to explore this idea, by revealing body parts that are rarely seen.

The season-less show spliced up unworn pieces from Lantink’s previous collections along with deadstock duds from all the major labels. Whether it was a Prada wool coat merged with a Louis Vuitton monogram canvas, the collection was full of one-of-a-kind pieces made up of designer archives from Balenciaga, Off-White, Comme des Garçons, 1017 Alyx 9SM, Fendi, Moschino, Givenchy, Balmain, GmbH, Proenza Schouler, Walter van Beirendonck and Ellery. 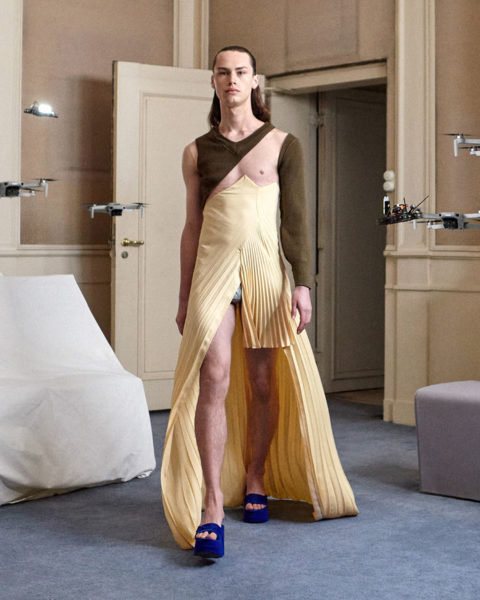 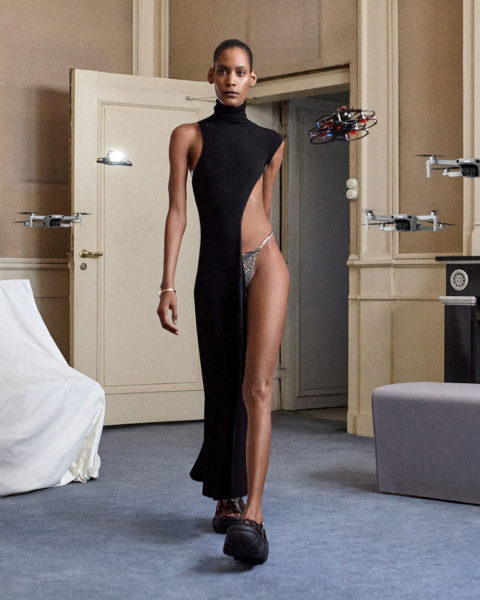 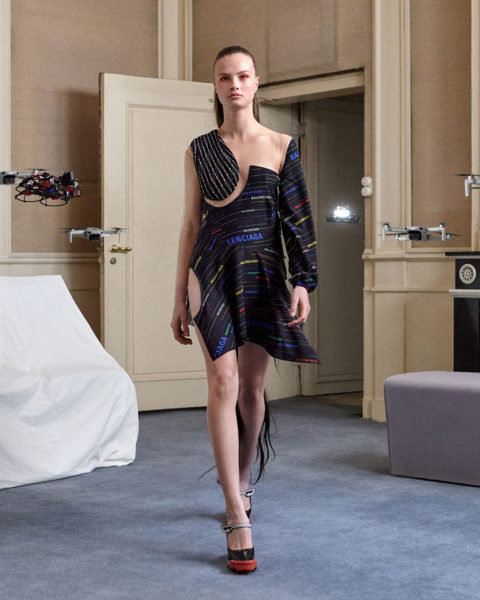 Subverting from fashion’s norms continued throughout every aspect of the runway show. Celebrating a cast of fluid models who waltzed to a soundtrack of apocalyptic music through the Palace Soestdijk in his home of the Netherlands, Lantink questions the relevance of having influencers, editors, and celebrities at the show. Instead, the digital show of upcycled apparel was viewable via a fleet of fast-moving drones.

In the teaser for the show, one of the drones could be heard with the voice of the great, Sir David Attenborough. Through this, Lantink wanted to reflect on the link between fashion and its hard-hitting affects it has on our environment. The Dutch designer is taking his untraditional, upcycling services one step further. On his newly launched e-commerce platform, customers will have the ability to resell their Duran Lantink pieces through the brand or bring them back to be dismantled and redesigned.

Now that more brands are keen to upcycle and make sustainable changes, Lantink remains sceptical about how dedicated these bigger brands are to creating a less wasteful, circular fashion landscape, or whether this is just a “what’s popular now” type moment in time. 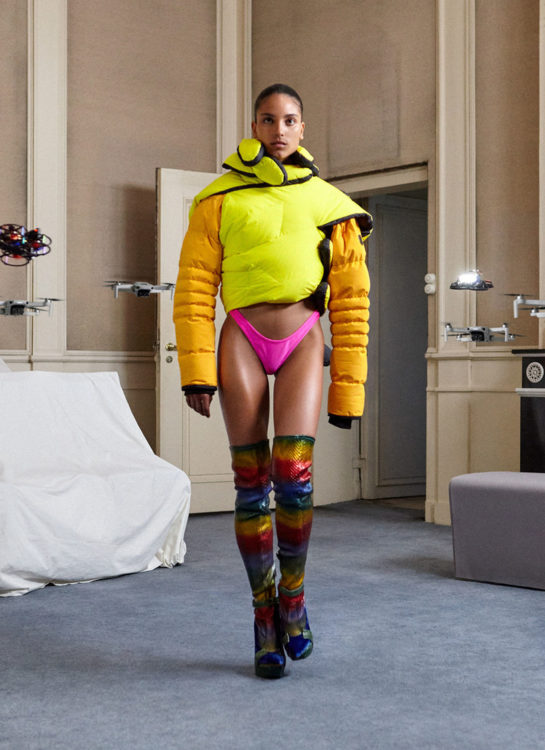 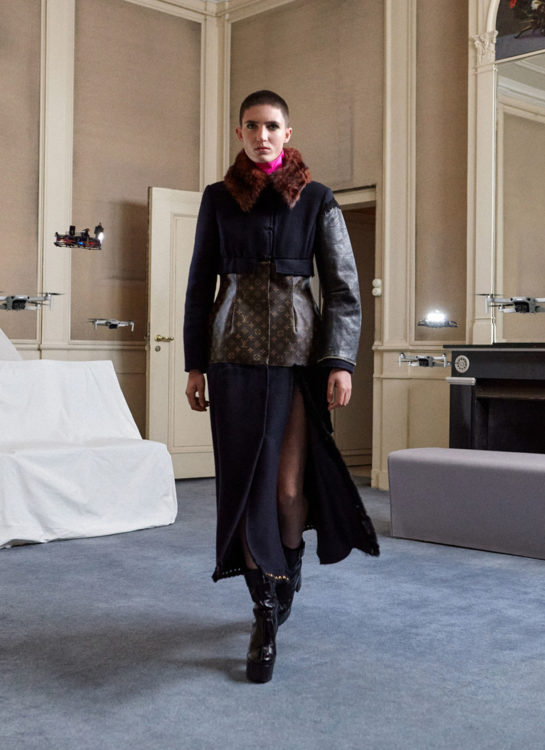 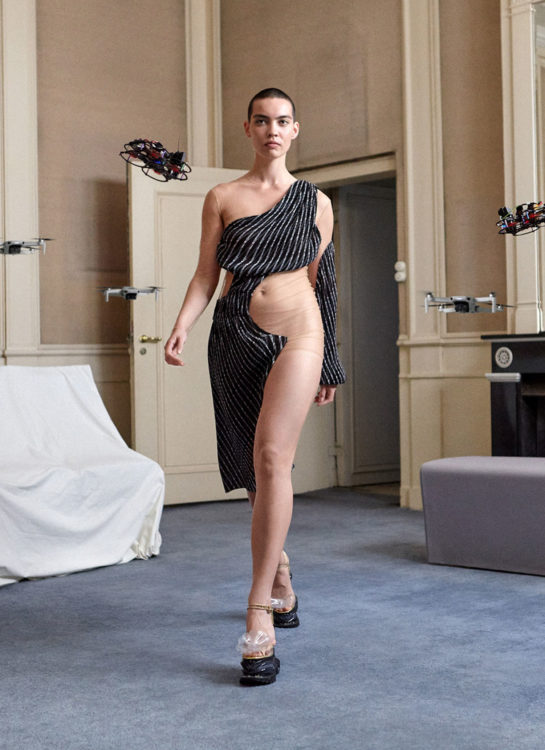 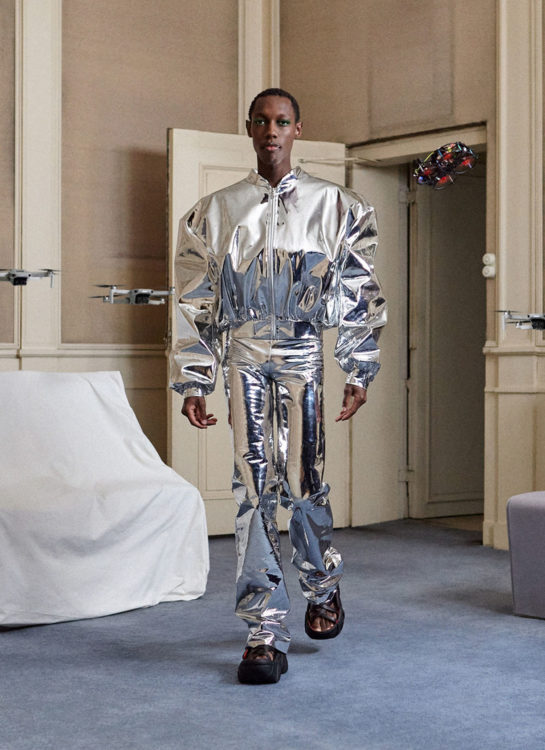 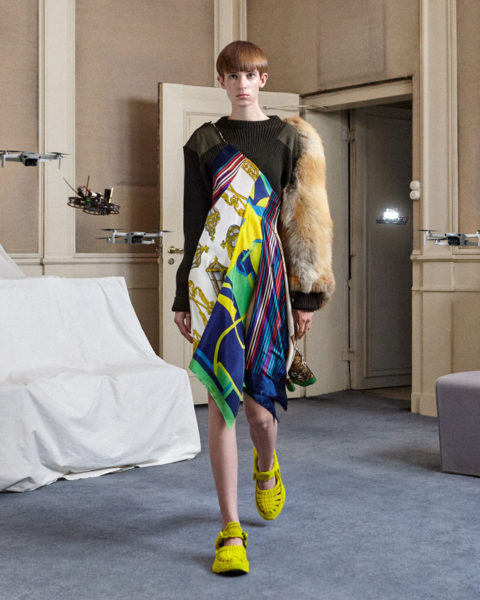 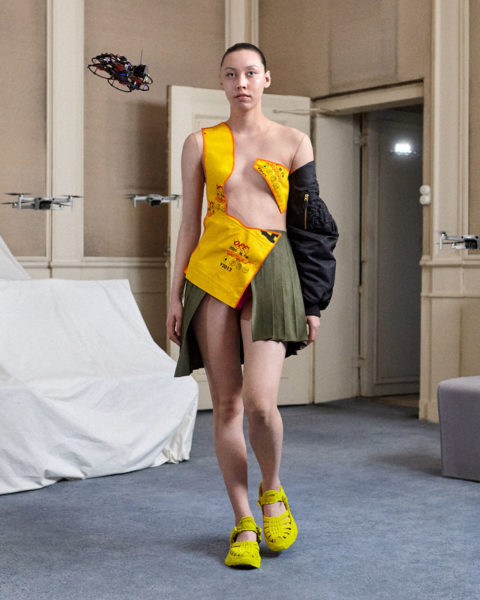 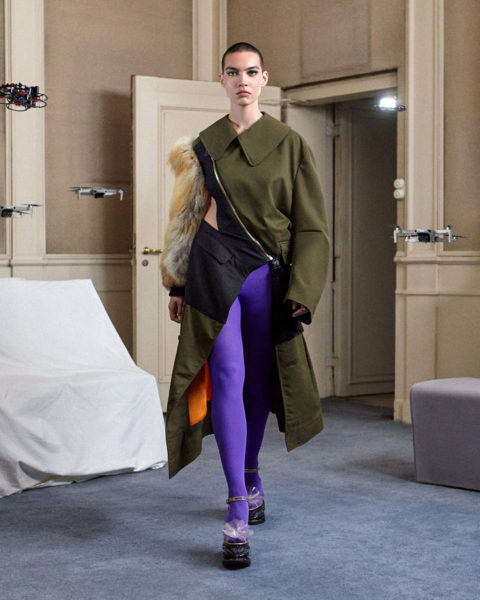