From singing Akon’s hit “Lonely” in the booster seat as a kid to selling out shows, we caught up with Manchester’s very own SVMI as he takes us behind the scenes at his EP listening party. 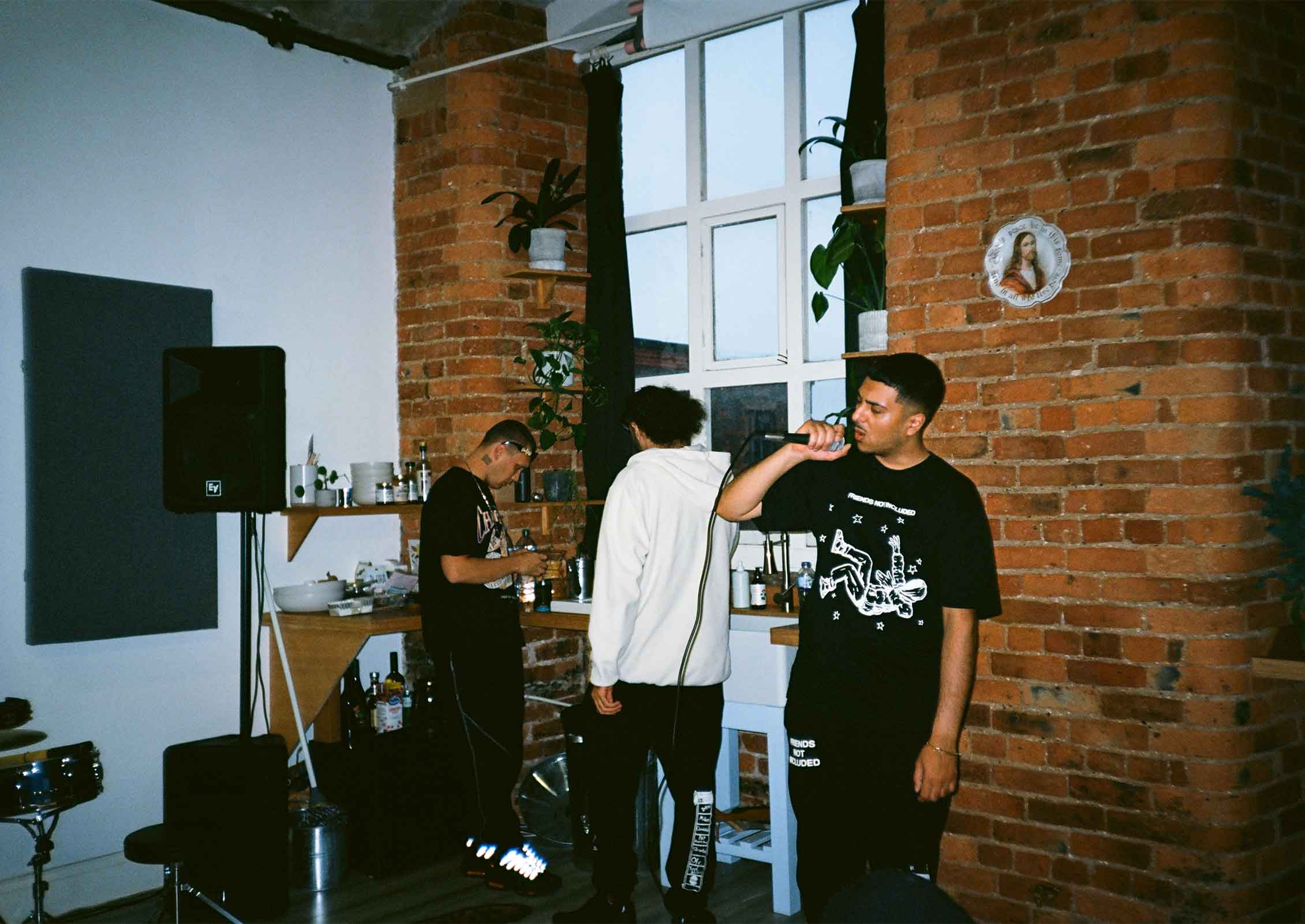 Hailing from Manchester, multi-talented artist, director, and producer SVMI is hard to box into one particular sound. His genre-bending wave is best described as “a vibe”. Ever since stepping onto the scene back in 2019 he’s dropped a slew of boast-worthy singles from “Bait Lies” alongside fellow Mancunian’s A1 and P1 Caps, “He Say She Say”, “Old Friends” and more, which have in turn accumulated a cult-like fan base eagerly waiting for more music to drop. As for many musicians, becoming an artist wasn’t the original plan for SVMI, who had originally started out directing music videos for people in his home city before stepping into the booth and shutting sh*t down. It took one studio session with frequent collaborator WhyJay for the artist to stumble across his talent – the rest is history.

More recently SVMI gifted his supporters the release of his highly awaited EP ‘Ma Mood’. Set across seven wheel-up worthy tracks, this versatile project has been worth the wait. From the seamless “INTRO”  to the bouncing sounds of the pre-released smash “P.O.P (Hold It Down)” to the emotive ending “FEEL ALIKE”, ‘Ma Mood’ is the perfect introductory body of work as SVMI begins to solidify his position within British rap.

Notion got the chance to catch up with SVMI to talk all things ‘Ma Mood’, his journey thus far, and more. Plus, we got an exclusive look behind the scenes at his EP listening party. Check it out! 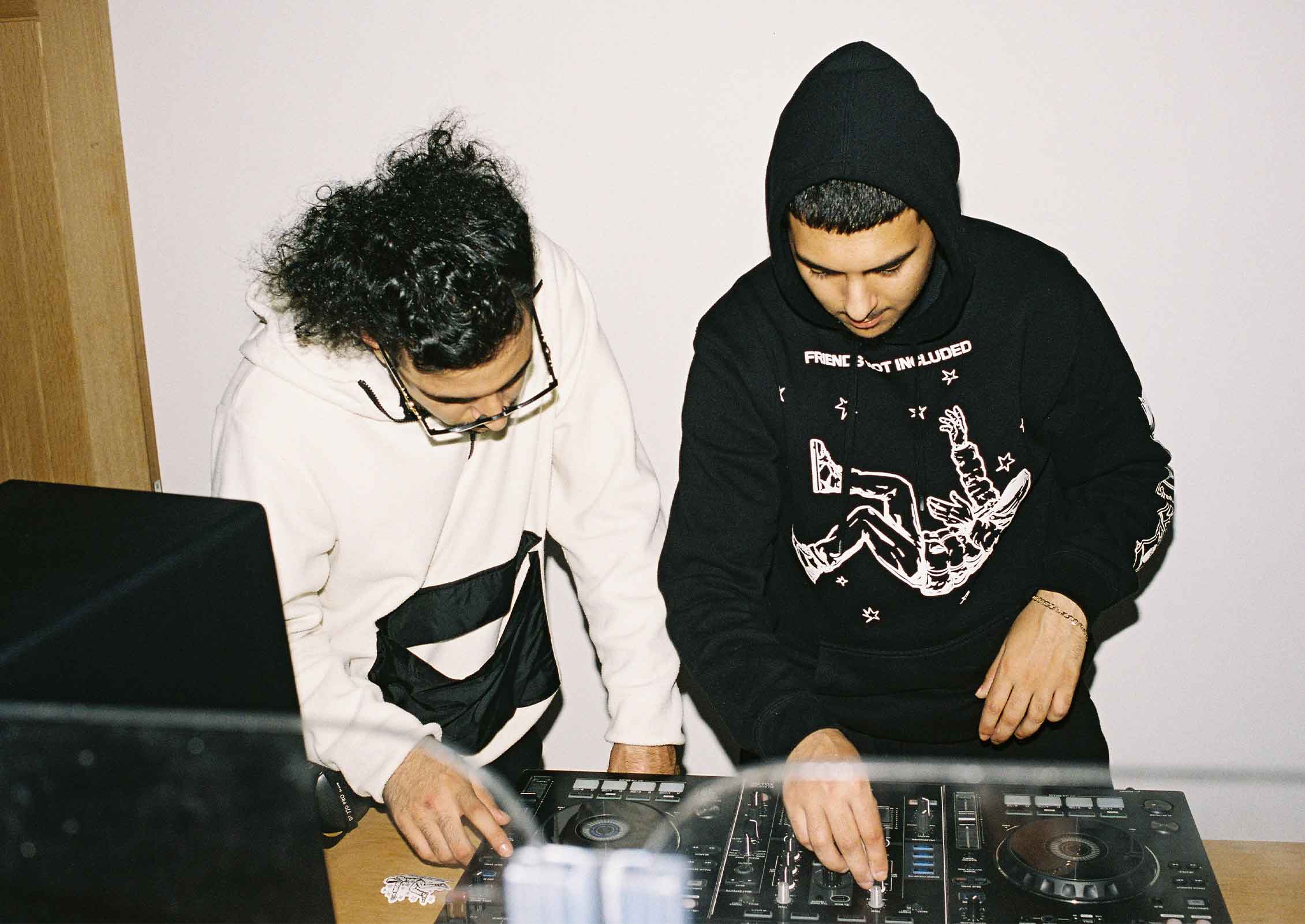 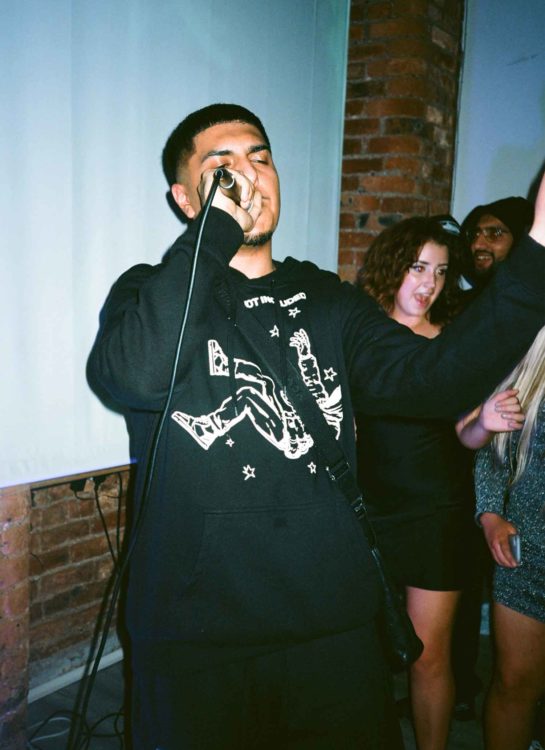 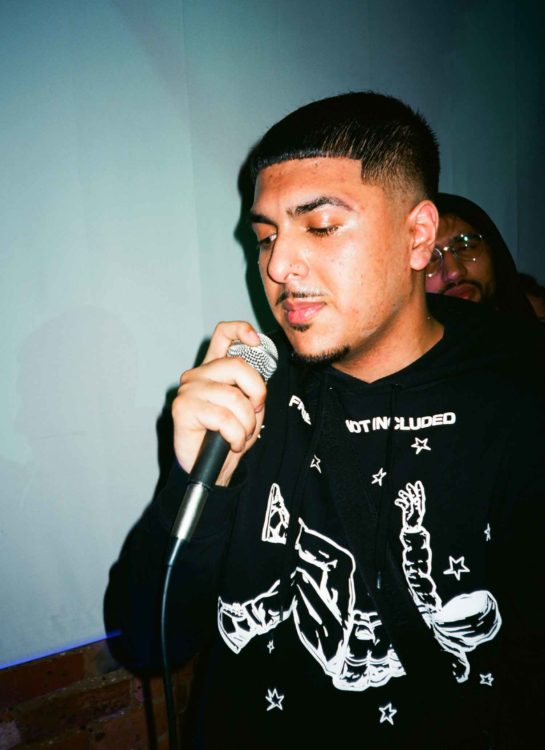 We are almost at the end of lockdown now. How have you been finding the past year or so as an artist?

I have been taking it how every artist is taking it. I have been plotting the releases a lot more carefully. I guess you have to work with the times now because we can’t do shows, so everything is more streaming-based. You have to come correct with how you create and release things. Creatively, it’s been the same as it always is: you’ve got to be able to set some sort of level and bring something different to the table. It’s not easy nowadays, the game is getting madder in the UK.

For people that are unaware of your journey so far, could you talk us through a little bit more about your introduction to music and what you were listening to growing up?

Growing up, I was listening to a lot of 90s R&B from my sister, and my brother would play Biggie; I grew up listening to everything from Biggie, Akon, and Nelly. As I’ve gotten older, I started listening to Trap and rap sounds. It’s all poured into one and created the sound that I have now – I’m heavily influenced by everything!

Do you remember your earliest memory of music?

Probably singing Akon’s song “Lonely” in the booster seat in the back of the whip! That tune is a banger though.

What made you want to take music to the next level? Even with directing, was there anyone’s camera work you liked specifically?

Being a director, you are always around artists and will have friendly relationships with them. I’ll be thinking of ideas for the music video whilst they’re making the tune. Everyone is friendly in Manchester and it’s mad small. Sometimes I might have just jumped on the mic and have a bit of fun with the boys. I’ve always been producing as well on the sly. I jumped in the studio with WhyJay and we were making this a tune with Aitch, I recorded a hook for it and he looked back in the booth and said “Bro! You should genuinely consider taking this seriously!”. I told him to shut up because we were just having fun, but from there, I guess I did end up taking it seriously. WhyJay’s words kept pondering around my head and here we are, I’ve just dropped my first tape. 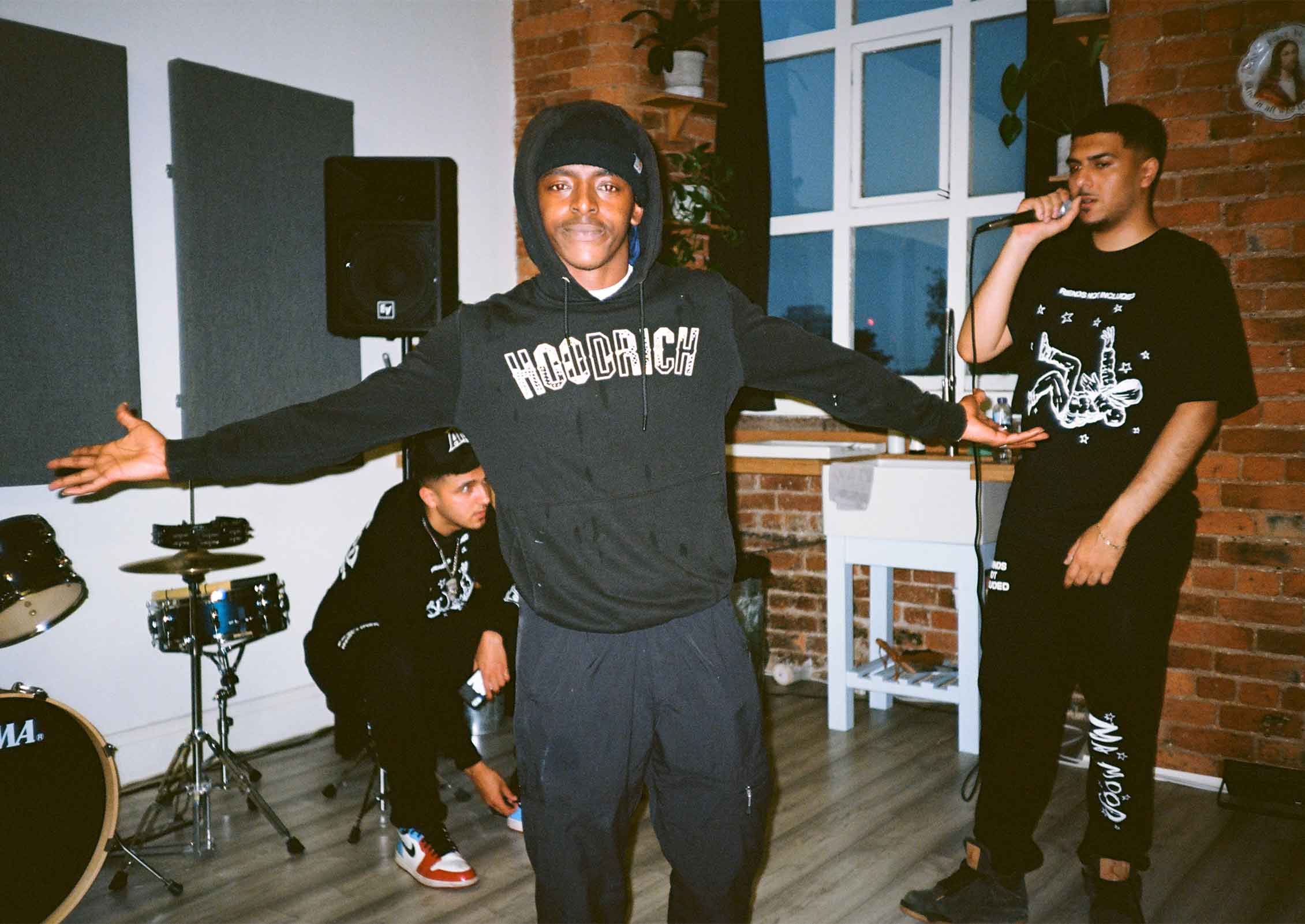 How has it been between navigating the two and pursuing your artistry to the level that you have now?

It is hard, it is not easy, but I guess that’s what comes with being able to juggle both. You have got to have the patience and handle what comes with it. Sometimes you will have to prioritize one over the other. Sometimes I’ll have like 50 clients on me for videos asking where it is – nothing good comes easy, you have to grind it out.

Talk to me about this EP then. What inspired the title of ‘Ma Mood’? Is this introductory to your sound or did you want to convey anything in particular?

The EP is pretty self-explanatory. It’s my mood just set within the EP. As a whole, it’s how I’ve been feeling over the last couple of years. There’s music that I have on there from 2 years ago up until now with LiTek and Kamali. I had another project lined up after “Bait Lies” and “Old Friends” and I ended up scrapping it because it didn’t feel right. I’m happy with it, as a whole. The body of work and the artwork are way better! It has the emotional sounds to the lit sounds. Everyone can relate to at least one track on the EP. I’ve been blessed to have NQ behind me to help me with it all.

What is your favourite track from the EP?

It depends on my day! There was a point where it was “Feel Alike” because man was going through some sh*t, then I was in a lit mode, so it was “P.O.P” – it’s still “P.O.P”! I performed it for the first time the other day. I was smiling for like 3 hours after, it was mad.

How was the EP launch party?

It was f*cking lit! I want to go back and do it again. I’m happy the feds didn’t come and lock it off! Considering I haven’t performed in ages, and it was always me coming out in other people’s sets, it was different this time. It was my set, I was bringing out the mandem and I came on last. It was crazy to see how the fans were enjoying it! Some people travelled 6 hours to come and see me!

Did you get nervous before the performance?

I was kinda nervous, but I was ready to do it because I’ve not done it in around 2 years. I just wanted to shut sh*t down. It was all good vibes, I couldn’t have asked for a better crowd. 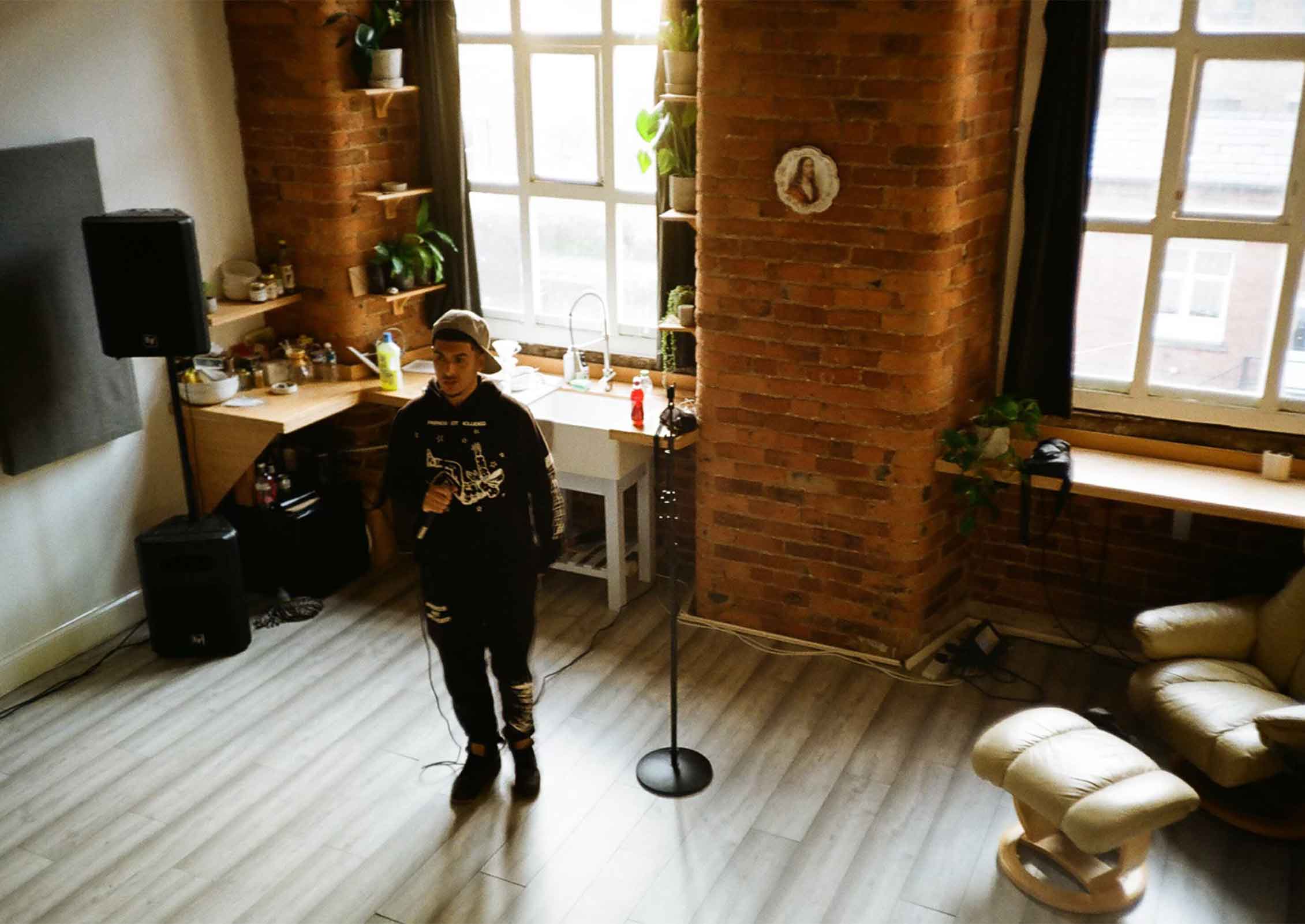 How would you go about describing your sound? You’ve made your own vibe!

I think you just said it! Every time I’ve been asked that question, I can’t say rap, R&B, or Trap, I can’t mix them. My music is a vibe! It’s a new wave!

Putting the music aside, what does SVMI like to do for fun?

I like to party. I love a good bit of breeze and greenery.

I do you know. I am quite wholesome. I like being around the mandem in the studio, just the usual.

Is there anyone in your playlist that people wouldn’t expect you to be listening to?

What about collaborations? Are there any you have your eye on?

I want to fly over to America and lock some in. UK wise, I want to do a tune with our kid Aitch. We’ve got one in place but we’re just waiting to release it. I don’t know how on earth this would work but I f*ck with Backroad Gee, he’s so hard. I don’t think there’s another artist who is gassing me like that. If I’m in a bad mood I just put him on, and he gets me out of bed.

What else can we expect this year if anything?

A lot more singles. I’m going to let the EP simmer. We’ve still got some merch for sale! Potentially another tape at the back end of the year – work affi run. 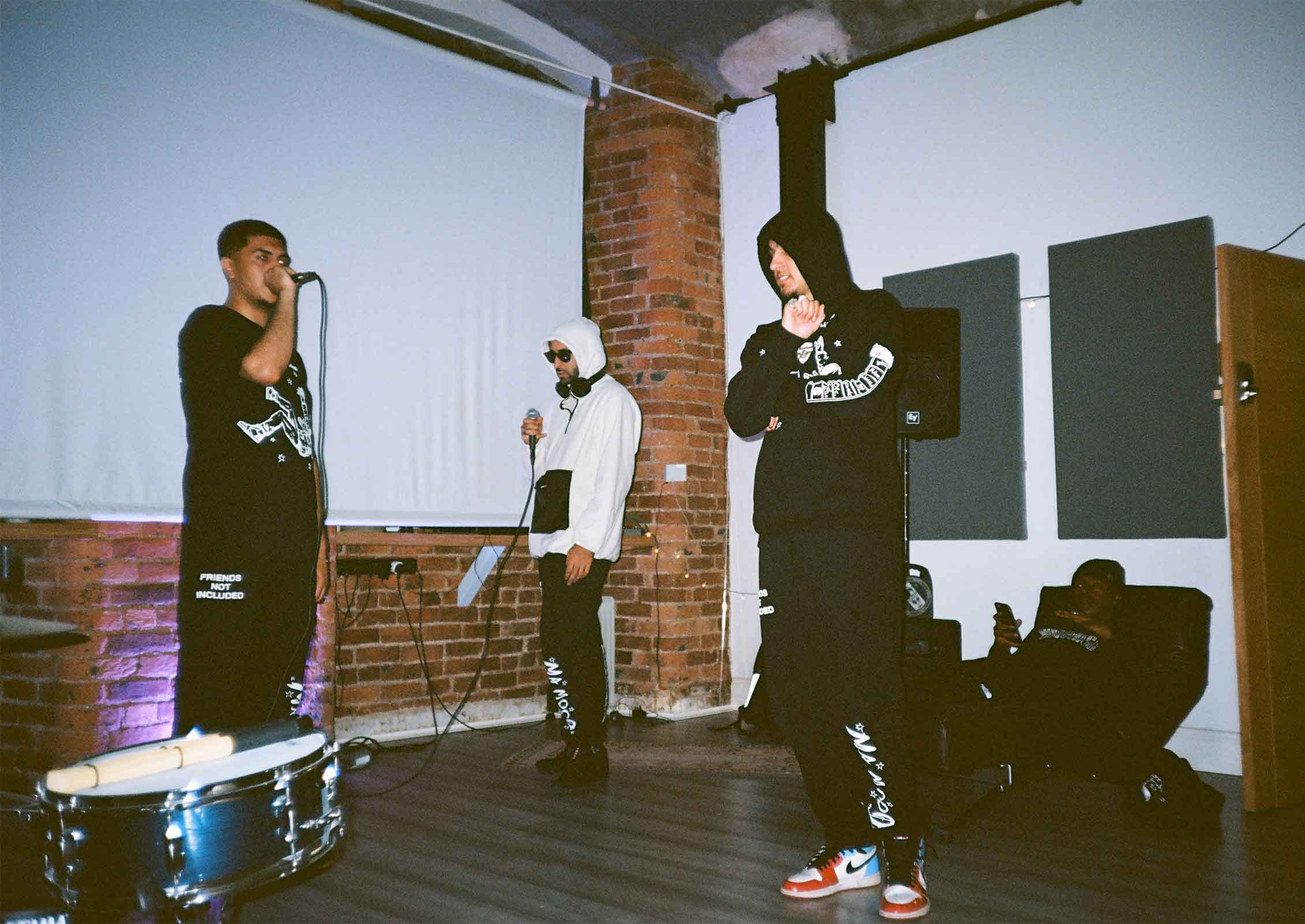