Sylvie Kreusch is Just A Touch Away

We catch up with Belgian artist and creative, Sylvie Kreusch, about her newest single "Just A Touch Away", her journey as a music composer, and discovering music as a teenager.

With theatrical dance moves and vintage style music videos with a touch of futuristic elements, Sylvie Kreusch is a full force creative that’s carving her own lane in the world of disco-pop. She harnesses the power to create worlds and immerse us in that experience with the combination of her atmospheric soundscape and her word-painting lyrical ability, expressing that “I sing the words I don’t dare to speak out loud in my personal life”.

Kreusch’s creative expression expands beyond the world of music and into fashion and production. She has caught the attention of tastemakers in the fashion industry and starred in four different editions of Vogue, noting her as Europe’s next ‘breakthrough star’. She has worked with brands such as Prada, Victoria’s Secret, BMW, and more and was recently commissioned to create a music video to showcase the Azzaro couture collection.

Following the release of her 2019 EP ‘BADA BING! BADA BOOM!’, Kreusch has returned with another track for us to soak up. “Just A Touch Away”, accompanied by a video filmed in quarantine, is her latest offering. Featuring smoldering vocals, woozy but gentle synths, and booming percussion, she sings about the desire to want to connect with someone special despite the inability to do so at this time. Sylvie Kreusch is a name that will ring in your ear for years to come as she is far from done with her creative endeavours. 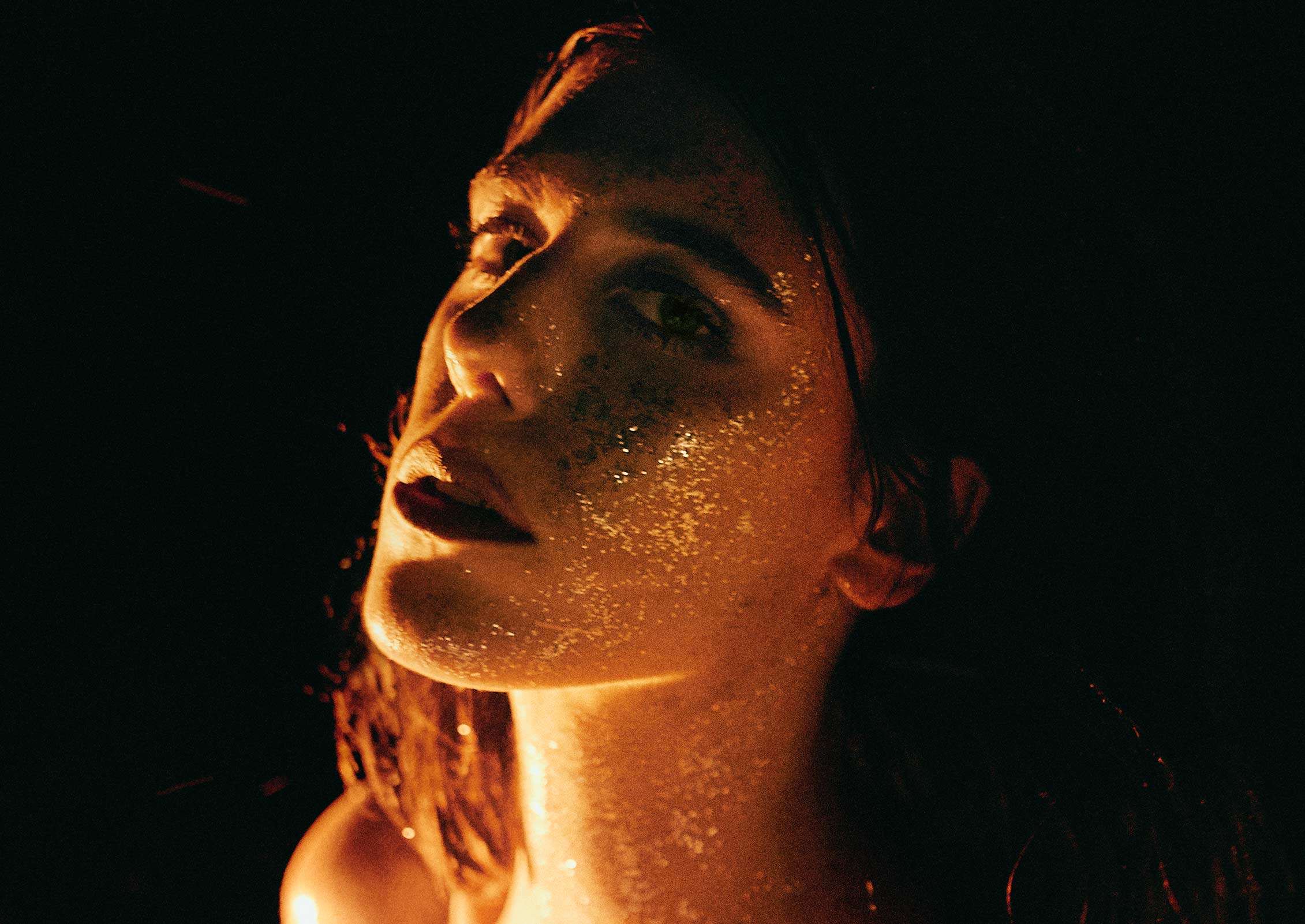 Your sound is very atmospheric and almost dream-like. What did you listen to growing up that inspired this style?

I grew up with old French music like Gainsbourg, France gall, Francoise Hardy, Jacques Dutronc, Isabelle Adjani… But besides that, I didn’t have parents with an amazing vinyl collection. I kinda had to discover it all by myself… As a teenager, I became very inspired by artists like David Bowie, Julee Cruise, Nina Simone, Jeff Buckley, Nico, and The Velvet Underground, and the list goes on…

Who are the main characters in your songs, are they drawn from personal experiences?

They’re always drawn from personal experiences. I sing the words I don’t dare to speak out loud in my personal life… it’s quite a scary process to encounter myself in my own songs because this time I can’t run away from all the battles and heartbreaks.

Congrats on the release of your latest single “Just a Touch Away”. Can you give us a breakdown of what the song is about?

It’s about the desire to connect with someone really special .. to touch them, feel them have them really close to you… especially during this time, it’s a real hustle, people are going nuts… it gets them thinking even more about their future and past lovers, good friends, family… so I’m trying to put a spell on miss Rona to get her the fuck out of this world.

The video was filmed during lockdown – what effect did those circumstances have on your creativity? Did you find yourself creating and experimenting with your style a bit more?

Because we didn’t have the budget to make a video as we did before, it was just me and my good friends and “bubble”: video director Joost Vandebrug and my stylist Tom Eerebout. The video was shot on Joost’s phone, in my library, putting out spells together, like we always do when going through rough times… so back then, during the first lockdown it felt like it was the perfect time to film it. Because it’s more like a homemade video, I feel like I’m closer to the audience. 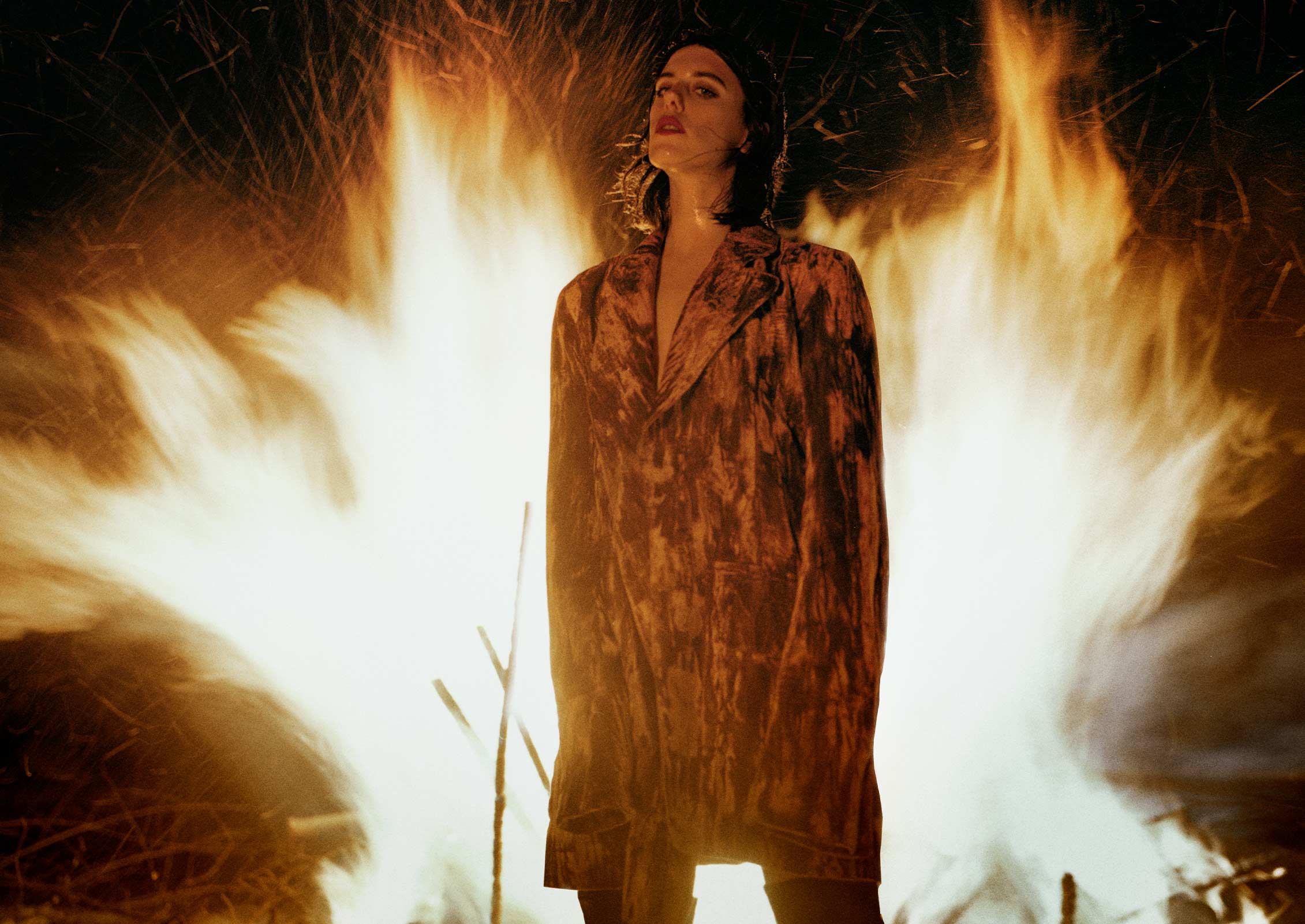 How did you get into music composition? Was it something you went to study or did you learn on your own?

I’ve never been a good student.. even when I tried taking music classes I didn’t feel inspired at all, I guess I always need to find my own way of creating music… I’m not the best singer or trained musician .. but I try to find a certain power, skill, story by following my gut feeling.

When making compositions, where do you draw your ideas from?

Before I start I don’t have any idea what I’m going to do. I just start with the chords and melodies, create a sound, rhythm.. and that inspires me to start singing. Mostly a big part of the lyrics are created while I’m searching for my vocal melodies.. and suddenly it all makes sense… I try to keep it honest during the finishing process… keep the story how it was, ’cause that’s how I really felt at that time. It’s like a diary, you don’t change it…

You have worked with a number of brands and companies so far, who have you got your eye on for a collaboration in the future?

I’m focused on producing work I stand for and collaborating with friends and people whose work I admire. Some of that has spilled over in brand collaborations, but it all happens quite organically. In the video, I’m wearing Valentino, a house whose work I absolutely love. I’ve worn their dresses in my live videos as well.

Besides music and fashion, what else inspires your creativity?

What have you got in store for us next?

I just finished writing my debut album together with my guitar player and good friend Jasper Segers, who helped me put all the pieces together… we worked together in Normandy, we lived there for 3 months and we had an amazing connection.. surrounded by nature, dogs and cows. It felt like a very interesting healing process. I’m not sure when I will release the album, but I will definitely put out a few singles .. and hopefully, we’ll find a way to perform them in front of an audience soon? Maybe.. when the spell is just a touch away…

Watch the music video for "Just A Touch Away"