Taking A Spin With DJ Spinall

Standing as one of Africa’s most celebrated DJs, we speak with DJ Spinall about his recent track "Everytime" featuring Kranium, the standout moments in his career and his African cap collection.

While most people choose to pursue their passion early on in their lives, for DJ Spinall, the tide only began to turn after completing his BSC in electrical and electronics engineering. From attending several DJ schools both at home and abroad to being the first Nigerian DJ to tour six cities in the US, Spinall’s call to destiny and ferocious passion for the craft has undoubtably led to his major success.

His latest offering, “Everytime”, features internationally recognised dancehall artist, Kranium, who seductively dips in and out of English and Jamaican patois over a down-tempo afrobeat instrumental.

DJ Spinall is an anchor that brings together various genres of music while holding afrobeats at the centre of the sounds he creates. With collaborations including prodigious names like Burna Boy, Davido, Yemi Alade and Wizkid to say the least, Spinall is on the map as a central figure in the world of afrobeats.

The moniker Spinall was adopted as a portmanteau representing the creator’s genre versatility. It’s also a name that comes to mind when speaking about the increase of African artists that carry the sounds of their hometown and culture into other parts of the globe.

We spoke to the musical maverick about embodying different genres in his music, what he looks for when collaborating with artists, and much more . Let’s go for a spin… 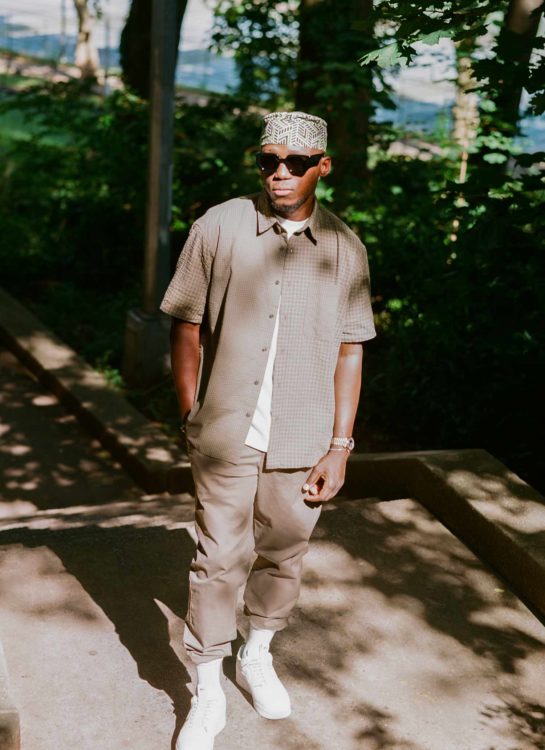 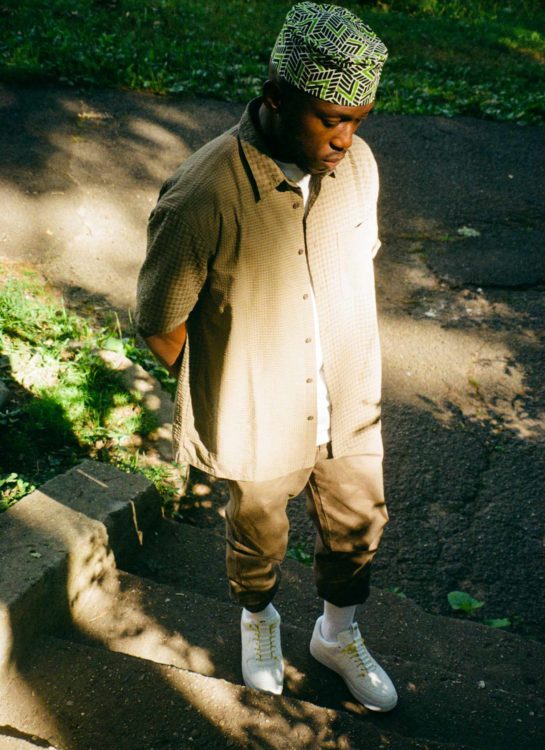 What inspired you to begin your career as a DJ?

I would say that it’s the passion for music. I have always been around music growing up. My Dad and older brother are big music lovers. My dad would play vinyl records at full volume all the time [lol] and my older brother used to take me to a lot of music events. So from young, music has been all around me. I saw a DJ perform for the first time when I was in high school and I was so intrigued. In that moment I told myself that I would give it a try. The rest is history haha.

Why is it important for you to embody different genres in your music? For example your track with Kranium and the blend between afrobeats and bashment – what did that mean to you?

My goal is always to bring everyone back to Africa. With the Kranium record, that wasn’t so hard since Nigeria & Jamaica are basically cousins. Lol.  It’s important to me to blend worlds in my music because I want people to feel how seamlessly we can connect through music. In the end, we are all Africans, regardless of where you currently call home or what music you listen to.

What do you look for when collaborating with new artists? What stands out to you?

You have worked with a huge number of heavyweight afrobeat artists in the industry. If it hasn’t happened already, who would be your dream collaboration?

I’m always open to collaborating with anyone that loves music as much as I do. I love working with the underdogs. I love making unexpected pairings on my beats. For me, it’s all about the vibe. It would also be pretty cool to work with more artists in other genres and regions. 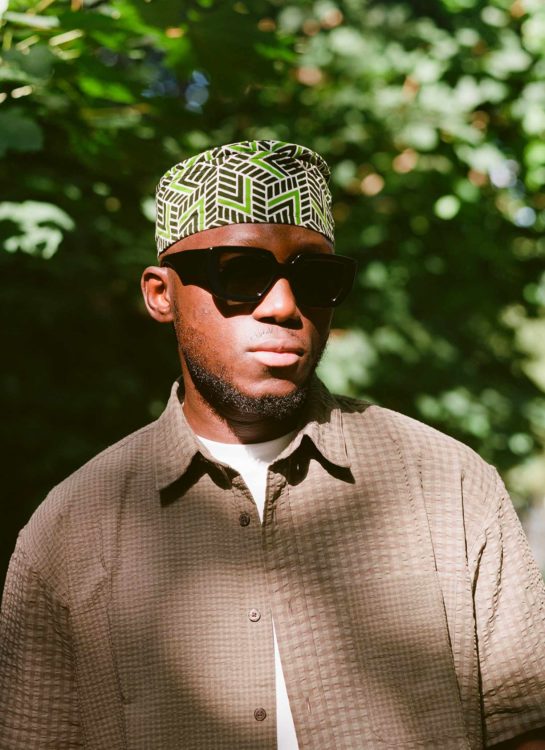 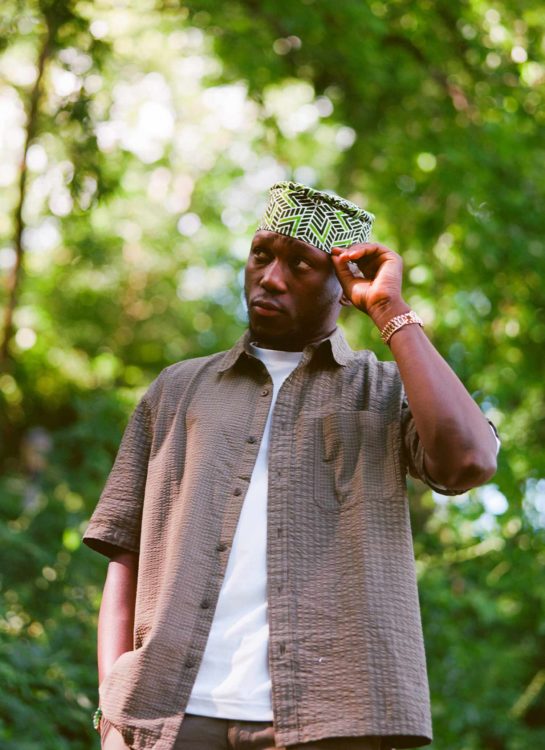 What are some things that this year has taught you about yourself as an artist?

Well, this has been one hell of a year – for all of us! But, for me, there’s definitely been a silver lining. Having so much ‘time off’ has allowed me to really explore my own creativity. I started experimenting with sounds and teaching myself more about producing and just tapping into myself in ways that I didn’t even realize that I could. That’s how Tonight featuring Omah Lay was created. I really got it my bag lol

You have toured many countries so far, where’s been your favourite place to DJ and why?

This is such a hard question lol. Nigeria is my base so my fans love me like crazy. There’s always really great energy wherever I perform. But I also have so many amazing fans in Europe and the US, so much so that I’ve toured there every year for the past three years. I actually sold out my first headline event in London last year. So it’s really tough to say lol.

What’s the process behind creating a mixtape, where do you start?

Research, listen and mix and Release or trash!

You have a vibrant African cap collection; where did your love for fashion stem from?

My love for fashion runs deep. If ‘jiggy” was a person it would be my dad. For as long as I can remember he is a full-blown fashionisto.  His signature is to always have a stylish cap with every fit so he is the primary inspiration for my own collection. Seeing him experiment with different colours and textures definitely gave me the interest to do the same. 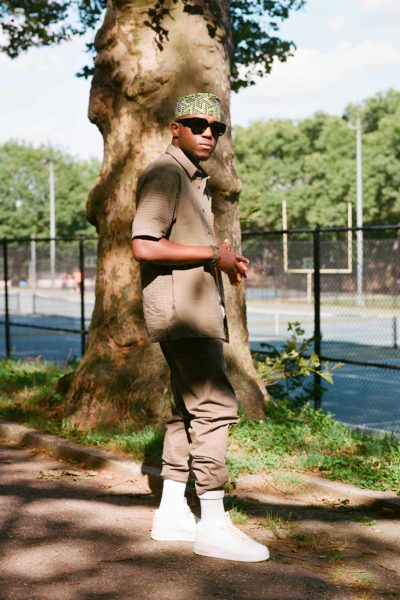 The brand is called ‘TheCAP’. What are your hopes for it over the next few years?

It’s an intentional nod to my signature accessory and a play on words. TheCAP stands for “the crazy ass party” which is how fans would describe my events so we made it official. I think it’s one of the most clever things my team came up with. In terms of the future, I am looking forward to so much. “TheCAP” is really more than just a hat, it’s a lifestyle and in in the near future, I’m hoping to expand on that. I’d love to partner with fashion and footwear brands to create dope limited collections.

What does your style say about you?

You are known as a trailblazer in the music industry but what challenges have you faced in your career along the way, how did you overcome them?

I try to not look at things as challenges but more as opportunities to learn and grow. I believe that perspective is everything so whenever I find something difficult, I always ask myself ‘what is this supposed to teach me?’ or ‘how is this growing me?’. It takes away the stress of feeling like I need “overcome” which can actually become draining. Especially in an industry like music with so many moving parts and frequent changes.

What has been a standout moment in your career so far?

Performing at Glastonbury Festival. That was huge. I’m also grateful for all of the work and opportunities that I’ve done prior that brought me to that moment though.

What are the not so glamorous things about djing that not many people are aware of?

The list is literally endless. Playing music I don’t really like lol (but you know the fans love), technical issues,  having to be on your feet, dealing with industry politics…

With so much already under your belt, what can we expect from you next?

More dope music. It’s all about the music. Right now, I’m working on my fifth studio album. All of my music is special but this album feels extra special to me. I feel like this album combines all of my growth as an artist, DJ, Producer and lover of music into one space. We’re playing with new sounds, I’ve produced a couple of the records myself, and we have a lot of dope collabs. I’m really excited about it and can’t wait to share it with the world.

Listen to DJ Spinall's music below: