Ever since bursting onto television screens and into the public eye as a 13-year-old finalist on American show So You Think You Can Dance?, Tate McRae has enjoyed a meteoric rise to fame, having recently dovetailed her talents with a burgeoning career in music.

Fresh off the release of her viral hit “you broke me first” and first VMA nomination, the Canadian teen sensation speaks to Notion about her prodigious beginnings, charting commercial success,
navigating the challenges of lockdown, and her relationship to social media and fandom. Take note, Tate is certainly one to watch. 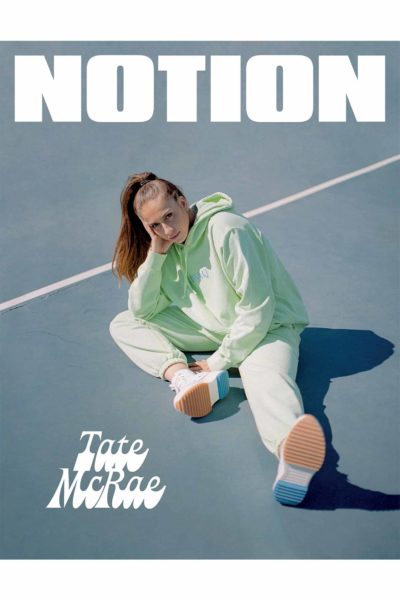