The Driver Era’s ‘Girlfriend’ Is Less Alt and More Rihanna

Ahead of their first album in over two years, Ross and Rocky Lynch discuss exactly what fell into place to make ‘Girlfriend’ their most inspired - and sonically diverse - body of work yet.

It has been a long, eventful road since The Driver Era’s debut album, X, in June 2019. But for the duo made up of brothers Ross and Rocky Lynch, two years went by at what felt like the speed of light, and October 15th marks the release of their second album, Girlfriend — a highly anticipated 15-track effort featuring some of the Lynch brothers’ most ambitious (and musically advanced) sonic creations to date.

“It still feels really quick, even though it’s been a second,” Ross Lynch tells Notion. “The time has just been moving, man. I’ve been reading some of my past journals today, and I just can’t believe how the time flies.”

The weeks leading up to the release of Girlfriend are hinging on nothing short of surreality as The Driver Era watches their fanbase prepare for the album. “We were doing a Twitter Q&A, and someone screenshot the tracklist on Apple Music or whatever it was — it’s kind of sick to see that. I was like, ‘Oh, wow, it’s all put together,’” Rocky Lynch says.

That duality of what felt like a blip in time for The Driver Era and what felt like eons for their listener base resulted in what might be their most unique body of work yet. Ross cites “#1 Fan” as a particularly interesting addition to Girlfriend, a track that brings forth “eclectic textures” that have yet to be heard in work from the duo (or, really, anyone else). 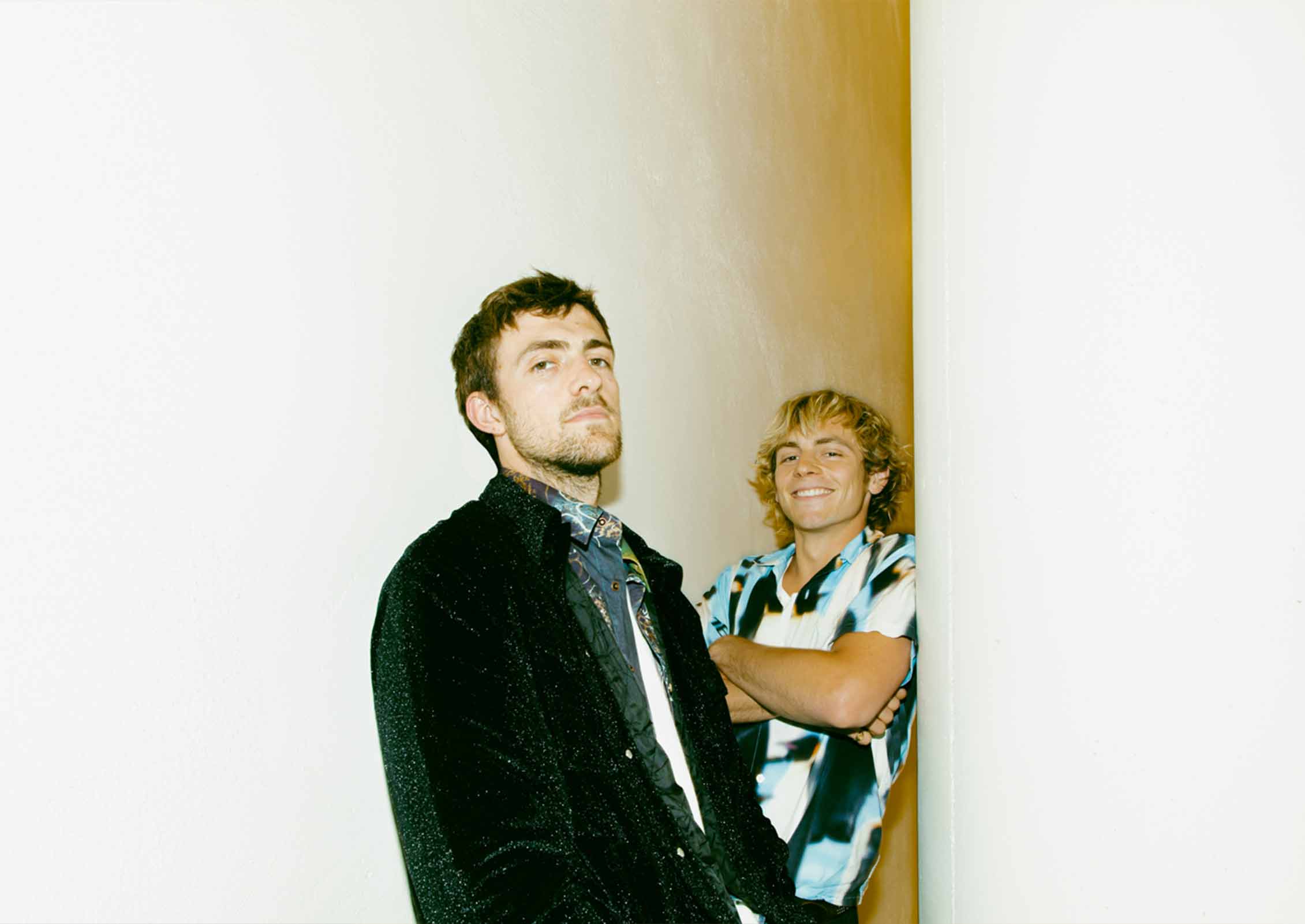 The two are no strangers to sharing space in the creative process, having worked together on music for more than a decade, so finding ground that is truly fresh certainly bolsters the excitement around releasing a project — a plan that wasn’t initially in the cards for The Driver Era.

At least, not yet.

“It didn’t happen quickly. It was like, first, we weren’t really going to release a record,” Ross explains. “We thought we were just going to do singles just because of the way streaming works. Nowadays, we just thought, might as well just give people a song so they can appreciate a song. But I think statistically, an album actually works better in that context, because people will just listen throughout.”

The way the tracklist came together seemed nearly as fateful as the album’s conception — Ross says that “whatever kind of finishes itself first” is what landed on the final album listing, but they aren’t settling. In fact, the two believe the songs almost volunteer themselves rather than falling into their laps. “We just kind of wait for them to raise their hand, and then we’re like, ‘Alright, this one’s done.’”

And while Ross and Rocky wanted to tell a story with the order of the tracks on Girlfriend, they landed on a compilation that creates a sonic show with a comprehensive beginning, middle and end. Stepping out of the shoes of the artist, the duo established the order by centering themselves as a listener; listening to the music in cars in various collections to “see what the flow was like.” 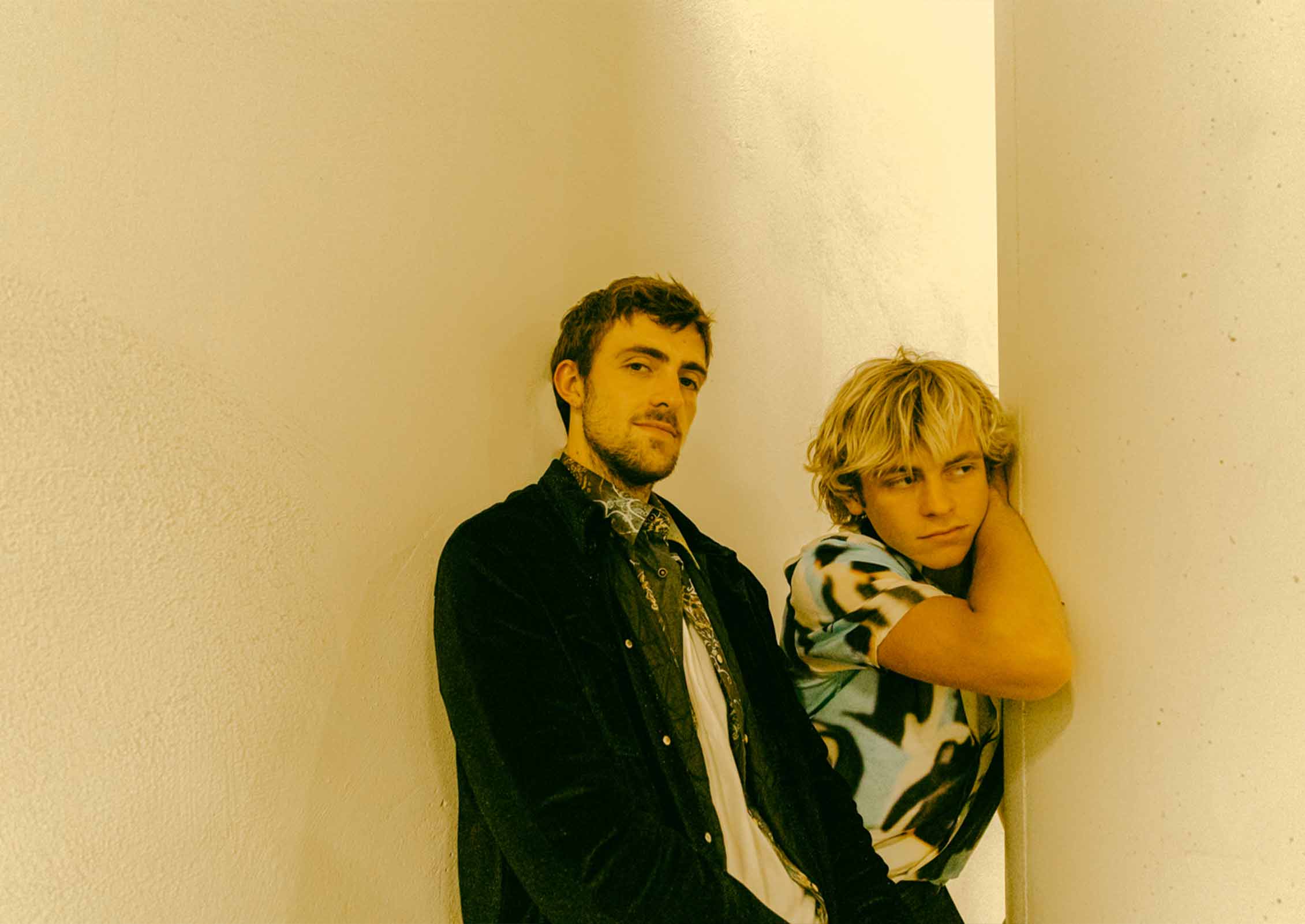 The album is a performance of sorts, and it’s an eclectic one, led by singles “Heaven Angel” and “#1 Fan”. Selecting the tracks that would essentially become the album’s initial introduction into the genre-bending, pop-rooted music space makes for an intricate decision, though both present rather different sounds from Girlfriend.

“Heaven Angel” is a sexy, funky, reverberative take on lust and romance, while “#1 Fan” blends a swaying dance beat with subtle bubblegum pop tones atop lyricism about longing to be by someone’s side. When played separately, the song’s sound as if they derived from different musical moments of The Driver Era entirely, but the decision to showcase two sides of the album gives listeners a peek into the all-encompassing sonic vibe that Girlfriend provides.

Though the singles feel like a seamless nod to Girlfriend’s overarching sound, Ross and Rocky are honest about the fact that — despite their “path of least resistance mentality” — there were undoubtedly moments in which the two wondered whether the singles were the songs to set this new era in motion.

“‘Heaven Angel” was the song that came out first, [and] I’m not going to lie to you and sit here and be like, ‘I didn’t second guess that,’” Rocky explains. “You have to second guess if you’re fully honest with the situation… There were moments where Ross was kind of actually leaning more towards [not releasing the song first]. Because it’s getting closer to the time of coming out, that’s when you get closest to the possibility of second guessing.” 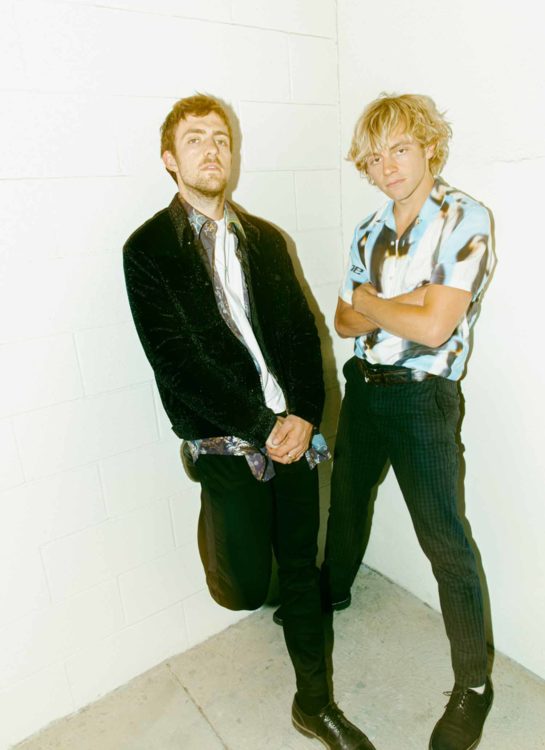 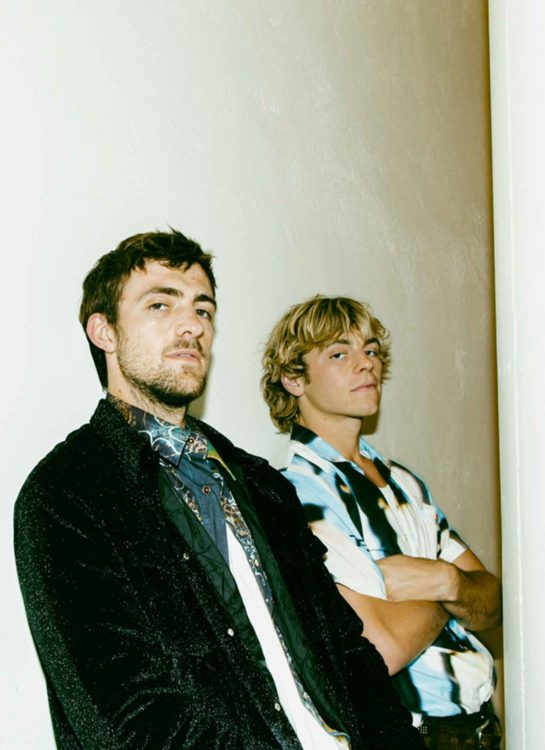 Ultimately, however, The Driver Era prides themselves on always coming out on top of their self-doubt. “It kind of propels our inspiration for new music, too, when we’re letting some of our previous creations go that we’ve held so tightly,” Ross explains.

And one of their easiest decisions for Girlfriend was just that: the album name. After coming up in conversation during a brainstorm to land the perfect title, Ross and Rocky were smitten with its simplistic nature; it filled the void, the “what’s missing?” gap that would complete the packaged project. There was, at least seriously, no second-guessing — it just was, and the decision was rooted in an understanding that there is more to the title than the surface level depiction of how the word “girlfriend” is popularly represented.

Rocky continues: “There’s so much to the idea of Girlfriend, because before babies, there’s a girlfriend. Before marriage, there’s a girlfriend. There’s so much to it, wrapped around this whole [idea of] the simple, most basic way to put ‘girlfriend’, which is kind of cute and playful and in movies and shit. But really, it’s like history. It’s crazy shit wrapped around just that one thing as ‘girlfriend’, so it really tied the knot for us.”

“It’s obviously called Girlfriend, but there’s so much more than just that,” Rocky says. “We’re almost realizing the importance of the relationship and of the girl and guy or whoever, however, whatever, and how that keeps everything going and how love or sex and the female — she’s a god.” 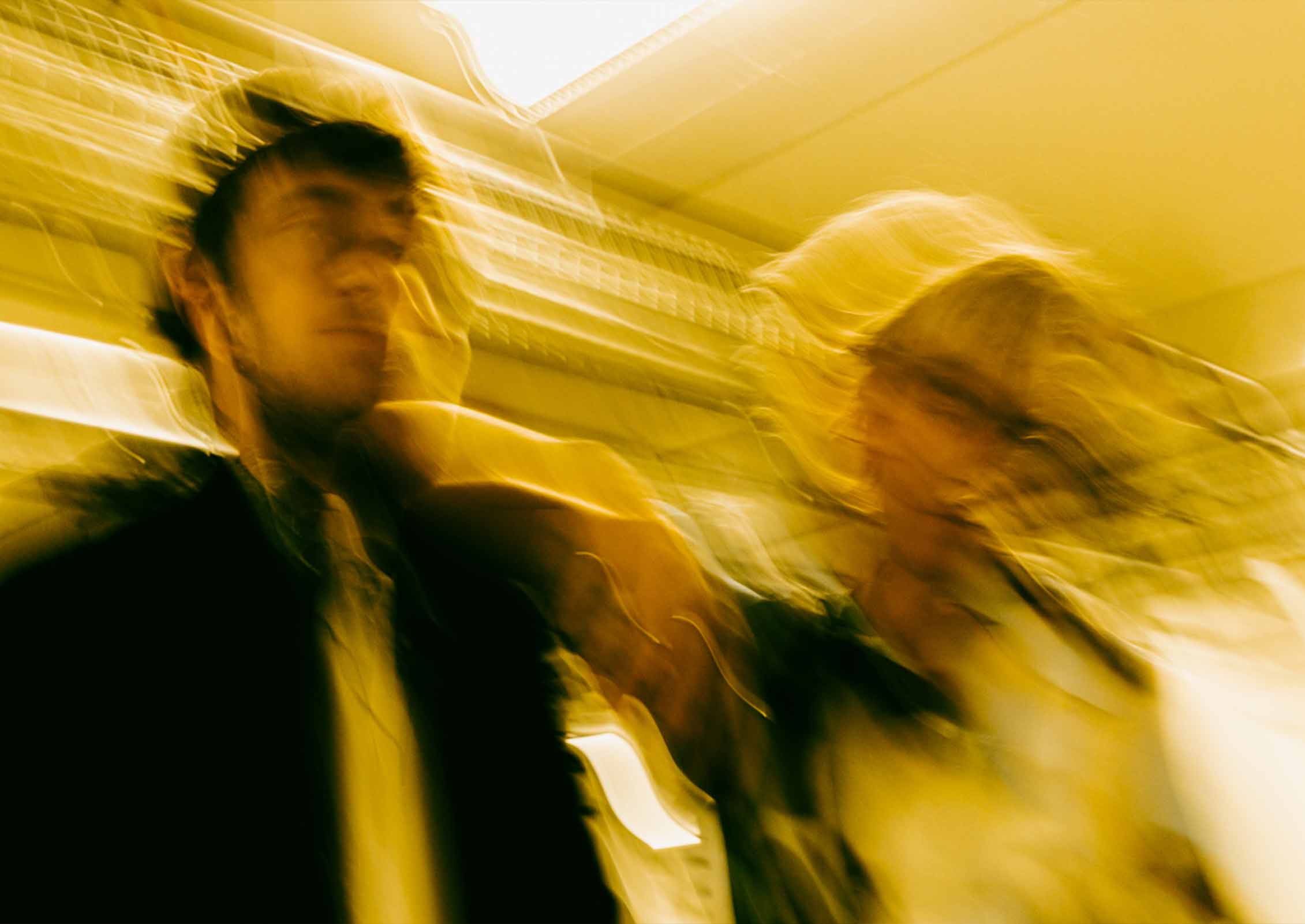 Perhaps even more symbolic of the project, though, is the song both Ross and Rocky describe as Girlfriend’s standout track — “cray z babe e.” It’s nostalgic in the simplest of ways, like a ringing landline and automated voicemail message, while featuring some of the album’s (arguably) rawest vocals that match the understated desperation in the song’s lyrics.

The most impressive feature of “cray z babe e” is it’s typically unseen ability to bring both Ross and Rocky on a track simultaneously as vocalists. For three minutes and 14 seconds, they are both the storytellers to the listener’s ear, and it makes for one of the most musically effective tracks on the project; it is certainly intriguing, but even more so, it provides an invigorating transition from the first track to the remaining five tracks before the album’s interlude (a revelation itself, finding a home after the pair searched “forever” to find its place in The Driver Era’s catalog).

“This is the first time that we’re releasing something as The Driver Era where we’ve done that, where we’re both singing and narrating from our own point of view,” Ross says. “I think it’s definitely the song that sort of summarises Girlfriend as a record.”

Even standing alone, “cray z babe e” reflects a new version of The Driver Era that fans and listeners across the board have yet to see; whereas their previous work has fallen more cohesively into the alternative category, Girlfriend sees a broader spectrum of sound, spanning across decades as well as genre elements spanning from pop and alternative to R&B and hip-hop. Essentially, the project is breaking new ground for the duo as they continue to expand the definition of just who The Driver Era really is. Ross and Rocky describe Girlfriend as “more Rihanna” than X, but in reality, their sonic influences for the album are much more subtle. Any inspiration comes rather coincidentally; if Rocky is listening to Bruce Springsteen while he’s composing for The Driver Era, for example, that influence is more likely to appear in the sound of a guitar riff than a sample in the bridge of one of the duo’s songs.

“If another artist is in my head, it will inevitably sway in that direction, because that’s what I’m being conscious of and aware of at that time,” Rocky says.

In some ways, that careful tread of the line between influence and extrapolation is intentional for The Driver Era, and it comes from lived experiences in the studio.

“We’ve been in songwriting sessions where whoever we’re in there with will play a song that’s already on Spotify, they’ll sync up the BPM to exactly that, they’ll figure out the chord structure, and then they’ll go to work that way,” Ross explains. “That’s not very fun. It doesn’t interest me very much.”

Rocky adds, “That experience alone might have been what taught us how to not do it.” 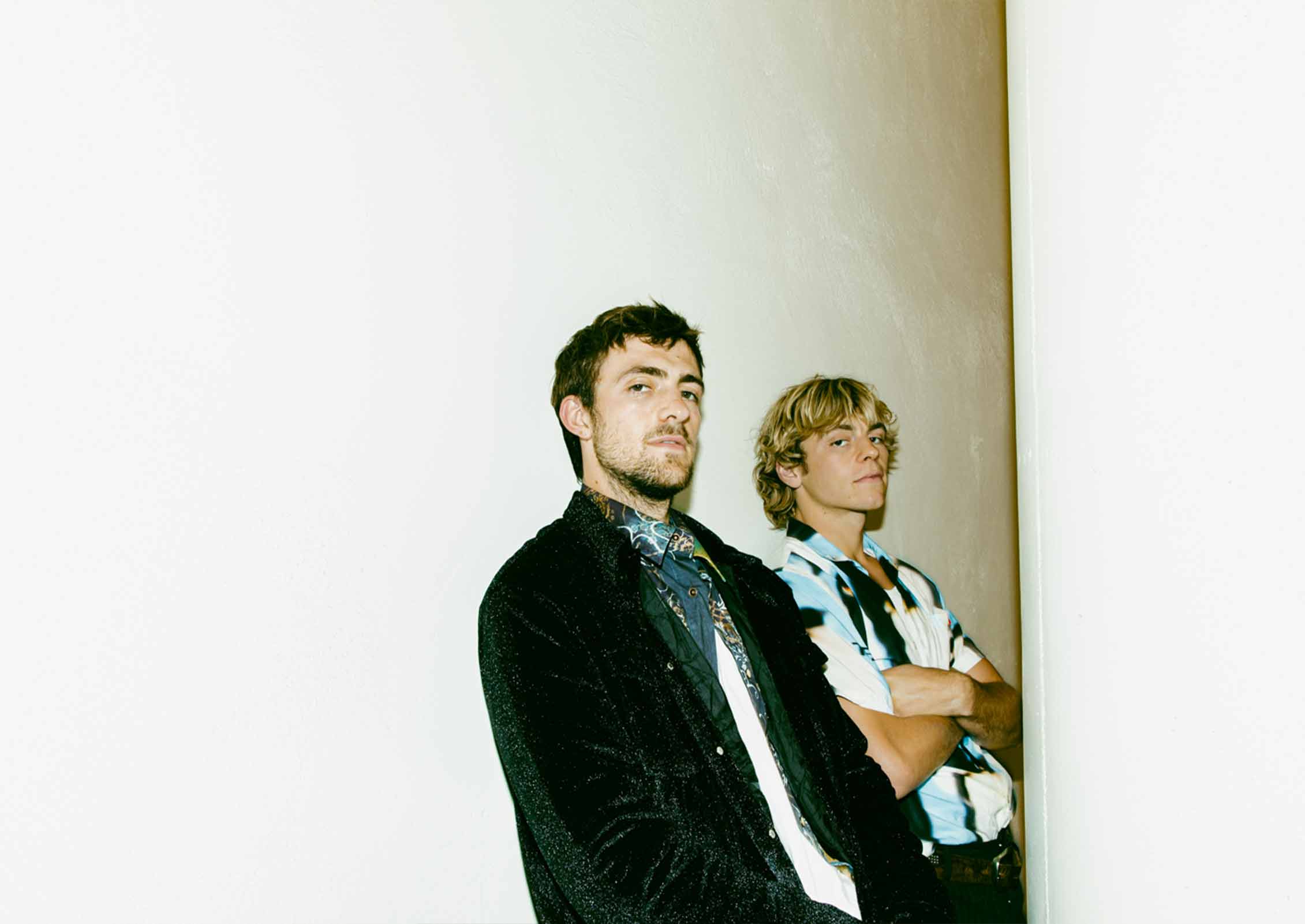 In what is, in some ways, the antithesis of the reach for the charts, The Driver Era centers more on the heart of the music, and that emotional outpour into the music they create is precisely what they hope to be the takeaway of Girlfriend listeners.

“If we’re going to make music, we’re feeling really, really good about it. We’re feeling euphoric, ecstatic, maybe one of the best feelings in the world,” Ross explains. “So, if when people listen to our music they can feel a little bit of that, that’d be pretty cool.”

That emulation of love, lust, heartache, longing and practically every emotion in-between is just a piece of what makes Girlfriend one-of-a-kind; The Driver Era has proven over the course of years that no single body of work will be “just another” pop or alternative project, and they won’t be coming up for air anytime soon when it comes to shaping their sound (and experimenting further as they dive into their can’t stop, won’t stop approach to making music).

“We say this all the time, but it really is just a smidgen of the amount of work that we’ve done,” Ross says. “It’s just a sliver of what we would like to release.”

Watch the Lyric Video for The Driver Era's new track "Leave Me Feeling Confident" Out Today!