South Africa born and Berlin based, Alice Phoebe Lou is creating her own independent world of music with a completely free spirit.

From being born to documentary filmmakers to listening to her mother playing the piano each evening and studying dance at school for nine years, it was doubtless that Alice would fall easily into the creative scene. After spending some time in Paris with a group of street artists, she moved on to Berlin, where she really started to explore song writing and performing. Plunging herself into busking through Europe at just 18, Alice Phoebe Lou has been wowing her audiences with stunning vocals and captivating songs ever since. Alice then went on to self-release her debut EP, ‘Momentum’ in 2014, followed two years later by her debut full-length project, ‘Orbit’.

2019 marked the release of her critically acclaimed second album ‘Paper Castles’, championed alongside playing over 100 shows across four continents, and in doing so, Alice built and cultivated a loyal fanbase. The hundred and first show Alice played was at Saal 1 at Funkhaus, an incredible recording studio built to record orchestras in 1956, from which she recorded is a selection of nine tracks from that iconic performance on the 7th of December 2019.

With the release of a few warmly received singles in 2020, Alice began playing around with analogue recording techniques which she continued to experiment with. The end of last year even saw Alice as one of 11 musicians to be hand-picked by Sir Paul McCartney to perform a cover of a previously unheard track from the legendary artist’s new record. Alice’s music continued to shine as a beacon for self-assurance and blissfulness with her most recent single “Dirty Mouth”. The track is destined to restore any heartache and is accompanied by a beautiful, homemade video filmed in her hometown of Capetown, South Africa. 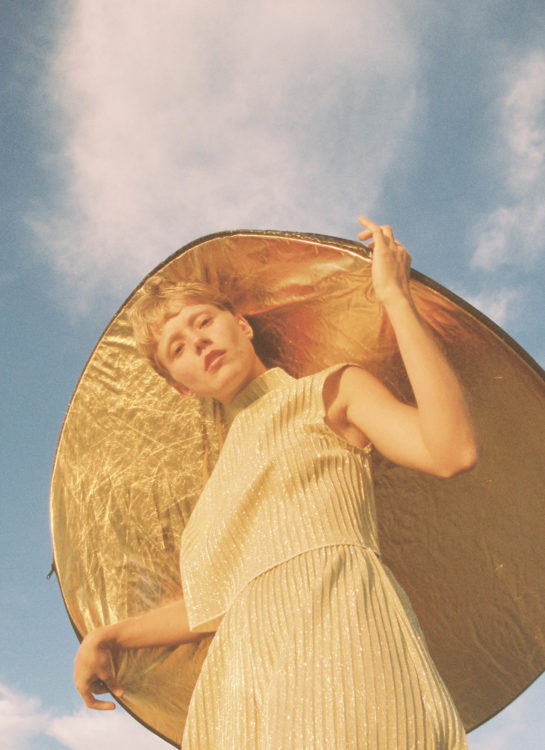 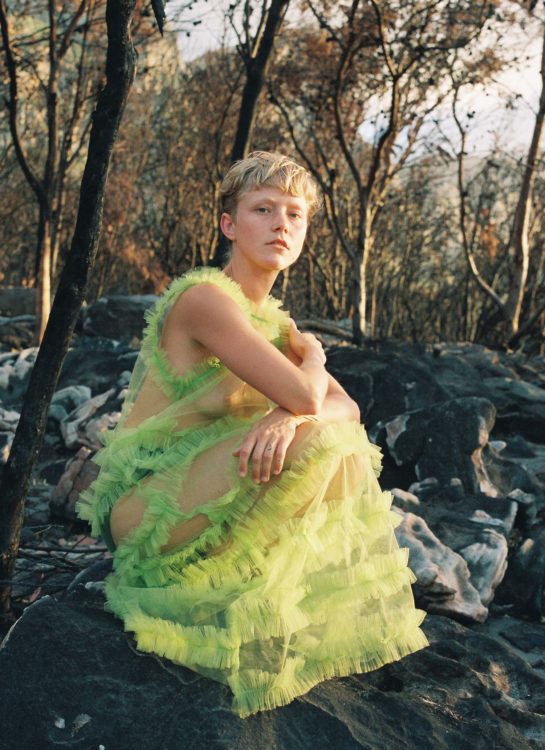 2021 sees Alice return with her deeply emotional new album, ‘Glow’. Full of visceral, star-dusted songs delivered in her crooning tones against a backdrop of scuzzy guitars, sauntering bass grooves and mesmeric piano sequences, the 12-track body of work is Alice’s most personal music to date. Embracing her outlet of song writing, she allowed herself to write straight from the heart and share a rawness and vulnerability like never before.

Alice shared more about her new album, “I used to feel quite self-conscious about writing love songs, but now I like the idea that your music can be a friend to someone and make them feel as though they’re being related to. This album simply poured out of my heart and my subconscious, and there was no stopping the lovestruck nature of them. Sometimes love, love lost and the ways in which these matters of the heart affect us, are the most relatable feelings in the world.”

Known for her adventurous nature and love of touring, 2020 brought with it many challenges for Alice as an artist and an individual. She explained, “I spent more time alone than I ever had. I shaved my head. Had an ego death. Fell in love. Had my heart broken. I was a raw little mess. And that was what I wrote about.”

Notion caught up with Alice to chat about how the pandemic has shaped her newfound values for Berlin and South Africa, what track particularly articulates the next phase of her life, why it’s so important that people support small venues and artists when things start to open again, and much more. 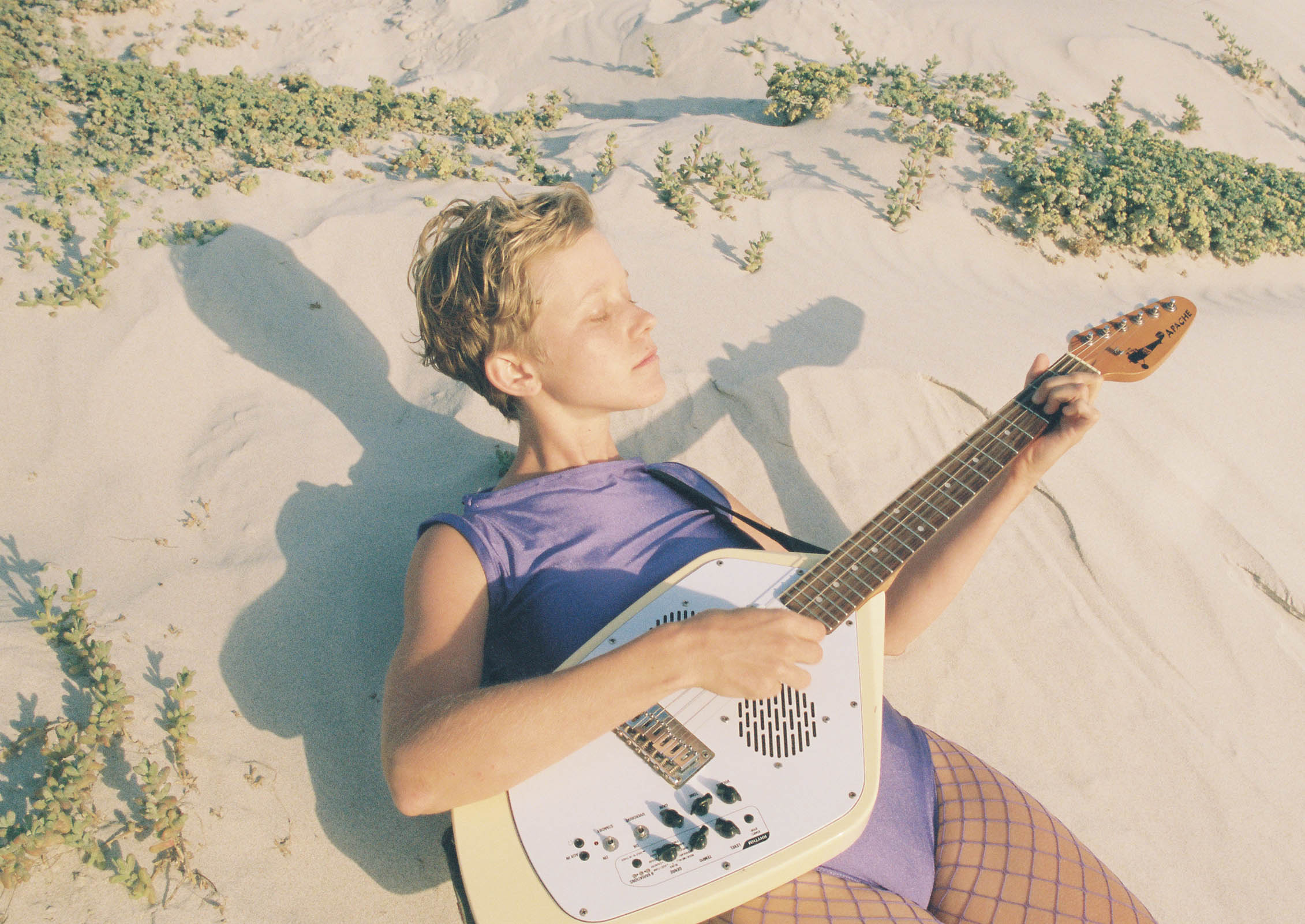 2020 challenged everyone for obvious reasons, but what have learnt from the past few months, both musically and personally?

I’ve been fortunate enough to be able to use this time to deal with some demons, work on myself, understand what’s important to me and work on music and building a studio. I’ve learnt so much about myself and what I want (and don’t want) and it’s brought me back to music being the most important thing in my life as I start to let go of feeling like I need to be a business woman too. It’s brought me closer to my family and to the friends that mean the most and I can see more clearly what matters.

Spending your time in Berlin, away from the strict lockdowns of South African, do you feel more connected to the city than ever before?

It’s a totally surreal time to be in Berlin, as the lockdown has recently been getting much more strict, but my life has become really small spending time between home and the studio with the occasional walk around the canal. I definitely feel like this time has brought me closer to the city and what I value about living here, the sense of community, the expression. I also spent a bit of time in South Africa over Christmas and the beginning of the year with my family and it was beautiful to be there but strange to experience my home town without the luxury of going to the beach or seeing friends. But that experience also made me appreciate my family and where I’m from a lot.

Can you talk to us a bit about your project strongboi and what the benefits are with exploring multiple musical avenues?

I’ve never really known musical expression outside of my project that has my name, my personality, my history, my whole world wrapped up in it and it’s been such a relief to make music without all of that attached to it. I love how personal and connected my songs are to me and how people feel that, but I also have started to understand the negatives that can come along with it and I’m starting to understand the need to protect myself and my privacy. Making music under another name allows me to express different parts of myself and it’s exciting.

What was it like to be hand-picked by Sir Paul McCartney to perform a cover of a previously unheard track at the end of last year? How did that come about?

It felt great of course ! What a legend. It kind of fell into my lap really, apparently a bunch of artists were pitched for it and they asked for me to do it and it was really fun getting some of the band together to create our interpretation of the song. Felt quite surreal. 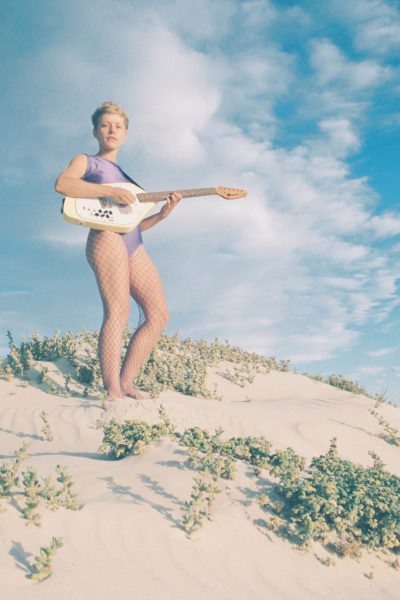 How does your latest album ‘Glow’ differ from ‘Paper Castles’, and is there a particular track that stands out for you?

Sonically it differs in the mediums used, as ‘Glow’ has been this exploration of analogue recording and using old gear to bring out the warmest sound we could imagine. Personally, I felt more confident in these songs and in my ability to direct and ask for what I wanted and it felt like such a natural intuitive process, full of fun and experimentation and just a really connected process. I also wrote the album as one piece, which I’ve never really done before. I think “Dirty Mouth” stands out as an indication of the development and evolution between the albums and shows the energy that I was bringing to this next phase in my life.

The record really delves into the full extent of human emotion. Whilst it must always be difficult to open up to the world, how does sharing these hugely personal feelings provide clarity and allow you to grow?

It really felt like a powerful form of therapy. To dig into the deepest, darkest, most personal parts of myself and in the most unfiltered way that I could muster, I expressed these feelings and wounds and contradictions. Just to imagine the people out there listening and identifying with the lyrics and even feeling as though I’m articulating something they might find hard to express themselves, that is just such a powerful connection and I’m so grateful that I can make so many strangers feel something and feel less alone. When the album came out, it really felt like a release. Like I was released from these things in such a profound way. And the songs suddenly belonged to the people who listen to them and I moved on.

Where did your analogue love affair come from and why did you choose to continue using this recording style?

We were gifted a tape machine just as the pandemic struck and we’d always been interested in exploring the medium. We decided to try out a song and see how it works, so we recorded “Witches” in March 2020, and the process was so rewarding, intuitive and connected that I just knew this would be something I want to explore further. I released “Witches” a few weeks later and then we recorded “Touch” in the same way, in Ziv’s living room on the tape, and then we went a step further and mixed and mastered it on tape too. With ‘Glow’ it felt like the perfect opportunity to learn more about analogue recording and we were lucky enough to have our friend David Parry come over from Canada and produce the record, sharing so much of his knowledge along the way. No computer, just using your ears, working hard at getting the right sound from your instrument before recording it, using the Studor 2 inch tape machine that so many amazing records from the last century were recorded on. It just feels right. 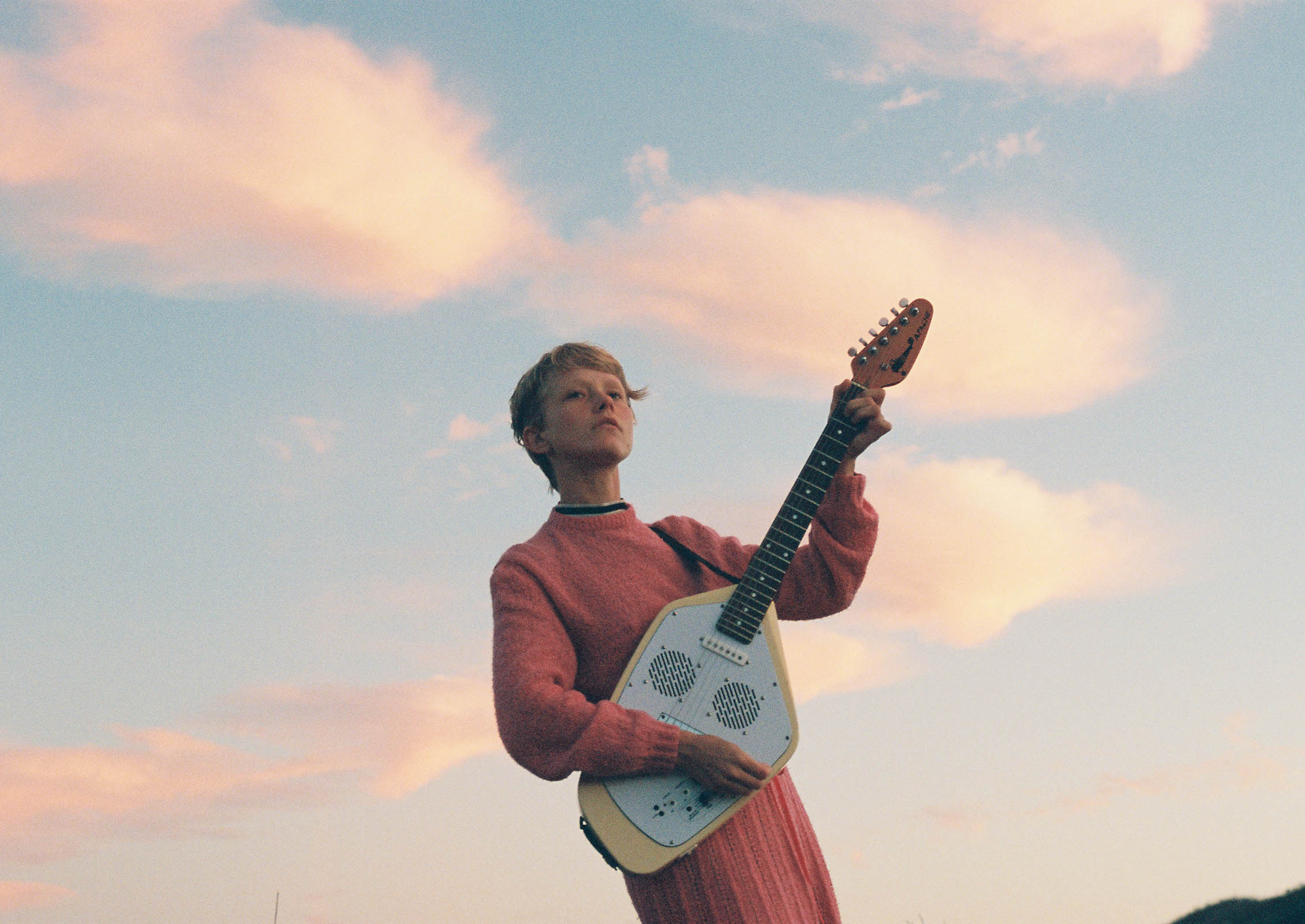 You also create some totally stunning music videos. Do visuals ever present themselves to you before the sound, and is creating videos something you always look forward to?

In the past, I’ve always disliked the music video process because so often it’s really expensive (even when it’s a ‘small’ budget video) and the directors or people you work with often put their vision above yours. The difference with the videos for ‘Glow’ is that I decided to make them myself, with a few friends, with very little budget and just the intention to bring a mood across as opposed to getting fantastic shots, perfect lighting etc. And it’s been such a learning experience to just realise that the most important thing is to have fun with something and do it from a place of joy and curiosity. With the video for dirty mouth, I came up with the simple idea, I directed it and I tried editing for the first time, spent no money on it, and it’s my favourite video I’ve made because it brings across the feeling of the song.

We’ve noticed that you almost always work with people close to you. Why is producing music with such an independent freedom important to you, and have you always wanted to work this way?

I guess for me, I’ve always wanted my life to be enjoyable and fun and for the work that I do to be playful and full of delight. So it just makes sense that I naturally gravitate towards making art with people that I love and doing things in a non commercial way. I just never want to stop enjoying what I do or take myself or life too seriously.

Musicians and many other creatives have especially struggled during COVID. How do you feel this period has impacted this part of culture and what do you hope changes in regard to its importance going forward?

I think the worst thing about it is the small, independent, underground artists and venues that are disproportionately affected and under supported during this time and it saddens me to imagine the vacuum of underground art and culture that we will face at the end of this (especially if there isn’t more support). I really hope that when things start to open up, that people first look to the small venues and artists to support them before the franchises and empires that can much more easily survive this time. I think we all have a responsibility to our local communities, scenes, etc to give them support and remember the importance of the arts.

Listen to 'Glow' below: