Notion has teamed up with the national charity, Youth Music, and young creatives, to present 'The Higher Frequency' podcast. Listen to the first two episodes now! 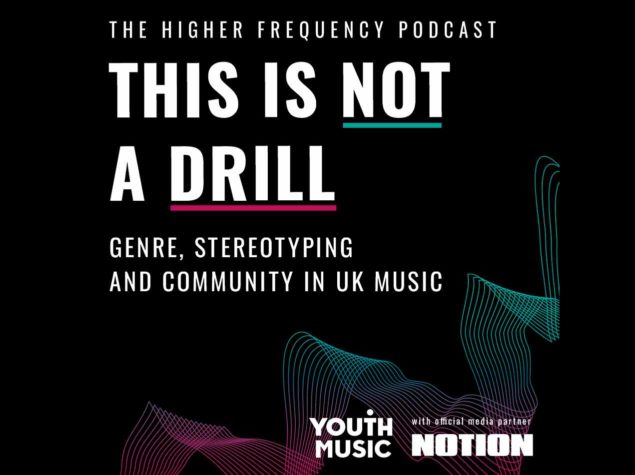 In Episode 1 of ‘The Higher Frequency’ podcast: This is Not a Drill: Genre, Stereotyping and Community in UK Music, South London presenter Jade Barnett looks at genre, stereotyping, and how music can form a sense of community. She asks the question, how do musical subcultures exist? And what is it that keeps them together?

Featuring excepts from some of Jade’s favourite rill tracks, including “Live Corn” by 67 LD and “Air Force” by DigDat, Jade then talks to genre-blending jazz-drill duo XVNGO and artist Mac. Together, they discuss how creativity is a solution to stereotyping in drill.

Speaking on the episode, up-and-coming drill rappers Relly and Cristale discuss the challenges they have faced in making music. Finally, Ciaran Thapar, a Youth Worker in Lambeth, talks about his programme Roadworks, which works with young people to create a Drillosophy, examining the origins of drill and the socio-political context within it exists in the UK today.

Lastly, Manchester correspondent Alice Reid looks at another misunderstood genre: underground dance music. Spotlighting three Manchester-based DJ collectives: Shifting Spheres; All Hands on Deck; Not Bad for a Girl and also Manchester venue Partisan, Alice sees how they are putting community at the forefront of their work and positively contributing to the scene.

Tara Lily Klein produces Episode 1, adding her own unique musical sound in the scoring and sound design for this podcast.

Listen to Episode 1 below: 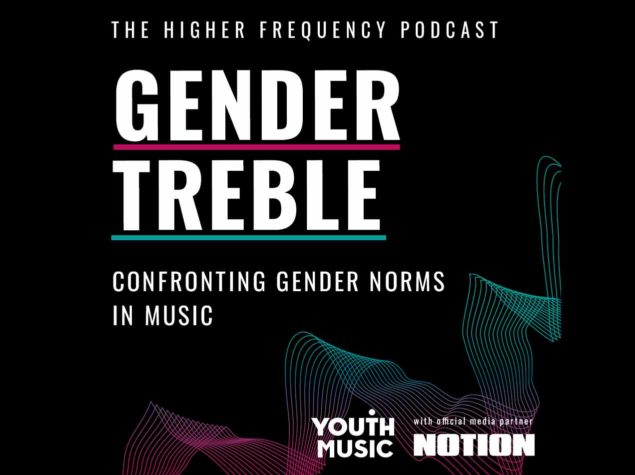 In Episode 2 of ‘The Higher Frequency’ podcast: Gender Treble: Confronting gender norms in music, presenters Malene Simonsen and Liv K explore how music can challenge our preconceived notions of gender.

With insight from their communities, Malene and Liv discuss how shifting attitudes to gender are changing from how we listen to and make music, and how this affects musicians who are producing and performing.

Malene also speaks with the artist GIRLI, whose music crosses PC Music, bubble-gum pop and alternative punk. GIRLI talks about her journey as a queer artist in the music industry and how the openness about her sexuality in her lyrics has been received. Meanwhile, Liv K talks to Bristol-based artist Grove about everything from gender performativity, to improvisation and playing in queer and non-binary spaces.

This episode had been produced by Felipe Airey Franco who is a producer and composer adding his own original sound design to the mix.

Listen to Episode 2 below:

The Higher Frequency: Episode 6 Out Now

Notion has teamed up with the national charity, Youth Music, and young creatives, to present 'The Higher Frequency' podcast. Listen to the sixth and final episode now!

The Higher Frequency: Episode 5 Out Now

Notion has teamed up with the national charity, Youth Music, and young creatives, to present 'The Higher Frequency' podcast. Listen to the fifth episode now!

The Higher Frequency: Episode 4 Out Now

Notion has teamed up with the national charity, Youth Music, and young creatives, to present 'The Higher Frequency' podcast. Listen to the fourth episode now!