We get an exclusive look behind the scenes of the music video for Ebhoni's latest single "X-Ting", directed by Christine Boachie.

Toronto’s Ebhoni has given Notion an exclusive peek behind the scenes of the music video for her single “X-Ting”, taken off her brand-new EP, ‘X’.

Dropped on 9th February, “X-Ting” sees Ebhoni putting a self-assured, playful spin on her post-break-up behaviour. Fusing R&B and Afrobeats, “X-Ting” is another example of the rising singer’s undeniable magnetism. 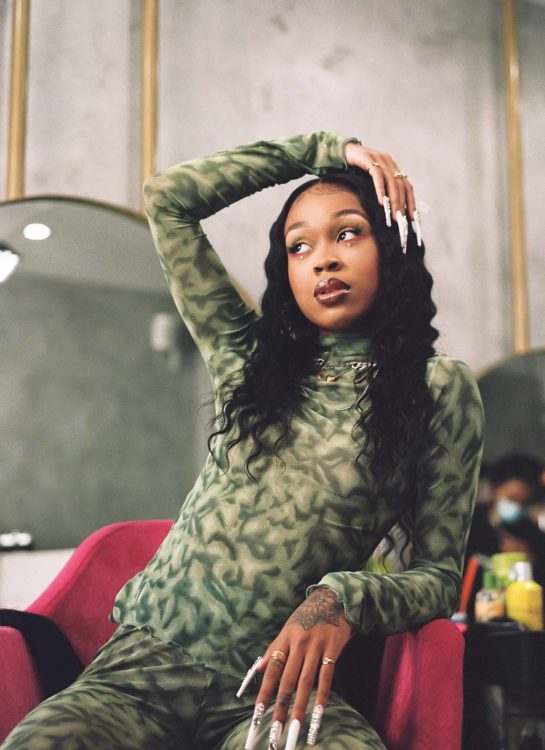 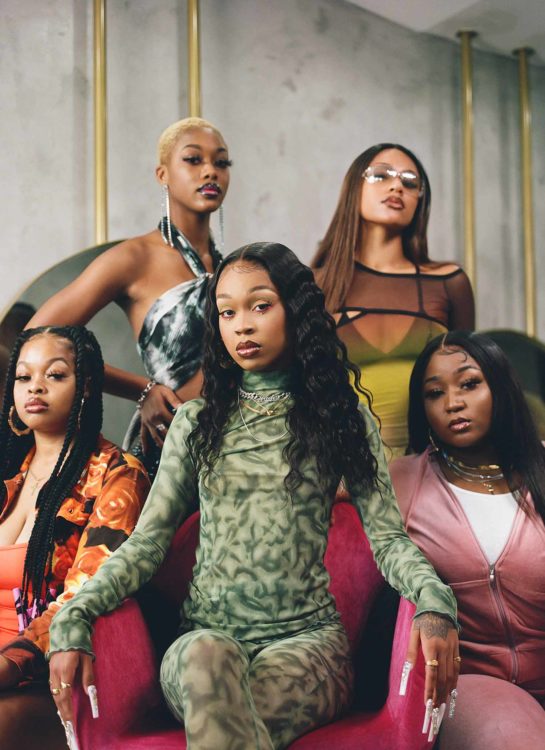 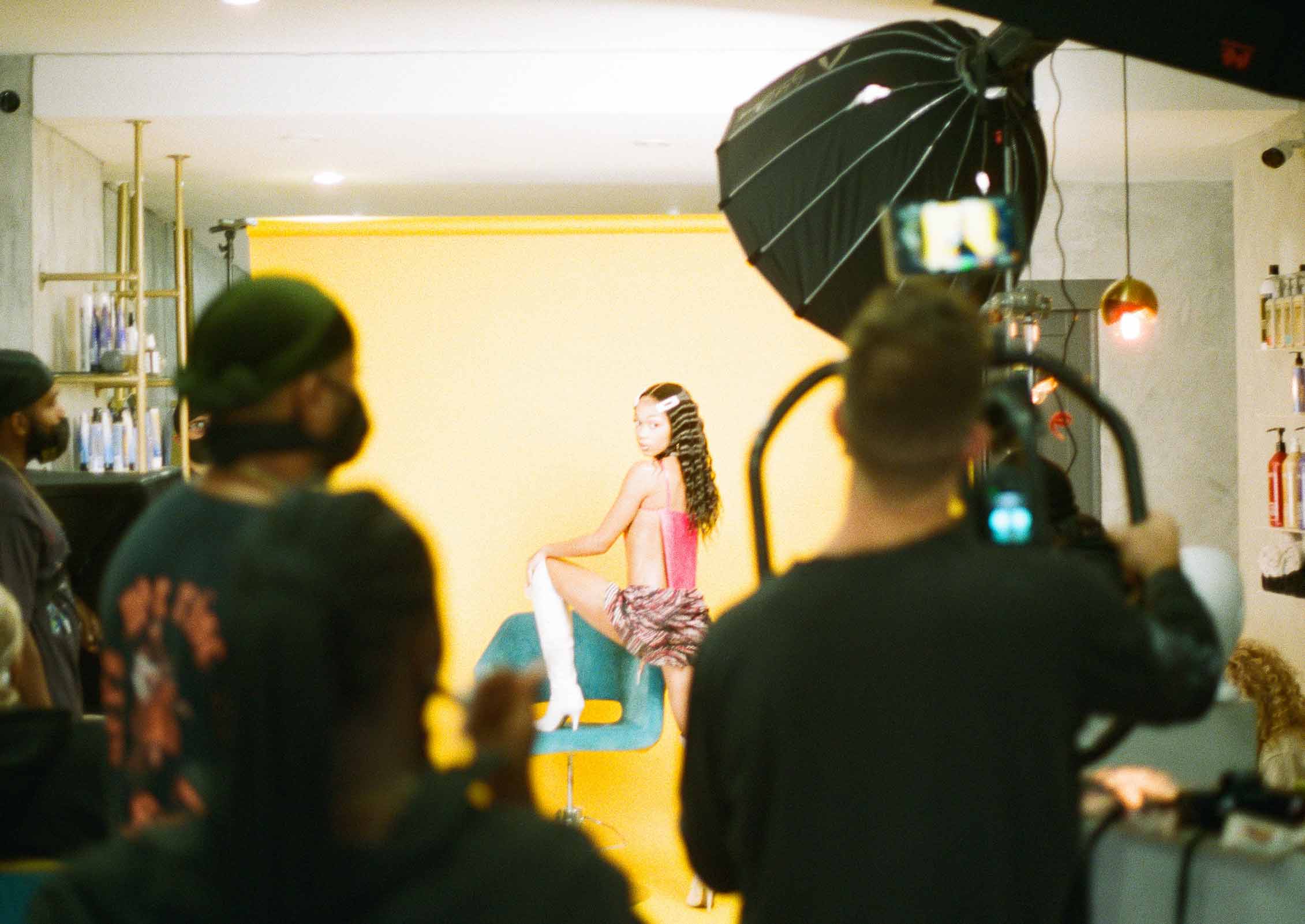 In the opening chorus of “X-Ting”, we hear Ebhoni battle with herself about whether to answer a phone call from an ex lover, singing: “My ex ting callin’ / You see me, I, I run his mind / Wishing he can go back in time / Go press rewind / I see him callin’ / Now, now, should I press decline?”

It’s clear Ebhoni doesn’t suffer fools gladly, as she sings about how she won’t let her ex “take me for a joke” as they cry down the phone to her, begging to have her back, now that they have realised what he’s lost. A confident queen. We love to see it. 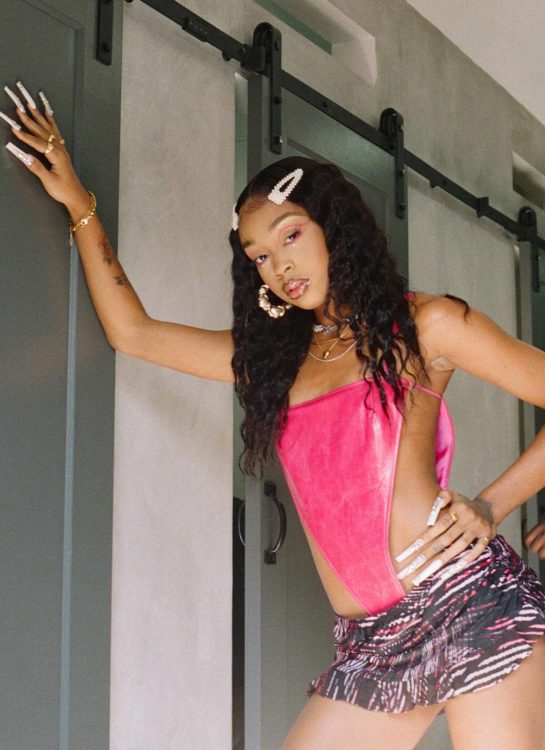 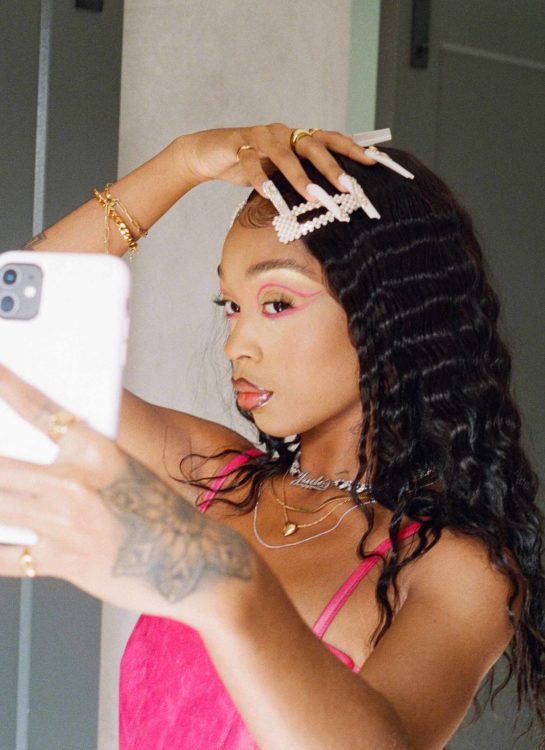 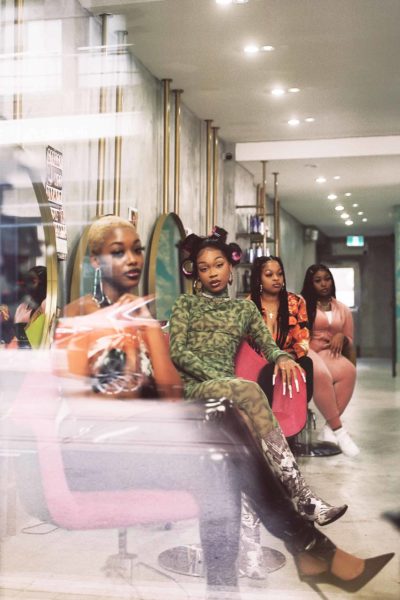 In the music video for “X-Ting”, we see Ebhoni – who has previously modeled for Rihanna’s Savage X Fenty line and open for Teyana Taylor – in a hair salon, clad in a swirled green high neck top and matching trousers, complete with stunningly long, diamante nails. In another look, Ebhoni wears an eye-catching, hot pink strappy top with a ruffled mini skirt and thigh-high white boots, finished off with pearly barrettes in her hair.

“I don’t know why but I am so excited for this video to come out, we actually came up with the concept for the video way back in May of 2020.  We shot the video in October and to know it is finally coming out gives me a little anxiety lol”, Ebhoni said. 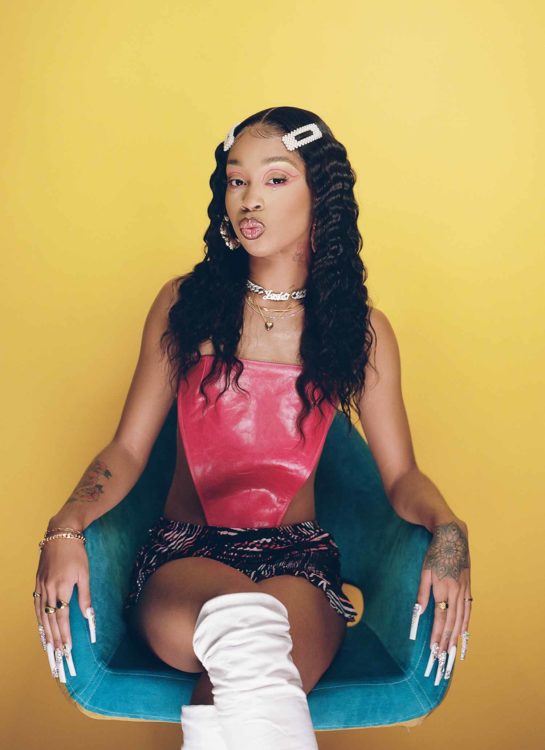 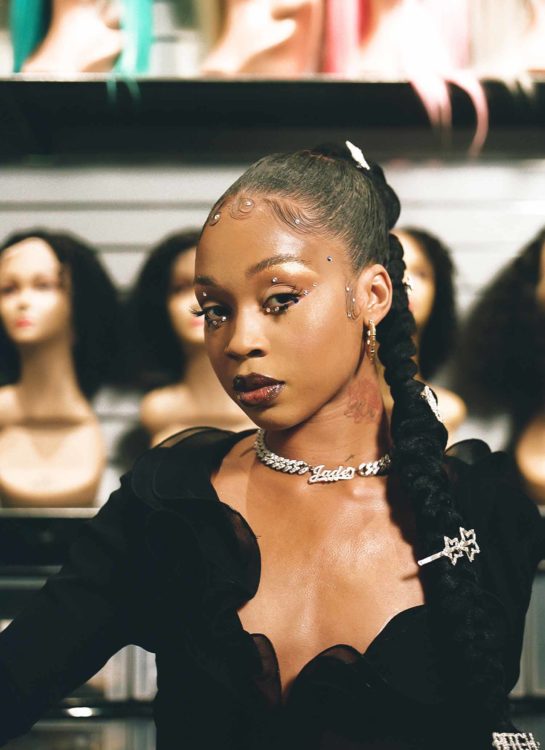 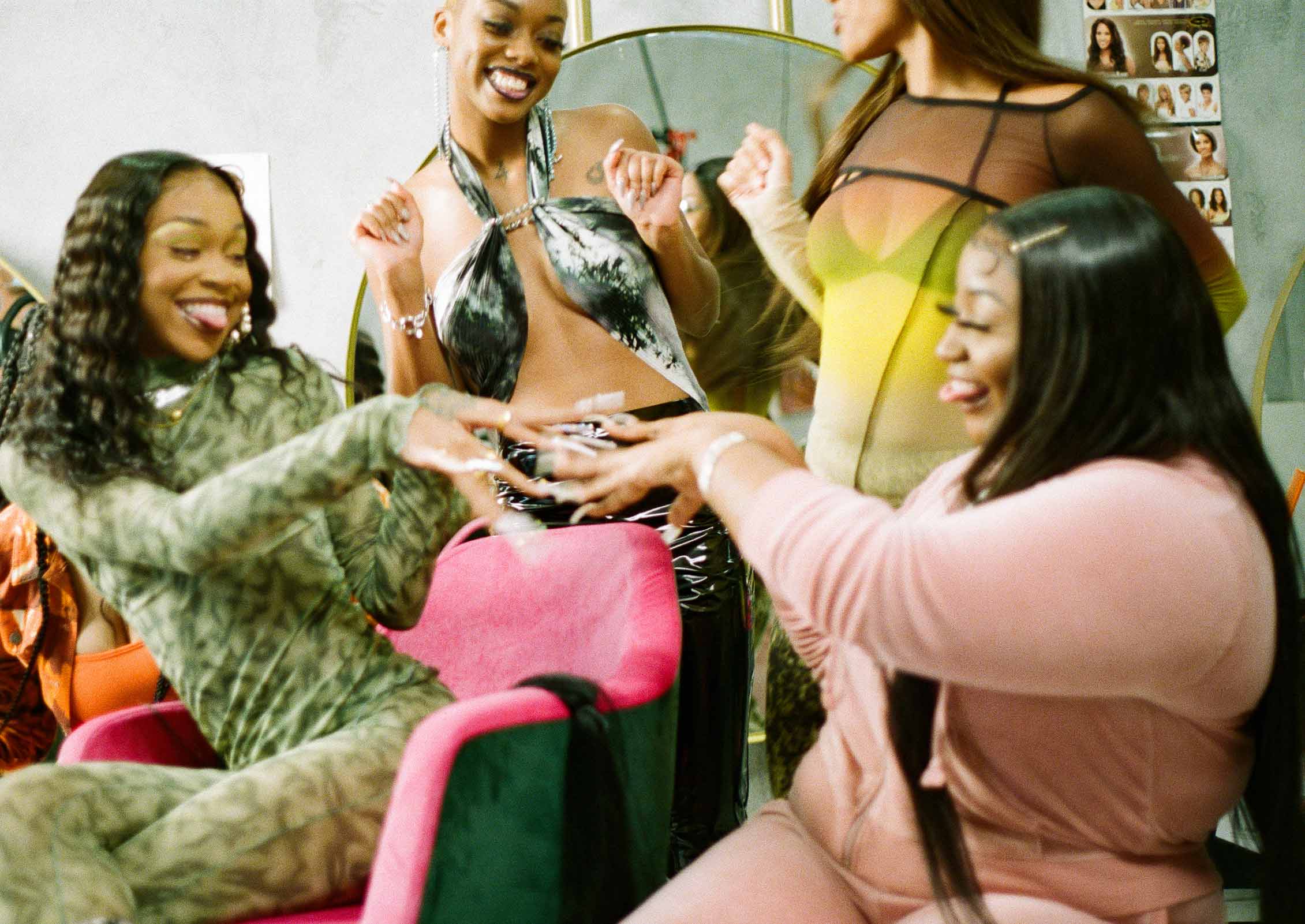 “We really wanted to show our culture, represent businesses owned by women of colour in Toronto. Bby Chris [director Christine Boachie], my friend and amazing director made it happen.  For example, the final scene of the video was shot in Hair Granted Beauty Supply, one of, if not the biggest and only black female owned beauty supply stores in Toronto.  There was nothing but love shooting this video, everyone involved from the director, film crew, cast, store owners, etc. made this experience a vibe.  I really want to thank the MVP Program for believing in our vision and supporting us to bring it together!  Damn I hope ya’ll love it as much as I do!!” 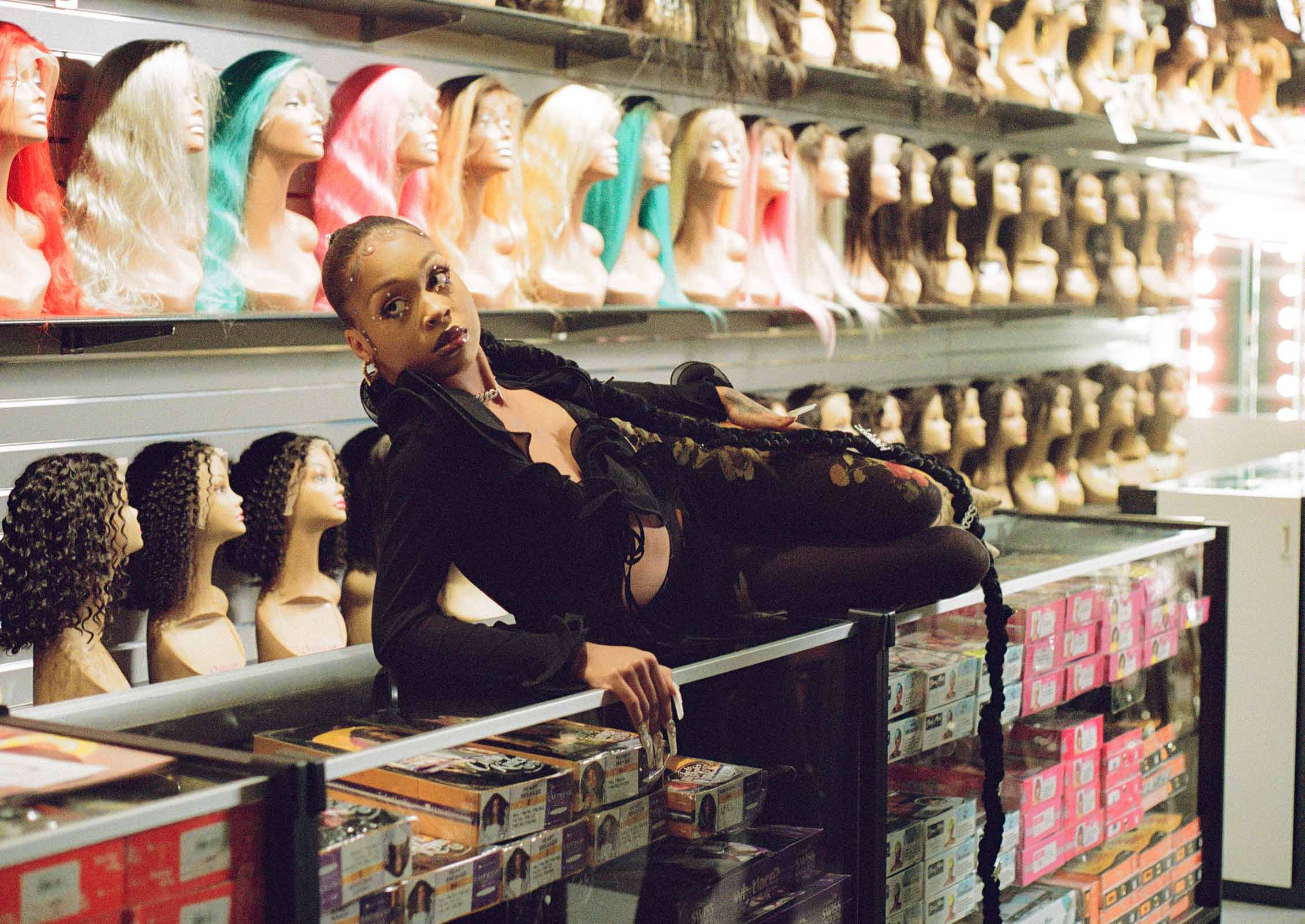