As they drop their new EP, we sit down with The Vamps to discuss their ever-burgeoning fan base, creative licence and and 5 years headlining the 02.

I’ve just walked into the studio in North London to meet The Vamps, but when I arrive I’m swiftly told that they’ve gone AWOL. The rumours on-set are that they’ve nipped to the local vintage shop to pick up some cut-price garms and trinkets – no, seriously! As I sit down and wait for their return, I peer out of the window and see there’s an ever-growing gaggle of teenage girls in the car park, all eager to get a glimpse of their idols. I’m kind of baffled as to how the boys have managed to make it out of the building unnoticed…

There’s few people that fully get to experience the hysteria of a mass fandom. To us normal folk, it’s completely unimaginable, and we somewhat take for granted a “free” life, where you can go from A to B without being chased by a gaggle of devoted teens. For The Vamps though, this has been their life for nearly a decade, and they seemingly take it in their stride. At this point in their career, they’re global stars with an international fanbase. They’ve released 4 top 10 albums, with their two most recent releases bagging the top spot, and they consistently attract over 10m monthly listeners on Spotify. It was even recently announced that they’re the first band to headline the O2 for five consecutive years – a pretty respectable feat for a group whose members are yet to reach the age of 30 and “totally crazy”, according to Connor. But despite their impressive trajectory, they’re still very much the grounded quartet they’ve been since the beginning. Let’s be honest, their quick trip to the local thrift shop seems like the perfect evidence to back up that claim…

When they do finally arrive back on set some 30 minutes later, equipped with bulging bags of musky shirts and antique furniture, they greet me like one of their own. In fact, I’m quick to recognise that everyone on-set is met with the same level of appreciation and respect. They’re humble and content in their surroundings, and they communicate amongst one another like any other group of male mates in their early twenties (sans the Ibiza-ready ‘bants’ and beer chugging). 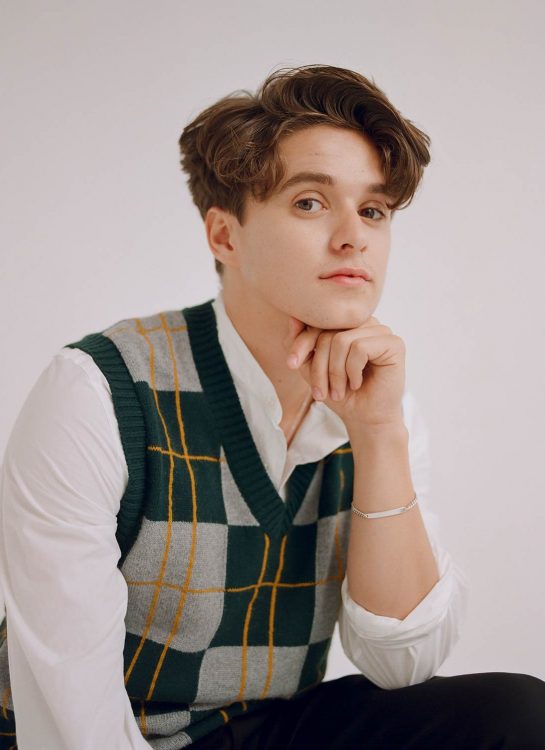 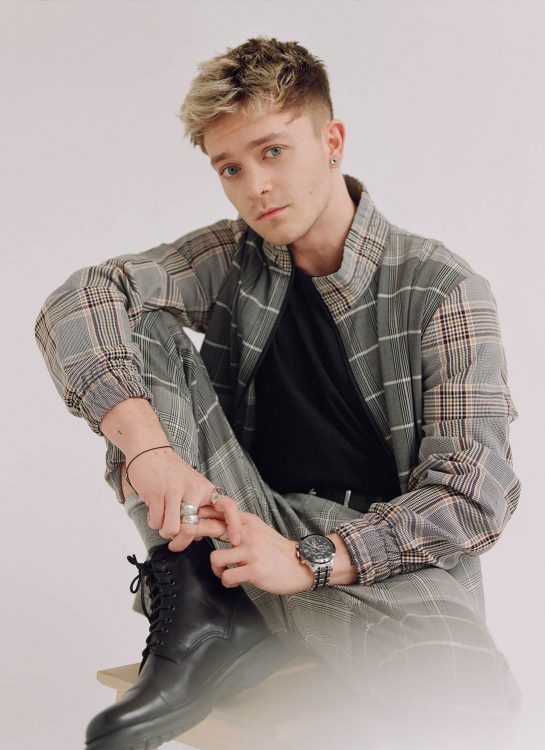 This is the first bit of press they’ve done in a while. After a short break from music (and for bandmate James, a stint in the jungle!), the band are set to return with their best work yet, a new EP named Missing You, which includes a collaboration with Krept & Konan and on which they’ve had the most creative control. “We have just released a song called “All The Lies,” James tells me when we finally sit down to talk, trinkets safely tucked away in the dressing room. “It’s the first song we’ve released in around eight months. This single comes ahead of our EP, which is in conjunction with our tour that is setting off this month.”

“We’ve been in the band for a long time and we have definitely grown and expanded in terms of our passions, talents and musical abilities,” Tristan chips in. “Being a creative, you are always seeking methods of improvement and all of us are like sponges, we absorb inspiration and good energy but we also take criticism well and try to adapt our skills from there.”

Despite insisting that this EP is the one that they’ve had free reign on, they say that their musical output prior to Missing You has always been from their own creative vision. Over the course of their career, Brad has been in charge of writing responsibilities while Tristan has been honing in on his prowess as a producer. They tell me that they can often be found holed up in their very own self-built studio at their shared home, working on fresh beats for the band.

For the four of them, it’s about continuing to create music that can be enjoyed by their dedicated fans. The Vampettes (as they’re called) have stood by them since their inception in 2012, and while they retain their original fan following, they also continue to attract the next generation of pop lovers who discover their sound. I imagine that with any great following, there comes an equally great level of responsibility; both to consistently serve up decent music, but also in being a role model. 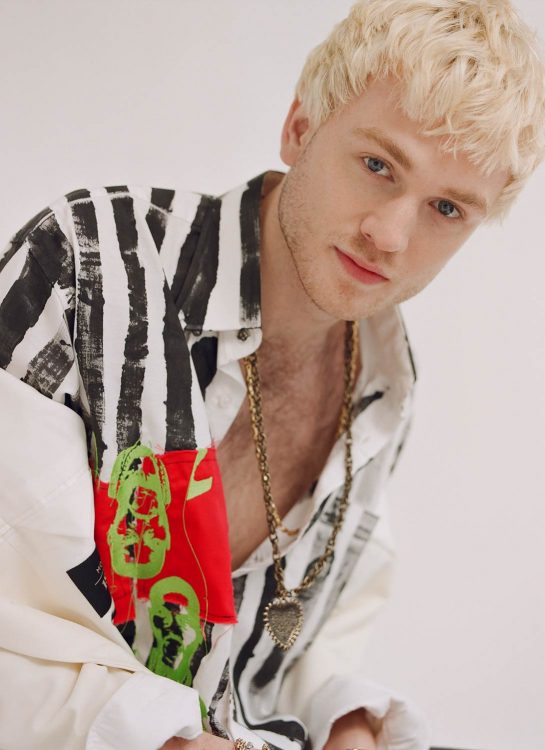 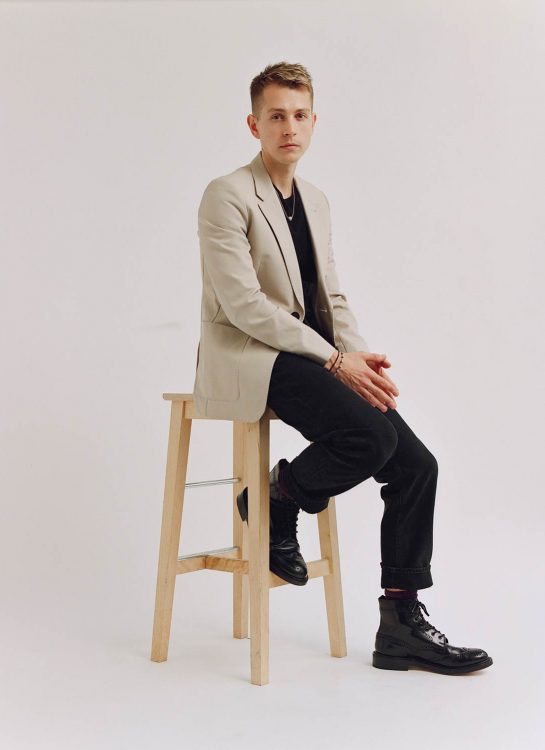 “I don’t think it ever gets normal,” Brad admits when I ask him how he handles the ever-burgeoning fan base (which manifests in 6.5m followers across Twitter and Instagram on their band account, and a further 4m on their personal accounts). “It’s really easy to dehumanise people who are in the public eye, so hopefully by being ourselves, it shows that we are just ordinary people with dreams. [For the fans] to still have the same tenacity towards us after eight years is beyond amazing and insane. You can get swept up in it, but you have to be grateful that these people are supporting your passion because they believe in you. It’s a lucky thing to have.”

Despite their tenacious nature, it doesn’t leave much room for the boys to make mistakes. It’s easy to forget that they’re still young and only human, we’re all guilty of doing something we regret, especially on social media. “I believe everybody in the public eye has a responsibility to portray what they believe is the right way to do things, however your moral compass sits, you have to be honest with no filters,” Brad muses. And in terms of maintaining their crystal clean personas, so far so good.

Their ability to stay on the straight an narrow is in part due to them using music as an emotional outlet. Brad even describing music making as his very own “therapy”. For the fans, Missing You will probably be their most relatable and emotionally-stricken work yet. With key themes that touch upon their own relationship woes and feelings of worthlessness and nostalgia, it’s a personal record where every word has been pondered over and considered. Entirely written and co-produced by the band, it’s clear to see that this is the start of their next chapter.

As they unleash Missing You on the world, I wonder what it feels like for them to acknowledge just how far they’ve come. “It’s actually bizarre!” James confesses. “To have all these opportunities and exciting things happen is beyond my imagination. We almost forget that this is what we do for a living because we love it so much. It’s hard to reflect because everything happens really quickly, but we have had some amazing things happen to us over the past eight years for sure.” For Tristan, it’s about looking to the future rather than looking back: “I feel like now we are established enough to do what we want in a relaxed manner and really focus on putting quality music out for our supporters without the pressure.” Amen to that. 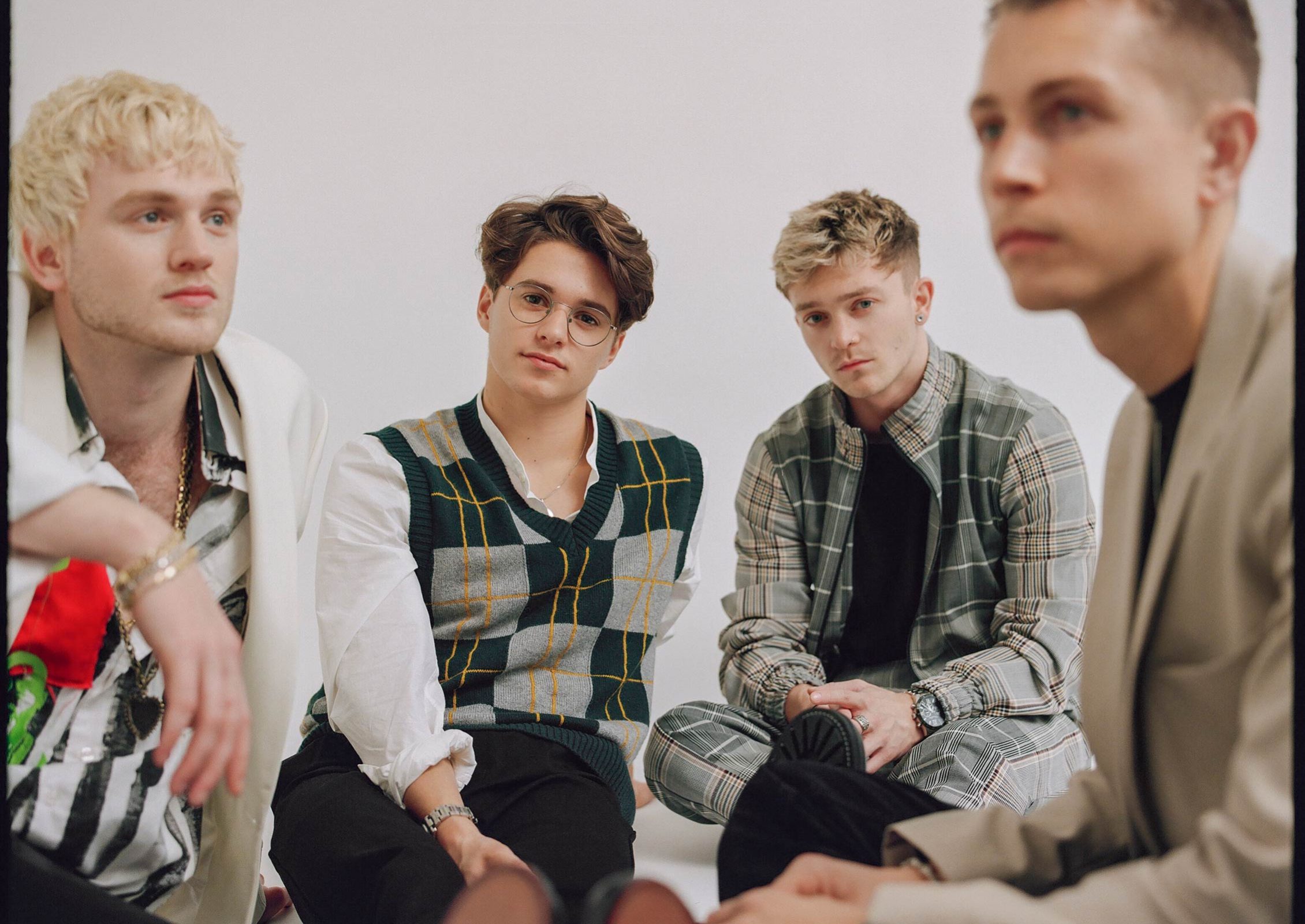