Greenlit last Autumn, new HBO series The Idol looks set to fill that Euphoria-shaped whole in our evening’s watching. While we haven’t been given many details, The Weeknd (Abel Tesfaye) premiered the chaotic 90-second teaser at a recent New Jersey leg of his ‘After Hours’ tour.

Co-created with Euphoria’s Sam Levinson, Abel plays opposite Lily-Rose Depp in the lead role alongside stars such as Troye Sivan, Blackpink’s Jennie Kim, Hari Nef and Tunde Adebimpe. Depp plays a young pop star who enters into a  relationship with a self-help entrepreneur, who also runs a cult, played by The Weeknd.

Described in the trailer as “the sleaziest love story in all of Hollywood” the sex, drugs, and hazy shots echo Euphoria episodes passed, with perhaps an even darker edge. While we await more info and an official release date, watch the trailer below. 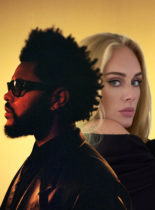