There’s Something in the Waters

We spoke with the viral, unparalleled, and self-defining Curtis Waters about his debut album, 'Pity Party', TikTok, and doing it all himself.

Most young artists fight their way onto scene, but not many have done so with the meticulous precision, scrupulous planning, and curated sound like Curtis Waters. Researching TikTok for years before his debut release to ensure his track didn’t just land but sore, Waters’ entrance to the scene wasn’t just dramatic, but immaculate.

The timeline in this is also crucial, shifting from an unknown bedroom producer with “a minimum wage job to talking to almost every CEO at record labels” in just a few months over lockdown. Having struggled to quite fit after moving from Nepal, to Germany, and then Calgary, before eventually settling in North Carolina at 17, the now 20-year-old started producing tracks as a creative outlet as a teen. It was only when he went from selling tracks to other artists on SoundCloud to working on his own projects that his musical dynamism was unleashed ­– and propelled him to the unshakable stature he has today.

In terms of style, Curtis is undoubtedly perceived as dynamic, diverse and divergent. But with his debut album ‘Pity Party’ released last week, Curtis describes genre as something he wants to stay away from. Instead, he cites eclectic musical influences as well as his bi-polar diagnosis as a starting point for the record, going on to explore feelings of oppression, isolation and his commodification as a young artist.

Of course, Water’s unconventional yet lucrative process has paid off, bagging millions of global streams, decisive praise from likes of Rolling Stone, and a record deal with BMG, keeping 100% control of the music. As ‘Pity Party’ gathers global traction in the first week following its release, there is simply no doubt: Curtis Waters is making waves. 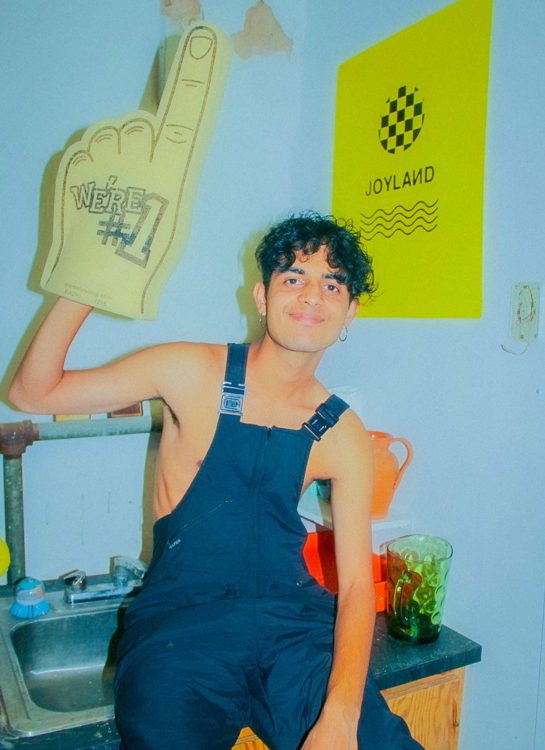 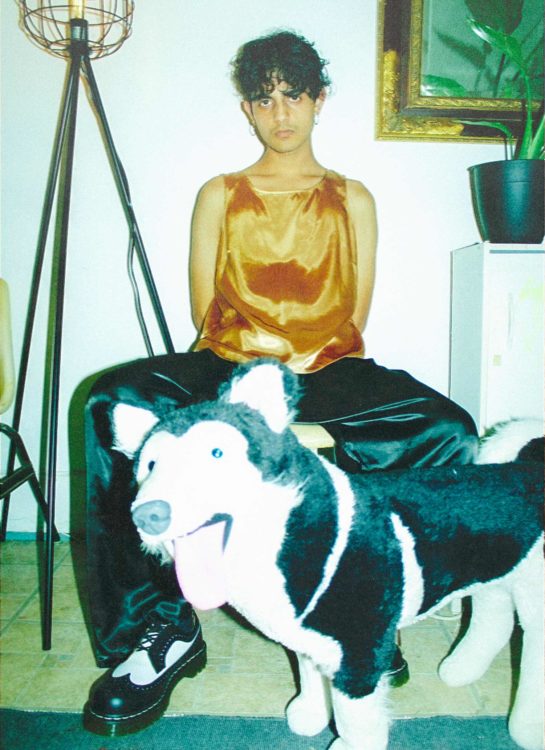 Having dropped your track “Stunnin’” alongside a self-produced video made in your garage back in May, did you ever expect it to gain the traction it did?

No, not at all. The biggest goal I had was maybe like 1 million views or 1 million plays. For a lot of the people in the underground music scene that I look up to, 1 million views was their goal and it’s like, if you hit that, you’ve won.

You released a TikTok dance for “Stunnin’” which helped it to soar. Do you see social media like TikTok as a tool as an artist or something you actively enjoy?

I actually researched TikTok for like 2 years and thought that it was the perfect way for anything to blow up and this is so important. I tried to get other people to use my music, but it didn’t succeed so I learned to start promoting it on TikTok and social media on my own. I enjoy TikTok but to be honest if I wasn’t a musician, I don’t think I’d use it because it’s a little toxic and very dangerous for your mental health. Honestly, I wish I could work on my craft and be the type of guy to read books, work out and meditate and not be on the internet all the time, even though it’s so useful.

Following “Stunnin’”, you dropped “System”, showing a different side to your music, both personally and sonically, addressing the difficulty of navigating both the world and the music industry.  Did you expect the music industry to be so formidable so quickly?

I guess not, because I had no idea about the music industry before I blew up. I was going from like a minimum-wage job to talking to almost every CEO at record labels. It was slightly frustrating because it made me realise that music is more about algorithm and hype than actual music – I think that’s why I dropped “System” straight after “Stunnin’”. I wanted to let people know that it’s not just hype and trends for me, I really want to be here and be honest. I wrote it as “Stunnin’” was blowing up and when everything was happening in the world with the Black Lives Matter movement. The song was really vague and about my frustrations with the world at the time. There’s so much other shit going on in the world and here I am on a call every day, just talking on the phone and it just felt like I was being commodified.

You’ve expressed concerns for other artists working with labels, with how difficult it can be to maintain creative and personal agency. What would your advice be to other artists starting out?

Definitely build up leverage. I think you shouldn’t need a label more than they need you. By the time I signed I was making my own beats, mixing and mastering my own art, creating my videos and promoting myself. You really have to do it on your own because once you get with a label, they’re not going to help you as much as you can help yourself. My main thing is definitely to be self-reliant, and don’t wait for a label to come and help you because if you can’t figure it out on your own, nobody can figure it out for you. I also have a really great manager to guide me with this, Chris Anokute. He gave me so much knowledge. None of this would’ve worked out the way it did if it wasn’t for Chris and he’s the main reason why I had this patience. But that doesn’t mean that you need a Chris. I hope even me talking about this gives someone the power and knowledge to know they do have the power of an artist to be patient and keep growing on their own. 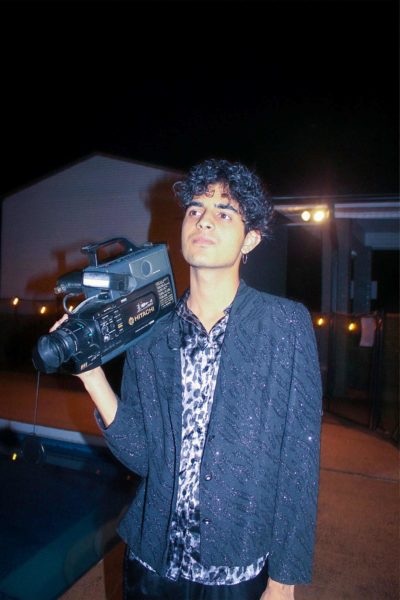 Your most recent single “Freckles” as well as “The feelings tend to stay the same” capture completely different experiences. Where did you start with those tracks?

Those tracks are the type of tracks that I usually make. They come from a very honest place whereas “Stunnin’” came from an ironic, humorous place. Usually, when I’m making songs, I’m actually just closing my eyes and saying the first thing that comes to mind. “The feelings tend to stay the same” was about this ex-girlfriend that I was missing so much and I was reminiscing about my whole relationship with her and how bittersweet it was. “Freckles” was kind of a similar situation.

Your debut album, ‘Pity Party’, has recently dropped. What stories are you exploring on this record, and what sound can we expect?

There are all types of sounds but I don’t want to label it. I’d rather people figure out for themselves and decide what sound is what. I think from the intertrack you can really understand the theme of the album – which is growing up as an immigrant, struggling with race, struggling with mental illnesses, girl problems and coming of age. I write music for myself, it’s really a therapeutic thing, so I’m really just describing who I am. It’s really like a diary – even the most disgusting and embarrassing stuff will be in your diary.

You wrote the album during your bi-polar diagnosis. Does that come into this album at all? If so, what effect did that change in your life have on your music and creative process?

Bipolar is the main reason I wrote this album because it felt like I was going through so much pain, so I needed to share it or make somebody else relate or feel better, or else it’s not justified. There’s songs about pharmaceutical medicine and being emotionally unstable and things like that. When I think about it, the whole album is about bipolar and trying to cope with it and heal and grow. It wasn’t very intentional like ‘this is a bipolar album’ but more like I am a guy, struggling with bipolar, talking about myself so naturally it would come out.

Who are some of your biggest current musical influences?

When you’re not making music, what’s life like right now?

Right now, I hang out with my little brother and I’m seeing a very kind woman who I hang out with. I also have a weird habit of going to Guitar Centre and asking their employees questions all day and buy random stuff because I could never afford to buy instruments growing up. Any excuse I have to go to Guitar Centre, I’ll go and bother the employees. In the summer, all I was doing was swimming in the river, but I need to find something fun to do this fall.

In one word, what do you want to be known for?

Honesty, because my most important traits are honesty and vulnerability, and I want to continue being a good person. You can be as successful as you want but it doesn’t really matter unless you’re a pure person.