This June, things are really looking up – the sun is beating down, the birds are singing and we’re nearly through to the other side of the pandemic. Hold tight!

Cinemas are back in full swing, restaurants have re-opened their doors and we no longer have to spend chilly evenings at the pub willing our goose-bumps to disappear, because now we are allowed inside! But while we are waiting for things to cool off, we’re still basking in the great outdoors.

Here is our pick of alfresco theatre, backyard cinemas, and design hotspots, in the UK and away, for those long summer days.

Head to the Beach & the Cinema All in One Go

The UK’s leading experiential cinema venue Backyard Cinema has reopened. To ensure that everyone is feeling the summer vibes BYC will transform their home at the iconic Capital Studios into the UK’s biggest ever indoor beach with over 56 tonnes of sand. BYC’s two immersive destination experiences, Miami Beach and L.A. Nights will cater to all yearning cinemagoers and jetsetters of all ages, giving everyone a chance to dip their toes in the sand and fly to the cinema first class.

Both destinations will offer idyllic surroundings and cocktails galore, as you enjoy all your favourite films including the likes of Grease, MAMMA MIA!, The Parent Trap, Princess Bride, Jurassic Park, and Kinky Boots, as well as being the only immersive cinema to screen new releases such as, Wonder Woman 1984, Judas and The Black Messiah, Lin Manuel Miranda’s In the Heights, Top Gun: Maverick, Space Jam: A New Legacy, BAFTA-nominated Minari and Godzilla Vs. Kong.

BYC will celebrate Pride with an array of films such as Moonlight, Call Me By Your Name and Paris is Burning. For those of desperate to sing out loud once again, Sing-along Saturday returns, giving people the chance to belt out their favourite songs from The Greatest Showman, Rocketman and Pitch Perfect. The yearly sell-out showing of Baz Lurhman’s Romeo & Juliet will once again receive the ultimate BYC treatment at Union Chapel, where audiences will get to delight in the sumptuous live music and setting to go alongside this much-loved film.

Between the Bridges in Southbank

Now open on London’s South Bank, Between The Bridges is a brand new venue, with a unique programme of eclectic non-stop entertainment, top-tier street food and London’s largest outdoor drinking area for the summer. Entry into Between The Bridges is free apart from on Friday and Saturday evenings from 5pm when entry is £5. Advance table booking is recommended, and this can be booked along with the activities at www.betweenthebridges.co.uk.

Between the Bridges’ mammoth entertainment line-up kicks off with electronic titans Crazy P (DJ Set), alongside funked-up disco duo Silk. Gilles Peterson will shake the South Bank on June 5th with an eclectic mix of all genres to get revellers on their feet, whilst Hot Chip’s Joe Goddard and Jay Carder will bring the electronica to the riverside for a very special show, alongside many more!

Feel the Breeze at an Open Air Theatre

Across the UK, theatres are getting back into action. If you’re looking for a social distancing-friendly venue for your dramaturgical outing, open-air theatres are the ideal option. Luckily, they’re opening up around the UK, from Regent’s Park’s Open Air Theatre, where Romeo and Juliet will be showing from the 17th June-24th July, to Cornwall’s spectacular seaside Minack Theatre, where you can take your pick of comedy, music and drama. London’s beloved Globe Theatre is also returning with another Shakespeare, A Midsummer Night’s Dream, from 2nd June until October.

Heading to the sandy shores of Brighton? Why not tie in a trip to Brighton’s very own Open Air Theatre, which is staging a host of rollicking comedy from Zoe Lyons to Stephen Grant.

Along with music festivals, food festivals are coming up this summer. A taste of what to expect this June includes Ilkley Food & Drink Festival, 12-13 June, which promises deckchairs, local flavours and live music. Also on the menu is Leeds’ Chow Down on the 25th June, where food is accompanied by a live DJ set from Mr Scruff. Meanwhile, Bigfoot Festival, 18-20th June, provides an electric line-up of both food and music from Ragley Hall in Warwickshire.

If you miss the food festival line-up, don’t worry – there are plenty of outdoor food halls which will be open throughout the month. Check out the Great Northern Warehouse in Manchester, whose delectable selection ranges from bakeries to Thai restaurants, to a gym and cinema.

Wild swimming is set to make a comeback. With sunny weather like this, it comes as no surprise – fingers crossed it will hold up! Some of the best UK spots include winding river The Barle, Somerset, the hilly banks of the River Wharfe, North Yorkshire, classic walking spot Lake Windermere, Lake District, and the whirling Fairy Pools, Isle of Skye. Combine a dip with a day or weekend trip, for an easy summer holiday.

The perfect way to abate the heat, and – best of all – the activity is free of charge!

London Pride may not be happening in person until September, but events are happening around the UK and virtually to celebrate the month. Soho’s bars are back in business, from She Bar, to Retro Bar. Meanwhile, Bi Pride will be happening online on the 19th June, with an exciting virtual array of events to stay tuned for.

Some events are still going ahead this June: The Beach Walk Bournemouth to Boscombe will be taking place on 13th June at 11am, Blackpool Pride will be convening on 4th June, Edinburgh Pride will be on the 12th June, Exmouth Pride on the 19th June, York and Oxford Pride on 5th June, while London Trans Pride will be happening on 26th June.

Further afield, Dublin will be partying for nearly the entire month until 28th June, Sao Paulo Pride will be launching on 6th June, and LA Pride on 11th June.

Immerse yourself in London’s Design

From the 1st until the 30th of June, The London Festival of Architecture will be hosting a stellar series of events, from talks and debates, to film screenings, to interactive exhibits, showcasing the capital’s architecture. Events to watch out for include a screening of Maria Șalaru’s documentary “Aging Buildings | Aging Bodies”, in partnership with the Romanian Cultural Institute, about Romania’s socialist apartment blocks (2nd June, 7 pm), and The Architecture Bake Off (2nd-6th June), encouraging you to bake your favourite buildings in cake form.

London Fashion Week will also be returning from 12th to the 14th June. The events this year will be available to watch online. Finally, the London Design Biennale will be centred in Somerset House’s dreamy courts until the 27th June. Themed “Resonance”, the festival has already seen Somerset House’s fountains taken over by a forest, with participants including PoAD and Cold Flux. Tickets are £22.50, with concessions at £16.

Calendar, Things to Do, What's On 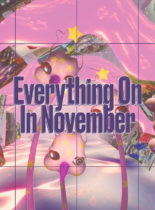 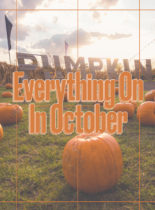 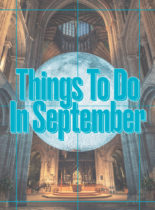