thomTide Is Telling His Story In Song

Before his free-flowing, Spring-infused new single “doveTailed” drops in June, we caught up with thomTide about his creative philosophy and how he manages to keep listeners in suspense.

Since swooping onto the music scene in 2020, thomTide is already beloved in the indie world. Master of chill tunes, his genre-blending, entrancingly fluid style has swept in press praise. Subsuming everything from classical, to lo-fi, to R&B to create hypnotic tracks, thomTide’s success so early in his career comes as no surprise.

The San Diego artist is already midway through his debut project, what he calls a “seasonal sonic drama”. Taking inspiration from global and personal events, as well as capturing the mood of the season, the symphonic journey on which thomTide set sail in 2020 has followed the Fall of a relationship, the loneliness of Winter, and now is ready for a fresh new start with Spring.

Jaw-droppingly ambitious and yet one of the breeziest musicians around, thomTide is set to be a major player in 2021, with his songs released bi-weekly throughout the year. Here, we talk about why his singles are famously short, putting real emotions into song, and how John Legend and Dominic Fike inspired his latest. 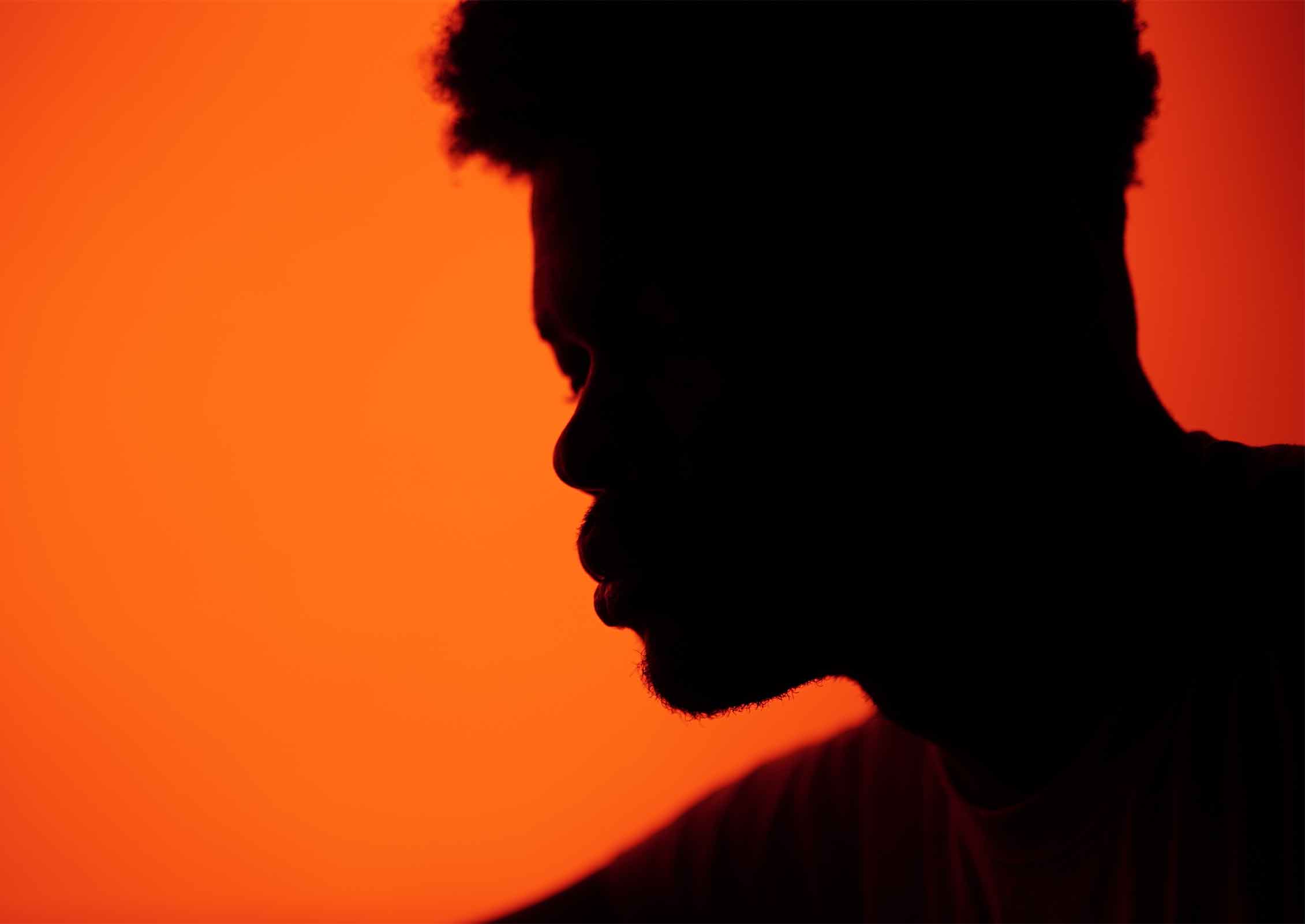 How did you create “oceanBreeze”? And how did you know when it was finished?

For oceanBreeze I think half of the creative process was searching for what I wanted.

The instrumental saw more iterations than any song I’ve ever made, and so did the writing. I thought I wanted the song to be super sweet and romantic, but as it came together I didn’t like how that felt.

I wanted higher stakes. Like I’m admiring this girl in the first half, but in the second half, I’m doubting myself and trying to figure out how she feels about me. Then the hook was the last thing I did, and it sort of added even more salt to the feeling but in a way that I thought was realistic and cool.

You’ve talked before about making a “TV show” or “drama” of music, especially with your Seasons project. Could you tell us more about this storytelling element of your work and what inspired you to do this?

Yeah, I always loved concept albums, from the likes of Kendrick, Cudi, and Kanye to name a few. I love the experience of sitting down and listening to a story in full. I feel like these concept projects are like “movies” and it was easy for a listener to commit to this experience back in pre-streaming days where CDs were the thing. Streaming did a lot of things which is a longer discussion, but in brief, it was a change to the industry and our relationship with music as listeners.

I wanted to keep what I liked from those concept albums but apply it to the single-based culture of streaming. This fusion ended up being the “television show” analogy, which came from a discussion with the visual artist behind the project, Dominique Mills. That is, pre-Netflix television when one episode would premiere and you had to wait a whole week before you got to see what happened next.

I knew if I just made a full 27 track concept album upfront and released it one at a time, I wouldn’t be taking full advantage of the episodic design. So I decided to make the songs as I go, one season at a time, and allow the happenings of the year to impact what was made at each time.

How do you go about recreating real emotions in your music?

I love that you asked this. I’ve been thinking about this a lot lately. The feeling is actually the starting point nowadays. I need a goal feeling. And the song isn’t done until that feeling is matched by the song. So there’s no goal sound per se, but a goal feeling. Then I audition chords, instrumentation, melodies, drums, and words until it makes me feel the feeling when I hear it.

There was a TEDx talk by Claudio similar to this. She said the feelings already exist in the listener but it’s our job as musicians to find a “harmonic match” for those feelings, and sort of pull them out of the listener when they hear the song.

Your tracks are always under two minutes, and yet you have also said you try to take in everything that’s happening when working on your Seasons tracks. Is it difficult packing so much into such a small space?

Hmm yes and no. I personally feel like the average 3-minute, 2 verse song can be a very complete thought. It can have a problem and resolve that problem and feel like there is closure. But I wanted these songs to feel like episodes, like meaningful moments from a larger story. The closure for one episode in the Fall might not happen until an episode in Spring. I just wanted each song to say one thing, whether it’s good or bad, right or wrong, complete or incomplete. And the growth or closure might happen in another episode.

And in response to taking in everything as the year goes: yes, that’s half the challenge since some times of year are more eventful than others. But I think it balances out because in the quiet times you can look at things a little bit more emotionally removed and see new things.

Has what’s been going on with the pandemic fed into “oceanBreeze”?

Oh absolutely. I hope you and everyone reading this is doing the best they can. The whole project is a product of the pandemic. The solitude of the pandemic just meant that I couldn’t distract myself from how I feel about everything and what I’m doing to make myself better and the world around me better. I had to develop my relationship with myself quite a bit.

“oceanBreeze” talks about pursuing a love interest though. So that wasn’t consciously impacted by the pandemic.

“oceanBreeze” has a trap music feel, which is quite different from your other songs. What artists were the biggest influences on this single?

I looove rap, and I love pop so much. I was very intentional about starting the series in the Fall with this sort of lo-fi sound, then getting experimental in the Winter, then ascending from experimental to pop in the Spring.

I have to say that the main guitar riff is inspired by Show Me by John Legend. So I guess Raphael Saadiq played that? That guitar loop is an actual dream, and what he does with that run in the middle, it just has so much control and swag. I did the most amateur attempt of all times at capturing the same feeling.

Your music has lots of references to the natural world. Why and how does nature inspire your music?

Hmm yes, that’s an interesting point. I think I like the imagery of nature. They say a picture is worth a thousand words. I try to do that with writing. Most of the time I prefer to describe a scene in nature because it can pack a whole lot more meaning than the surface-level imagery. Like “flowerField”, I could’ve just said “I be overthinkin’”, but I thought the flower and weed analogy said exactly that plus lot more in a very visual way.

You’ve talked previously about your “creative philosophy”. Can you tell us more about it?

So for example, according to my creative philosophy, making music is a creative act because I can generate a song where there was none before. The complicated part is what steps go into the process of making that song, and why am I doing each step. A lot of musicians get to the same result, an enjoyable album let’s say, but we approach it a million different ways.

So I think that’s what I was trying to get at. Some people will make sound design an afterthought, whereas others will spend more time on sound design than anything else. And we’ll all have different reasons for doing or not doing that. I try to just be as curious as possible and examine something different about my process with every song. Even steps in the process that I do every time, I try to think about them differently. Like “yeah I always need to write, so what if I write on my phone this time? Or what if I write on paper? Or what if I punch in like Lil Wayne?” And each of those decisions affects the resulting product.

This can be a rabbit hole so I’ll stop. But that kind of illustrates why it’s so important to me, because it makes me feel like there are endless possibilities as long as I’m constantly iterating on that philosophy “what goes into the process and why”.

What can we expect from your upcoming tracks?

Expect the unexpected! I’m keeping it interesting even for myself, but as far as feelings, plenty more stuff to move your body to in the Spring and Summer.

What do you get up to when you’re not making music?

Ahh biking, hanging with friends, nature stuff sometimes, movies, and coding. I be eatin’. I be cookin’ too.

Listen to thomTide's latest single below: