With London at melting point this coming weekend, Malibu Rum's pool party is set to raise the temperature further, while offering a unique chance to stay cool in a top secret location. 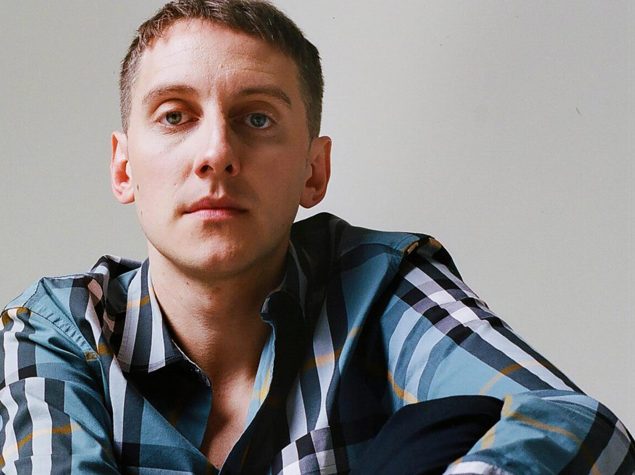 Undoubtedly one of the biggest, hottest pool parties in the UK this summer, the poolside sounds will be provided by a host of talent, headlined by none other than Radio 1 DJ, Sheffield legend and soundsystem master from Ibiza to Jamaica

A true scholar of UK club culture, Toddla took the time to let us in on the ideal ingredients for a perfect pool party, his recent collaboration and how to stay passionate in the music industry.

It looks like you’ve got the weather for Saturday’s party very much on your side. From a DJ’s perspective, what makes for a great pool party?

A good sound system is a necessity for any party, obviously. But when you’ve got water, sun, good music and people making the effort but wearing less stuff, it’s a comfortable environment, and it’s a vibe.

You released your last album, Foreign Light, through your own label, Steeze. Are we going to see new talent appearing on the label alongside your own music?

I mainly set it up as I was in a position to put out music or promote it on my own terms, and not rely on other people, whereas when I started, I needed the help. And it’s really just a platform to put out records or whatever I want. I’m always up for putting out new stuff, but I’ve just got to make sure it’s right. When you do an independent record label, people forget, it’s already quite fringe, quite DIY. But I’m just glad that I can put music right out there.

You started out on the fringe of music, in Sheffield, and it’s now nearly a decade since your debut album, “Skanky Skanky”. Do you ever still reach for that? How does it hold up?

I haven’t heard it in years. I think that maybe – and it sounds really pretentious – but I’m always looking forward. I get excited about the future, not the past. I feel like it was a time and place, and given that, I don’t really want to listen to it. But it’s a very Sheffield record, and it sums up a certain time and an age. I’m super proud of it, but it is what it is. I think I’ve progressed so much, that if I heard it now, I’d probably hate it!

How connected are you to Sheffield these days, and how does the scene there look to you, compared to ten years ago?

I don’t get back as much as I’d like, but I have a lot of connections with Sheffield. I book and promote people from Sheffield, the guy who takes my photos, he’s from Sheffield, the guy who does the voiceovers for my radio show he’s from there… In terms of how much it’s changed, when I was there, it was still a bit rough around the edges. Whereas now, there are a lot better clubs and bars, and Tramlines is a big deal festival these days. But a lot of things, and the people, are still the same. That’s what gives the city it’s character.

You’ve been hosting a show on Radio 1 for nearly ten years, too, which is a pretty outstanding amount of time for one station. Have you had to work hard to keep up, or does the music just find you?

I suppose when I was just buying records or listening to the radio myself, just as a fan, I was always just looking for music that made me feel a certain way. And that was always new stuff. So I think it’s a natural combination of being nerd, and making sure that I get the best of that music. And it’s so important, having a radio show. I can’t believe that it’s been that long. I count my blessings everyday, to be a part of the BBC radio family. Not only for it’s legacy it is, but in terms of how important it is for the country.

Your last single, “Never Mine”, was a collaboration with Rachel Foxx, who’s a very fresh voice, especially in comparison to your previous work with Andrea Martin, who’s a vocal legend. What about Rachel’s approach worked for you?

I just always loved her voice. When I met her, I really liked her, but just because you get on with someone, doesn’t mean you’re going to make good music. But we got in the studio. And nowadays, when you’ve made a song, there’s still so much prep to do. And it’s important to me that I’m working with someone who I get on with, and who I know wants to be in the studio. And she’s been brilliant. It’s been wicked watching her flying on her own.