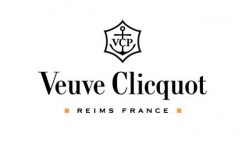 The Bowie and Grace Jones collaborate has tapped Young Fathers, Joe Goddard and Liam Hodges for this years exhibit.

Since it’s inception in 2014, Veuve Clicquot’s Widow Series has continued to attract bigger names year on year. Previous collaborations have seen the likes of voguing polymath FKA twigs and stalwart fashionista Carine Roitfeld taking up the reigns as the exhibits curator. For this years outing, graphic designer and creative director Tom Hingston has been drafted in to put his epic spin on the series – and if his collaborations with the likes of Grace Jones and Massive Attack are anything to go by, it’s going to be one to remember.

For Hingston, this years concept is all about going back to the brand’s roots, looking at the story of Madame Clicquot and the rebellion that she stood for. Considering the influence she had on her time has led Hingston to exploring the UK’s subcultures, and particularly honing in on music and the varying genres which stand out as vehicles for creative thinking and radical ideas. His long-list of collaborators on the project, which includes everyone from Young Fathers to Nick Knight, all have links to these genres in one way or another, whether it’s via influence or direct relationship. The result is a masterful and methodic expansive night-club, which seeks to explore the roots of the Vevue brand and impart information about the excellence of UK subculture.

As prepartion for the exhibit reaches its climax, we managed to steal Hingston from a site-visit to find out more about what he has in store for this years Widow Series, aptly named REBELS. 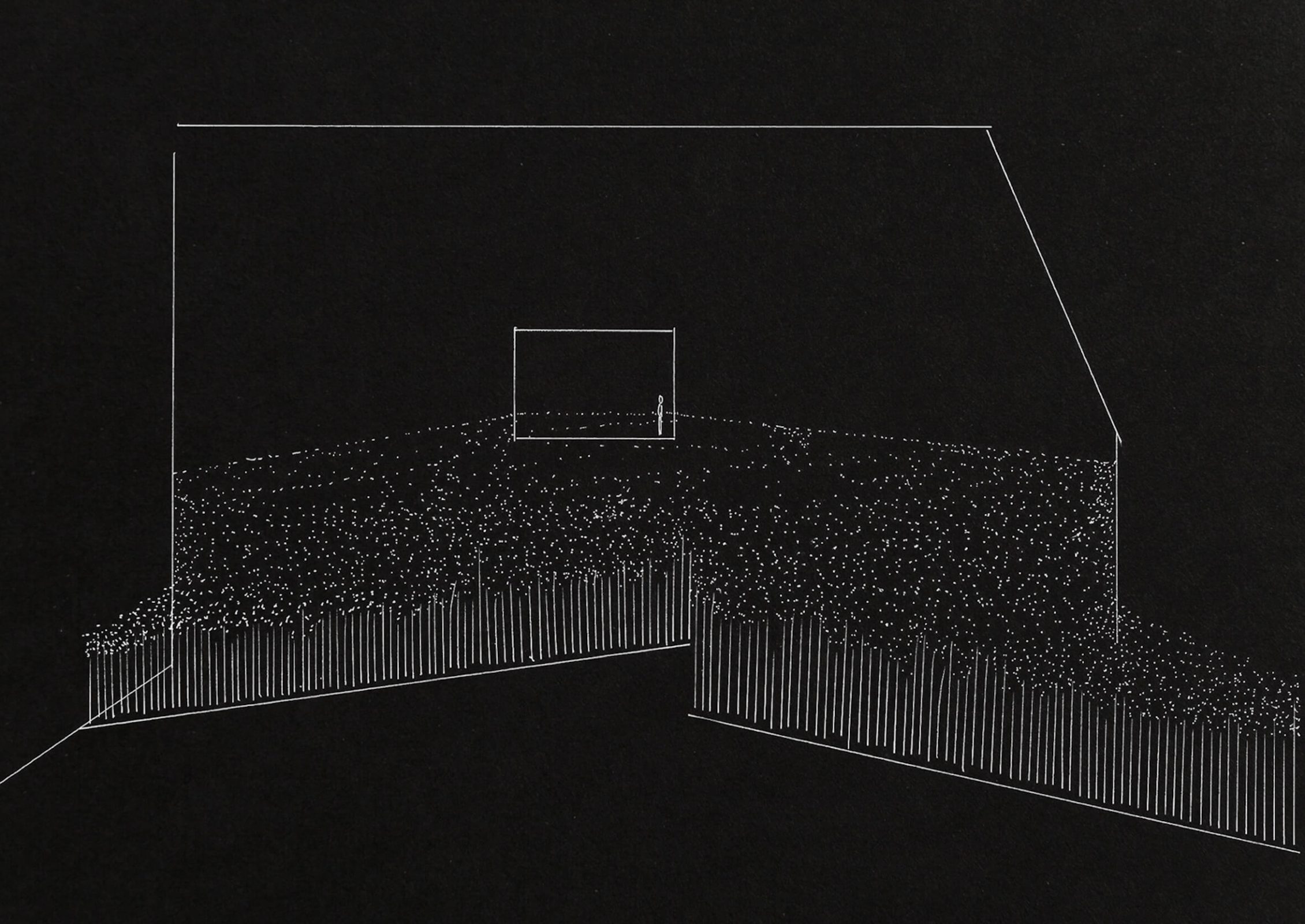 How did you get involved in Widow Series?

We were invited to come on-board in the early part of the summer. The wonderful thing about Widow is that, even though it’s only in its fourth year, it’s started to establish a really powerful creative. They’ve had some really powerful curators, the first year was Nick [Knight], and then it was FKA twigs and last year was Carine [Roitfeld], so it’s a really lovely thing to be invited to do. Essentially it is very much a celebration of British creativity and for that reason I think it’s a fantastic project. The brand wanted to really celebrate this idea that the yellow label was something that was created as a gift to Britain and so what they wanted to do was really elevate that idea of Madame Clicquot’s relationship with Britain. She’s such an incredible character, she’s an audacious and radical figure. We wanted to tell some of her story and bring some of that history in, but framing it in a very modern way.

How did you go about translating her story?

She was born against this backdrop of the French revolution and she was widowed at a very young age in her twenties, she managed to break these social conventions by taking over the family business at a time when that was completely unheard of. She was very radical. All of those values are very contemporary, so they’re equally as relevant now as they were then. So, we took this idea of the spirit of Madame Clicquot and this revolutionary spirit and we thought about an interesting parallel that we can draw that feels contemporary, particularly when we were looking through the lens of British culture. We’ve created a journey that takes us through British subculture and specifically music, and what we’ve shown the space as a metaphorical nightclub, if you like. If you think about a nightclub in all its forma. Nightclubs have been a catalyst for audacious talent, radical thinking and ideas. What we’ve done is taken various threads in Veuve Clicquot’s history and then re-told those threads and re-expressed those stories through the framework of the club.

Tell me a little bit about the artists that you picked to be involved.

The people we invited to collaborate all have connections to those particular genres of music, it’s either something that has inspired them or it’s an ongoing part of their work. There’s a connection point with each of the groups. The first room is a manifesto and it sets out the mood and the tone. It’s a bit like an invitation into the space. We thought the Young Fathers are the perfect embodiment of the values that we hold very dear, and so it’s a part spoken, part sung manifesto piece that I’ve directed with them It’s a film piece. Most of the installations are a mixture of sound and sculpture and film. The second room is Jehnny Beth and Jonny Hostile, who is her production partner. They produced a really incredible photographic and sound installation which actually forms a really interesting juxtaposition to the Young Fathers piece and it’s a personal manifesto from the two of them which is really beautiful. The third room is referencing punk and revolution, so if you think about the French revolution being the backdrop of Madame Clicquot’s story, an interesting parallel is punk and the Roxy and all those brilliant clubs. That room is a film and sound installation that Nick Knight has created. The fourth room is all about gender and identity. The parallel there is the fact that Madame Clicquot did defile these social conventions and did transcend all these barriers. For this room, we’ve got image-makers Warren Du Preez and Nick Thornton Jones, who have created a mix-media installation, and they’ve got James Lavelle to create the soundtrack for the space. The fifth room is a sunken cargo. We’ve got a whole installation which references sound system culture and that has been created by an artist called Anna Burns, and we have an adaption of a track by Neneh Cherry, so that is really exciting. We have a brilliant bar called The Comet Bar which is referencing the second summer of love; acid house. That was inspired by a great comet that passed over the fields of champagne in 1811. Madame Clicquot and Veuve Clicquot attribute that harvest as the one that changed everything for them, and they believe it was down to this comet that passed over the fields. Joe Goddard has programmed the music and it made sense to have British designer Liam Hodges do all of the styling, as you have all these authentic characters who will be actual part of the space. Our last room which sits at the top of the venue is a field of dreams, which is referencing the idea of festival culture and unity. Madame Clicquot single-handedly made champagne completely synonymous with congregation and people coming together. That top space, our field of dreams, is a reference to that idea of celebration of unity. We invited the artist Rebecca Louise Law, who does a lot of work with flora and fauna, so there’s a lot of flora installation and then a light artist called Chris Levine, who is pretty incredible. As you can see, there’s a real breadth of artists, and we’ve tried to encourage collaboration with really brilliant musician or producer to work with a brilliant image-maker or installation artist and in most instances those people haven’t worked together before, so we’ve tried to encourage collaboration. 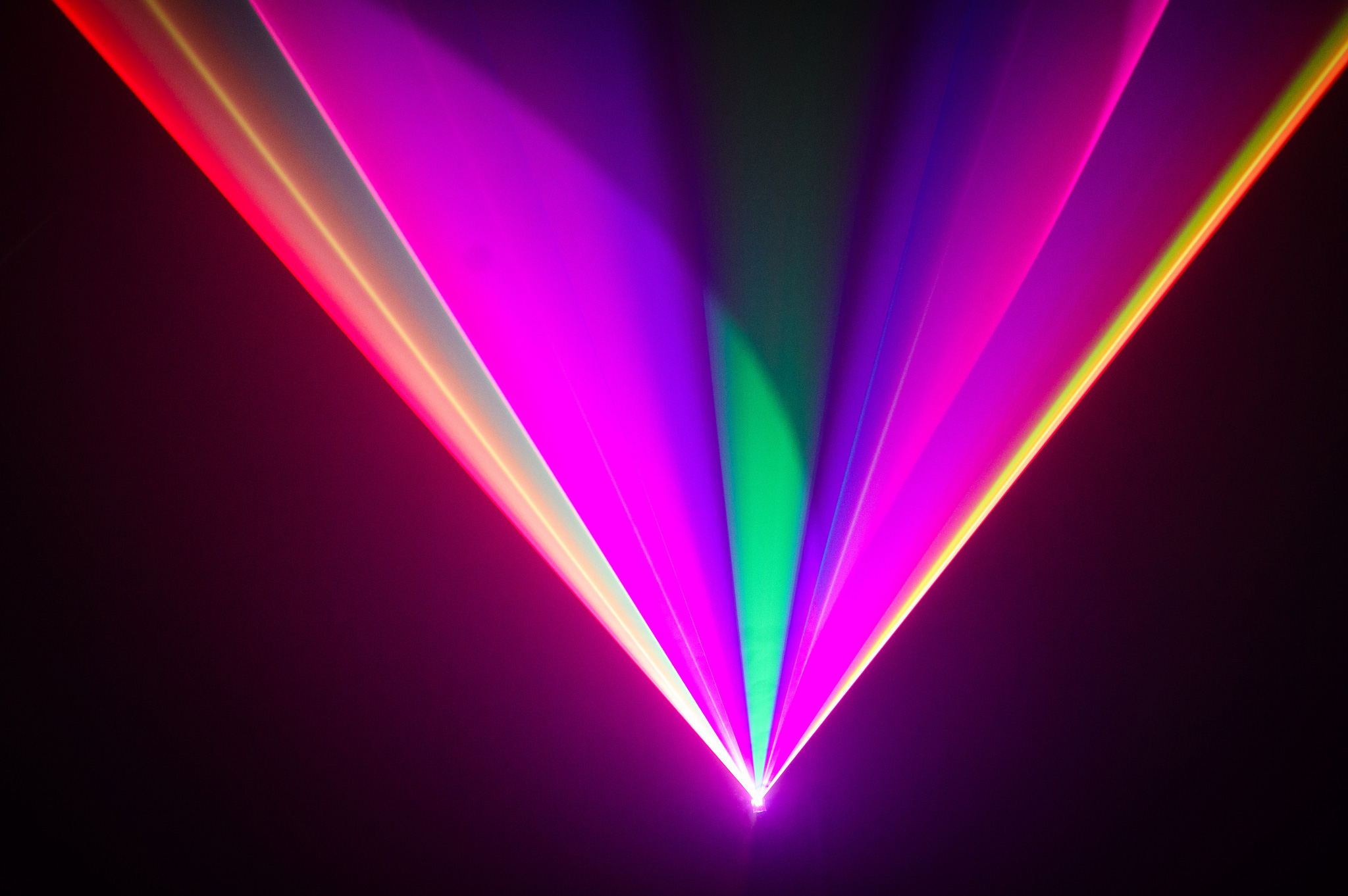 It sounds really informative as well as being really visual and aesthetically led! Why do you think that people should visit this year’s series?

I think that’s it! It is educative but it’s not a history lesson. There is an underlying backstory to each piece of work, so everything has a kind of historical provenance. What we’ve tried to do is create a really powerful energy and a sense of playfulness.

A lot of the work that you’ve done over the course of your career has involved music. How did this relationship with the music industry come about?

That goes back to the very beginning and start of the studio. I’ve always had a love of music. A lot of my friends growing up were either involved in bands or involved in making music, so it has been an extension of my social group as well. The first five or six years of the studio, all of our work was purely music and music campaigns. We started with small independent labels and doing things for clubs and creating identities and promotional material. Then it gradually evolved from there. I think the first major band we worked with was Massive Attack and that was late 1997. Since Mezzanine, we’ve been very lucky to have worked on lots of interesting projects and with some fantastic musicians. I guess where we’ve really blossomed is the relationship we’ve had with the musicians that we’ve worked with as they’ve been very long-standing. We’ve known Massive Attack for 20 years, I’ve worked with Nick Cave for nearly 16 years, the Chemical Brothers for nearly 12 years, so we’ve been very lucky to have forged these really interesting, long-term creative relationships. I think as a result of that, we’ve been able to produce some really interesting work. I think that is where interesting work comes from; that level of trust between one another and because that trust exists, the artist gives you the space to create some interesting and challenging ideas. 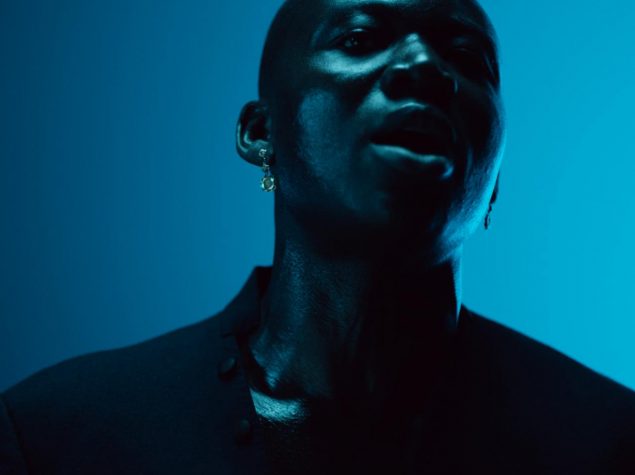 Is there anyone that you’ve not yet worked with, but that you’re keen to collaborate with?

There are so many people! As I say, I’ve been lucky enough to work with some of the best but I haven’t yet worked with David Byrne for instance, I haven’t worked with Pharrell, which I would love to. There’s all sorts of people that I admire deeply that I haven’t been able to work with, so there is always going to be a list, but we’ve been very lucky to date!

What would you say is the most ambitious project that you’ve ever worked on?

Widow Series is interesting because it is pulling on all different aspects of what we do as a studio. There’s all different design components, there’s creative direction, film direction and all of that is all tied in to great storytelling, so it’s pulling on every core skillset that we have here at the studio, so this is definitely a big project for us. We did big projects for Rolls Royce, we did big projects for musicians where we’ve done hugely ambitious campaigns and ideas for artists like Grace Jones or David Bowie. Each project brings its own challenges but we’ve always been very excited, for good or for bad, about pushing ourselves quite hard!

Get tickets to Rebels here.