Tones And I is Embracing World-Domination

Global artist Tones and I tells Notion about life on the road, working with Macklemore and making most Shazammed track of all time.

Tones and I is a global superstar, having already won a stream of awards and racked up billions of streams. Taking on international touring and hitting big stages, Tones is back with a new single “Charlie” – an ode to her beloved dog.

Tones And I’s musical journey began with a journey to Byron Bay in early 2018, when the artist deciding to take up busking. Tones soon quit her retail job and decided to make Byron her new home. Living out of a van whilst honing her songwriting and performance skills, she lay the groundwork for the huge success to come.

Exploding to stardom after her track “Dance Monkey” became an international hit, the single has become not only the most Shazamed single of all time, but officially the 3rd most streamed song of all time on Spotify. This has cemented the track as the most streamed song ever by a female artist on the platform. Her 2021 album ‘Welcome To The Madhouse’ continued the artist’s string of successes, detailing a personal journey that’s taken her from busking in Byron Bay, to international stardom.

Currently in the midst of a slate of global festival performances, she’s set to join Macklemore on tour this summer as a guest performer alongside Imagine Dragons. Tones has also made some huge TV appearances, hitting the stages of Jimmy Kimmel Live!, Ellen, and The Late Late Show. We caught Tones and I between performances, finding out about her new track, how she ended up on tour with Macklemore and life on the road. Dive in! 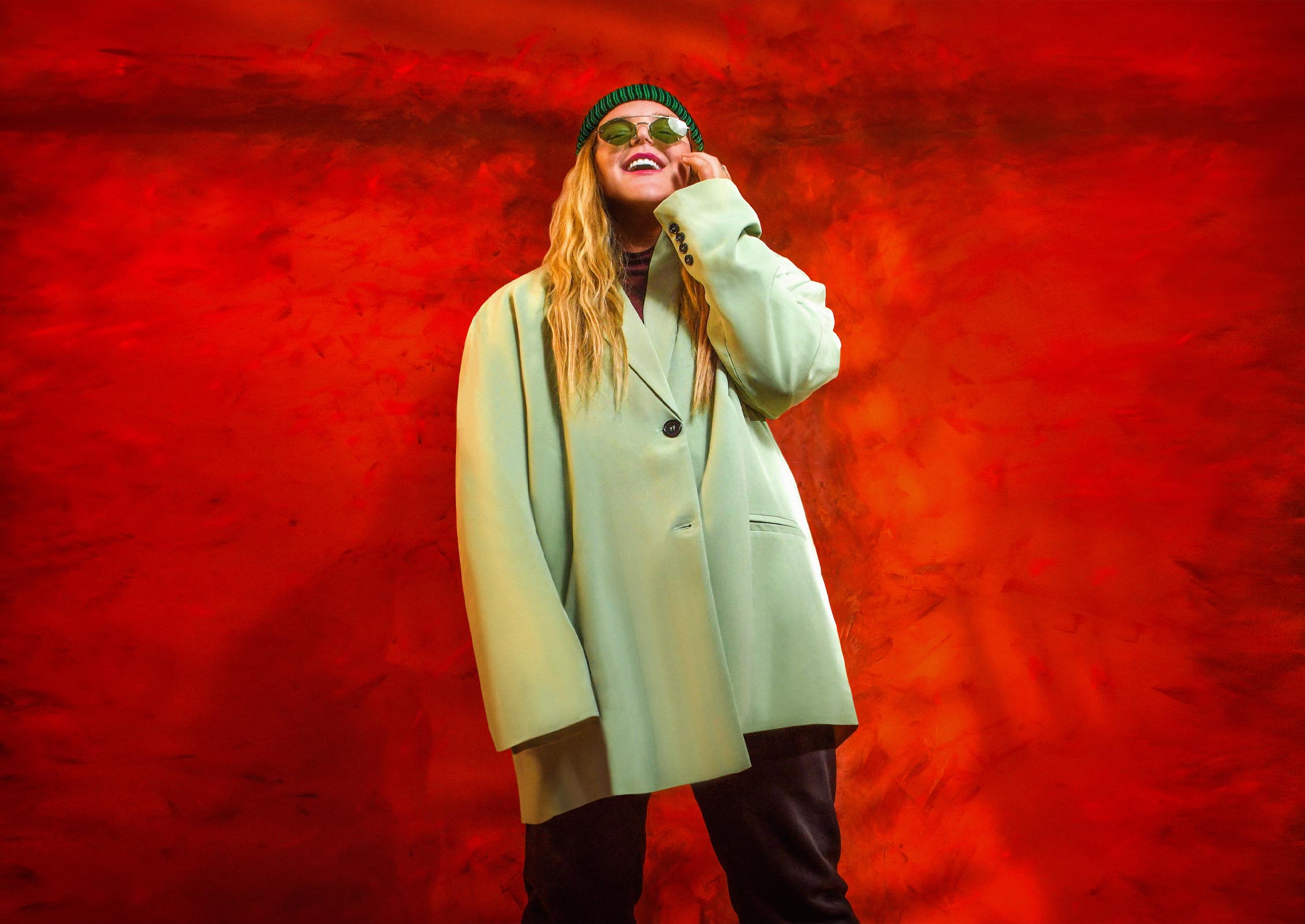 Hey Tones And I! How’s your summer been going so far?

The whole time I’ve been on this tour, it’s been winter back home, so I’ve basically skipped it and had a never ending summer. Which means festival season, and I have really enjoyed my first European festival run. I will be back next year!

Congratulations on your new single, “Charlie”. It’s such a euphoric track with a very catchy bassline, could you talk me through the track and what inspired it?

It’s inspired from being away for long periods of time, and missing my dog so much, I started to wonder if he has a secret life when we’re away. His name is Charlie.

I read that you wrote the bassline for “Charlie” first, what is your usual songwriting process? Do you have a go-to method?

When I was in LA last year I worked with Eren Cannata and Sam Homaee, who are my first ever co writes. My usual process is to start on the piano, but meeting the guys, we tried something different and decided to start by using bass.

Looks like it’s been a busy few months for you, “CHANT” with Macklemore also came out a few weeks ago. Your chorus is such a gorgeous addition to the track, how did end up collaborating?

After first meeting Macklemore when he surprised me at my first Seattle show in 2019, we’d kept in contact. Then he reached out late last year and invited me into the studio. So it had been in the works for a while.

Performing it in Central Park for Good Morning America must’ve been amazing – and I see you’re currently on a headline tour playing global festivals. Have you had any recent performances that’ve felt really special?

I would have to say that the stand out shows for me would be my New York headline show, and then the first festival in Germany, Southside, and the Switzerland festival, Openair. The crowds at those festivals were something I’d never take for granted post Covid, and my New York show was incredibly special in such an incredible city with so many special people to share it with.

You’re also joining Macklemore on tour with Imagine Dragons, how do you find life on the road? Is it something you feel like you’re naturally suited to?

Now that I am 2.5 months into the tour life, I feel like I’ve adapted and am better suited. I sleep very well in the bunks too. Apart from a bit of homesickness, I am enjoying life on the road, embracing the new relationships I would not usually have the opportunity to forge unless I was in this position.

What do you miss most about Australia when you’re away? Do you take any home comforts with you?

I miss my friends, that’s why it helps having them on tour working for me. This being the longest tour I’ve been on, it has been important meeting new people to make being away easier.

Do you have any go-to ways of switching off or relaxing when you’re on tour, or when things get super busy?

I watch instant hotel or travel guides to remind me of home, and just relax and chill.

I feel like we have to mention “Dance Monkey” and “Fly Away”, how do you reflect on those tracks now some years have passed? The reception when you play them live must be massive…

I owe where I am with touring, and travelling to those songs. I would not be able to do so without their success, so I am proud and thankful of both of those songs.

Apart from lots of touring, if you have any time spare, what else are you looking forward to for the rest of the year?

I can’t wait to get home and hang out with friends, get to Byron for a bit to chill out. I have my own festival happening just before Christmas, so will be very busy leading up to that.