Toro y Moi: “I’m Talking to People Who Aren’t Even on the Internet”

Chillwave veteran Toro y Moi is gearing up for a new album. We reflect on maturing in the music industry, a commitment to ‘real-life’ connection, and why he’s making music for car people.

Toro y Moi is the long-term project of California-based Chaz Bear, a name under which Bear has now been releasing music for over twelve years, across nine albums, and spanning various genres. Emerging in the wake of global economic collapse in 2008, he became influential in the ‘chillwave’ musical movement, emulating hazy pop sounds alongside existential emotions. Looking to early Toro y Moi albums like ‘Underneath the Pine’ and ‘Boo Boo’, they brim with nostalgia, sonically psychedelic and providing ultimate escapism.

Over a decade later, Toro y Moi’s seventh studio album, ‘Mahal’, is due for release at the end of April this year. There’s no doubt that Bear has undergone a myriad of personal and professional shifts: he’s recently signed with a new label; he tells me most of his band are now married with children; and change and maturity seem to be heavily on the artist’s mind. As a follow-up to 2019’s ‘Soul Trash’, the 13-track record has been years in the making. Production spanned across the pandemic and gave Bear even more time to consider his intentions. Speaking to the artist over Zoom, I’m interested to find out how he reflects on his career experiences and how ‘Mahal’ fits into a landscape that has shifted hugely since the rise of chillwave. 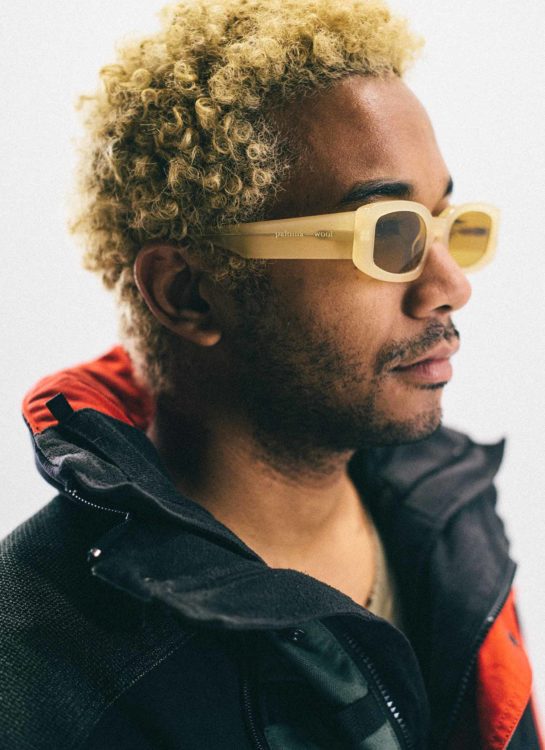 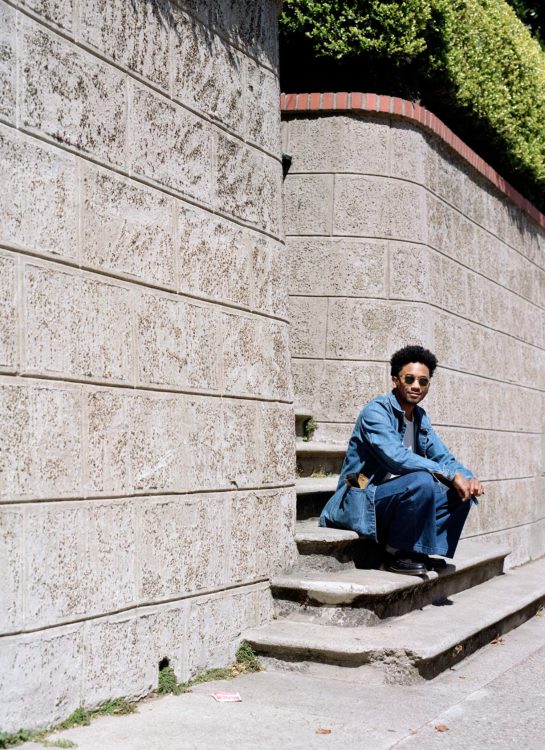 Bear’s relaxed demeanour and calm speaking voice reflect the tone of the majority of Toro y Moi’s discography, measured and self-aware as he tells me about his upcoming album. Describing it as “just all corners of the 70s”, he references the psychedelic rock elements that run throughout, as well as the undercurrent of nostalgia. I am initially struck by the artist’s detailed attention to how ‘Mahal’ will be perceived, consumed, and played. There is a charming romanticism to his intention for it to be “listened to in the house while you’re cooking dinner”. It’s an album intended to take on life after release, Bear imagining: “You hear it in the next room over, and the extra reverb of your space adds to the record.”

Also speaking with clarity on the audience for his new music, our conversation often returns to the discordance between Bear’s desire to embrace the past, and the internet-reliant music industry he works within. The idea of bridging a gap between “the past to the now” is crucial to Bear’s hope that the album will “connect generations” and shift away from the obsession with the future he feels is prevalent in music today. With a sentiment again focussed on reception, Bear asks: “I’m aware that I’m in this internet world and I think – who am I talking to? Who am I trying to connect to?”. The answer seems to be a crowd closer to his own age: “I’m going to talk to those who aren’t even on the Internet. I want this record to resonate with car people”, meaning those who listen through a car stereo rather than a phone or laptop.

The move away from an online world doesn’t stop there. Asking about his overarching musical inspirations: “I can’t stop obsessing over the Beatles”, “they laid it out on how to do content, how to interact with fans.” Much like the marketing techniques of his beloved band, Bear took what he terms a “guerrilla-style grassroots approach” to promote the new record. With a focus on ‘real-life’ interaction, he drove a Filipino jeepney across California, a connection to his own Filipino heritage. He tells me about driving to record stores and coffee shops, playing ‘Mahal’ through the speakers for a marketing technique that was “pandemic proof”. 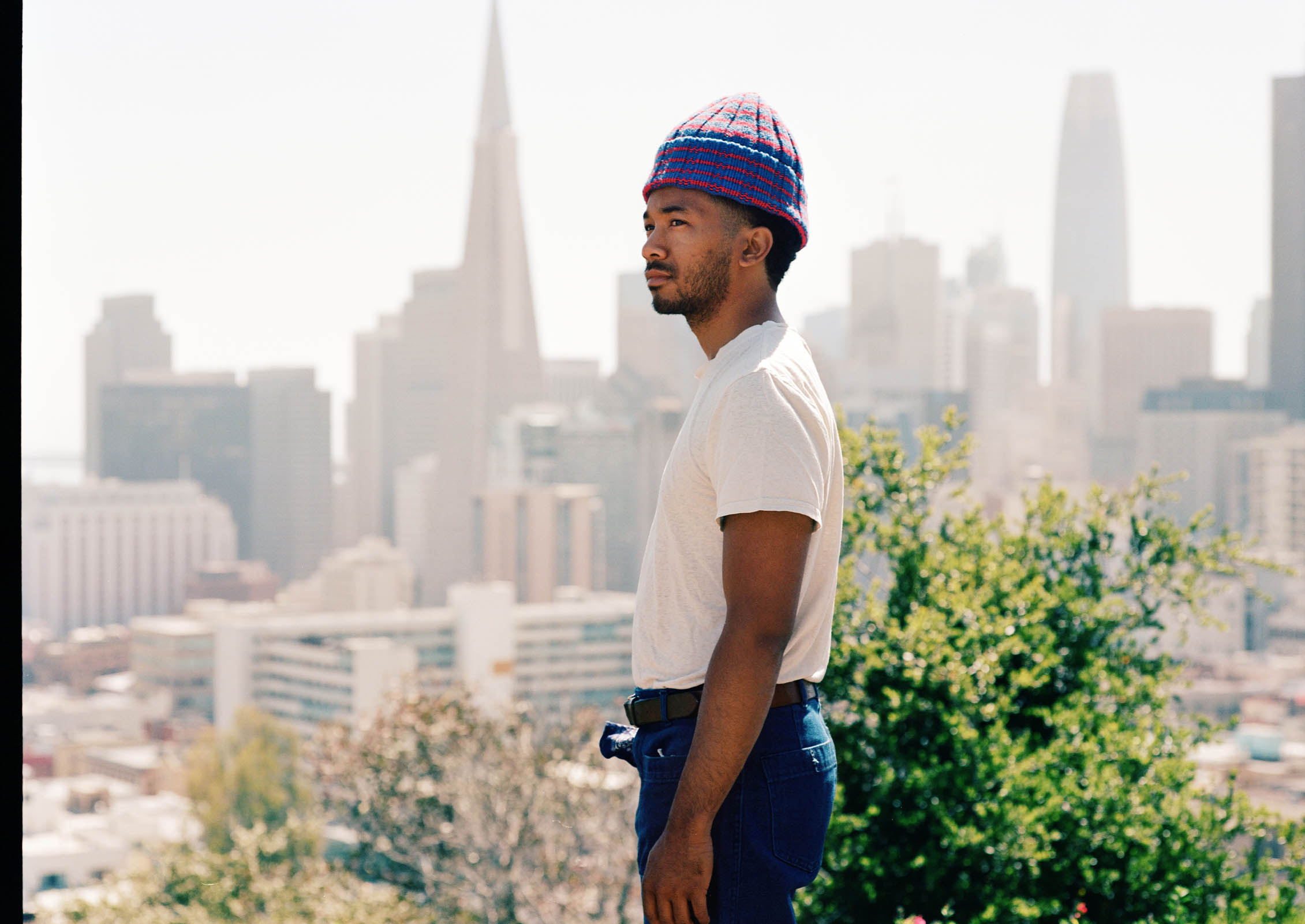 With this focus on ‘old-school’ marketing and an album that he describes as for “those who are down to mature”, I’m interested in the extent to which Bear feels the pressure for successful singles and virality in an internet-age. “It was in the back of my head the entire time, everyone’s going viral – do I need to try play that game?”, he tells me. Although the pressure may have been present, his resistance speaks to the extent of the artist’s commitment to make a “concept record”, and ‘Mahal’ certainly demands the full attention of the listener as a complete album.

What else has Bear learnt after all these years of Toro y Moi? I’m speaking to him before he plays a festival in LA that weekend, and he goes on tour with Khruangbin in April. It seems he’s learnt to move at his own pace, enjoying touring but wanting to “work in a studio, not on a stage”. It’s also taken a long time for Bear to have the “courage” to prioritise his own mental health and maintain a personal life alongside his music.

In terms of recent creative output, Bear has already produced and released videos for album singles “Magazine”, “The Loop” and “Postman”. Discussing how he considers himself a highly visual person, it adds to the sense we are witnessing an evolution that really has been ten years in the making. Now with more financial backing, as well as time to find his ideal collaborators and a dedicated team, under Toro y Moi, Bear has recently gained greater freedom to explore all aspects of the creative process.

Looking to the rest of the year, Bear feels he knows “where Toro could go in an arena setting”. During our conversation I’ve learnt that the artist’s musical evolution has occurred alongside personal growth and a solid support network, contributing to his confidence in producing authentic work that resists external forces. With broader horizons, “when someone raises the bar for you as an artist, you’re able to dream big […] it’s a different field now”. He realises it’s “insane” trying to talk “to the whole world”, and seems content with his intended audience for ‘Mahal’. After all, even with over a decade of experience he’s still “just a human trying to navigate this industry”. Through Toro y Moi, Chaz Bear continues to create work that is imaginative and expansive, and I’m sure that we’ll be witnessing further evolution for years to come.