Tyreece Nye Is Ready To Take The Stage

Notion chats to self-proclaimed ‘themme fatale’, TikTok trend-sation and all-round hypnotic human being, Tyreece Nye, about their journey so far, winning Slag Wars, and their plans for world domination.

Tyreece Nye has had one hell of a year. A Non-Binary performer and activist that’s super vocal within their community, Tyreece was a regular performer on the queer London nightclub scene for the past two years – yet struggled to find their space in the world of drag for not conforming to traditional ideas of what drag entailed.

Since winning the show Slag Wars in November 2020 – helmed by Rebecca More and Sophie Anderson on the hunt for their next ‘Cock Destroyer’ and LGBTQI+ icon – Tyreece Nye has somersaulted into stardom, breaking the mould and finding themselves centre stage. Lauded for its celebratory approach to queer bodies, Tyreece was able to use their time on Slag Wars to speak frankly about navigating the challenges that arise in facing tokenism and fetishisation and the struggle of being true to oneself.

To get a sense of their meteoric success, since December, Tyreece has gained half a million TikTok followers under the handle ‘Tyreece in Heels’ for their showstopping fashion looks, dances, and hilarious horoscope content. More recently, Tyreece appeared in Amazon Prime’s series in collaboration with TikTok “Just For You”, which shines the spotlight on key figures on the creative LGBTQI+ scene as they explore what it means to love in a modern world. At only 21 years old, we can’t wait to see what Tyreece gets up to next.

Tyreece chats to Notion about their ashion inspo, the importance of putting yourself first, and the beauty of dancing solo, sometimes. 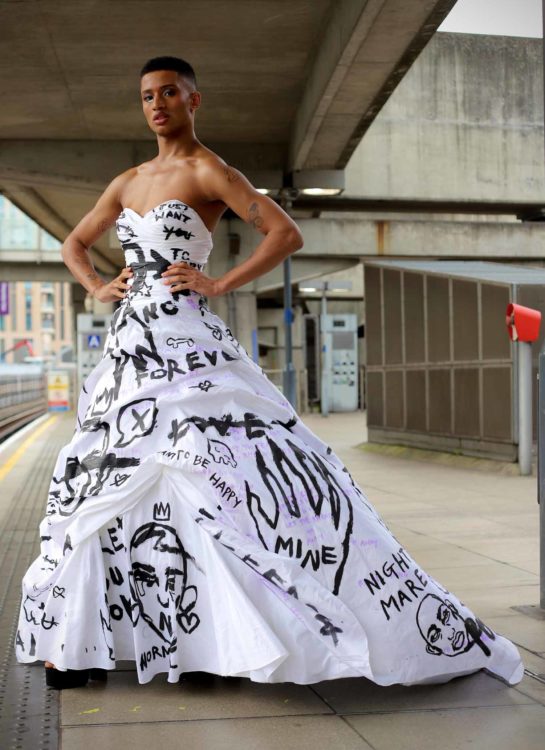 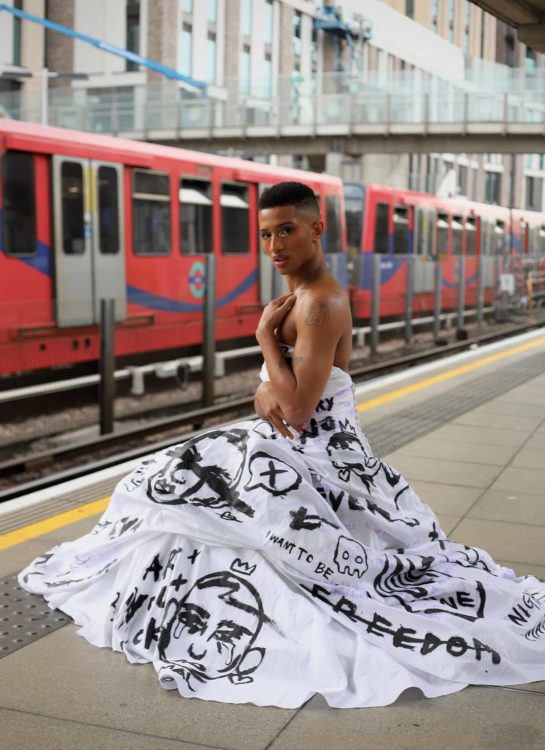 Hello Tyreece! Can you tell us a bit about your career journey and how you got to where you are today?

I’ve actually been in the performing drag scene for less than a year. I’ve been performing in nightlife for about 2 years but that was never my passion to be a podium dancer. I always knew and felt that I was a ‘gag’ just as much as drag queens & kings, and in the scene there isn’t anyone like me or anyone who does what I do, so in that sense I didn’t get any bookings or validation because I was so off centre of the idea of a ‘drag show’. It wasn’t until I was on Slag Wars in the ‘talent show’ episode where I showed everyone what I do. Everyone gagged and from then so many bookings and venues wanted me as Tyreece, because Tyreece is a gag!

Tell us more about Slag Wars! You were crowned the show’s winner in 2020. What did winning mean to you?

Hosted by the iconic Cock Destroyers; The show at its heart was all about uplifting queer people and showing what makes you different & unique. As well as battling stigmas whether that be for sex workers, plastic surgery or racial fetishisation within the LGBTQ+ community. I honestly wasn’t expecting the outreach of how many queer people I have touched; it was only recently at Manchester Pride I understood the magnitude of what the show had brought for me. I’m truly grateful to Rebecca and Sophie.

What is the biggest lesson you learned from the show?

What I’m doing is valid. I don’t need to seek approval from others or follow the flow of the river as I’ve created my own pond and so many people want to swim in that. Also, be selfish for yourself! Put yourself first and worry about your happiness, progress and self-preservation and just ignore the background noise. 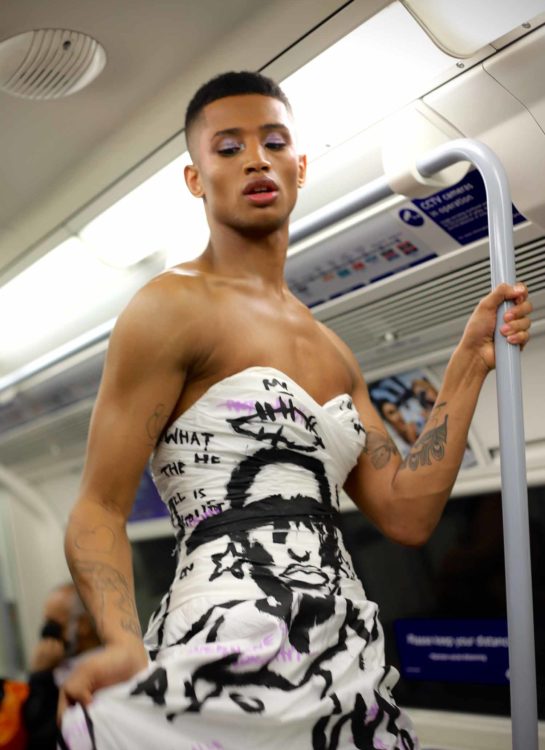 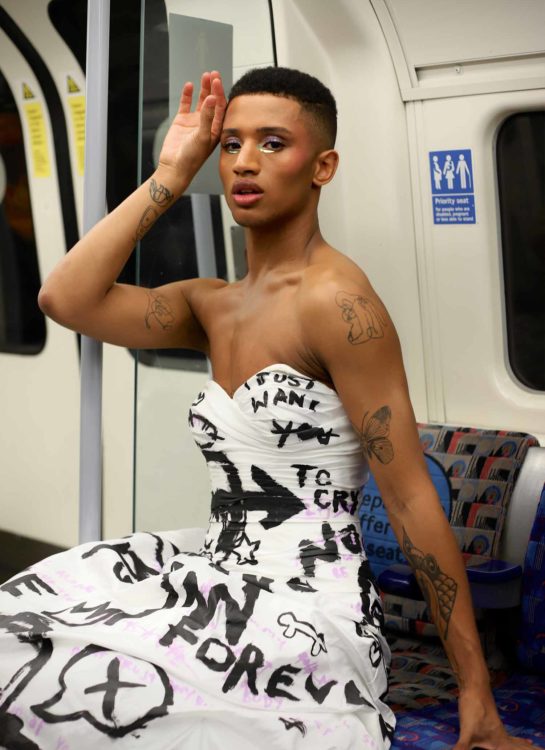 What advice would you give to other queer and non-binary creatives trying to break into the industry?

Having a group of people around you who are one of the same. A chosen family of drag queens, kings, queer entertainers, dancers really is a strong backbone for anyone as the industry – even though it’s sparkle and glamour – has a dark side like most things, so having a collective is so special!

You recently participated in the Amazon Prime Series ‘Just So You Know’ in collaboration with TikTok, can you tell us a bit more about it?

This campaign centred around 6 LGBTQ+ creators and a single love whether that be, self, a person, a place or a thing. I straight away said the unconditional love I have for my mother as there is no love that could compare to the one of that.

Has your mother always been a figure of inspiration and support throughout your life?

Absolutely! My mother has been the source of strength, light and healing for me ever since I was born. She was the one person in my life that encouraged who I was and never be ashamed of that. As many queer people would relate, we go through so much dismal and dark times in our life which inevitably make us stronger, with my mum I always had her as my armour alongside me. 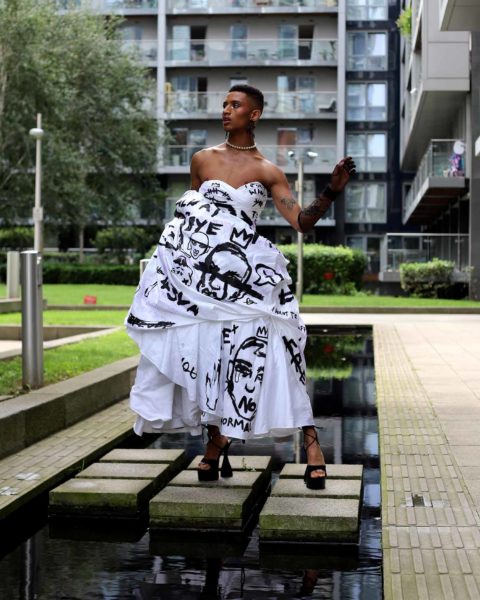 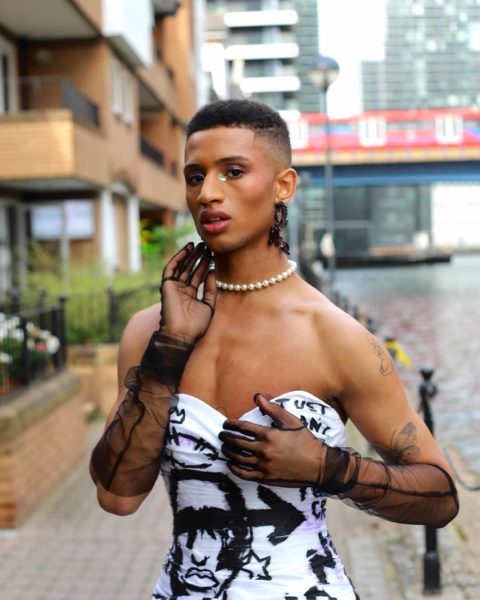 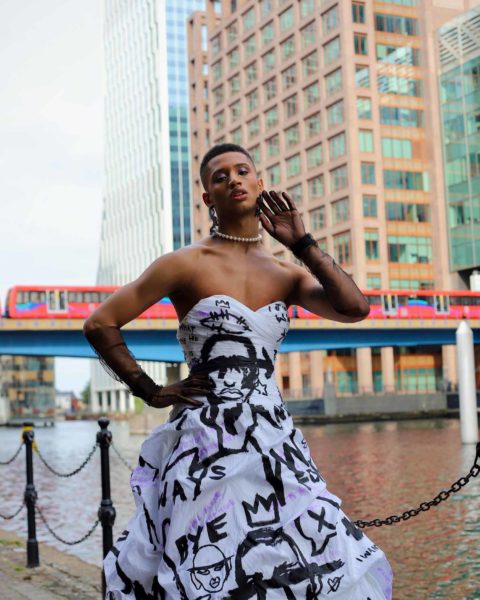 You have blown up on TikTok with over half a million followers! How does it feel to have such a huge audience and how do you find inspiration for your incredible looks?

I actually wear what I want to wear when I feel like wearing it. I feel the most comfortable and powerful in skirts, dresses and outfits because a shirt and jeans just doesn’t give me that sensation of ‘this is me’, you know? Now the looks… I’m always fixated over runway shows. Thierry Mugler, Haute Couture, Fall Winter 1995 was something that is timeless and was way before it’s time.

What is your favourite dance floor in the world?

Sounds weird but me in my living with my headphones on. I live in a Tyreece world and a fantasy when I’m choreographing or creating a new number and I’m just transported when I’m grooving and dancing, it’s honestly just magic.

Doesn’t sound weird at all! What’s next for Tyreece? What are some of your hopes and goals for the future?

Apart from working towards becoming a global icon, I’d say I’m taking each day as a gift and every booking as a blessing as I’m doing what I love and being paid for it! Although, you may see me in a magazine or on the big screen, time will tell!

The Stage. Being in a spotlight, feeling the heat, the crowds, the sweat, the fire in your belly, it’s just incomprehensible to the normal job!