HĒIR returns with a powerful new song about leaving a toxic relationship behind. She shares: "It's an autobiographical song about falling in love with a narcissist. The kind of love that cancels you, consumes you, kills your self-esteem but always makes you come back because the abuse is familiar."

"fool around" by strongboi

The project of Berlin-based friends Ziv & Alice, strongboi is beginning the run-up to their first album with the fun and playful first single, “fool around”, an eclectic combination of sounds.

Orchid speeds things up on this emotional rollercoaster of an indie pop tune, “Later”. With a heady, deconstructed mix of tempos and harmonies, the song captures letting go of the inclination to protect yourself when falling for someone new. “I was like 'why don't we just speed the track up halfway and make it work?',” she explains. “And I think it really captures the journey of the song, moving through so many different feelings in a whirlwind. We came to record the song and I've never sung like that before in my life, I was glowing and so proud, especially of the harmonies. In honesty, I don't believe I was the one who did it, I was just a channel for god or something.”

Part one of a double single that just dropped today, “Burnout” is the latest intriguing offering from London pop duo 0171, driving listeners into a place of vulnerability and doubt in style. On the song, they say, “Burnout is a collage of the way people think when they are depressed. We liked the idea of singing about propofol, a general anaesthetic, and the song reflects that soft numbness. There’s a kind of release in admitting you’re burning out, the song has a strangely uplifting feeling to us. As we wrote darker lyrics than we had done previously, the songs got faster and more upbeat, like we were finding the fun again in making music.”

"Sorry That You're Mine" by SOFY

Already co-signed by the likes of Arlo Parks and Sam Fender, SOFY lives up to the hype with her new debut EP. A particularly striking cut is “Sorry You’re Mine”, a wry reflection on self-justification and the seductiveness of toxic relationships. SOFY says, “It’s based around the lies you tell yourself to justify staying in a toxic relationship because you can’t face the alternative, even though the relationship sucks.”

"Kiss It" by Tom Aspaul

Tom Aspaul is gathering more notices by the day, and he’s keeping up the momentum with the icy, nostalgic lead single from his forthcoming debut album, 'Kiss It'. Aspaul says, “Kiss It was written during that brief window between pandemic lockdowns. Everything was open and it was slightly bacchanalian, albeit with a sense of impending doom. I wanted to explore my need for human contact after such a long time in isolation - I just needed to kiss someone, anyone. At the same time, I knew any encounter would be short-lived and temporary, as Covid was closing in. As for the sonics of the track, I’ve always been a huge fan of that period in the 2000s when the Balkan pop-girls were killing it. You couldn’t go anywhere in the Med without hearing one of their songs.”

"Ignore My Kisses At The End" by Viia

Viia drops her debut EP today, and it’s packed to the rafters with the emotional bangers that have made her one to watch. “Ignore My Kisses At The End” shows her keen eye on the issues facing Gen Z, skewering the heady mixture of technology and teenage emotions in confident style.

"Best of Luck" by Sukie

Indie-pop whiz-kid Sukie gets the 2022 ball rolling with her new single, “Best of Luck”, a poignant reflection on navigating mental illness in a family soaked in playful pop culture references. Sukie says, “It feels like both a sad and a triumphant song to me. Writing it helped me to realise how much anger and resentment I was holding on to, and helped me to come to terms with the fact that mental illness is never anyone’s fault. It’s a song for my inner child, really. Giving her a hug and letting her know that it’s okay to move on from long-held grudges.”

Ahead of a prestigious spot supporting Matilda Mann on her UK tour this spring, Irish alt-pop star April drops a candid and confessional new tune, “Hotel”. On the song, she says, "I wrote ‘Hotel’ about feeling bad for hurting other people, being selfish in my personal relationships and my own bad habits. I’ve always been a very obsessive person and want things all to myself, so the whole idea of booking a hotel and being alone with someone and having them all to yourself is a play on that feeling. I wrote the second verse as a poem when I was on a flight to London - the sun was rising and it was so pretty, I actually did cry.”

"Call It In" by Lutalo

Lutalo follows up their support slot alongside Adrianne Lenker with the introduction to a brand new era of their music, “Call It In”, a tune inspired by the beguiling mix of urban and rural in which Lutalo has lived. On the song, they say, “This song follows a stream of thought I have rolling internally. Wrestling with two waves of thought, one recognizing the personal expectation of being a mature and put together adult in the vision of our culture, and the other questioning if any of those thoughts even have a base to stand on in a changing world.”

"Don't Come Back" by Jean-Mikhael

Prince-inspired rising star Jean-Mikhael charts a journey towards self-love on the genre-hopping new tune, “Don’t Come Back”. On the track, he says, “'Don’t come back’ is really a vow to one’s self to put yourself first. To exercise self-love to not accept less than what you deserve. It really was my therapy writing ‘Don’t come back’. It allowed me to see situations clearer because I was writing my story on paper. You look back for a moment and I guess realise what you had accepted all along and deemed as okay isn’t and that you deserve more. Boundaries can be hard at times, but we all need them to keep ourselves in soundness.”

Welcome to duality: K.ZIA’s debut concept album splits the singer in two between her famous prime identity and an alter-ego whose wild spirit is communicated in French language lyrics. Start your journey with “Sanctuary”, the opener to a wild exploration of identity and change. 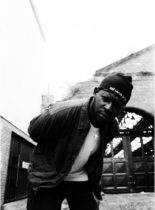 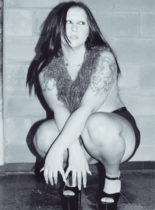 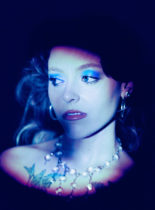