“Walk It Out” by New Hope Club

With over two billion streams and a top five debut album to their name, New Hope Club have established themselves as one of England’s most sought-after acts. Comprised of three members, Reece Bibby, Blake Richardson, and George Smith, the band’s evolution has been fostered by executive producer Ross Golan. However, their ascent to the top hasn’t been plain sailing.

After releasing their self-titled debut album in February 2020, New Hope Club were about to embark on an extensive tour. However, the pandemic hit and ruined any plans to travel abroad and promote the LP. A blessing in disguise, the experience helped them to realise that the restlessness of the music industry had affected their output for the worse. Sparking a period of growth and reflection, the band have pushed away their pop sensibilities to craft a sound true to them.

“Walk It Out”, their fantastic new single, craves a similar level of authenticity to major artists like Oasis and the Beatles. It’s a much-needed adrenaline rush that embodies a sonic direction you feel New Hope Club have always wanted to create. Possessing an inherent honesty, the single will thrust them further into the spotlight and towards the stardom their music deserves. 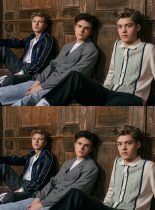 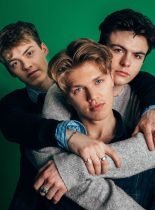