We Out Here Makes a Triumphant Return

Curated by dance veteran Gilles Peterson, We Out Here festival returned for its second instalment, with a tantalising selection of music, food, and art on offer.

In a world still reeling from the pandemic, the return of Gilles Peterson’s We Out Here festival elicited a sigh of relief from music fanatics and families alike. Labelled a jazz festival ‘for everyone’ and aiming to connect the ‘musical dots between soul, hip hop, house, afro, electronica, jazz and beyond’, We Out Here – held in the lush countryside around Huntingdon, Cambridgeshire – promised an incredible line up, accompanied by a swathe of food and drink options, arts and cultural offerings, and family activities. It did not disappoint – there really was something for everyone. 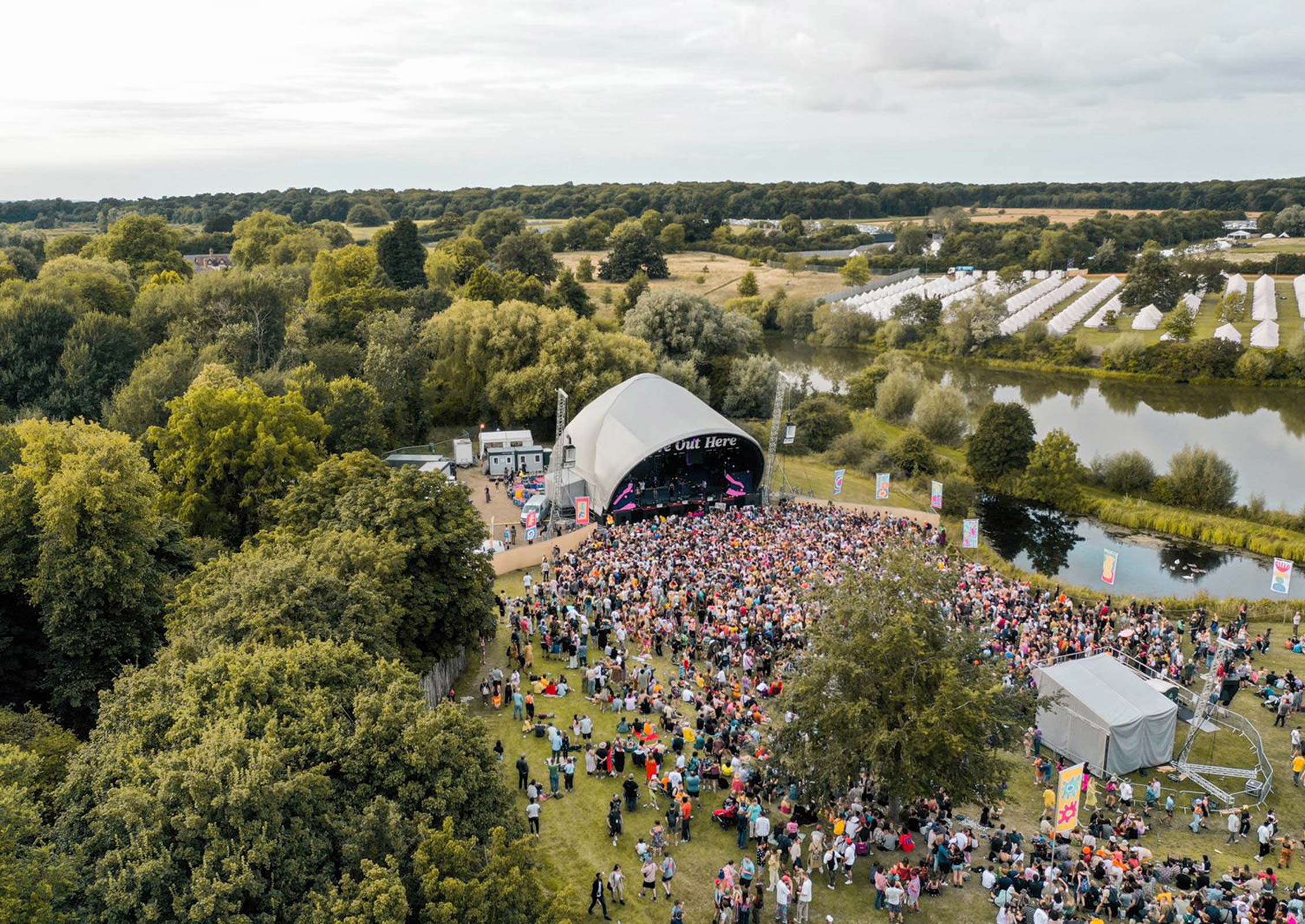 With the Main Stage nestled between a picturesque lake and rolling hills, the knoll flanking the stage offered elevated views of surprise guest and master bassist Thundercat laying down an experimental and otherworldly performance for his first show outside the US since the pandemic began. He was swiftly followed by the talented Yussef Dayes, who brought drumming to the fore and surprised the crowd by bringing out collaborator Tom Misch on guitar. Elsewhere, Afrobeat eight-piece KOKOROKO graced the stage for laidback vibes on Sunday. Celebrating the finest of the UK jazz scene, Alfa Mist, Ezra Collective and saxophonist Nubya Garcia kept revellers dancing at the Main Stage throughout the weekend.

Over the ridge, The Rhythm Corner upped the electronic energy with astonishing late-night sets from DJs Joy Orbison and Call Super. Floating Points – who performed for a marathon five hours – broke the crowd by dropping the electronic classic “Black Sea” by Drexciya before flexing his range and delving deep into a funkier soundscape. The stage also housed stellar performances from psychedelic R&B artist Greentea Peng and dub duo Kahn & Neek, who played a mostly unreleased set. 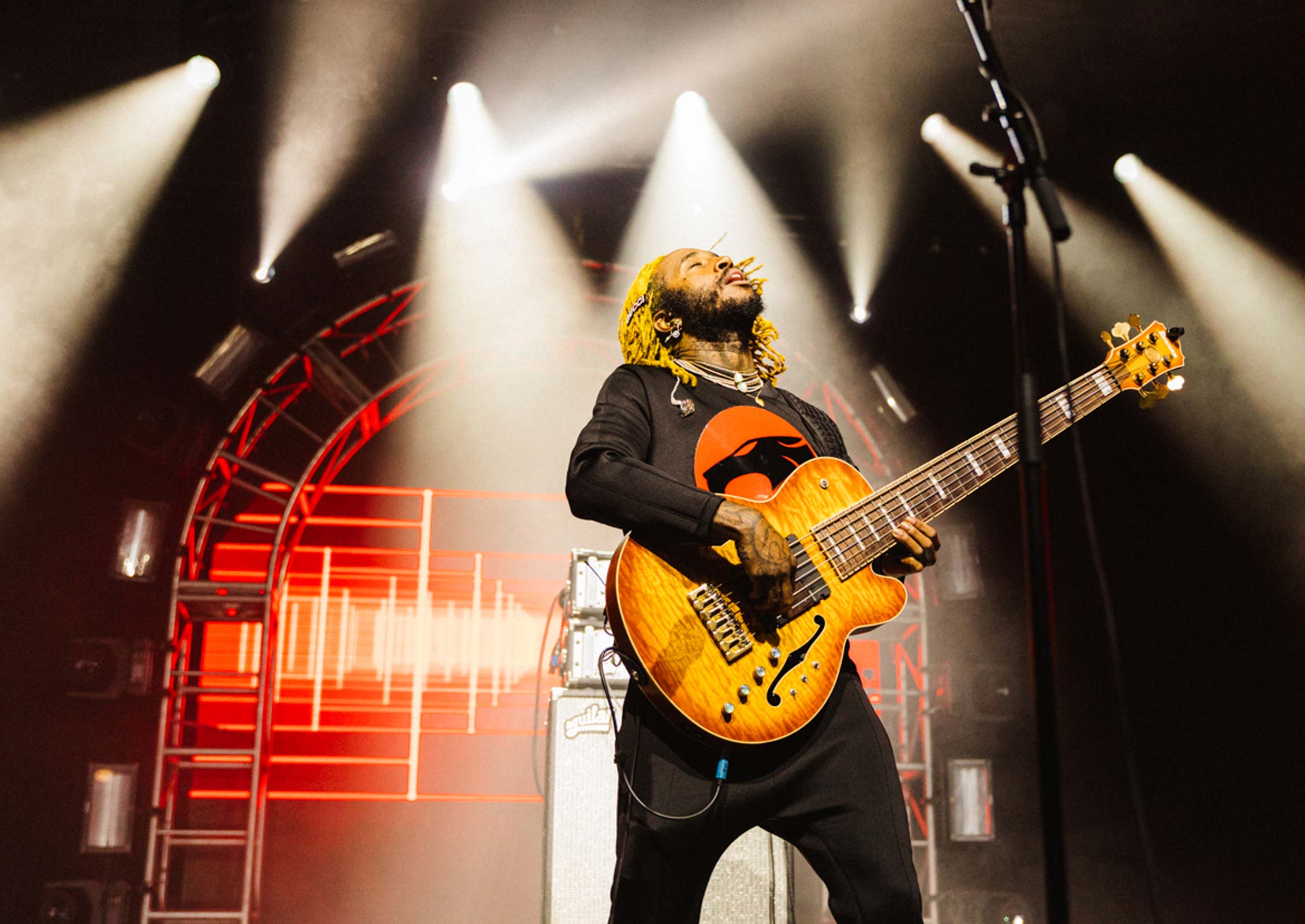 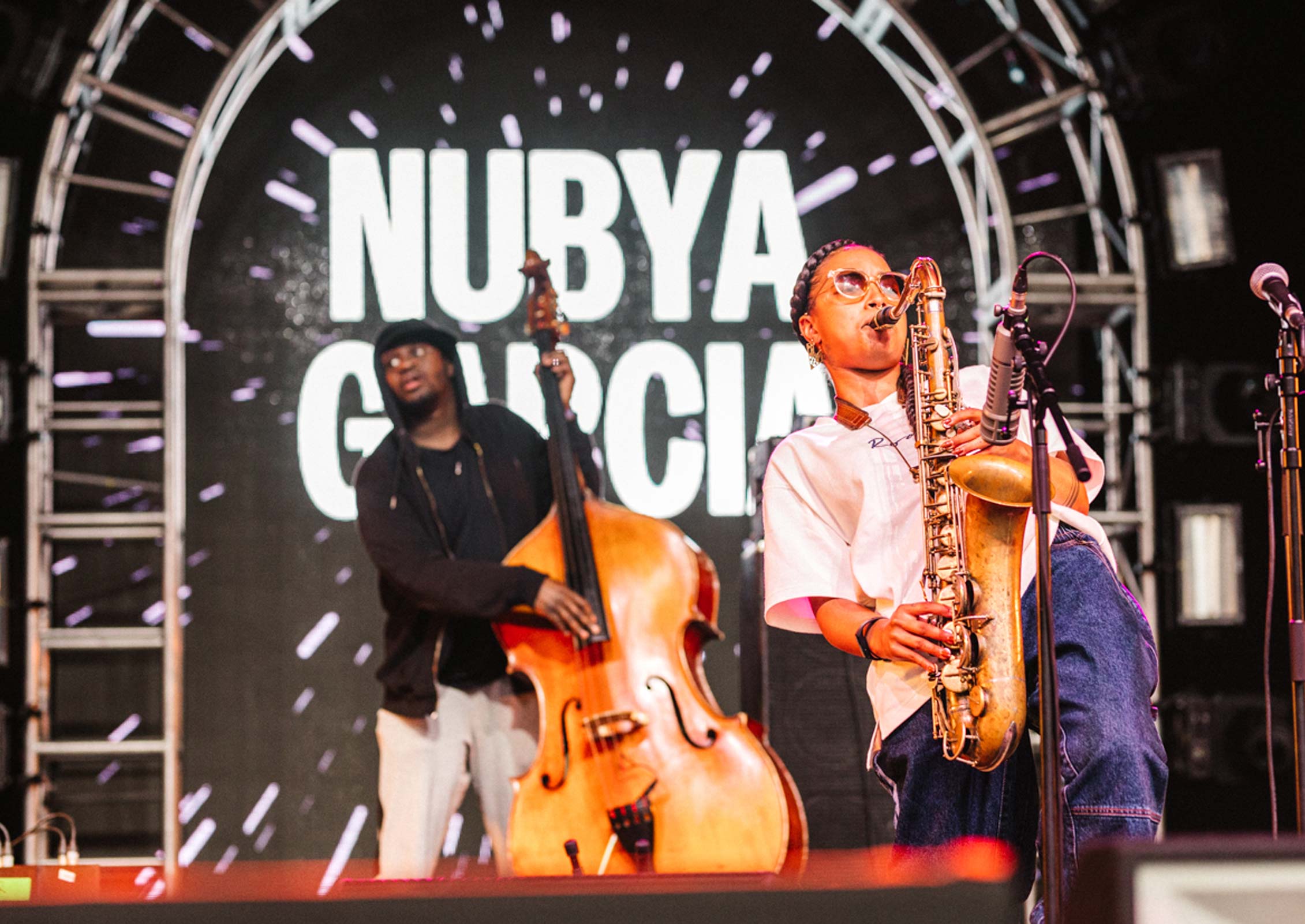 Under the cosy canopy of the Lemon Lounge – strewn with yellow and gold sequined lanterns – you could catch Dr Banana, Felix Hall and Crazy Cousinz, performing to a UKG loving crowd. Unable to hem in the masses, Lemon Lounge was constantly bursting at the seams as more and more people tried to pile in. Stepping through a portal into another world, the Forest and Woodlands offered a dichotomy to the sun-drenched family-feel of the Main Stage. You could find partygoers sheltered beneath a shimmering blanket of trees relishing in the music until 5am.

We Out Here showcased a plethora of extraordinary female DJ talent. Jamz Supernova smashed her set at the Labyrinth, delivering jacked up house edits and party anthems to a bursting crowd – while pregnant. Anu preceded her, wowing the crowd with a spattering of breakbeat cuts layered with Punjabi vocals. Crowd favourite Sherelle threw a Saturday night party at Lush Life and blew revellers’ heads off with her high-energy, bullet-fast performance, ending her packed out set with her new release “160 down the A406”. Meanwhile, in the Forest, Josey Rebelle stole the show with her acid-inspired head-banging house rhythms. Anz was sorely missed from her b2b slot with Call Super. The women behind the decks truly dominated the weekend. 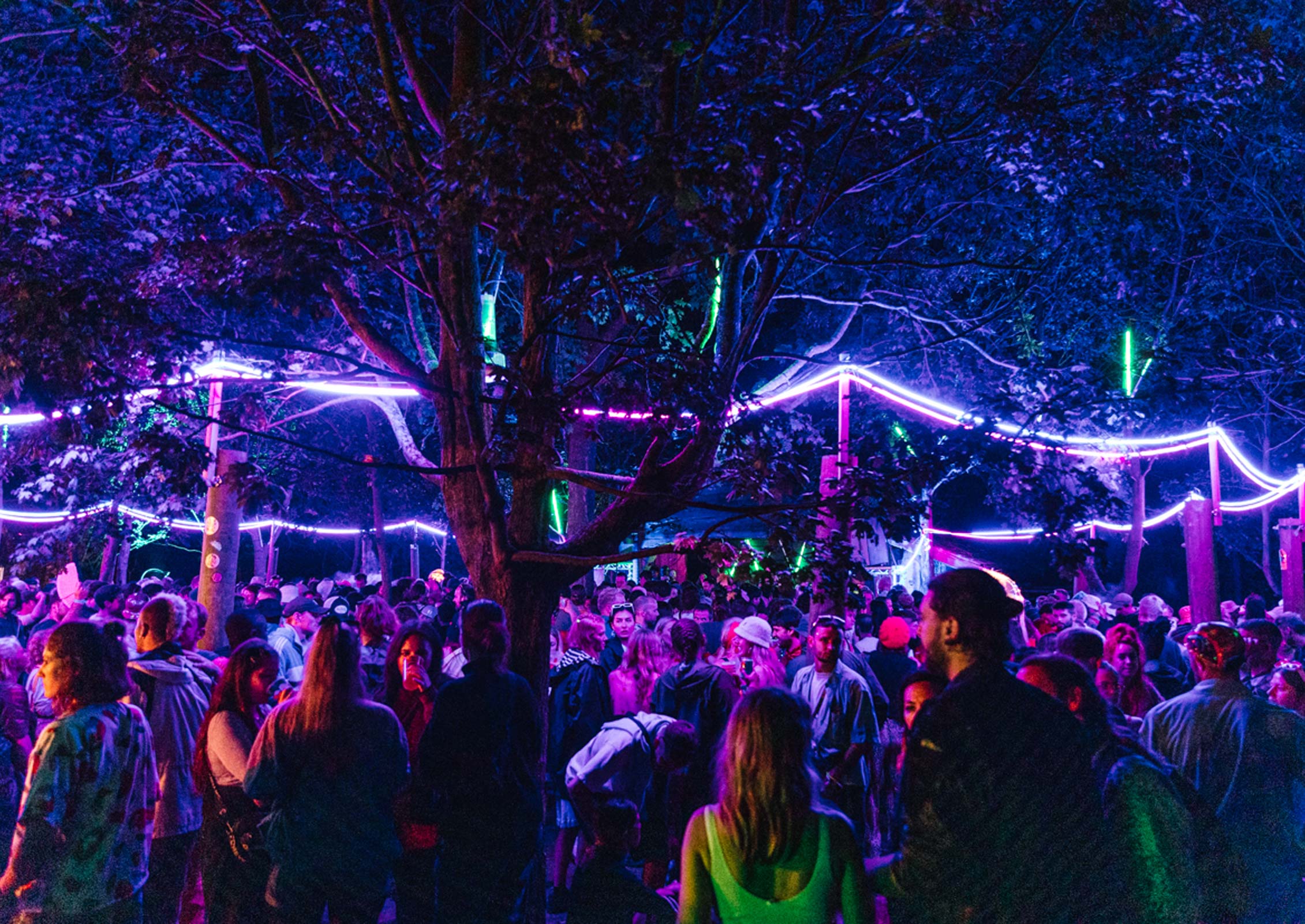 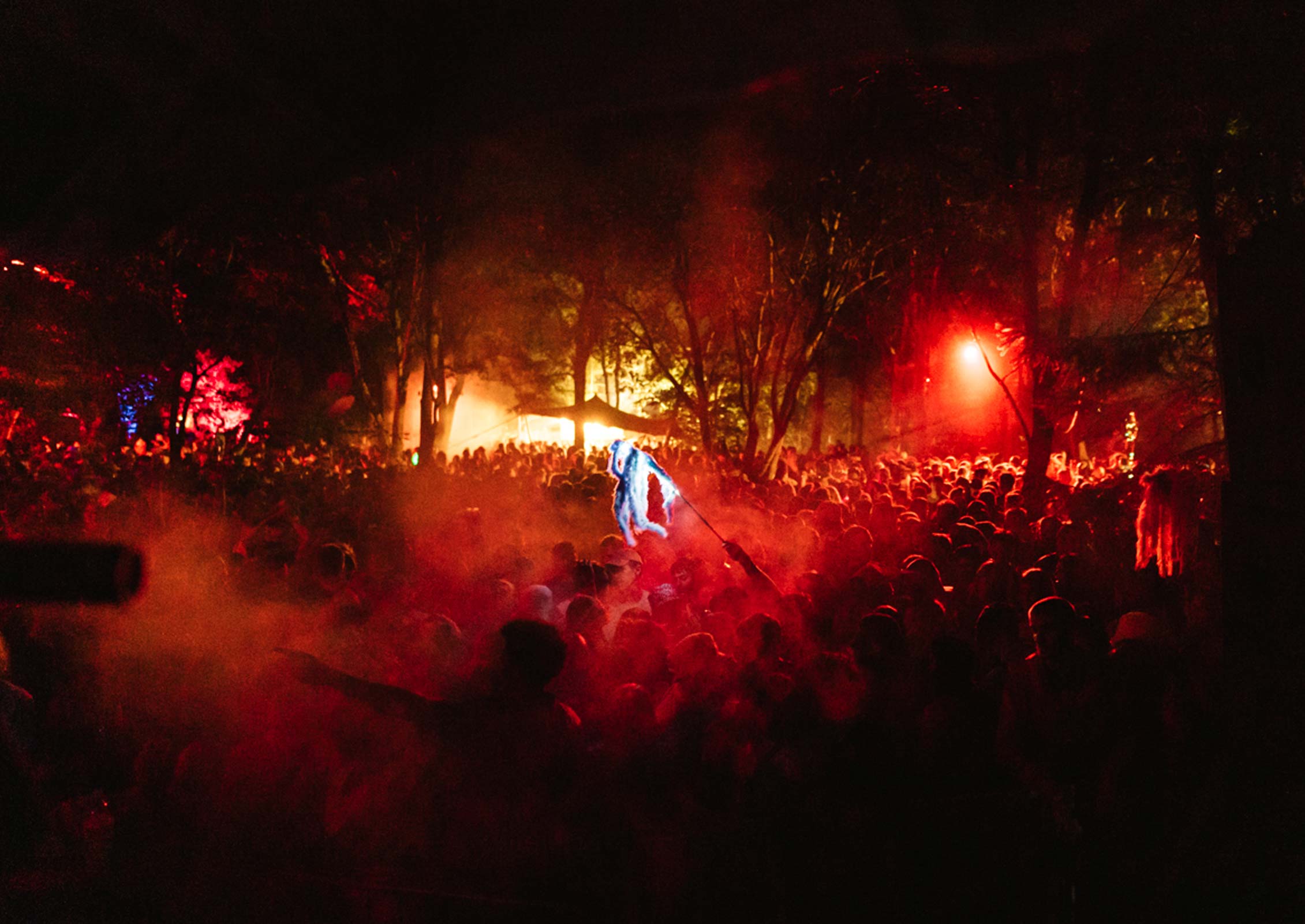 Beyond the varied and carefully curated line up, there was no chance of being bored. The festival boasted bumper cars, a roller disco, a fairground swing, a swimming lake, record and clothes stalls, a cinema tent, talks, and an array of activities to entertain the little ones running around during the day. Food and drink highlights included the vegan tacos washed down with a Watermelon Cooler cocktail from the Hennessy tent. If you fancied rising early – hangover permitting – you could participate in an assortment of wellness workshops, from guided yoga to gong baths to recentre your calm.

Despite the festival being in its infancy (this was only its second year), We Out Here ticked all the boxes for festivals’ triumphant return. I, for one, can’t wait to go back. 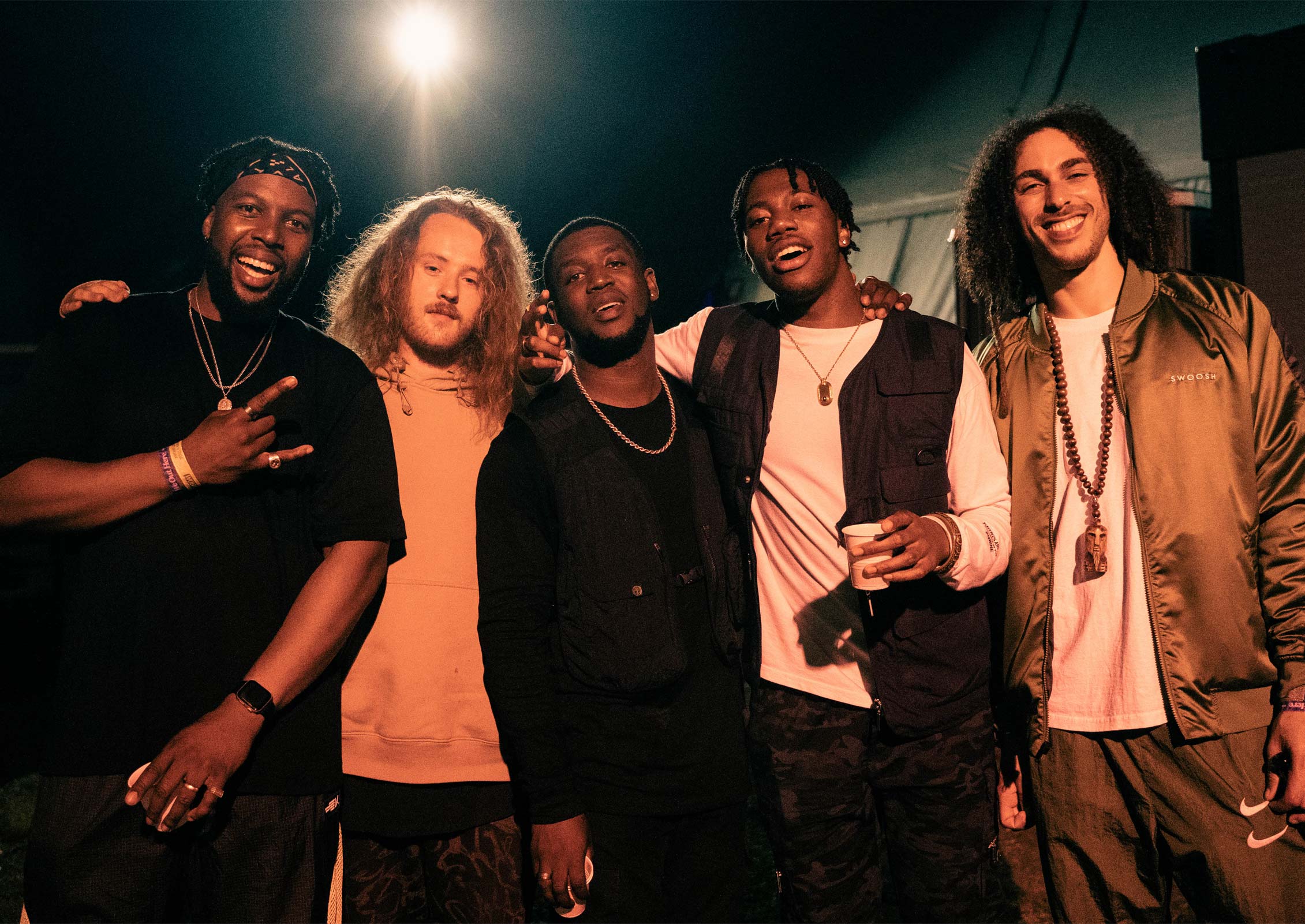 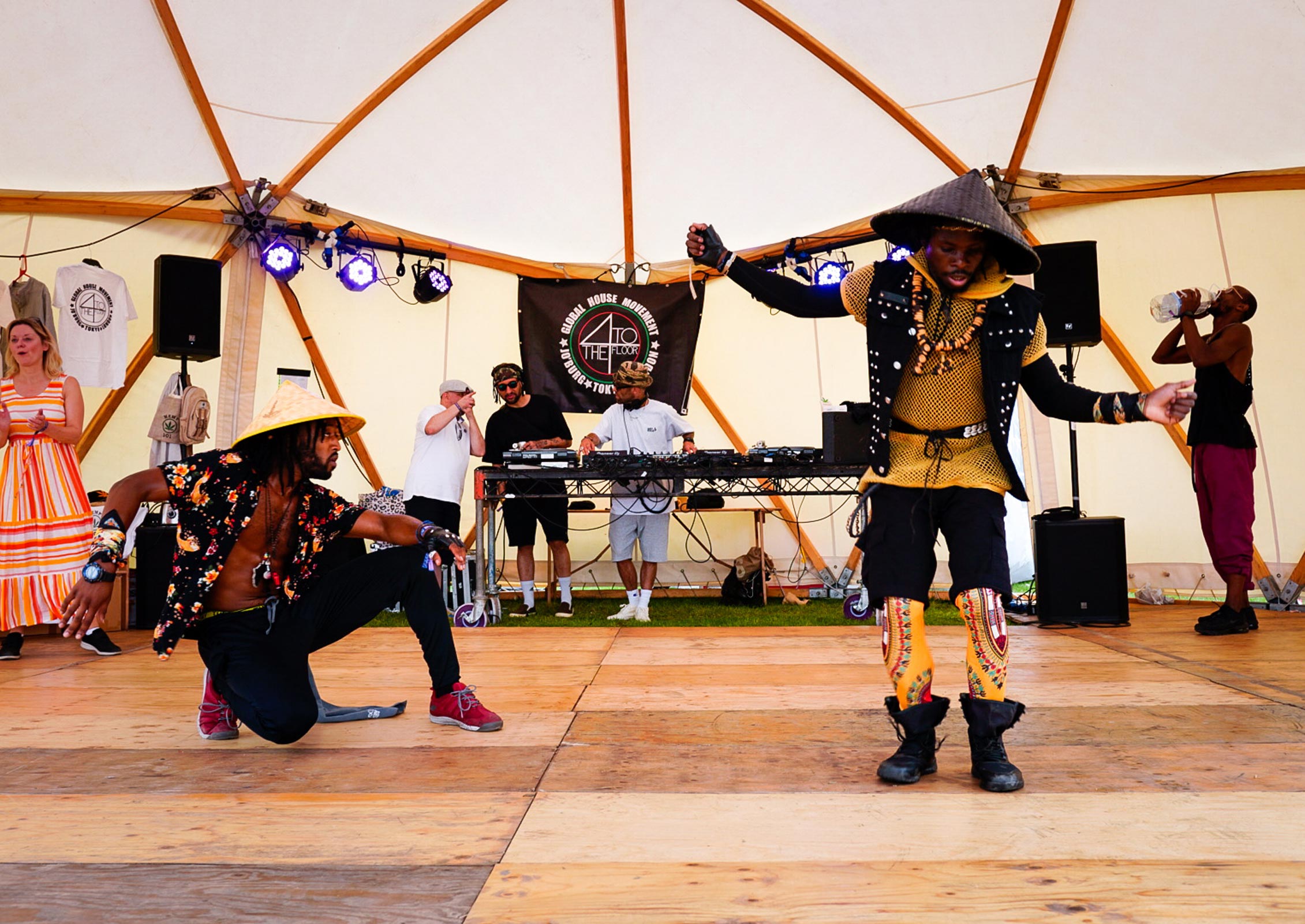