At only 19-years-old, northwest Londoner Yaz has already found her musical identity through social media. Although music has been her life, the artist is only just finding her feet. From playful and poetic songwriting, to truthful perspectives on her life, Yaz’s pop influences range from Ariana Grande to Doja Cat – evident in her already popular new single “Mr Valentine”.

Inspired by the first time she met her boyfriend, and his middle name being Valentine, Yaz reflects on those feelings and the magic fascination of delving into the life of someone else. First released on her ‘spam account’ on TikTok, Yaz didn’t think it would bring success. However, 4,000 creations later and with widespread attention, Yaz has made her first musical appearance.

Leaning into her musical tendencies and preparing for the release of her debut EP, Notion spoke to rising artist about her emergence, life as a YouTuber and singer-songwriter, new music, and her dreams. 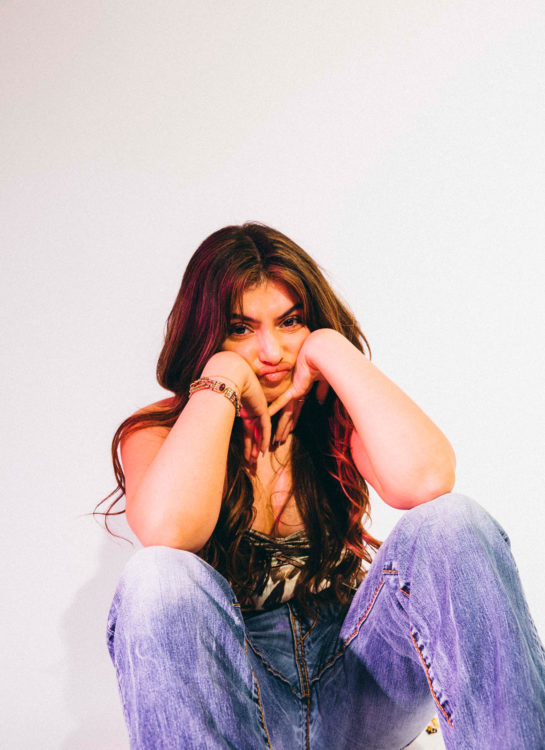 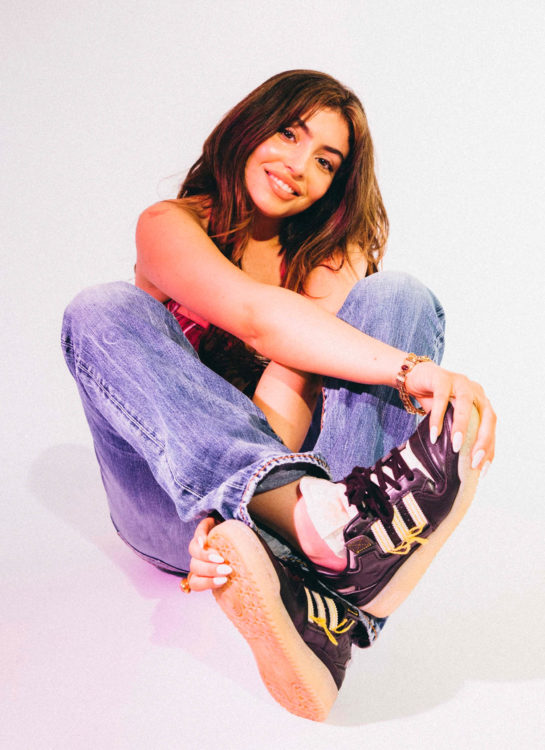 Starting off via YouTube at the age of 13, you’ve now chosen to pursue a musical path. But how did Yaz become the star she is now?

I wouldn’t call myself famous or a star, but I would say that connecting with people and being honest is the most important thing for me. And I think that’s something I’ve done throughout my life, off social media and on social media. So, I think that translates my audience, and I guess that’s how people have tuned in for my music as well.

I’ve always wanted to pursue music before I started YouTube, so it didn’t come as a surprise to the people that followed me because I’m honest with my following, and I guess that’s how I transitioned.

Talking about how you started, when did you know you wanted to pursue music?

I don’t know if it was one moment, but it was more with music being such an important thing to me. Throughout my life, I always sang, there was always music playing in my house, and it was such a big part of my life that I did take for granted. And I didn’t realise that I could make a career out of it; I just saw it as my thing.

I guess I always wanted to pursue it, but it was always that kind of thing when you’re in school, people want to be a singer or whatever. But when I started to build my platform, that’s when I decided that I could use it as a foundation for a music career.

After writing “Mr Valentine” last year and teasing across TikTok, how would you describe the reaction at the beginning of 2022?

I would say it was pretty explosive. I guess the reaction from TikTok before I even posted it was explosive. I posted it on my spam account as I didn’t expect anything to come from it. The reason I posted it was because I was like, yeah, definitely not releasing that, like, not my song that. But I guess the reaction was so explosive because I didn’t expect it at all. And then moving forward, when it was released, the support has been crazy from Spotify and Apple and all of my music people who have really helped support that. Everyone on the receiving end, it’s just been so great. And yeah, it’s been great.

The single shares your love for your boyfriend and the first time you met. How did you approach the track’s creative process?

I can’t really remember exactly my thought process of how I wrote it, but I pieced it together as his middle name is Valentine. And then I was like, Valentine’s Day. I guess the most magical part of our relationship was when you first meet, when you don’t know each other, and you are so fascinated by each other. So, I guess I went back to that sort of time and tried to go back to all of those feelings. And then for the music video, the creatives around it made that match the feeling of the song. So meeting someone for the first time or showing that you care about someone.

Alongside the single, you also made your first ever music video. What was that experience like for you?

It was only two days of filming and to be honest, everyone that was working on it was my friend, part of management or on my team. I didn’t really consider it as work, so it wasn’t scary. The car scene was in the countryside in England, and then the more bloggy bits are in Paris. And we went with this videographer and a makeup artist who were actually boyfriend and girlfriend anyway, so it felt like a massive holiday which was really nice.

You’re set to release new singles in the coming months and even an EP this summer. What can fans expect?

Expect a lot of soulful R&B as well as garage music that I’ve been tapping into. I can’t really say when, but it’s coming really soon.

How does your career as a social media influencer compare to your burgeoning career in music, and have you learnt to balance the two?

Music is about the end result and being an influencer it’s more about showing the process of it; that’s what I want to find a medium of, making music, but also showing the process of it. And I guess being a social media person, the demand to post if you don’t post every day, it’s kind of like, what? But for music, you don’t release a song every day, it doesn’t work like that. So, I guess social media is much more fast pace and music is about trying to strategize.

You’re only 19 and already achieving big things. What has been a high point in your life so far, and what challenges have you faced?

People measure success and achievements differently, but for me, meeting my team and management has been such an achievement because being a young girl in the music industry, there are so many people that will tell you no, say you are shit, or you need to change, and my management has helped me create the music that I want to create. They’ve also been patient with me and given me the support I need, and it’s been great.

Who are your favourite rising artists at the moment?

My friend Kamal is great! From north west London and his music is incredible.

And finally, what are your dreams for the rest of 2022?

I think it’s to make music that I want to make and connect with people, and if I can make someone’s day slightly better with my work or sharing myself then that’s the goal.