Yuki Dreams Again, or Samuel Biddle, makes music that speaks from the heart, drawing inspiration from his inner circle rather than other artists. He hails from a tight-knit community of eclectic newcomers, SORAN, Miko, and Zach Zoya, to name a few.

Now, his new track “Pretty Face” has dropped, a taste of next’s month’s ‘Together Alone’ debut EP. Yuki describes the single as a response to a past relationship. “I made this song to inspire people to leave anyone that makes you feel bad about yourself. I came to the realization that when you surround yourself with the right people and you let go of anyone that is toxic for you, you make room for better things to happen in your life.”

It’s this vulnerability that has been at the forefront of all his work. Biddle says there’s no way he could make music without it.

Growing up in a musical household, grandson of jazz bassist legend Charlie Biddle, his parents steered him away from mainstream music, or what was being played on the radio. Yuki sees his musical career as a life quest and won’t be nailed down to any particular sound.

Elsewhere, the 23-year-old earned his stripes producing for the likes of Yes Mccan and appeared on DJ Carnage’s 2018 album with Mac Miller, Migos, and Lil Pump. 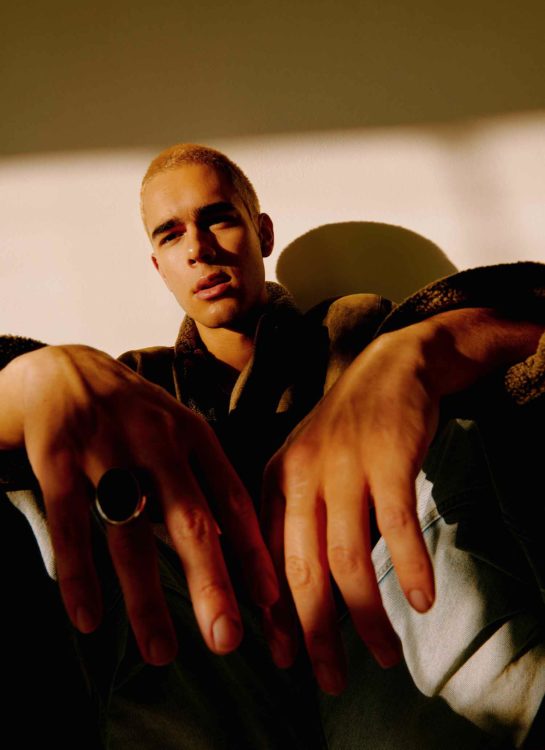 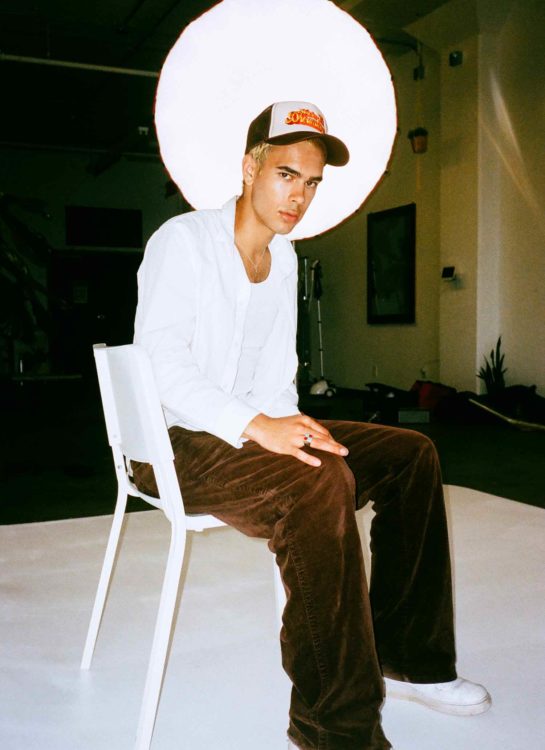 Your sound merges lots of different styles. How did you come to arrive here?

I think it’s a life quest to actually find your sound so I wouldn’t say I’ve found it yet, but I’m more comfortable with my voice now. It gives me the freedom to try several different things. Also, making music for me is more about communicating an emotion or a vibe, so the genre doesn’t really matter.

Who are your influences?

My influences are the people surrounding me. Of course, there are artists who inspired me along the way, but now I feel more inspired by the people I spend time with. My family, my friends, my girlfriend, etc.

Tell us a bit more about your songwriting process. How do you start? How is making a tune different from lyric writing?

I generally start a bunch of ideas at the same time. Then if one of them inspires me, I write it. Usually, after a few hours, I end up with a dozen bad ideas and a song. I never write my lyrics down. I only write keywords in my notes on my phone when I’m not in the studio and I generally start a song by freestyling most of it without ever really going back to writing anything.

You sing a lot about your personal relationships. How do you feel about making yourself vulnerable for your music?

For me, there are really no other ways to make music. It must represent what I feel or how I would like to feel.

Your childhood was filled with music because of your grandfather Charlie Biddle, do you have any stories of music’s importance in your family household?

Not particularly, but one thing though, my parents never really played what was trending at the moment or what was playing on the radio. Most of the time, what we’d listened to had an artistic sensibility or was kind of “out the box” since they were both issued from a musical background. Later, as I grew up, I opened up to popular culture and made my own foundations.

How does it feel to break into performing after producing for so long?

It feels great. I always knew I wouldn’t be just a producer or a songwriter. I have always prioritised the visual aspect and what surrounds the music almost as much as the music itself. So by finally dropping music under my name, it’s easier to execute the vision I have and it feels so much better

You’re from Montreal. Does the music scene there speak to you? Is there anywhere else you’re drawn to for its creative scene?

Yes, I respect a lot of artists from here. Special mention to Zach Zoya, Miko & Soran. It’s a very small city, but we have so many inspiring producers (Kaytranada, High Klassified, Lunice, Nicholas Craven, etc.). It definitely changed my way of thinking about music to see so many producers being put forward. I quickly realized that production in modern music plays a big part.

The title of your EP ‘Together Alone’ will speak to many during the pandemic. How have you found the last year?

Not gonna lie, there have been times more difficult than others. At first, I saw the pandemic as a good time to work on myself and spend time to better myself as a human being, but I think reality has caught up with all of us quickly. Not being able to see the people you love, not having many opportunities to socialize became difficult and it had a big impact on our mental health.

I’m focusing on the release of my EP this summer and wish to go back on a stage asap. I really miss those days and can’t wait to connect with people in real life again. Of course, more music is on the way for this fall.