Interviewing Zane Lowe is one of the things as a music journalist you want to do but typically fills you with a small amount of terror. On the one hand, you have tonnes of shared interests, plenty of questions and an abundance of new music to discuss. On the other hand, he’s spent the last two decades speeding ahead of music’s curve, making friends with music’s elite and driving the hype of a thousand artists’ careers. After spending twelve years at the helm of BBC Radio 1, he now mans the position of Creative Director for Beats 1, Apple Music’s globally streamed radio service, as well as being one of its three main anchors, along with Ebro Darden and Julie Adenuga. In short, no matter how many blogs you’ve read, records you’ve listened to, bands you’ve discovered, he knows a lot more than you. Yet, just as his shows may indicate, his personal approach is just as energetic, vivacious and enthused talking to a journo as when talking to an artist on his show.

It’s fair to say that though an established DJ in New Zealand and one of the most recognisable names in British radio, his profile has escalated further since working more comprehensively with Beats 1 which celebrated its two-year anniversary this summer. While Lowe admits to being more of the teller of other people’s stories before he joined Beats 1, one of the biggest changes since making the move is that the new platform has encouraged him to reassess his role as a broadcaster, and required him to put more of himself into the stories he tells. “I didn’t really overly promote myself, and I didn’t actively go out and seek, you know, promotional press about what I did because I always sort of felt being the interviewer, it was strange to be interviewed,” he explains about being at the BBC, talking of course, at a hundred miles an hour. “But when I came to work for Apple, you know, when you’re building something from scratch, and you’re investing so much of yourself in it just like everyone who’s working there does, it’s more personal.”

“I think the reason why I came to Apple Music, and to Beats, and to start Beats 1 is because I wanted to know where music was going,”

As well as developing his position as an anchor, another evolution has come from the immediacy of Beats 1 and its pure focus on music and it’s these factors that initially drew him to the platform. “I think the reason why I came to Apple Music, and to Beats, and to start Beats 1 is because I wanted to know where music was going,” he says.  “You know, the BBC is the best at what it does. I would consider [it] the best, sort of, traditional media outlet in the world. Its news is the most fair [sic], its entertainment is the broadest and most brilliantly covered in radio on a local and community basis, you know, on a UK level. But as far as music, as an art form is concerned, I just knew that streaming and on-demand, and the speed at which it was being, it was travelling… that was happening, and I wanted to go and see what it felt like to go over into that world and to play a role in that.”

As he excitedly reels off the long list of announcements made that week on Beats 1 (“Lars Ulrich has interviewed Dave Grohl, you must listen to that. You must check out Syd’s new pop-up show. You must check out Ebro in Paris to see everything that’s happening in Paris right now. Did you know there’s a new Beck record right now? Did you know there’s a new Foo Fighters album?”), it’s clear just how much he values the malleability of the platform, its ability to change and adapt, and how swiftly both he and the platform can deliver artist’s news. In turn, he then becomes a part of the telling of these stories. 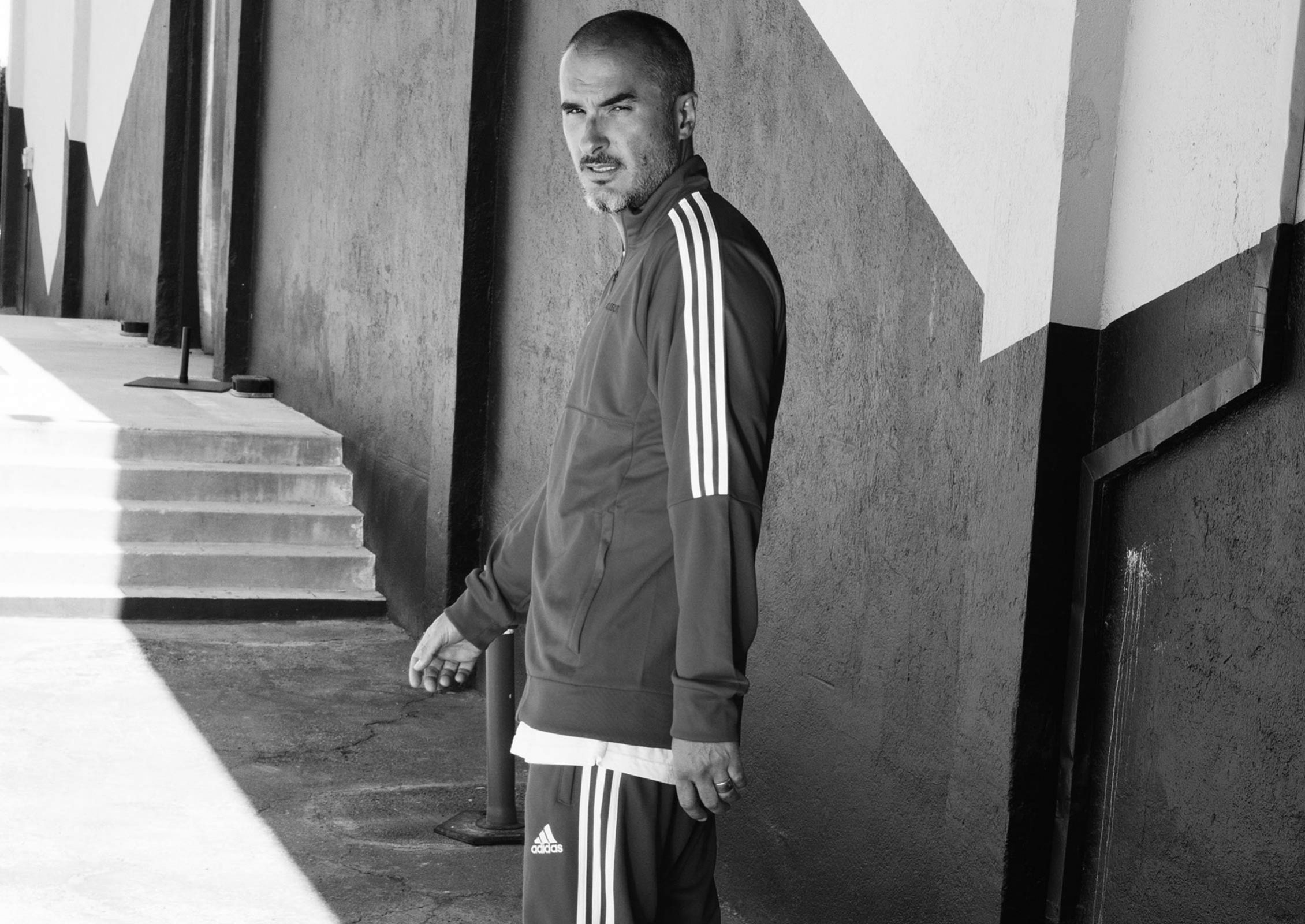 “You know, whenever we play a record on Beats 1, an artist gets paid,” Lowe says. “Whenever we break an artist or get an artist involved in a campaign, and it gets really big streams… that’s how we measure success. We’ve built a schedule that is very deliberately event-based, and not writing a steady graph from breakfast to the late night.” It’s a format that works the world over without being limited to time zones. Peculiarly, Zane doesn’t see Beats 1 a counterpart to traditional radio which he argues relies on set schedules and localised guests, in fact, he sees it existing as a different platform altogether, where “anything can happen anytime” – and, in truth, it does. Harnessing the power of its social media, and the channels of the artists it collaborates with, it’s able to direct listeners to announcements, takeovers, FaceTime calls with St Vincent, or whatever activity it decides to broadcast.

While this approach certainly invites a “young and very engaged” listener, some may and have argued that it has its limitations in allowing for only a certain demographic of listener. Furthermore, it’s current anchoring within the western cities of LA, New York and London may explore these cities’ soundscapes but leaves room for more diversity and representation across the world. After all, it’s currently broadcast in over 100 countries. This isn’t something that’s lost on Lowe, however, who has greater plans to cater for and expand into different terrains with Apple Music but, as he says, this takes time. He makes his ambitions for the platform clear while reminding me of how much it’s developed in the two years since it launched. “Do we want to try different things? Definitely! I don’t even know what we’ll look, sound, or feel like in two years’ time, three years’ time. I know where we started, and I know where we’ve gone. I have an idea about where we’re going, but I’m excited to find out as well.”

Joining Lowe on the ride are fellow anchors, collaborators and now friends Julie Adenuga, who he credits as a “one of the world’s most exciting voices, and faces” and Ebro Darden “the easiest relationship I’ve ever started with someone I didn’t know before”, helping pedal the music and the tales of the artists across their home regions and beyond. They form part of a wider circle of “smart, young, tasteful people who are hungry and go search for things all the time” working at Apple Music who create a shared space open for discussion and pursuing new opportunities. While Lowe can’t confirm what the next year holds, his dedication to the future of music, global reach, new audiences and music promotion should instil faith in continuing to share music for years to come – but it’s up to you to keep up. In his own words, “If you love music and you love culture, then we’re just trying to present it to you in the most exciting, non-stop, superfast way because music is non-stop and it is super fast.”

The Original Hypeman himself, Zane Lowe, gives us his thoughts on the artists he’s betting will blow up by the year’s end.

“They are a really great example of the influence that artists like Tyler, the Creator, Odd Future, Kanye West and Kid Cudi have all had on a new generation of artists. There’s a sense of independence and freedom to what they do, but they are very structured and focused as well. They’re a classic example of a large group of musicians who are working really well together in the modern era.”

“He is definitely a voice which people are talking about right now. He’s shown such a varied palette – on his new project there are really deep cuts with Kali Uchis, his classic songwriting has a standard, timeless feel to it, and then he gives us these R&B bangers. Daniel Caesar is on a journey, and as he’s searching along the way, the music he’s putting out sounds amazing.”

“She is an amazing modern pop star. For someone so young, she’s got such a clear vision about the way she wants her music to be delivered and presented. We’re already getting a really diverse collection of sounds from her. Billie can hit three or four different styles over three or four different songs, and it’s exciting as a music fan not quite to know where she’ll land next. For me, being surprised like everybody else is part of the magic of it.”

“As much as I love what A. Chal is doing musically and artistically, I know he’s got these big records that are in the canon and I keep hassling him saying, ‘When are you going to drop these huge records?’ and he’s like ‘All in good time, all in good time.’ The pace he’s moving at is so deliberate, and his is a really fascinating independent story, but just hurry up and drop a banger bro because I love all the deep and moody stuff but I’m waiting for the fucking smash.”