With a total of 14 members living and creating together, barely any of whom are old enough to drink, you’d be forgiven for thinking AG Club was the latest Hype House to grace TikTok. But dialling Notion up from their home in LA, rapper Jody Fontaine admits that you won’t be finding them on your FYP anytime soon. As director-in- residence Manny, who keeps Jody company through the call, chips in: “I be watching TikToks all the time, not really posting.”

In fact, despite forming through Twitter and originally hailing from the Bay Area, the hip-hop group is something of an antidote to social media’s predictability and perfectionism. Rather than flexing for the gram, you’ll find them hard at work in the studio carving out their multifocal, joyfully chaotic sound. Infamously difficult to anticipate, your typical AG Club release could sit anywhere between soft boy indie, melodic rap and woozy R&B.

Over on YouTube, they’ve been racking up views for irreverent videos seeing the group pose as an underground fight club (“UGUDBRU”) and fly upside down over the California skyline (“MEMPHIS”). Drawing inspiration from everywhere from Odd Future to Wes Anderson (AG stands for ‘avant-garde’, after all), the group stands for art as a way of life, and the creative possibilities that come from collaboration. 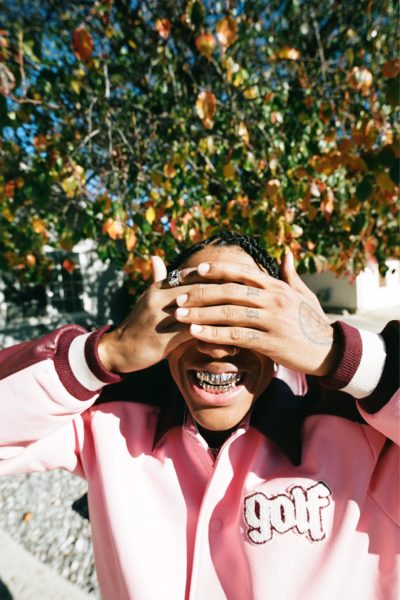 Getting into a creative headspace Hiatus Kaiyote – “Nakamarra”

Transporting to the future Jean Dawson anything 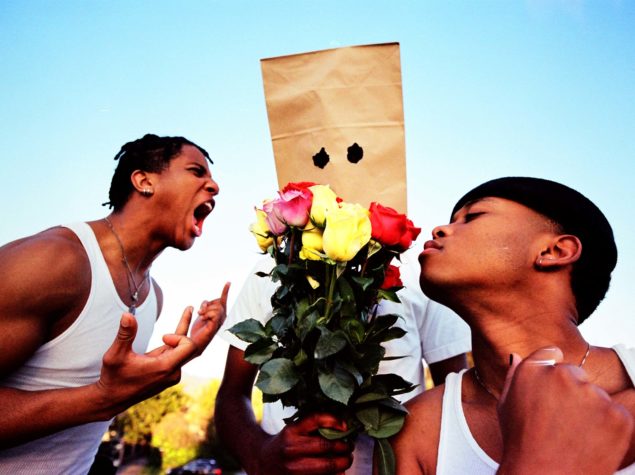 Tell me, what does it take to join AG Club?

Everybody’s a member of the club. That’s why it’s a club, because it’s so accessible.

This year is shaping up to be a big one for you guys, but tell me — what was it like in your first few years as a band?

We were just homies. We all worked other jobs and at one point or another everyone tried college. We were having fun with it and then we hit a point where we knew we had to make a decision. We were like ‘Should we go get careers now and do serious shit?’ We knew that if we were going to do music we couldn’t just link up every few weeks, we needed to do it every day from dusk to dawn, putting in those 10,000 hours. From then on we’ve been going crazy, non-stop.

Your new album is called Fuck Your Expectations PT. 1. Why do you want listeners to ditch their expectations?

It makes them more open to being uncomfortable and that’s doing them a service. They’ll be more open minded the next time around, and they’ll stop limiting themselves to what they expect and what they’re comfortable with. This is the fucking real world and you can’t expect everything, you can’t predict how life’s gonna go.

You’ll be releasing the second part of your Fuck Your Expectations album a month later. Why is it in two parts?

When you have 18 tracks it’s really hard to digest, especially when there’s so much [music] coming out every Friday, like a thousand things dropping. It’s about stretching out the impact of the project. Real fans are gonna listen to every track, but it’s easier to find things that you like from a pack of nine songs than 19. 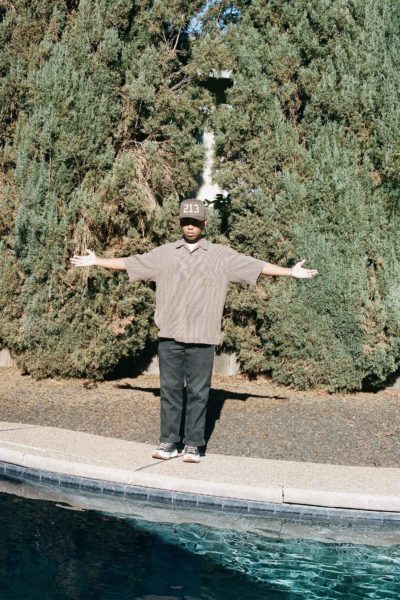 Your work is pretty eclectic and hard to define, do you ever feel a pressure to make it more digestible?

That’s always gonna happen. All anybody wants is for things to be commercial — to be a pop star or whatever. That’s never been our thing though. We’re not making our moves to adhere to a certain crowd, we’re making stuff that we think is cool and that’s what we want to do. We don’t really care to dumb down our stuff. If you don’t understand it or you can’t digest it, then it’s not for you and that’s fine. It’s completely OK for there to be a demographic that we don’t reach.

Is there a specific demographic that you want to be reaching?

18-25[-year-olds] is the target. But we’ve been told that because of the range of stuff that we make, some older people like our stuff and some kids like our stuff. It really is whoever can find something that they can relate to. We’ve got the old soul, indie type we be on sometimes and the really fun, not too heavy vibes we be on other times.

You mention the variety of sounds in your music — does that come from being a part of a collective?

We’ve got a lot of members and there’s so much room for influence around this crib because there’s so many people here. We like to give everyone the chance to throw in their ideas and their creativity. There’s 14 of us, all of us have our own influences. If we just look at the [main members of the] band and that’s the only way we’re getting our ideas, at some point it gets limiting. There’s only so much shit we can think or talk about on our own.

They say it takes a village to raise a child. Are your songs like your babies? 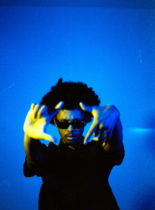 Musical collective AG Club chat about their musical firsts, from getting starstruck to facing obstacles to bucket list goals.