Aimee and Emily Wood are the Northern sisters taking the South by storm with their undeniable talent, infectiously bubbly personality and ability to "chat out our arses".

The evening I’m set to interview the Wood sisters is the same day I’m back in the office from my holidays – undoubtedly feeling some sort of blues due to my return to reality, and nothing to do with the alcohol I consumed on said holiday. However, it’s only when Aimee and Emily answer my call are those blues cured. The warmth that exudes from their Mancunian accents (the sisters hail from sunny Stockport) and our collective hilarious confusion of trying to switch from FaceTime to a call because “our WiFi is shit” makes my night.

I feel like I’m catching up with old friends rather than interviewing the star of Netflix’s hit series ‘Sex Education’ and an acclaimed make-up artist who has worked with Rankin, Dido, Glamour UK, and Rollacoaster Magazine to name a few. Alongside their individual talent, it’s the sisters’ ability to spread their radiating light from within to everyone who is around them. Mix in the North’s infamous brass and honest humour into the mix and what you’ve got is two bright young things ready to speak their mind, live their truth and not be afraid to look ridiculous doing so. How refreshing. If you somehow haven’t heard about Netflix’s ‘Sex Education’ then that’s on you, but if you have, then you probably already know about the charismatic and endearing portrayal of Aimee Gibbs by Aimee. Wood’s ability to act in such a way, without intention, makes you feel like you’ve known her previously, or that you relate to certain aspects of her. The same can be said about her talent; watching Sex Education made me almost confuse Aimee’s character with memories of my own messy teenage past. I say that like I’m an old man, but watching her on-screen threw up bittersweet memories of when I was just beginning to figure things out for myself, and for some reason, I found myself relating to a young British girl exploring sexuality despite me being a gay man from Ireland. If that’s not acting, I’m not sure what is.

The talent gene pool runs deep within the Woods family as sister Emily got to be on the other side of the camera, having previously worked with Notion as an MUA on shoots, and it’s about time. If you haven’t seen Emily’s face before, you’ve definitely seen her work. Using the face as a canvas, Emily’s work has been splashed over British fashion magazines, in stores, on adverts, models… the list literally goes on and on. Looking at the Wood’s sisters’ credentials is like reviewing the work of a life-long career and they’re only 25, so they’re just getting started. So go on, let Aimee and Emily Wood infect you with their charisma – it’s going to get you at some point. 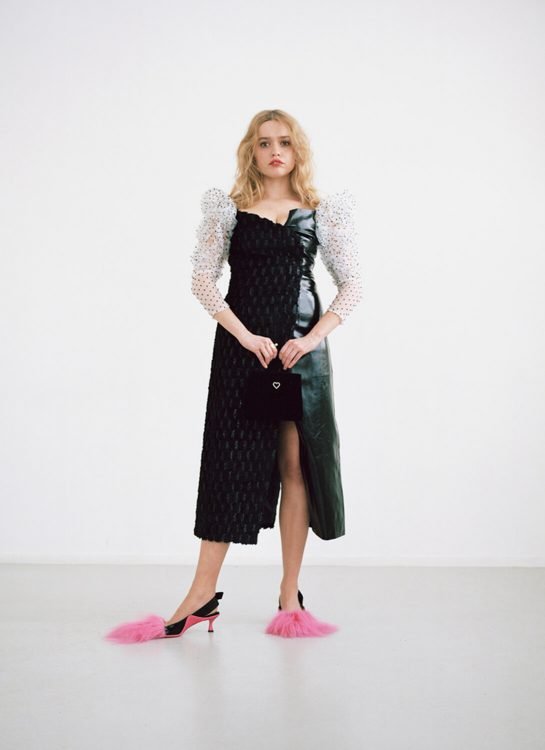 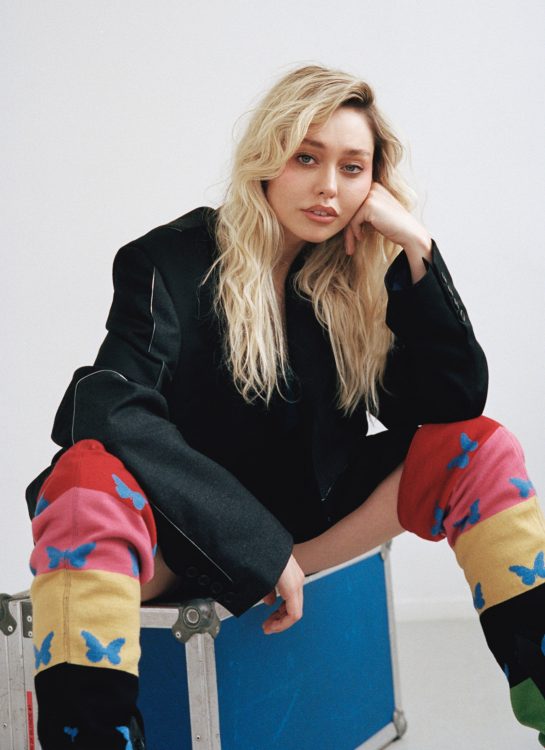 Tell me about some of your favourite memories growing up together?

We just love anything cheesy, camp and theatrical. For a period we entered every single room in our house shouting “JENNY!” whilst turning off and on the lights, and surprisingly it didn’t annoy our mum. Actually, whenever she was feeling sad we would do that to cheer her up. There are just loads of memories like that from our childhood; we just latched on to stupid things, and because we bounced off each other so well we just ran with them for months. We both hated sports growing up, and our mum made us go to kickboxing to get us off our arses. Not surprisingly, Aimee ended up kicking a wooden table and broke her ankle. For some reason, she kept the cast on for way too long. On Christmas day we decided to take it off and thought it was a Christmas miracle that Aimee’s ankle was healed on the day Jesus was born. Our family didn’t find it as funny as we did. Looking back, we were hilarious kids, but probably a bit annoying.

How does it feel to be reunited in the capital and living out both of your dreams together?

It’s really weird because we had a long while of not living together when Aimee first made the move to London to pursue acting. Then eventually I made the leap down, but it honestly just felt like we were only physically apart. It didn’t change anything between us. Honestly, the most special thing is that we’ve never once felt awkward with each other. We could not see each other for months and as soon as we’d be in the same room together it was like no time had passed at all.

Now we live together in London and it just feels right. We were instantly back to how we were – unstrained and honest. London can be so overwhelming and full on – our Nothern mentality is so different to how London works. I found it difficult when I first moved here, like, saying ‘hi’ to people is mental here. If you greet someone in Tesco Metro they look at you like you’re about to mug them or something. But having Emily here makes everything easier – we can be our authentic selves without having to worry about being cool. 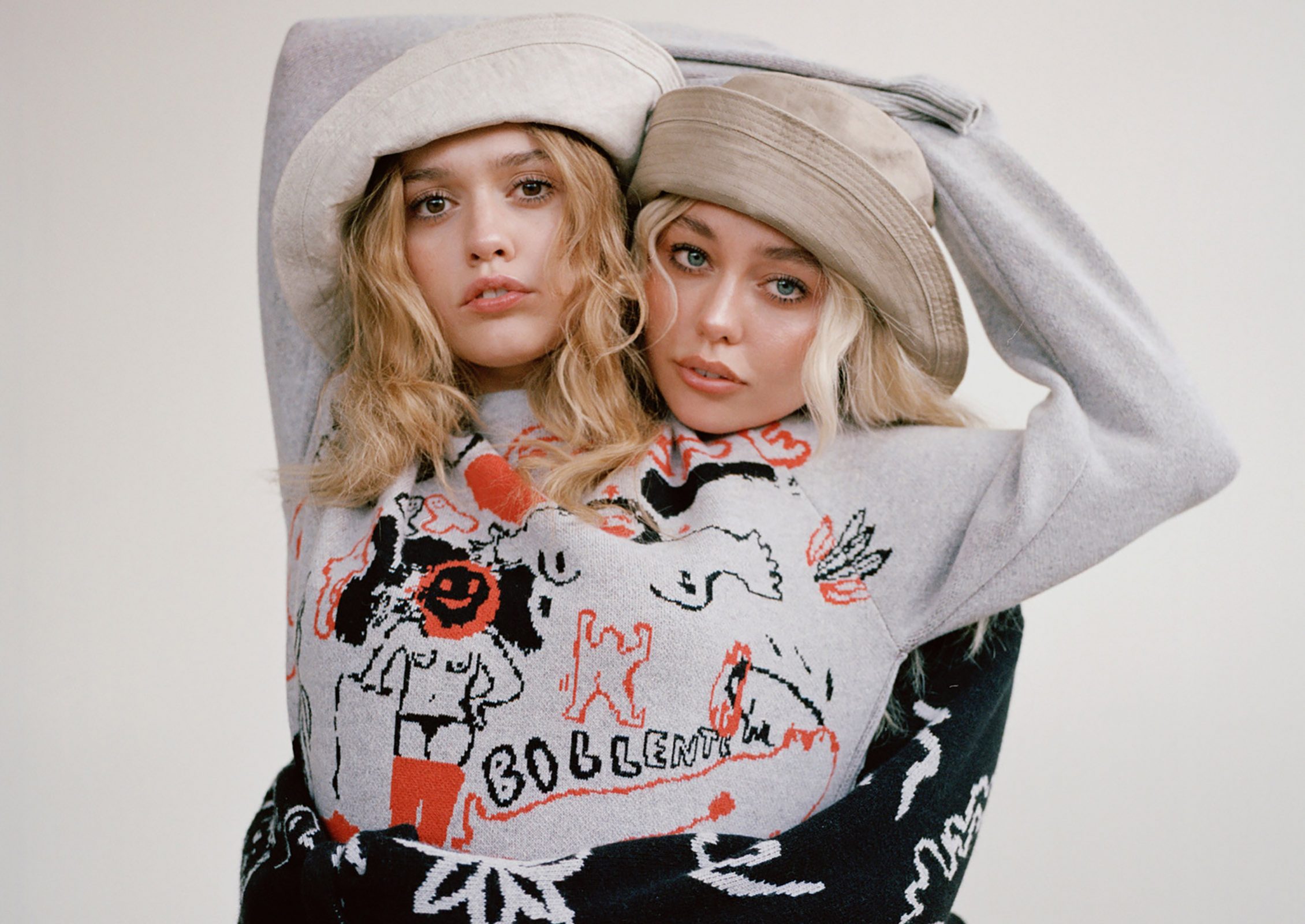 What do you miss the most about Stockport?

The energy mostly, being back home you can feel all of that family history as a lot of people know us, and our entire family back home. Which can be a bad thing when you’re popping to Tesco’s in trackies and greasy hair. I guess the overall vibe is just more open up North, and there’s always warmth that comes with familiarity.  However, I will say London is great when you want to pop to Tesco’s looking a state and no one actually gives a shit.

Can you share some of your personal jokes with us?

There’s like too many. Honestly, we just chat out our arses. We’ve just completely accepted our ridiculousness. I think with being in London we just find people in a frantic rush hilarious, like look at them “up and down like a bride’s nightie”. I feel like this won’t translate well as you need to hear it in person with our Yorkshire alter-egos. We probably just sound draft now.

How it does it feel to be doing so well in both of your different fields?

It feels so good you know. We both do completely different things that sometimes get to intertwine like now and it’s so special. That’s another great thing about London; you get to embrace your bizarre style with makeup and be welcomed for it. At the same time, I do feel a bit lost in the crowd sometimes which is obviously natural.

The thing with me and Emily is that we’re both so different, clever, and beautiful in our unique ways. With that comes certain expectations placed upon us, and some people want to compare us. We just don’t play any part of that, I mean naturally, we compare ourselves to each other as we’re sisters. Emily has taught me so much – especially about being braver with my emotions and allowing myself to be vulnerable to the right people. 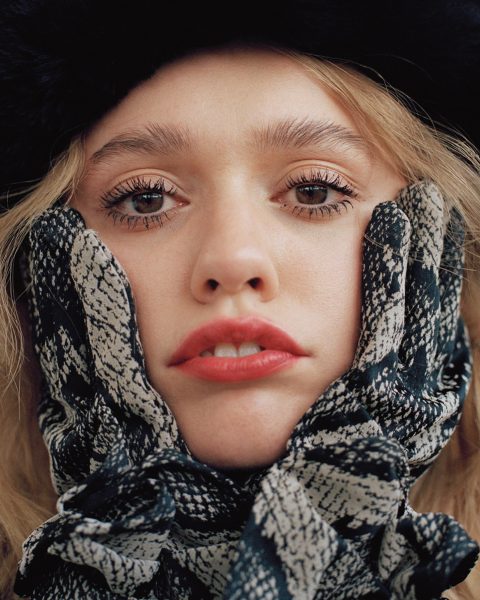 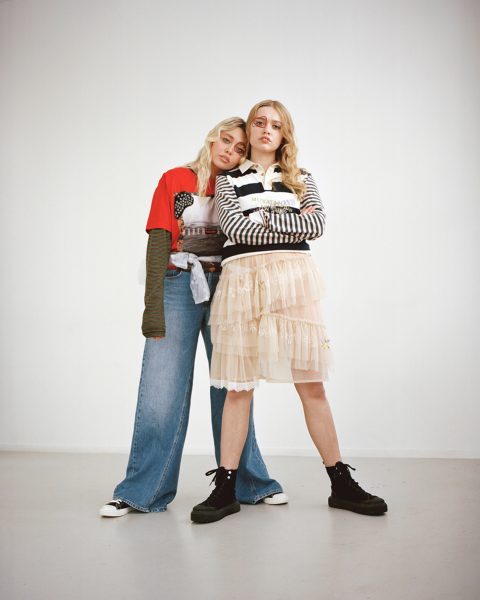 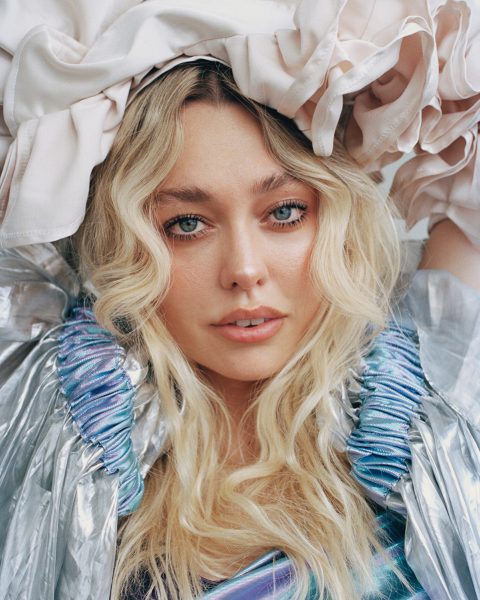 What’s something you miss about being teenagers?

I probably miss the naivety I guess. I’ve done a lot of self-discovery since being a teenager, and only with reflecting have I realised that ‘Em, you were feeling a certain way and you just pushed it down and ignored it’. Things were easier to ignore in a way when you don’t acknowledge them. I miss the naivety around responsibilities – you can do what you want and not feel that certain pressure that comes with a job and bills. I definitely miss not paying bills. To sum it up, things in my past seemed simpler because my mind was simpler in a way. It’s ironic that now I have way more responsibility and pressure my mind is so much clearer.

For me, I wish I could show 18-year-old Aimee what life would be like. However, I think 18-year-old Aimee would just be so overwhelmed with the idea of every one of my fantasies coming true. That’s the great thing about being a teenager, everything is still a possibility in a way but the future seems endless. It’s bizarre that when you’re an adult and your dreams start to come true you adapt to them and it almost becomes the ‘norm’ in a strange way. I guess I miss that about being a teenager, daydreaming about everything without the actual responsibility that comes with these things. We’re laughing because we’re talking about all of this and we’ve got a takeaway on its way and an episode of Gavin and Stacey on pause. So on that note, we’re gonna get back into our responsibility that awaits us… let’s grab a drink sometime! 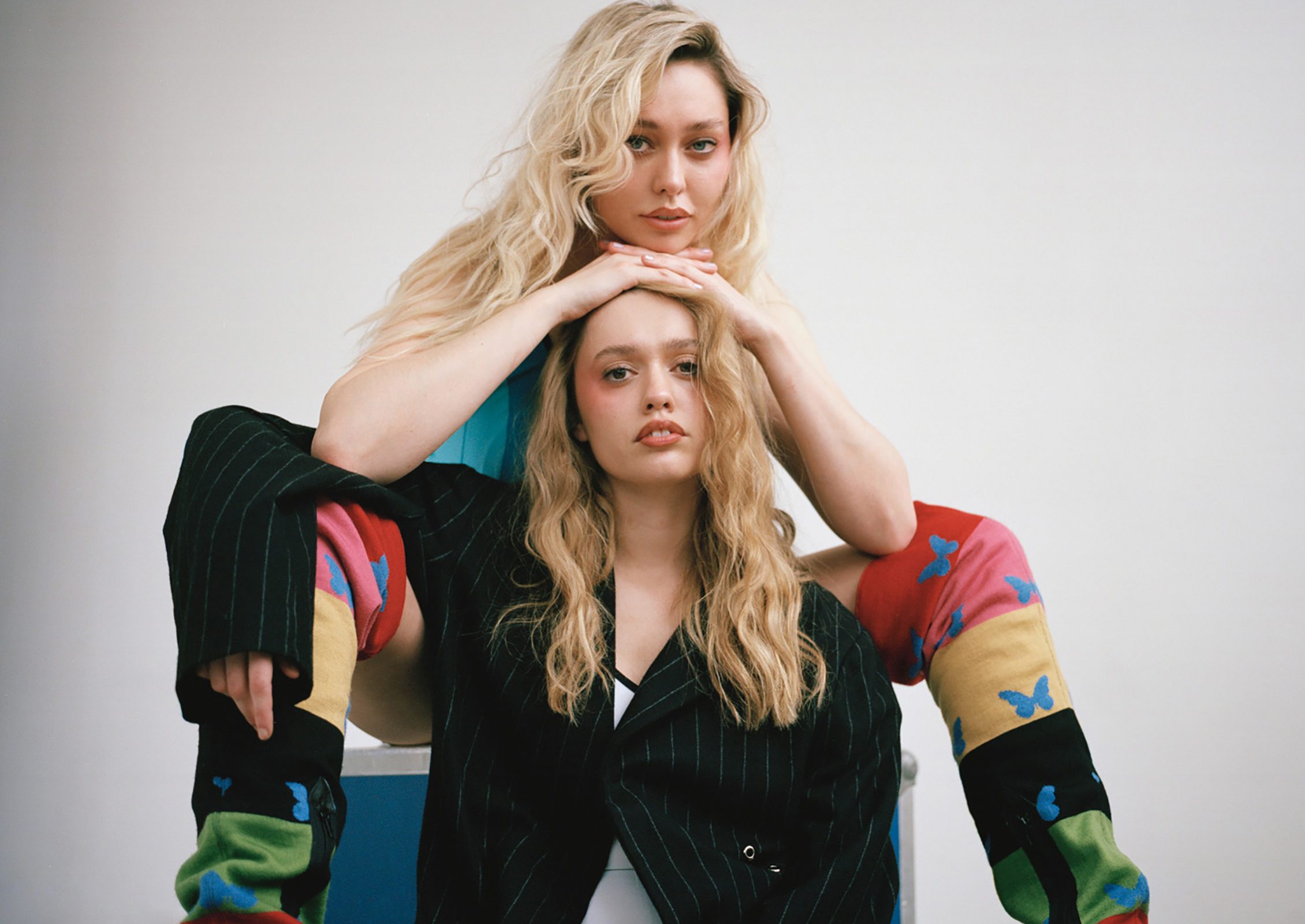 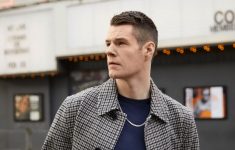 Gracing our screens once more in the second season of Sex Education is our new favourite man about town, Connor Swindells, who is capturing the hearts of an online generation.