AJRadico is the latest rising artist coming out of Queens to offer his own unique and refreshing take on the music scene. With a big rise in Drill music, AJ has chosen to move in his own lane. The 22-year-old musician would describe his sound as mythical, personal, and “like a Rorscach Test”, where psychologists present someone with an inkblot and ask: “What do you see?”

With the release of five varied offerings, the young rapper has established a guaranteed quality. Like an architect of soundscapes, AJ places the listener in the varying environments of the Big Apple. AJ’s latest single, ‘Ballhog’ continues his immersive sound with chiming keys, swirling synths and grooving bass. The self-produced track is enforced with a charismatic flow that pokes fun at the opposing forces against him.

Like so many others who know what it takes to be heard in New York, AJ has merged his unique music lane with that of fashion, performing at the Barclays during New York Fashion Week and the Offshore Agency launch party. He has shot with Telfar for their Paris Fashion Week campaign alongside Steve Lacy, Ashton Sanders, Petra Collins, and performed at the Tory Burch foundation dinner alongside collaborator Bakar.

AJRadico has now shared his debut project ‘Transit’, which includes four fresh new tracks. Be sure to keep your eyes on the young music maker. 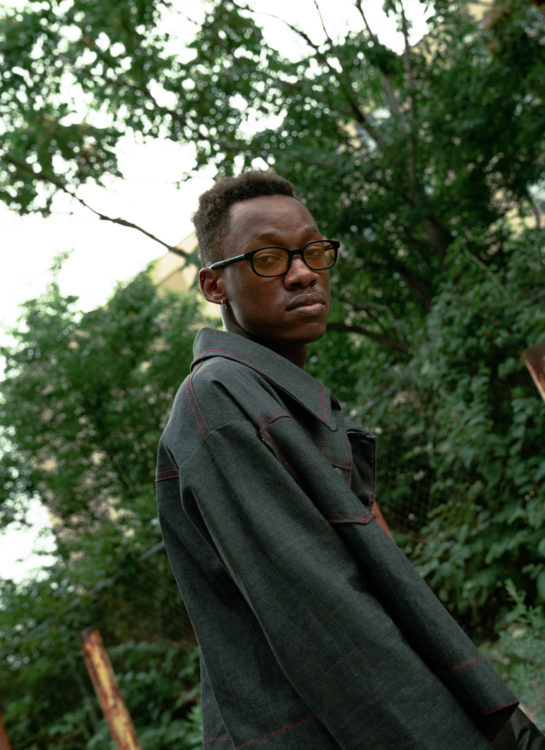 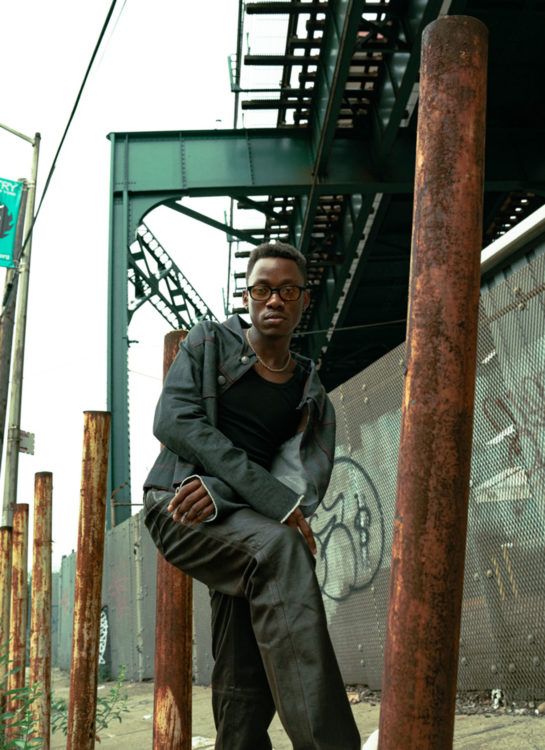 How did 2020 change you as a musician? What were you able to learn about yourself?

2020 taught me patience as an artist. Adjusting to living and creating in a pandemic has been a hell of a process. Especially finding new sources of inspiration.

How did you first get into music? When did that love begin?

I’ve been in love with music for as long as I can remember. I grew up going to Empire skating rink with mom and making cassette mixtapes with my pops. That’s what really introduced me to Hip-Hop. But who really brought instruments into my life was my aunt, who was in a jazz band. She’d let me borrow her guitar later after school and teach me about how chords work.

Can you tell us a bit about what role fashion plays in your life and how it influences your artistry?

I think of artistry as a Jenga tower and fashion is one of those blocks at the bottom. It’s foundation. NY invented hip hop and all the swag that came out of it, so if you’re apart of that culture and truly gonna represent you gotta be up to par.

We hear you produce, engineer and mix your own stuff. When do you know you’ve finally created the right sound you want to use in a track?

I’m a perfectionist, but I think putting out music is always like a leap of faith. In the process of making songs, you hear them a million times before they come out. When I listen to one of my songs and feel like nothings missing, that’s when I know. Trust your instinct.

Does New York play a major role in shaping you and your sound?

New York shaped how I view music because it comes omnidirectional. From all cultures opposed to one, from the barbershop, to the Deli, to block parties, the influences are never ending. 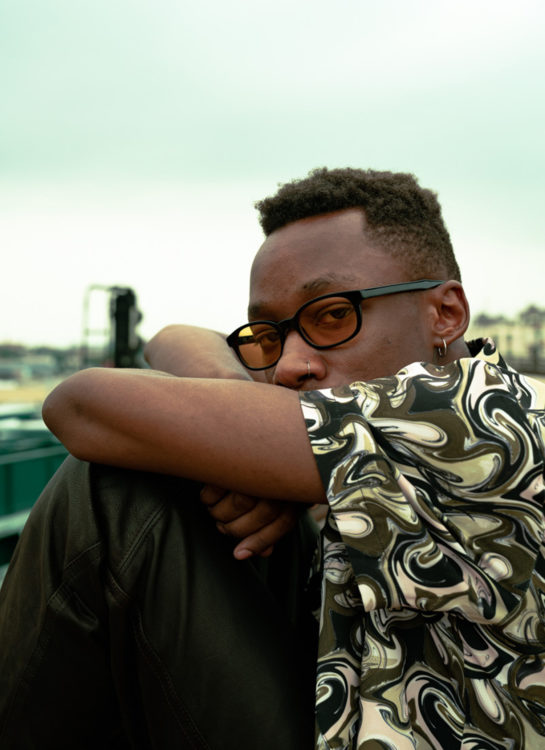 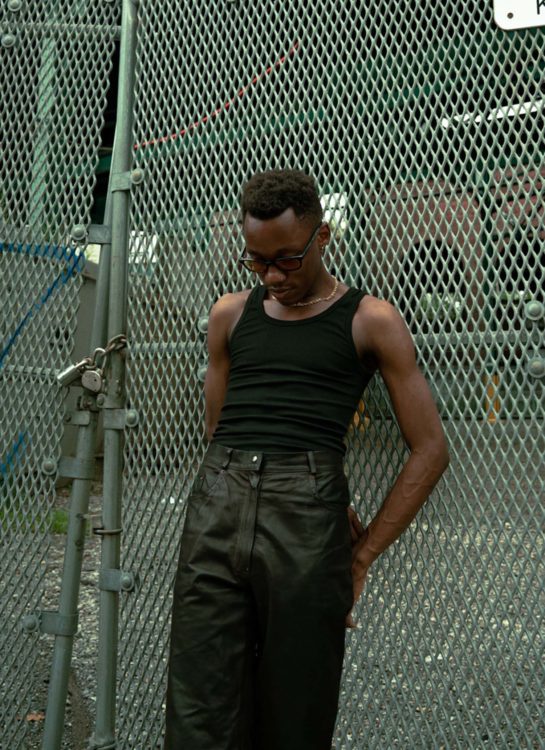 What does your latest track ‘Ballhog’ mean to you and how does it differ from your previous singles?

‘Ballhog’ is a mantra for the everyday hustle. It’s all about knowing your worth and knowing who’s worthy of your energy. But most importantly manifesting what you achieve.

How important are visuals to you and what are you hoping to convey in your music videos?

Visuals are so important because they’re a peephole into my world in a sense. Right Now, I want to give people a bite of the NY experience but put my own twist on it.

What questions do you hope to ask with your debut project ‘Transit’?

Do you know where your train is gonna take you.

Who would be your dream collaboration and why would you like to work with this person?

It would def be Jay and the Neptunes. Hov’s bars + their production is unmatched together. If I could go back in time I’d sit in on those sessions.

Are live shows something you’re interested in exploring in the future? What could people expect from a AJRadico performance?

Most Definitely. I can’t wait till shows are a thing again. They’re what’s missing right now in this pandemic. A lot of new music and good energy.