Musical prodigy Alfie Templeman shares his secret talents, dream collab, the motto he lives by, and much more.

Turning 18 just this year, Alfie Templeman is already a favourite on the indie circuit. He’s racked up accolades enviable of any musician, let alone someone who made their debut in 2018. The Bedfordshire-born artist has been Annie Mac’s ‘Hottest Record In The World’ a whopping four times and amassed 70 million Spotify streams.

Famously never having had a music lesson, the maverick is self-taught on 10 instruments, from piano to cello. A DIY musician through and through, his studio doubles as his bedroom, from where he has been buried under praise. 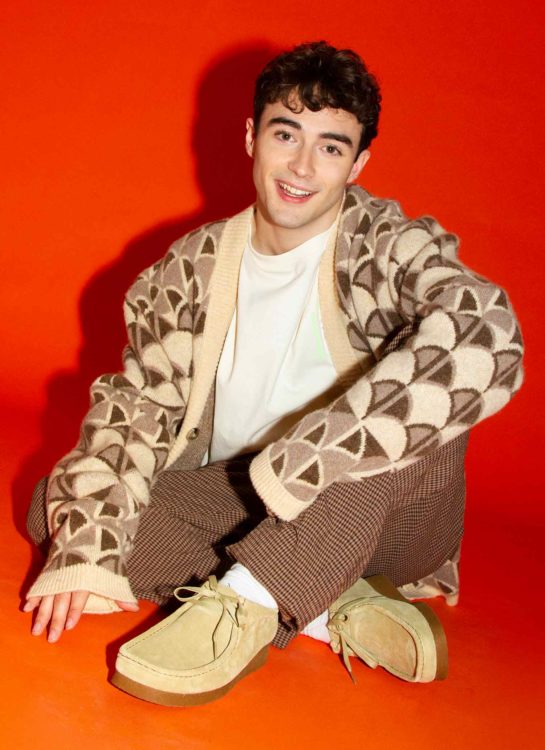 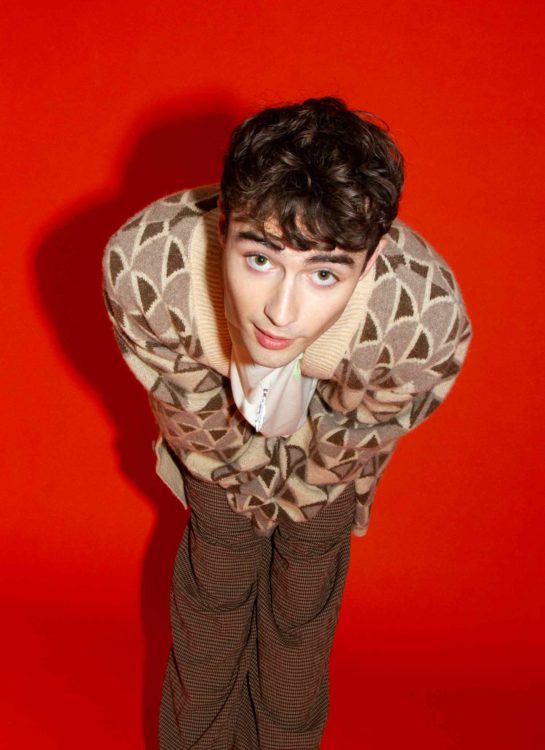 Templeman’s output is purely joyful funk-inflected indie-pop, overset by ever so slightly angsty, existential lyrics. His single “Everybody’s Gonna Love Somebody” is regularly spinning on BBC Radio 1, while his four EPs have garnered critical acclaim. Before he begins recording for his first album, the young star has recently rustled up a mini-album ‘Forever Isn’t Long Enough’.

2022 will bring a spring headline tour for the bedroom-pop wizard, along with his biggest show to date at London’s O2 Shepherds Bush Empire.  For fans who just can’t get enough, Templeman will also support Declan McKenna in the UK and hit the road for a US headline tour, appearing with the likes of Chloe Moriondo.

Notion caught up with Alfie Templeman about how his journey started and where it’s going. 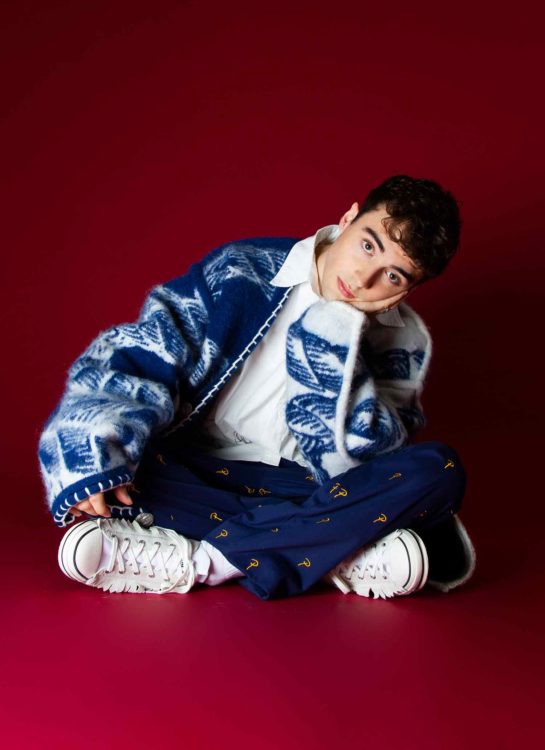 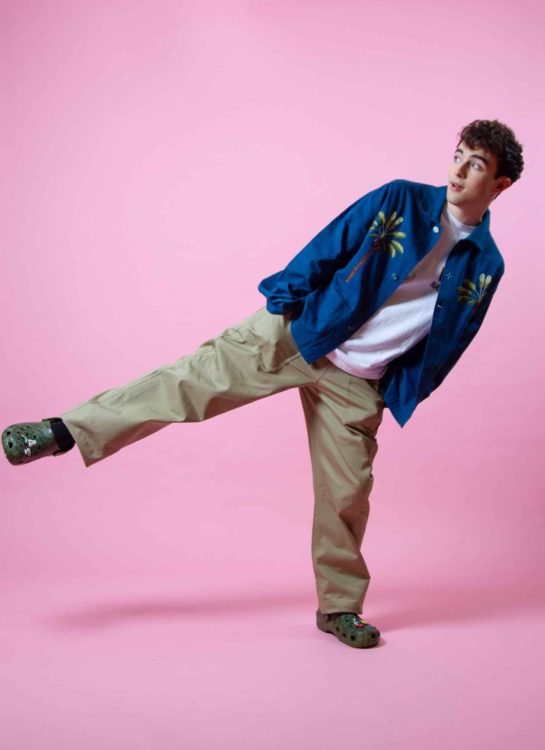 Well, the first thing that I always say, and it’s probably really pretentious, is that it’s genreless. I’m always trying to just change things up a little bit and try out different things, so I try not to stick to one kind of sound. But as a whole, I guess it’s alternative but in a different way. That’s the overall sound – alternative slash indie, then I’ll put my own twist on it. Anything that I grew up listening to, whether it’s prog rock, to R&B, to classical, or just anything I like, I’ll add my own twist to.

Tell me about your career journey. How did you get to where you are today?

I grew up listening to a lot of music, because my parents listened to music in the car and around the house. My dad also enjoyed playing guitar. So, I eventually picked up playing guitar when I was about seven or eight. He just showed me some basic chords, and I figured out the rest. I started recording myself playing guitar, and I picked up the drums as well, because I’ve really enjoyed playing those. So, anything I could get my hands on, I would basically try to record and turn it into a song and make into something.

What is something you’d like more people to know about you?

I’m double-jointed in my elbow. That’s not common knowledge, surely? 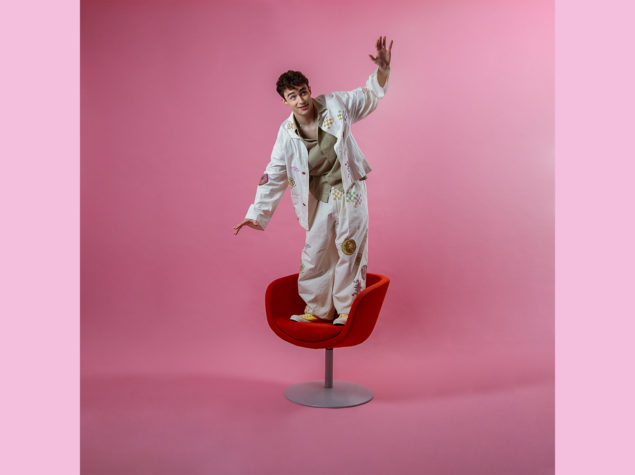 What is a song that you wish you’d written?

What’s your biggest career goal at the moment?

That’s a tough one. To be honest, it’s just to not burn out and not to reach my peak too early on in my career – just keep going and keep making good stuff and hope for the best.

Who would you love to collaborate with?

There’s one guy that I really loved from the 70s. His name is Todd Rundgren, and it’d be sick to do something with him. But who knows, he’s probably the busiest guy in the world. 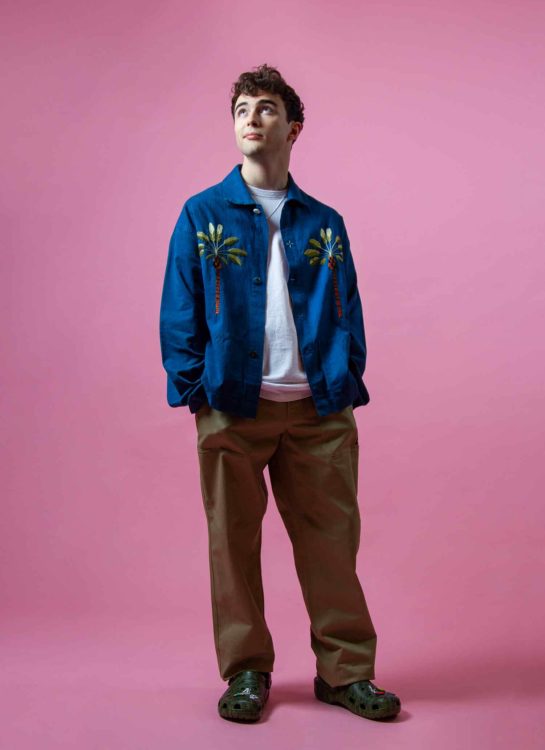 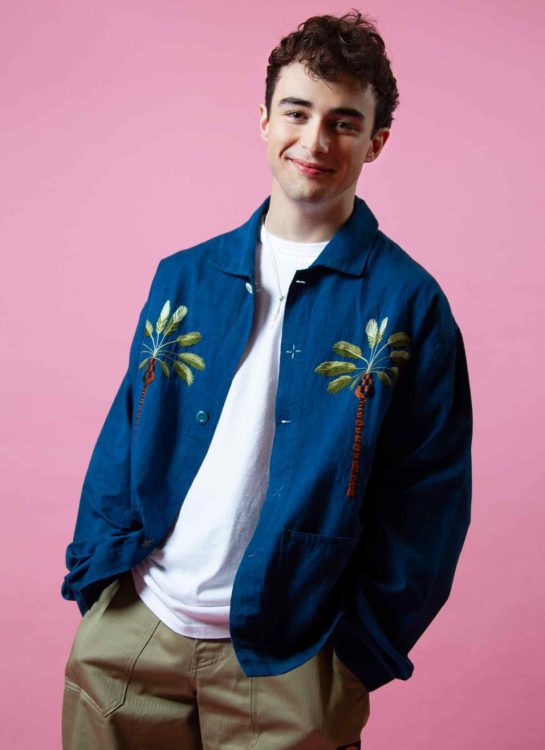 Which of your songs best defines you as an artist?

That’s a really good question. I’d say probably “Yellow Flowers”, one of my earliest songs, just because it’s got that kind of innocence and organic sound to it, and I recorded all the instruments on it. I wrote it when I was 14 or 15. So, it was an innocent, good time for me where I was figuring things out for the first time basically.

What is a motto you live by, or some of the best advice that you’ve been given?

I think really, for me, the most important thing that I always think about and remember to do is just to look forward rather than backward – let go of everything you’ve done in the past and focus on what’s happening now and what you can do to improve. That’s the one thing that I’ve always lived by and what drives you, what keeps you going.

What drives you and keeps you going?

I think it’s other people normally, seeing other producers, other young artists doing their thing as well. It’s the kind of thing that actually inspires me to get out there. I listen to a song and I think: wow, they’ve done a good job there. I’m gonna try and go out there and do something like them and see if I can compete – not in a jealous way. Although I do probably get jealous of so many people’s songs because they’re way better than mine. But most of the time it’s because I want to go out there and actually just make something that’s inspired by them in a way. 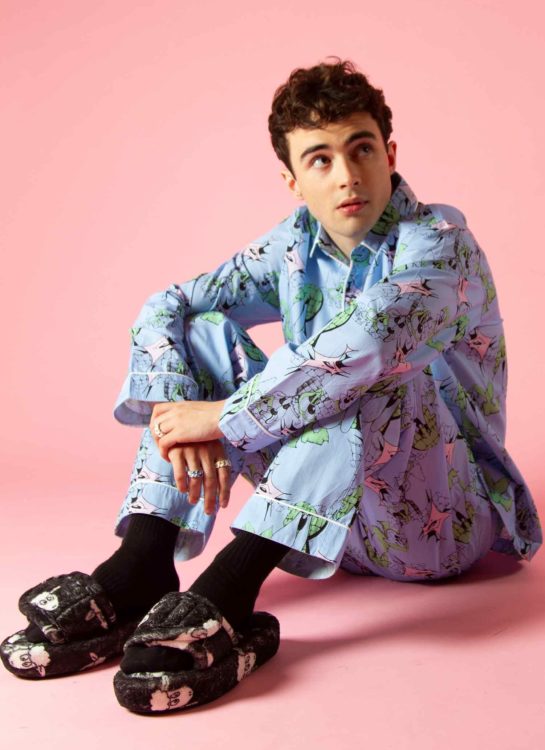 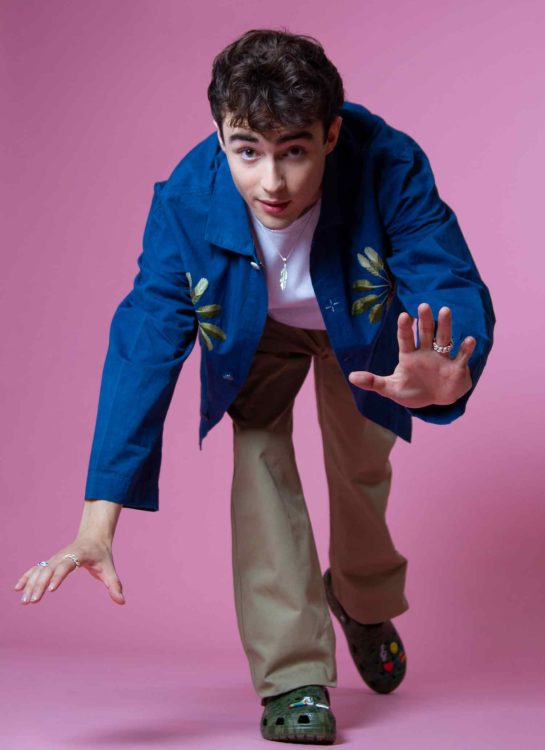 How do you hope to make people feel with your music?

Well, the main thing really is: happy. I mean, I’m always making music to try to make myself feel better. So, if it makes anyone else feel better then that’s great. That’s just the cherry on top really, in terms of what I’m doing.

Last time we spoke you told me that you had over 1,000 songs that were unreleased on your computer. How many do you have now?

About 1,001 [laughs]. It hasn’t been the busiest year. But no, I’ve definitely got a few more, about 200 demos in the last year. That’s a bit slower than what I’d normally do, but at the same time, the songs that I have been making, I’m a lot more proud of. So in the long term, it’s better, definitely.

As the world opens up again, and shows start to get booked, what can we expect from an Alfie Templeman gig?

Just a lot of craziness. Just having fun going wild on stage, I think that’s the main thing. Hopefully just great audience interaction and going crazy altogether, having a bit of fun, and also some delicate moments, but some very rocky, crazy moments as well. So, we’ll soon find out but it will be a blast.

You are quite the musical maverick, but do you have any talents?

That isn’t the elbow? I don’t really have any other talents. I’d say I have hobbies. But there’s nothing… apart from being able to click my fingers really quickly. That’s about the one other thing that I can do. I think I can probably get a record out of that, to be honest [laughs]. You never know. 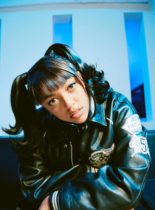 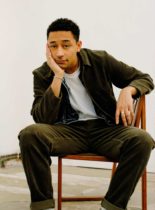 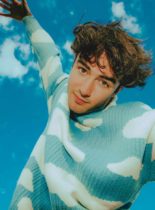