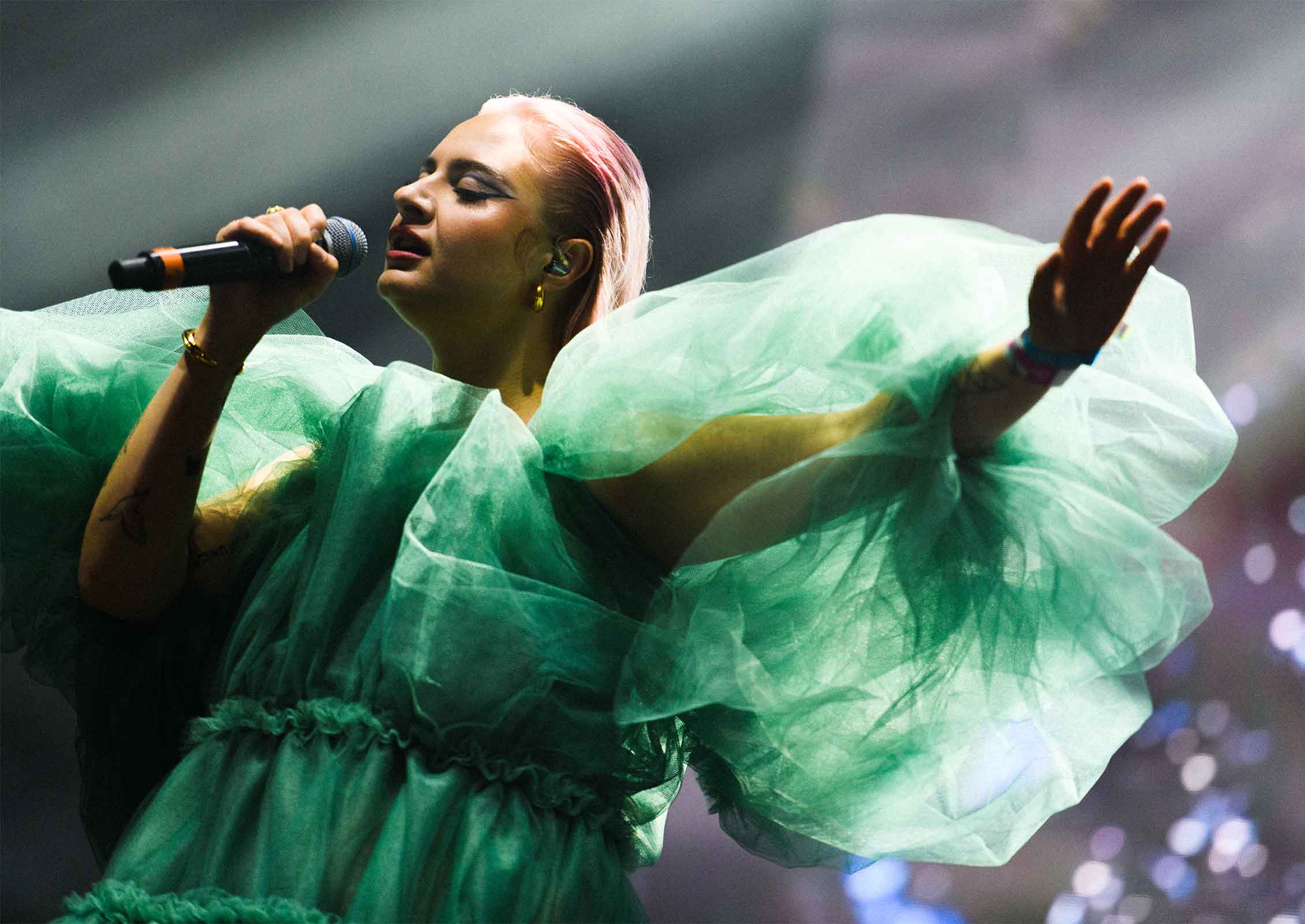 We know everyone else has said this, but we really have missed festivals! Nothing beats the feeling of dancing carefree in a field full of strangers, listening to your favourite artists – especially after what felt like decades away.

Now, All Points East wasn’t our first, last or only festival this summer, but it definitely staked a claim to be the best. Not only does it happen in Hackney’s Victoria Park (arguably one of London’s best), but it also stretches out across a gloriously long bank holiday weekend. Usually taking place each year over the late May bank holiday weekend, this time around, it fell on August’s shoulders because of you know what.

The sun might not have played ball but you know what, at least it didn’t rain. Anyway, nothing could have dampened festival-goers spirits as they pedalled themselves back and forth between the East and West stages to catch the impressive line-up of acts, which included some of the UK’s biggest – and fastest rising – artists right now. 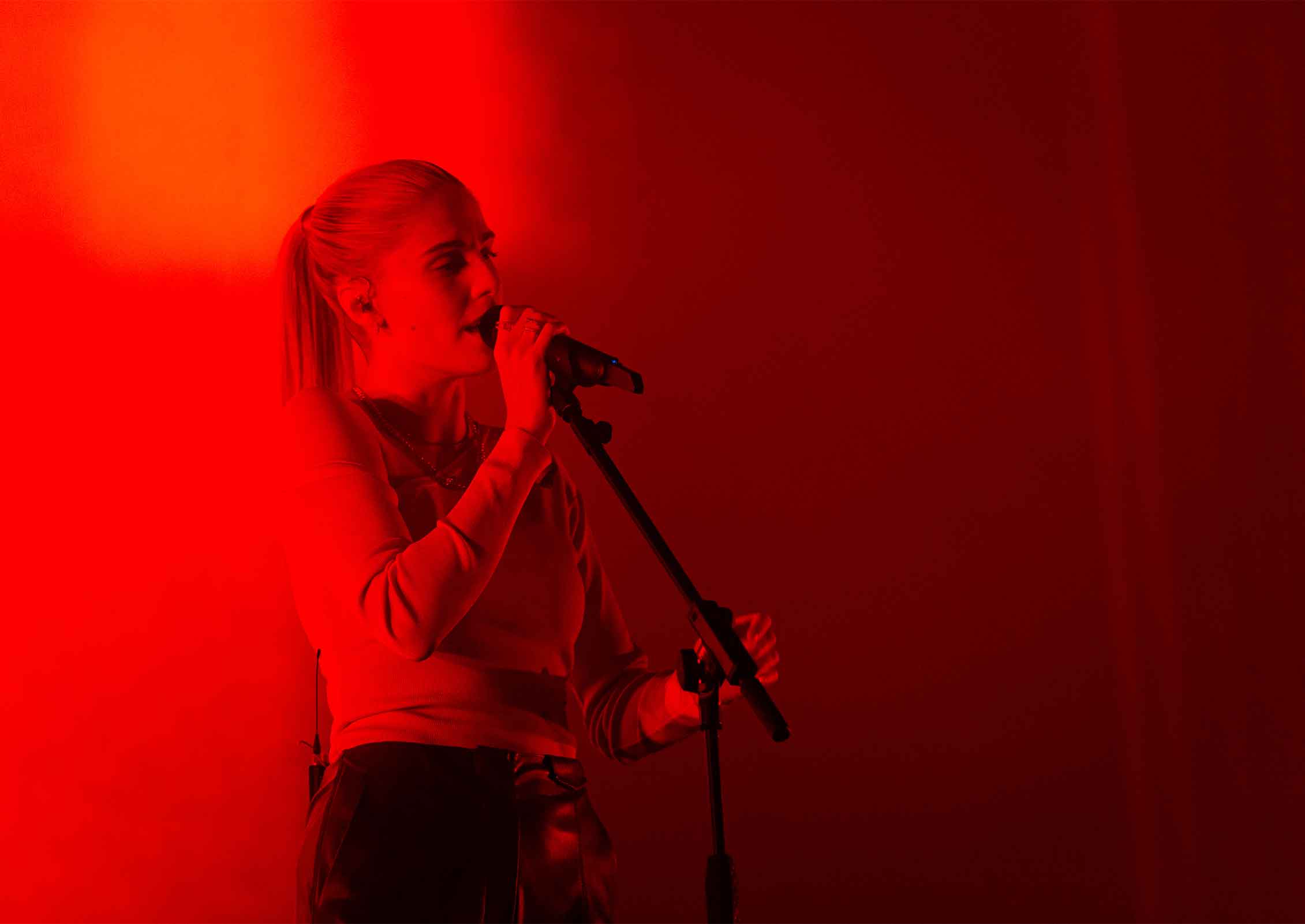 Setting the tone for the rest of the day was rising South London MC ENNY, who rose to fame with her motivational single “Peng Black Girls”. Her first-ever festival performance, ENNY truly brought it with a flawless set. On the other side of the site, multi-disciplinary artist Kojey Radical was making his final festival appearance of 2021. Brimming with natural swagger, he recited tunes from his ‘Cashmere Tears’ project, telling fans that his “favourite place on earth is the stage”.

Collective Sons of Kemet merged jazz, traditional afrobeat and world in their infectious set that had revellers dancing throughout. Kojey Radical made a surprise appearance after his set on the main stage for a rendition of their collaborative track “Hustle” from their latest album ‘Black To The Future’.

Straight-talking singer-songwriter Mahalia brought her A-game for an empowering and uplifting set that saw her sing fan favourites “Sober”, “I Wished I Missed My Ex” and “What You Did”, telling everyone that they needed to be kinder to themselves and look after one another.

Academy Award nominee, Celeste, mesmerised the crowd with her unique brand of vintage soul on the main stage, playing selections from her critically-acclaimed debut album ‘Not Your Muse’, as well as performing brand new song “Tell Me Something I Don’t Know”.

South London rapper Loyle Carner brought out friends and collaborators during his show, including Jordan Rakei for “Ottolenghi”, Kofi Stone for “Boy’s Don’t Cry” and Tom Misch for “Angel”, the latter of whom had his own slot the following day. It was a heartwarming moment when Carner dedicated his song “Florence” to his newborn son. 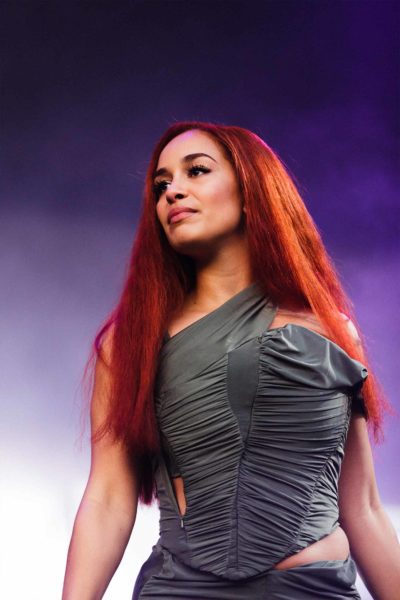 London Grammar made their live stage return and debuted their UK no.1 album ‘Californian Soil’ as night fell on Victoria Park. The crowd was riveted as the Ivor Novello Award-winning band treated them to a spellbinding version of “Hey Now” from their 2013 debut record ‘If You Wait’.

Lastly, BRIT Award winner and GRAMMY nominee, Jorja Smith, dished out hits from her debut album ‘Lost & Found’ such as ‘Teenage Fantasy’, as well as her latest release ‘Be Right Back’. Birmingham-based rapper JayKae joined Jorja on stage to perform “1000 Nights”, and reggae superstar Popcaan delighted the crowd when he appeared for their track “Come Over”. An even bigger surprise was when Jorja launched into a mix of underground funky house and UKG classics such as T2’s smash “Heartbroken” before singing into her own UKG-inspired hit “On My Mind”. 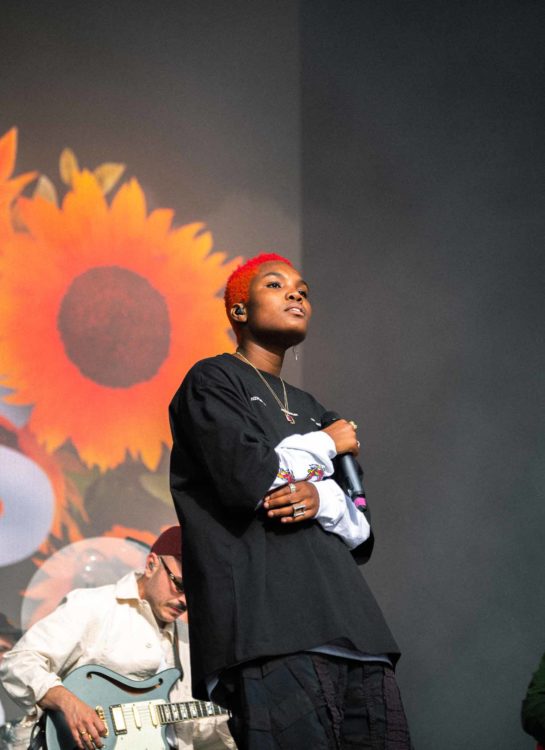 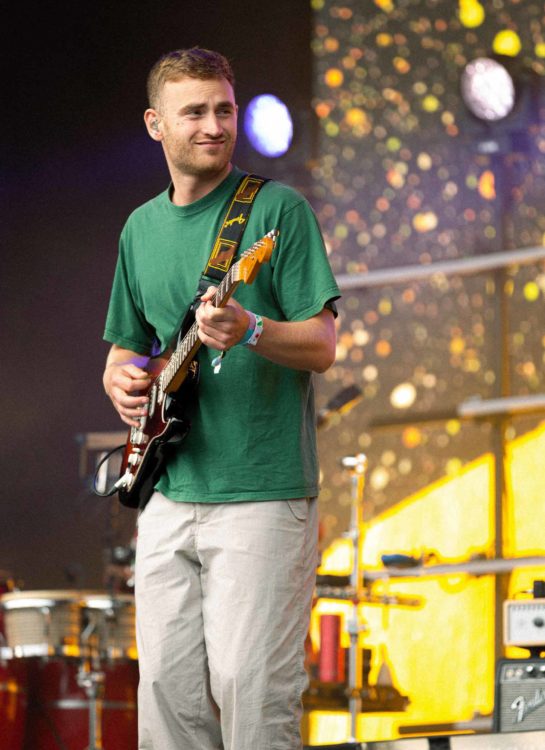 Pa Salieu did more than warm up the crowd, he positively set them on fire with his high-octane performance. This year BBC Radio 6 Music took over the All Points East ‘X’ stage, hosting The 6 Music stage for the entire weekend. DJs such as Coco Maria and Shy FX turned up the volume whilst Giles Peterson warmed up the decks for the headline act of his curated line-up, Dan Shake.

Saxophonist Nubya Garcia played a stunning performance in the sunshine, while BRIT award winner Arlo Parks marked her first-ever London festival. Fans watched, enraptured as she sang popular tracks “Black Dog” and “Caroline”, as well as a host of other delights from her debut album, ‘Collapsed in Sunbeams’ such as “Hope”.

Tom Misch played his first gig in two years to an ecstatic crowd, bringing out not only his sister Polly Misch for “Movie” but friend and collaborator, Loyle Carner, for their track “Water Baby”. As well as playing fan faves such as “South of the River” from his 2018 album ‘Geography’, Misch also treated fans to “Nightrider” from his collaborative, Ivor Novello nominated album with drummer Yussef Dayes, ‘What Kinda Music’. 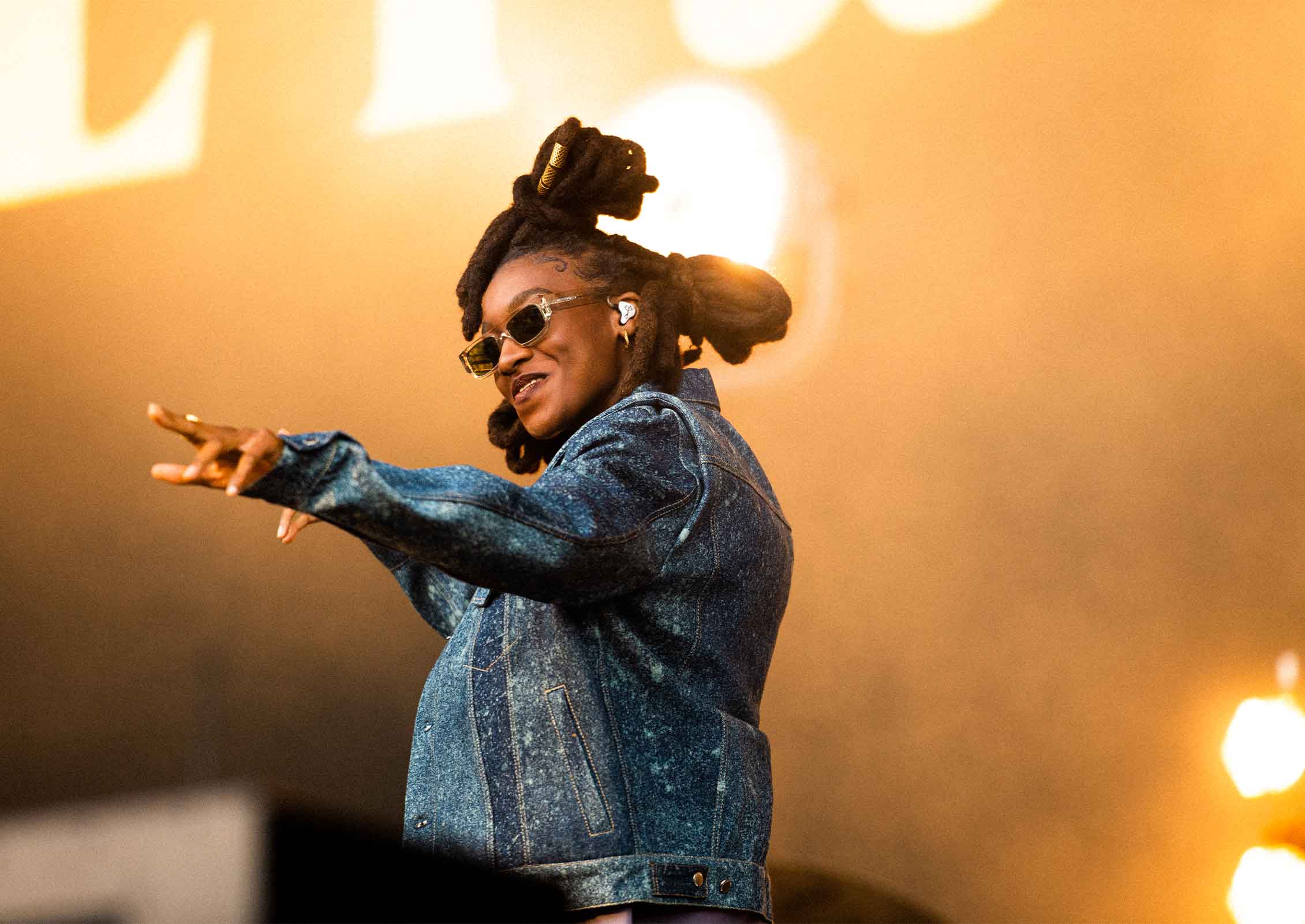 North London rapper Little Simz hosted one of the biggest crowds of the day as she treated fans to tracks “Venom”, “101 FM” and “Selfish” on the West Stage. She closed her performance with a rendition of “Woman”, which included an appearance from featured artist, Cleo Sol.

On the East Stage, East London MC Kano brought a brass band and gospel quintet, his show absolutely blew the crowd away. A a glorious sunset waned over Victoria Park as Kano fittingly performed “T-shirt Weather in the Manor”. As night fell, he turned the energy up to 100 for his powerful hit “This Is England”, whilst all screens displayed the famous Marcus Rashford mural in Withington, which was hatefully defaced after the Euros final, and then lovingly covered with messages of hope and respect after. The crowd roared for “P’s and Q’s” and “Can’t Hold We Down”. 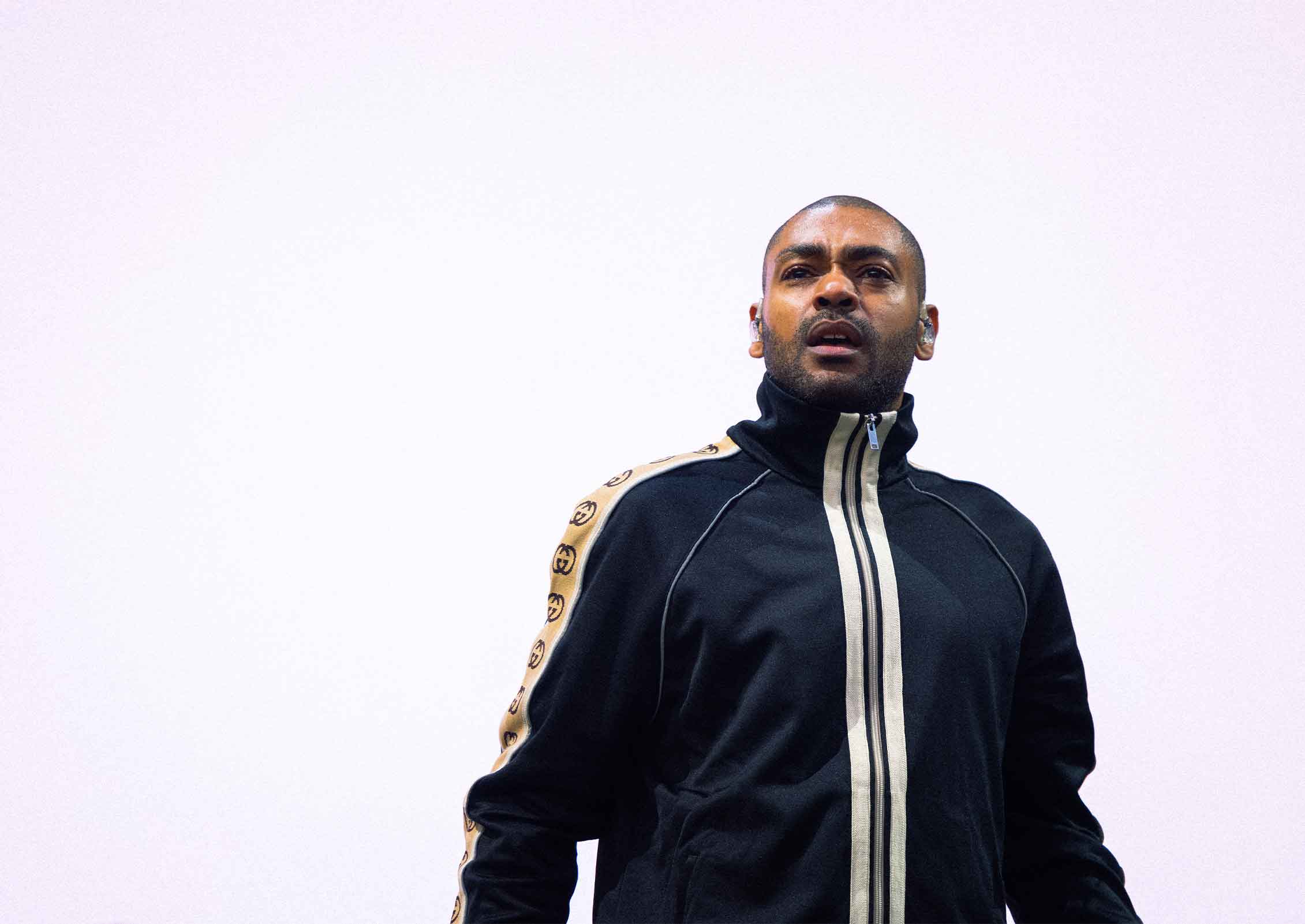 Back on the West Stage, slowthai had flown into East London by helicopter, straight from Reading festival. Nevertheless, he was ready for a rowdy performance that fans lapped up eagerly. Massive numbers “Doorman”, “Inglorious” and “CANCELLED” all featured in his set. Completely shoeless, the Northampton rapper recited “MAZZA” and showed everyone exactly why he deserved that UK number 1 album. 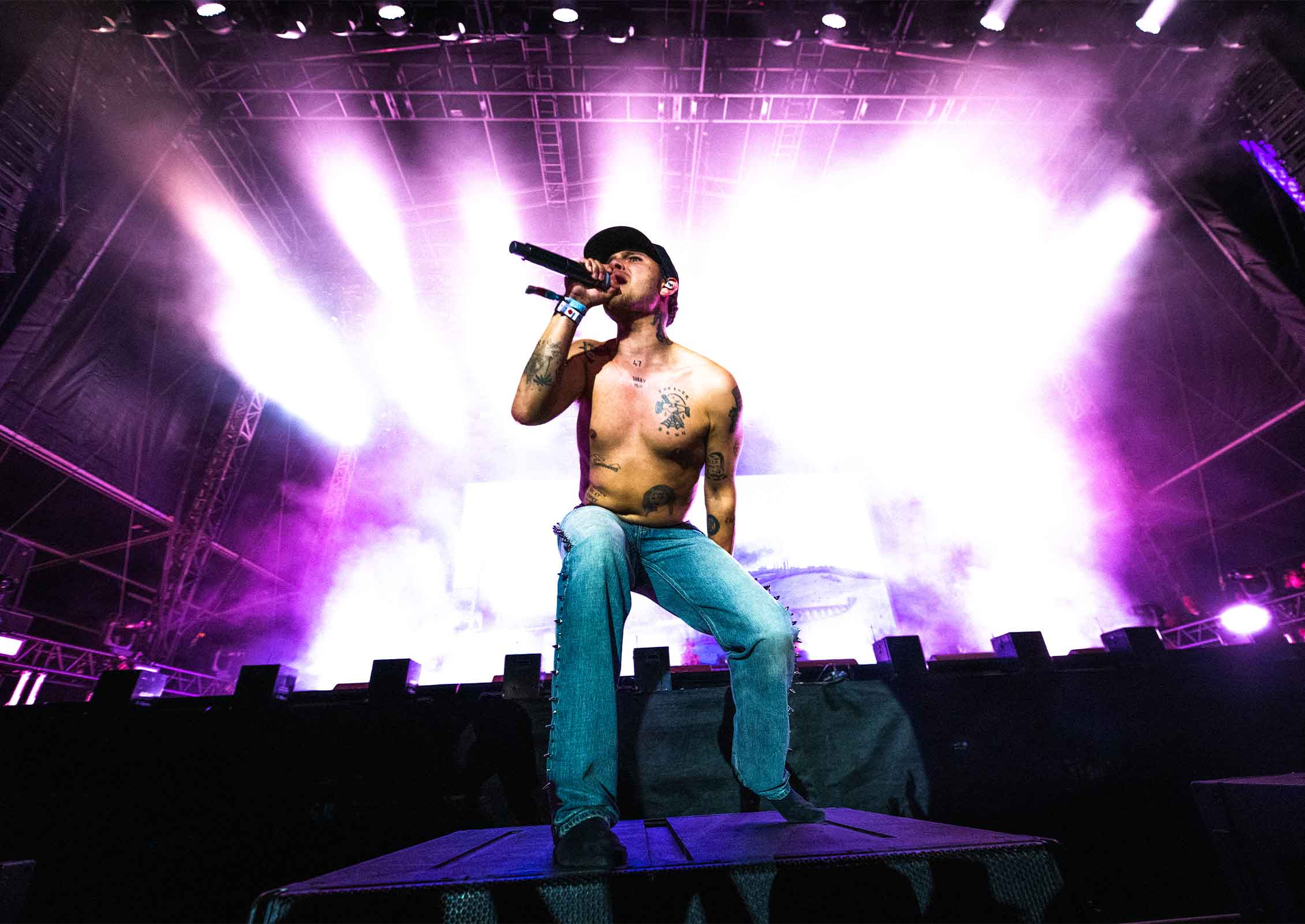 Finally, beatmaker and producer, Jamie xx, was the last act to perform, closing out the second day of APE. Bandmate Romy, who took to the North stage earlier in the day, partied in the crowd alongside thousands of festival revellers as everyone sang and danced along to hits “I Know There’s Gonna Be (Good Times)” and “Gosh” from his 2015 album ‘In Color’, as well as rave-ready “Idontknow” from 2020.

An incredible two days of All Points East. We can’t wait for next year already. Bring it on! 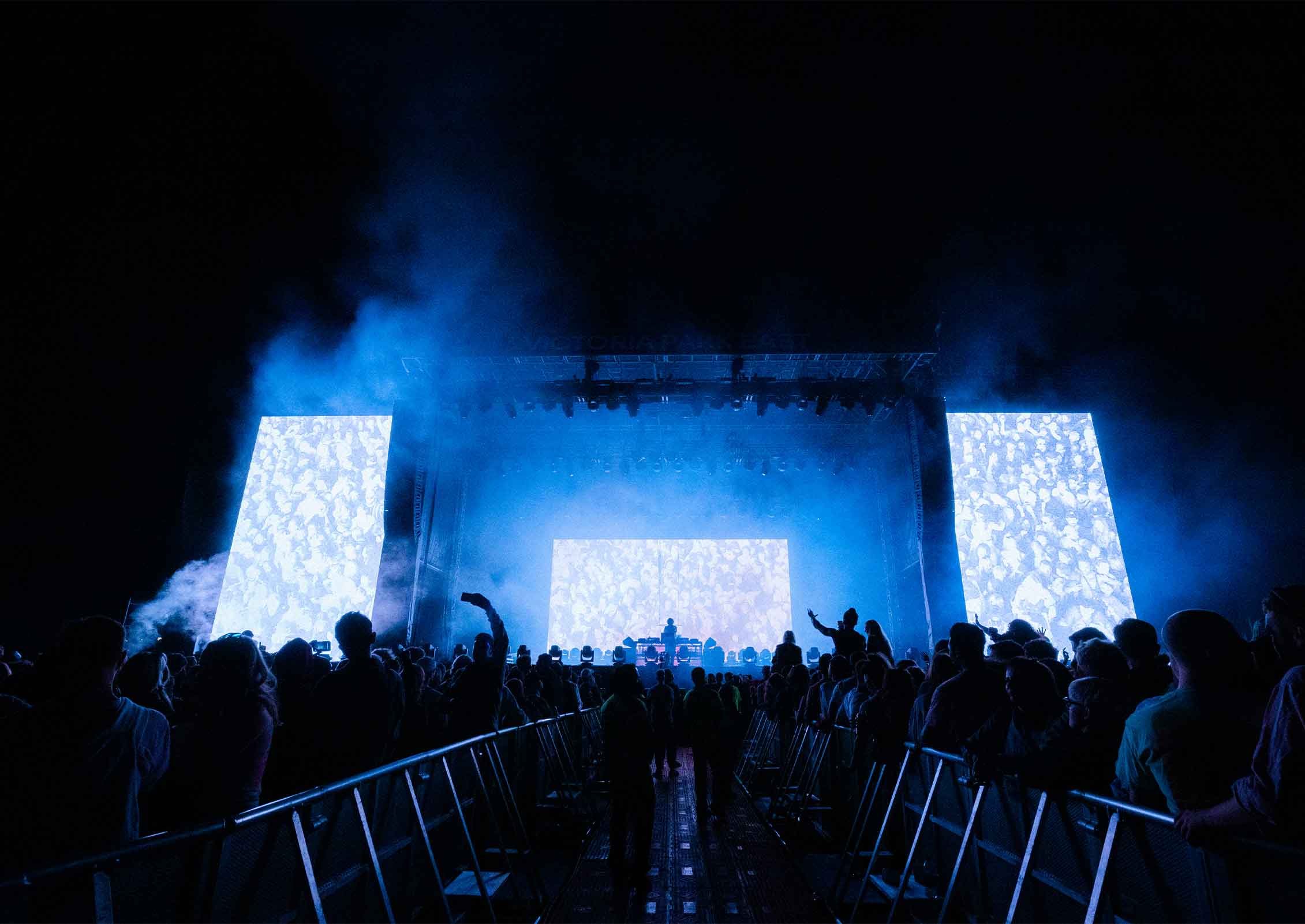 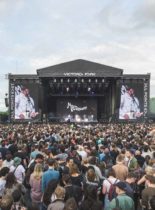 All Points East is back this August bank holiday weekend. Jamie xx and Kano headline, with Tom Misch, slowthai, Arlo Parks, Little Simz, Pa Salieu and more on the bill. 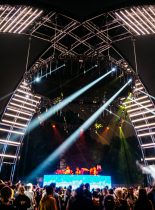