“And You’re Mine” by O Future

LA-based electronic duo, O Future, share the weird and wonderful music video for their recent track "And You're Mine".

From sold-out shows around LA to reaching number 1 and 2 on the Hypemachine chart with their singles “Smell You” and “Telephone” in 2019, they have also collaborated with the artist Ai Weiwei and The Concert Master of the Royal Danish Opera worked. They also make film scores, so safe to say, these are two very musically talented people.

The music video might best be described as a voyeuristic expedition into someone else’s acid trip. Give it a watch below and you’ll see what we mean. 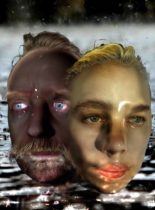