Are You Faux Real?

We caught up with Franco-American brothers Elliott and Virgile Arndt AKA Faux Real who dissect the fact that everything is made up, how their star sign is 'Gaint Bat' and the creation of their musical seesaw!

Faux Real self-describe their sound as “Faux Real is the musical seesaw. The yin-yang yeehaw. The flamboyant flaw. The avant-garde mardi grass. The up-beat chainsaw. The anti-rock outlaw. The catch-phraseria. Free Freak Gumbo Yaya. Rude crude and raw. Crow caw and claw. Bear growl and paw.” To be honest, we couldn’t have put it better ourselves.

The Arndt brothers have successfully captured the underground scene with their idiosyncratic visual universe along with their pioneering soundscape that is equal-parts nostalgic as it is something entirely new. Think of the 1980s Romantic era that was set in Blade Runner filmed in 2020 and that’s kinda what Faux Real is doing.

The brothers joined forces together after realising that literally everything is made up, and they’re not exactly wrong, so they decided to make their own stuff up and it’s working! Becoming cult-classics, Faux Real is onto something brilliant. The creations and sounds they come up with are born from their magical minds, and if you don’t get it, then just enjoy it. Somethings aren’t that deep.

With a unique narrative on modern pop culture, Faux Real, or Faux Realism, can be described as a witty commentary on society that is born in a melting pot of post-punk, glam rock, and contemporary R&B. They certainly have the chops to match their ambitious and otherworldly Faux Realism bodies.

Both surprisingly and unsurprisingly, Faux Real gave us one of the best interviews that I guess can’t really be described – dig into it below and sign yourself up to Faux Realism. 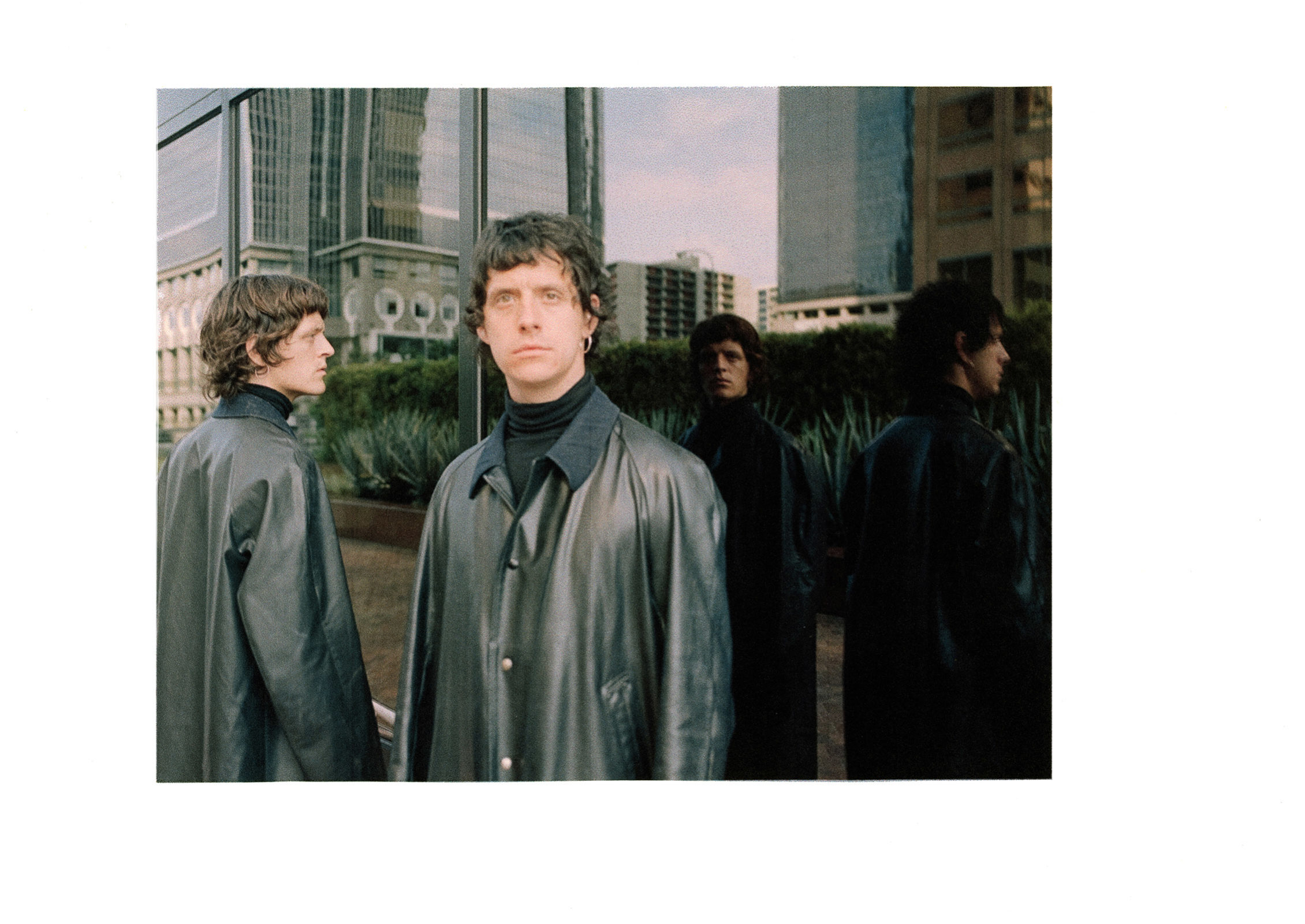 How have you both been doing during all of this craziness?

We’ve been doing great. Virgile learnt how to speak Farsi and Elliott wrote a rock opera. As a result, we’re working on a Persian Rock Opera™️. But also writing poetry, learning pottery, and winning the lottery.

What are your tips on staying positive/creative when times are tough?

We believe that staying positive and creative is in no way mandatory. Be creative or destructive, be positive or negative, whatever helps. Delete your to-do list, start some brand new work, decide it’s your finest yet before getting anywhere with it, boast about it to your relatives, then when they ask to see / hear / smell it – burn it before their eyes. When in doubt, never fear! Remember time is a flat circle, human life is non-essential, and the universe in all its vastness is ruled by chaos. Then, make yourself a cup of tea.

How would you best describe your sound?

Faux Real is the musical seesaw 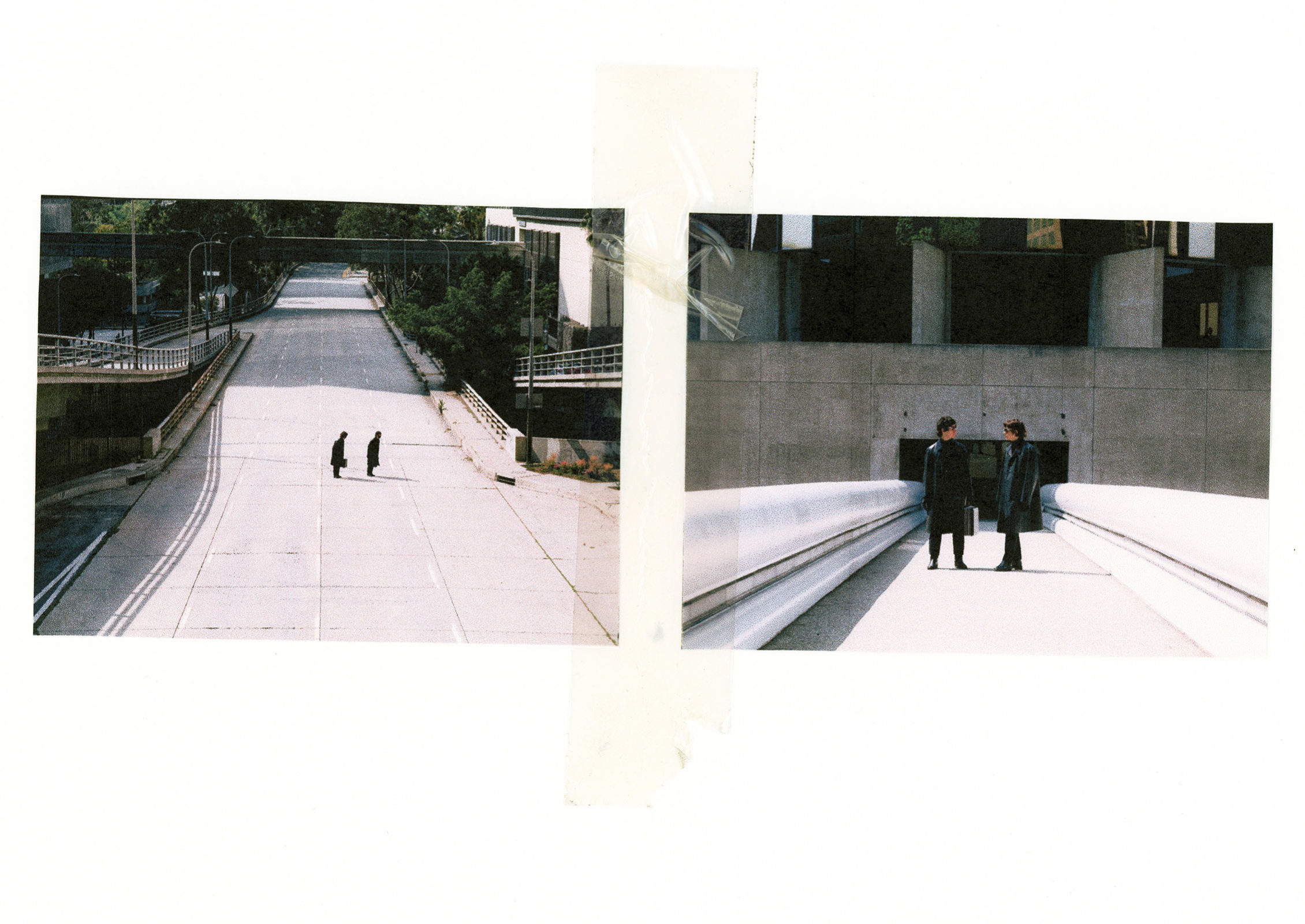 What inspired you to begin your journey as creatives?

That journey started with the realisation that everything is made-up. As a result, we decided to make up our own things, much like everyone else. We later came to understand that humanity itself was completely made up – from scratch! For instance, every time anyone speaks, they make up a sentence on the spot. Food, music, languages, religion, social conventions, jokes, government, names, buildings, art, stories, standing up, sitting down. It is all invented. So we thought we’d give it a go.

What are some of your first musical memories?

When we were very young, we went to see a Peplum theater piece where Cleopatra bathed in milk. There were chaotic Vespa jousting tournaments too, and eventually, a piano was catapulted high into the sky and came crashing down in the middle of this large plaza. We insisted on taking the shattered skeleton of the piano back home with us. It lived with us for many years. We used to get right up close to this large splintered structure and get some sounds out of it. That piano has influenced the way we think about music.

What energy do you want to portray within your work?

The energy of a digital Geyser – steaming hot jets of binary love coming from the depths of the earth. An eruption of algorithmic lava springing from our very cores. We want to portray a cool, young energy. Certainly, something with extra pockets down the side of the legs and a mean backhand serve. An energy that screams “FOUR MINUTES THIRTY-THREE SECONDS” and can blaze through a hundred decimals of Pi. An energy that can leap far, crawl deep and beep beep. We want to portray like Elmyr De Hory and tour all around this flat earth of ours. We want to laugh at ourselves until it becomes a song. We want to be Le Corbusier’s jesters and perform psychic surgery on the Spotify executives. 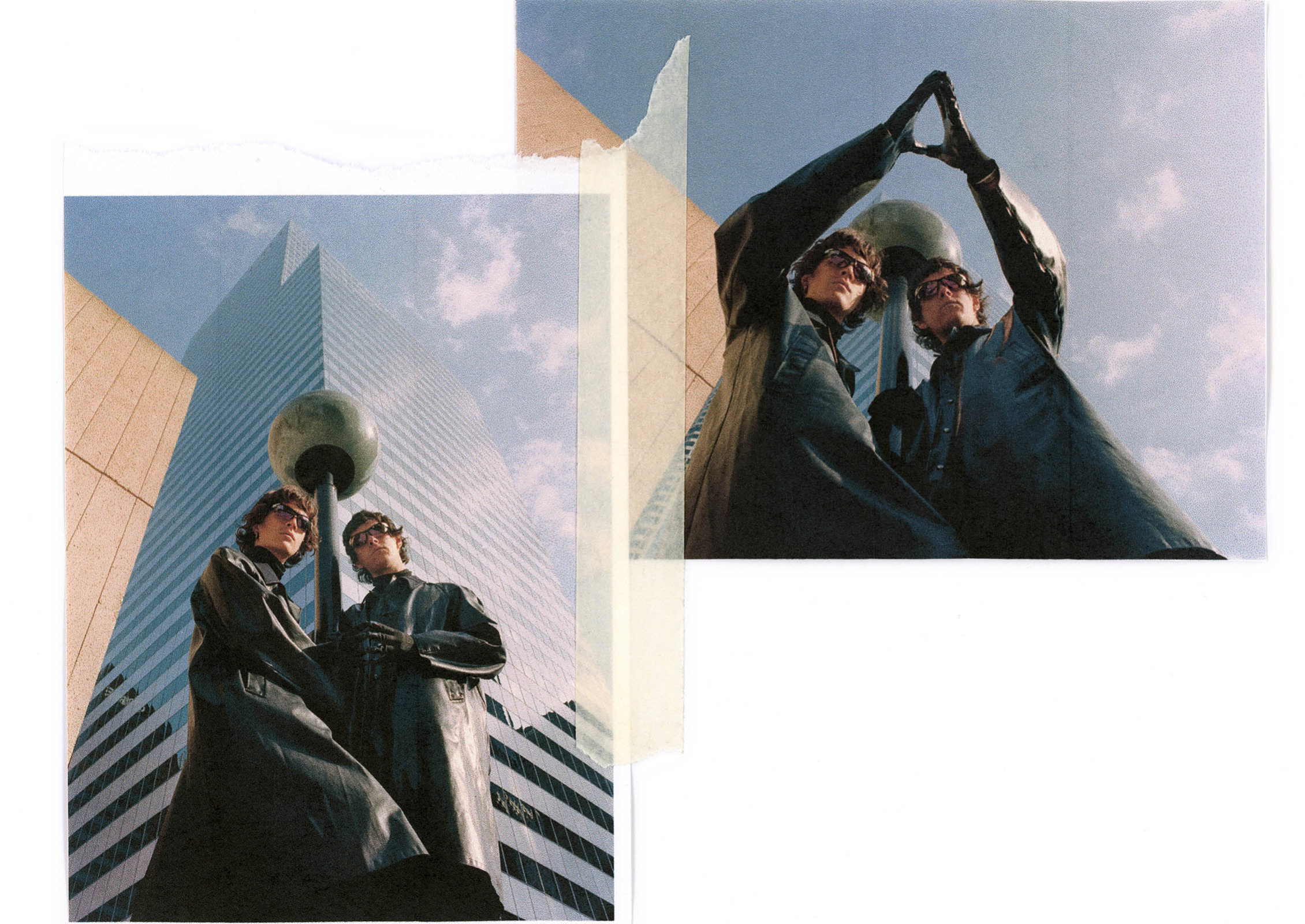 As a child, Virgile learnt about star signs and was appalled when he discovered his. One day, he declared, in tears, that his sign was now Giant Bat. Since then we have both been Giant Bats – and we are very much like our star sign. We feed at night, live in dimly lit caves, communicate through ultrasound, and move in unpredictable directions. Except we are much larger than normal bats – hence the “giant” bit.

Like a closed-circuit soap opera where accidents have lasting effects and bad taste rules supreme. Like a sous-chef, fork in the wall, throbbing to the voltage of the mains. Like an infinity mirror which Henry Rollins keeps breaking and we keep mending. Like four eels arranged in circular fashion, each biting their neighbour’s tail and making a slippery mating dance.

When was the last time you both cried?

Yesterday, due to a combination of allergies and a Blade Runner re-watch. The allergies prove we are human, but our movie taste clearly positions us as skin jobs. The tears were vast, salty and turbulent. Much like the sea of opportunities lying before us all. Is it coincidental that Rutger Hauer’s passing took place the same year as the events depicted in the film? Was he perhaps not acting, so much as existing? Was Vangelis’ score the de facto framework for the distinctly human emotional response elicited by this movie? What was the question again?