Fresh off her Grammy win, this year looks set to bring more achievements for chart-topping-sweetheart Billie Eilish. Her latest project is a collaboration with Nike that includes the release of her own AF 1 High “Mushroom”, alongside loungewear pieces such as a fleece hoodie, T-shirt and fleece sweatpants in tan colourways.

The newly released campaign video sees Billie wearing her full collection get-up, alongside which the singer discussed: “In this collection, I wanted to respect the originals while making them my own.” She explained in the press release, “The challenge and opportunity with this collection was to respect the originals, but make them my own […] It was also important for me to mix in environmentally preferred materials where we could and present them in a way that felt fresh.”

The AF 1 High “Mushroom” trainers are monochromatic tan, with five chunky mid-foot straps alongside Eilish’s ‘Bloshsh’ logo and cork insoles that inscribe the the message: “It’s hard to stop it once it starts.”

The Billie Eilish x Nike Air Force 1 High “Mushroom” and apparel range will be available on April 24 via the singer’s website. Nike SNKRS will receive a later launch on April 25. 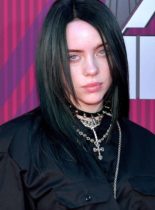 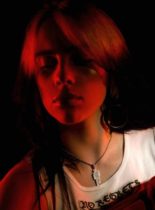