The first thing you notice about Cosha is her presence — the Irish songwriter and vocalist can fill a room with sincerity alone.

Featuring pre-released singles including the silky smooth “No Kink in the Wire” and celestial “Berlin Air”, this July the artist is casting an enchantment with her debut album, Mt. Pleasant. Returning with her first project since 2018’s R.I.P Bonzai — a graduation from her former moniker — Mt. Pleasant forms a phenomenal body of work that strikes the perfect balance: keep it grounded but make it sexy.

Stringing an array of high-profile indie and alt R&B producers to her bow, namely Emile Haynie, Koreless, Rostam and long-time collaborator Mura Masa, Cosha throws a spanner into the works of genre, fixing her gaze on sentiment instead. 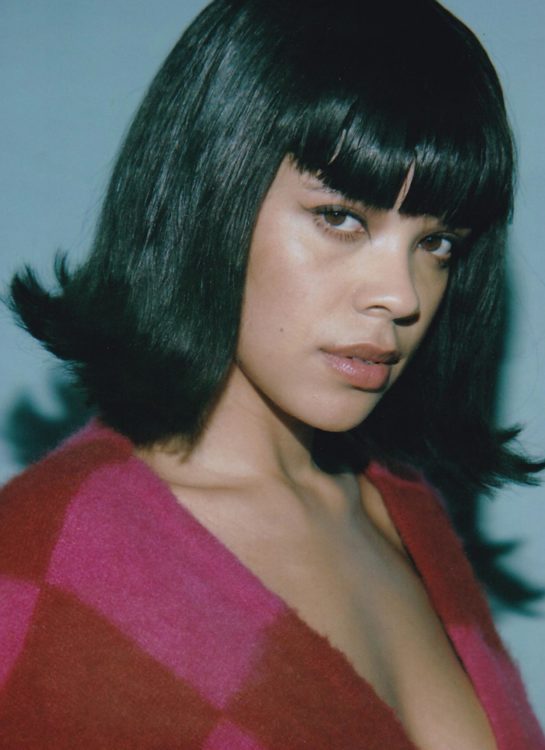 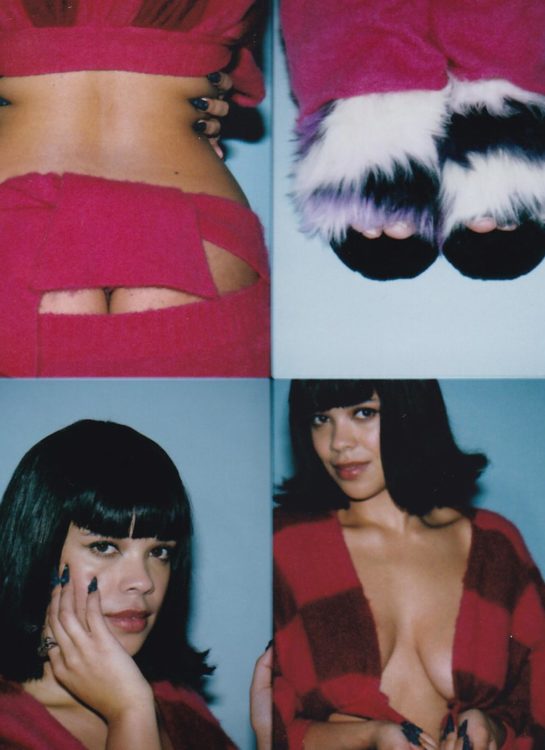 It took multisensory experiences of samba in Brazil — up close and personal — to rekindle the passion that had been slipping between the artist’s fingers. Where the sounds of baile funk spill out of ram-packed warehouses into narrow streets, not feeling a sense of movement would be impossible. But what struck Cosha was the Brazilians’ respect for music.

“In the Western world, you fall into the machine and capitalism of it. It’s just ‘We want more; we want it now; we need to hit this target’,” she dismisses. Naturally, navigating the music industry’s constant demand for results is “stressful” and has often proven “detrimental” to artists and their artistry.

Thankfully, Brazil’s raw energy saw Cosha rediscover her free spirit, finding comfort among strangers at a traditional music festival in Sana — an area with no service, up in the mountains, three hours away from Rio’s centre. “I didn’t have anything with me. It was just me and the goodwill of someone to let me sleep in their tent and share a sleeping bag,” she recalls. The trip reminded her to ask herself a vital question: “Does [the music] make you feel good?”

Growing up, she never stayed in one place, but Dublin feels like home. “I didn’t know what I was going to call the album until Christmas morning. Me and my brother were outside our mum’s house having a little Christmas joint; I looked up and saw that one of the houses across the road, in the arch above the door, said ‘Mount Pleasant’ — and that was it,” Cosha says. 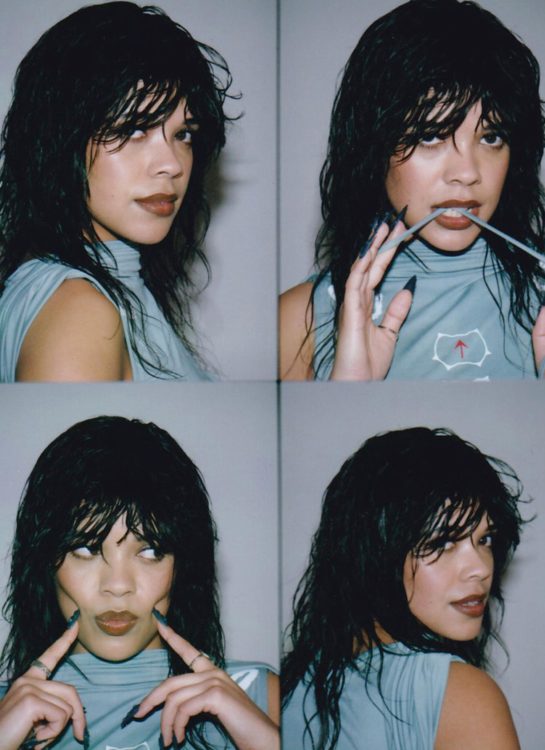 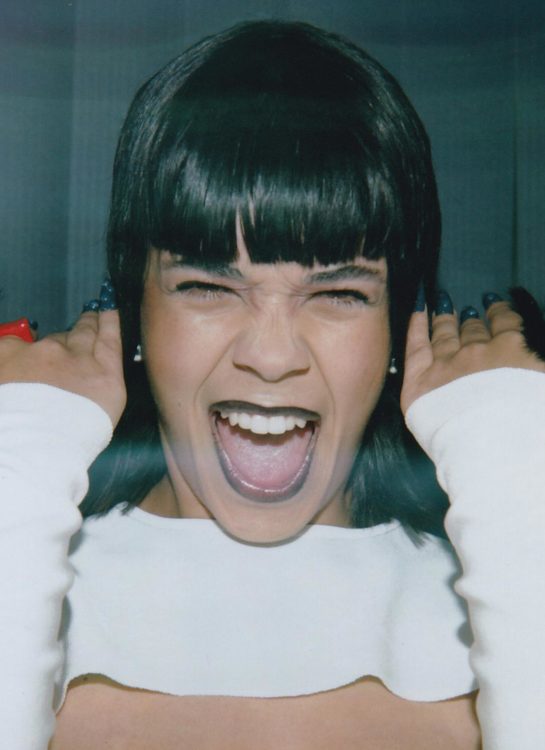 On tour this pattern of moving persisted, but she always found that music settled her in new spaces, especially when alone. With Mt. Pleasant, Cosha is providing comfort and keeping the introverts company. The tenderness of her vocals on tracks like “Bad Luck” and “Tighter” is enough to wrap a blanket of reassurance around anyone — so needed at this time when certainty is so scarce.

The “seeds” of the album were sown in LA, the fantasy land that Cosha describes as a breeding ground for creative energy, starkly contrasting “back to reality” London where the project was finished. Still, the album captures the essence of both cities. “There’s a sense of airiness, but there’s also a melancholic line driving through it all. It’s never happy-happy and it’s not sad, but realistic.”

It was in LA that Cosha crossed paths with Rostam. “The way that he would structure the music when I was writing made it so effortless,” she reflects. But make no mistake, the seasoned producer refused to let a single line that wasn’t up to scratch slide, pushing her to dig deeper. “It’s the same with Mura Masa, but he’s maybe a bit politer,” laughs Cosha, who’s a fan of the American bluntness. 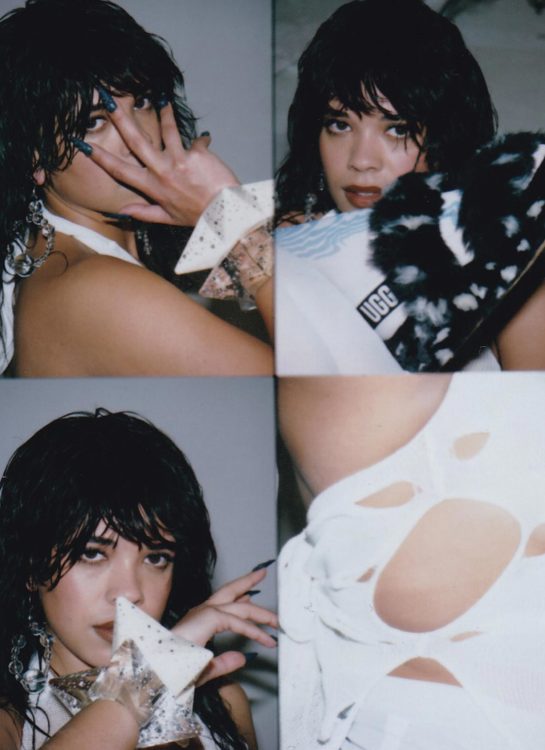 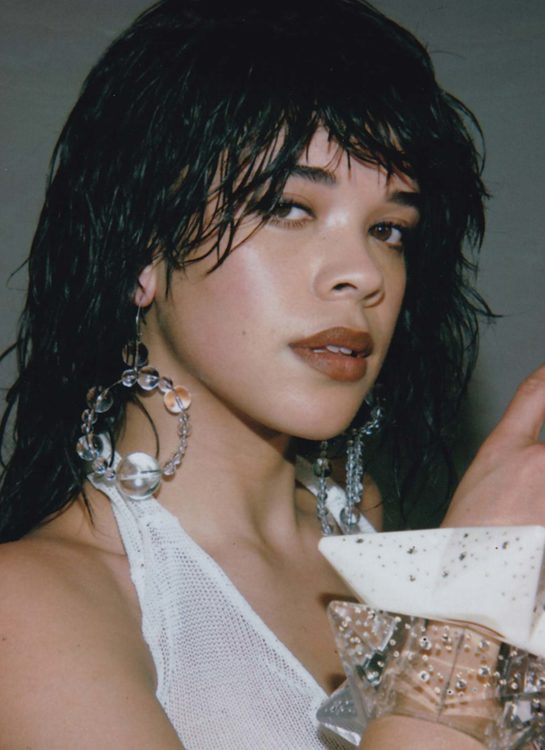 Rostam’s direct approach crafted “Run The Track”, starting with the baseline of a remix that never happened, stripping everything apart. In Cosha’s world, making music involves solving puzzles. When she’s not writing lyrics on the fly — literally on planes and in taxis — she freestyles over beats for hours on end, stitching them together. “They’re the most fun ones when you can’t remember, they’re probably the most special,” she insists.

Whether she recalls songwriting sessions or not, her brilliance shines through on “Run The Track”. Drawing out the syllables in paranoia, Cosha renders a condition usually marked by discomfort somehow unoppressive. She even structured this equilibrium into the entire tracklist, balancing steamy “Tighter” and “Hot Tub” against unconditional love in “Berlin Air”, with its melodies unburdened by romantic impurities.

Deciding to shoot the video a week prior, Cosha summoned a miracle. Despite the schedule curtailed by the winter’s dwindling sunlight, the artist directed and choreographed stunning visuals. The words ‘shame is self inflicting punishment’, printed on Cosha’s Di Petsa dress, come into focus in the opening shots. “I love how their stuff worships the female form, and just women in general,” she tells me. 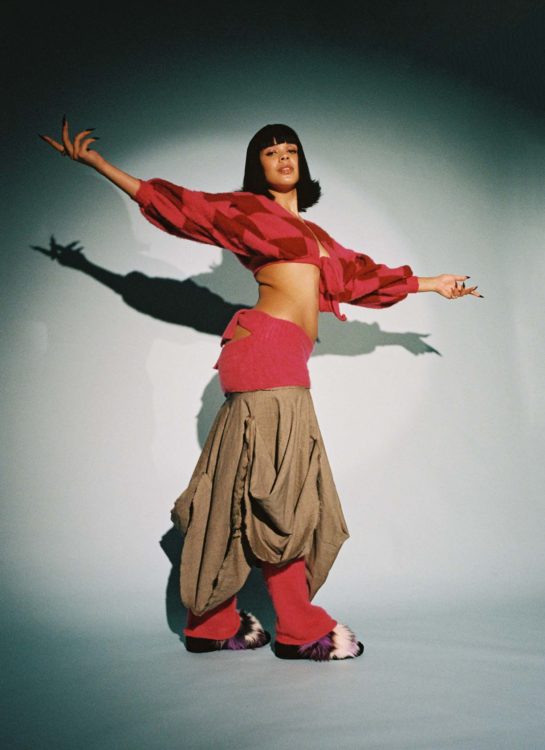 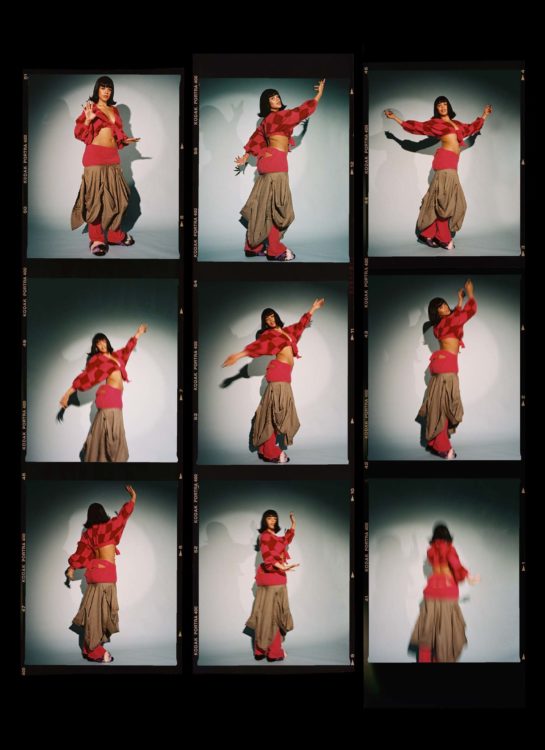 “Berlin Air” oversees motherhood and sisterly bonds, with one of her closest friends, Cedellah Hall, adorned by her baby bump. “I was there the night the girl in [the video] was born. The three of us spent the night together in the hospital. That’s my family,” Cosha says. Among free expression and new beginnings, the divinity of womanhood rises to the fore. “Women are goddesses. We are the finest creatures on the planet,” she adds with a beaming
grin.

Amongst the many influences of her friends and collaborators, British rapper, DJ and singer-songwriter Shygirl inspired a shift in Cosha’s outlook last year too. With tours on hold, she finally took the time to relax. “In the crevices between lockdown, I probably made the most friends I ever have, and Shygirl was quite an unexpected  treat,” she says fondly. Featuring Shygirl’s playful hook and verses, “Lapdance from Asia” extends the theme of womanhood with animated visuals that toy with perspective.

By intention, Mt. Pleasant is void of the male gaze. “It’s not for anyone else except myself. I want to feel empowered and strong in my body. I wanted to get that idea across finding ways to move, showing the skin or from my stance,” Cosha explains. Harnessing the kind of delicacy that can only be traced to mother nature, she has woven a nest in which listeners can feel a sense of home with her latest album too. Having re-established her roots, Mt. Pleasant is an emblem of spring and the artist’s very own blossoming. Now in full bloom, Cosha promises to package summer into her next project.