“Don’t Be Lazy” by Emotional Oranges

Enigmatic pop group "Emotional Oranges" are back with a sultry R&B track "Don't Be Lazy", a slice of their highly anticipated second album, "The Juice Vol 2".

As mysterious as they are talented, LA-based pop collective Emotional Oranges are bringing the bops once again with smooth summer track, “Don’t Be Lazy”.

Allegedly formed “when Adele’s vocal coach and Drake’s engineer met at a bat mitzvah”, Emotional Oranges have rapidly gained a cult-like following on social media with their thirst-quenching brand of soul groove, mixing R&B and pop. Their first Ep “The Juice Vol 1” garnered the support from NME, BBC, and Fader, and saw the likes of Michelle Obama and Guy Fieri express their love for the group.

With more than 12 million streams under their belt from their debut singles alone, Emotional Oranges have juicy expectations to live up to with their second volume.  The new single, “Don’t be lazy”, more than equals the hype, a beautifully moody R&B track which mixes harmonising vocals with funky bass to create a sound that is sultry, retro and futuristic all at the same time.

The first single from the upcoming project, the release of “Don’t be lazy” comes alongside the announcement of a global tour, which will come first to London’s own Heaven nightclub and then head to Tokyo, New York, LA and across Europe. Everybody wants a slice of the Emotional Oranges and if this is a taste of what’s coming from “The Juice Vol 2”, we can’t wait. Sink your teeth into the exclusive release of “Don’t Be Lazy” below. 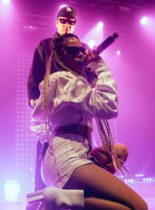 A Day In The Life With Emotional Oranges 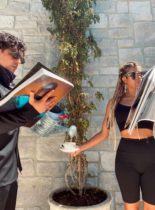 In a bizarre and humorous photo series, find out what Emotional Oranges get up to during a day in their life. 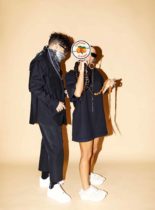