Straight out of LA's South Coast, American rapper, songwriter and graphic designer Duckwrth is fusing genre-bending sounds as a creative outlet, encouraging all men to express themselves emotionally.

The universal desire to craft a sanctuary within yourself is never a linear process that climaxes at a finish line or a destination of happiness. Many philosophers and poets have famously spoken about the fact that it is the journey of learning the soul’s needs and wants that is the vocational part, not the final outcome if there even is one. Duckwrth is an artist akin to those past thinkers and dreamers embarking on this journey of discovery through his lyrical visions and amalgamation of sounds.

Duckwrth’s creative energy and ability to fluctuate between jazz, hip-hop, funk, electronic, soul, trap and punk with a Midas touch have garnered a burning momentum behind the artist. However, it’s his holistic vision that harmoniously ties his poetic lyrics and beats into a triple threat. The latest project born out of Duckwrth’s mind is entitled ‘The Falling Man’ – a story juxtaposing the rise and fall of an artist to a king. It’s appropriate that it’s a typical rainy day in London to have a chat with Duckwrth. He takes my call in Los Angeles where I expect him to be basking in the rays, using the Sun’s energy to recharge his creative batteries. However, it’s a different story when Duckwrth tells me he has been “locked away in the studio, designing merchandise” and he doesn’t even know what the weather outside is presenting. 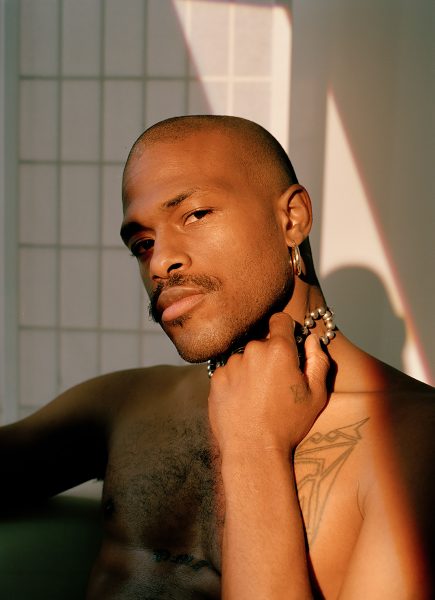 It’s already clear that Duckwrth is an artist in the truest sense – he doesn’t channel all of his energies into one medium, it transcends and expands into different forms varying from prose, production, and graphic design. With that, inspiration can come from the most mundane or overlooked things in life. Before ‘The Falling Man’ took its final form, Duckwrth tells me his initial idea came from “a cutout of myself falling around LA and New York”, and that the title ‘The Falling Man’ had a ring to it “like an old movie, and from there it developed into making something that could sound like a movie”.

A narrative that Duckwrth continues to explore within his works is the ability to allow yourself to be vulnerable – and the strength that it takes to have power within your sensitivity. Thematically, this is often not explored enough within the hip-hop industry, however, Duckwrth believes “that narrative is definitely changing” and that it’s always been harder “being a black male in this industry and allowing yourself to express that sensitivity, but it’s cool to see it change”. Duckwrth’s already impressive roster of work with his debut album ‘I’m Uugly’ back in 2016 has contributed to being a catalyst in this change. A year later, the lyricist released ‘An XTRA Uugly Mixtape’ which explored Duckwrth’s ability to blend genre’s together with ease into a refreshing sound and world that Duckwrth was creating for himself. 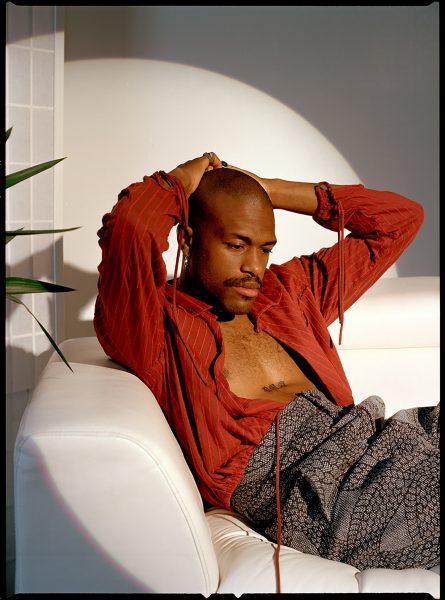 After finishing the European leg of his tour, Duckwrth tells me that the visual worlds came together “when I was in an antique store in LA, and I came across this book of art from Vienna, and it started from there”. Duckwrth and his creative tribe started “to develop and remake the pieces” for ‘The Falling Man’ short film.

“The Falling Man deals with love issues, commitment issues, the fear of always falling through life,” Duckwrth explains. “I have a fear of death, so I guess this was my way of trying to deal with these internal feelings,” Duckwrth tells me before the conversation shifts into the need to “take a day off, and not be scared to do it.” It’s clear that Duckwrth has sat with these humane fears and grown from them by understanding that “the world will still continue if you take a day off”. Exploring vulnerability, expressing strength in your sensitivity, and this message of letting yourself recharge and rest so that you can be stronger in future days isn’t going to make your world crash and burn. 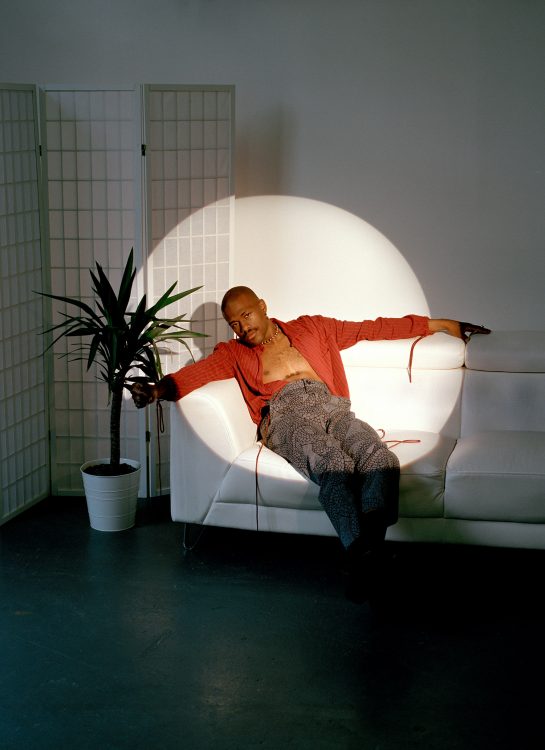 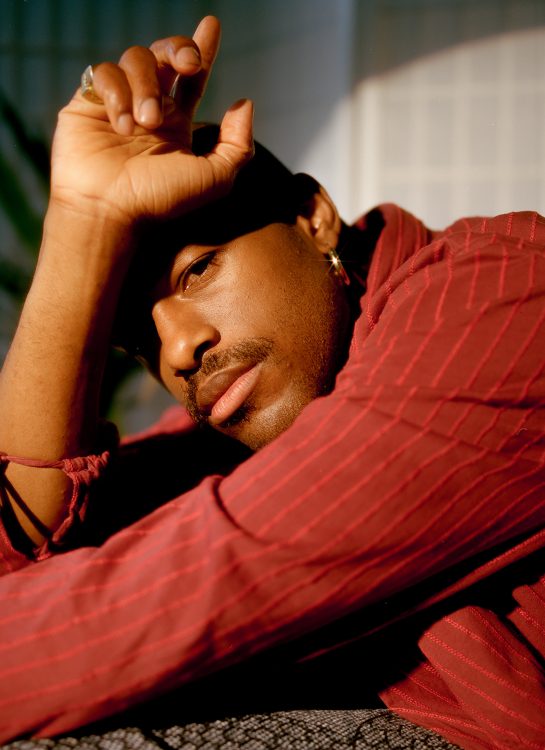 I’m myself inspired by this conversation turning away from my own devils to allow myself to rest, but mostly I’m still yearning to know more about Duckwrth’s creative world. On ‘The Falling Man’, Duckwrth collaborated with the likes of Rico Nasty, Terrace Martin, Allan Kingdom, Medasin, Kiana Ledé, Mr. Carmack and NoMBe. “It was interesting to see how these artists interpreted my words and vision,” Duckwrth tells me stating that it’s always important to have freedom without restraints in creating. 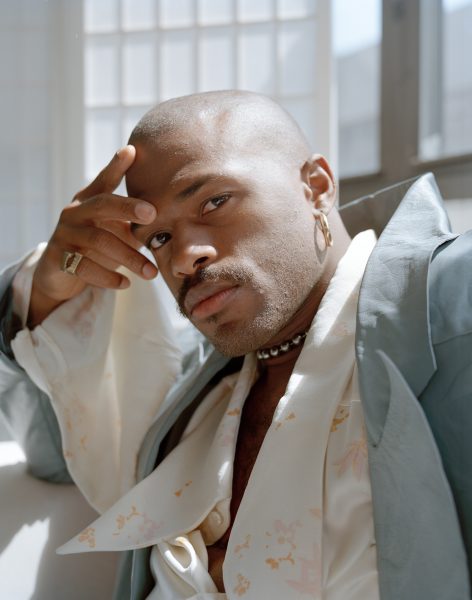 Having a lot on his plate, I don’t want to keep Duckwrth for much longer. With a new album on the horizon, merchandise to create and deeply conceptual visual worlds to birth Duckwrth tells me to expect a continuation of the worlds he has created surrounded by the themes of power, loss, love, hedonism, and vulnerability. Oh, and “a lot more exciting collaborations”. 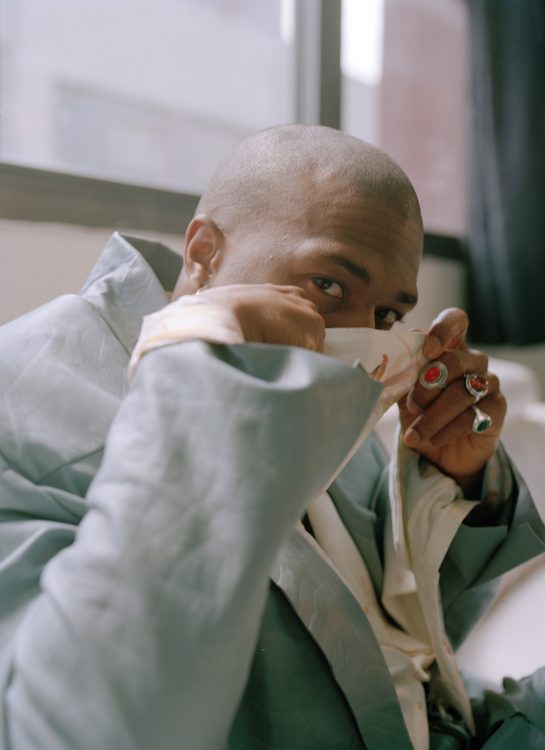 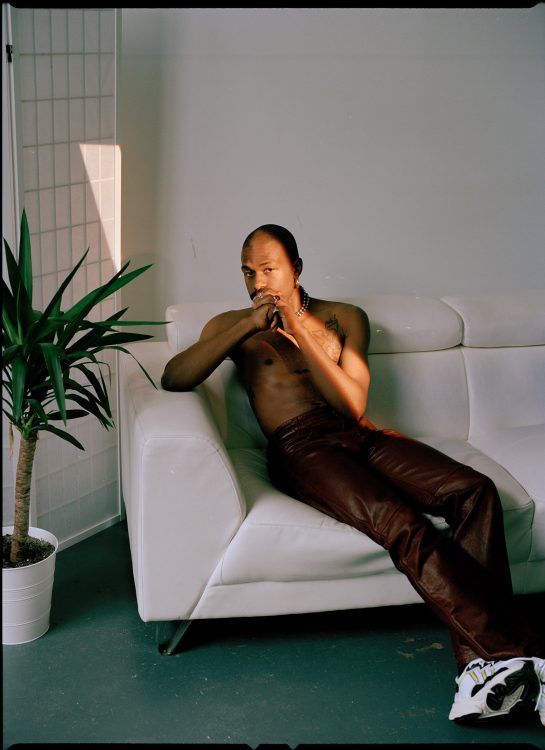