Dylan Fraser is here and on the pulse, producing eclectic music as unapologetic as a face tattoo.

Dropping out of school and starting his own business to gather money for studio sessions, Dylan Fraser, fittingly, has grit in his blood. Since entering the industry, the 18-year-old released a stream of moody cross-genre covers before dropping his hypnotic and gritty new singles.

Born and bred in Bathgate, Scotland, Fraser’s soft voice often captures a need for escape – the very thing which his immersive and spellbinding beats can offer to listeners. First, to be released, “Vipers” offers a moody funk of heavy beats and a want for clarity, capturing a stretch of uncertainty on the bumpy and unforgiving road into music. Self-directed, the music videos creates a sense of isolation, disorientation and disillusion, illustrating the duplicitous heart both of the industry and wider world.

Fraser’s second single, “Face Tattoo”, dropped this week, delivers heavier yet slower, more careful beats and murky visuals. “This song is about not giving a fuck and doing what you want -” Fraser says, “to not do what others expect you to do.”

Transgression, introspection and restrained tensions run so far as a consistent theme in Fraser’s sound, all delivered through a sound hard to pin down in genre. This acts as a reflection of Fraser’s eclectic influences: Radiohead, Kanye and Lorde, amongst others. Whilst Fraser is crafting an undeniably personal sound, on reflection of style in the meantime, he tells us, “genre is dead for a lot of artists”.

In a traction-gaining moment for Dylan Fraser like the no other, we discuss the story behind the young artist’s creative journey and processes: foot on the pedals, eye critically on the world.

What’s been your journey into music?

It’s been a long road of many ups, downs and knockbacks. I’ve always had a love for music and knew that it’s what I wanted to do from really on. I got my first guitar when I was 12 and my mum taught me my first 4 guitar chords. From there, I started playing some local gigs. I left school at 15, went to college for a year and then dropped out; I’d started my own social media company whilst I was in college because I needed a job where I could control my hours and focus on music at the same time. I started, sporadically, coming to London with the money I was making on the side to start doing studio sessions and then it took off from there.

What about your creative influences? Are they the same as the artists you listen to now?

Yeah, I’d say so. My main creative influences are Radiohead, Kanye and Lorde but I listen to so much music, so there’s a bunch of influences.

Your new track, “Face Tattoo”, combines heavy, gripping beats with moody and, at times, very gentle vocals. Can you tell us a bit more about the creation of this track and the inspiration behind it?

I remember the day I wrote this I had been couch surfing with friends in Peckham. I was sitting on my friend’s sofa bed with a guitar figuring out what I was going to take into the studio that day. I’d had the lyric “might just f*ck around and get a face tattoo” in my notes for ages before writing the actual song because I couldn’t figure out what it meant to me. I started messing around with the melody of that lyric and within 5 minutes, I’d written the chorus. I took it into the studio and wrote the rest there. This song is about not giving a f*ck and doing what you want – to not do what others expect you to do. For so many years, I’d let other people tell me how they think my music should sound and what my vision should be and I really hated that. This song is about being close to your breaking point and just saying “f*ck it” and being confident in your own work. 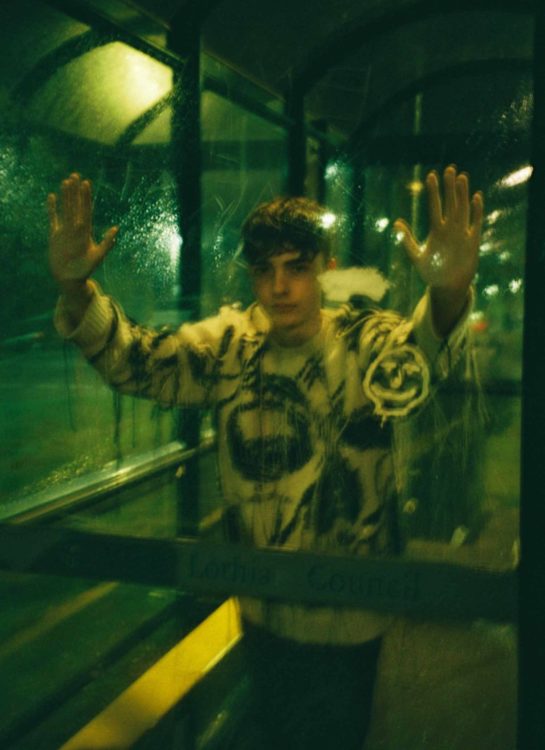 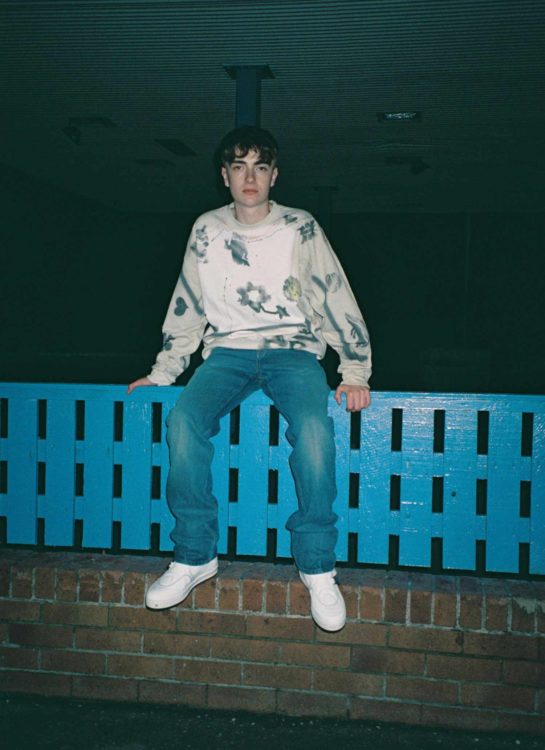 You self-directed the music video your debut track “Vipers”. Do you see yourself continuing to direct your own visuals moving forward?

Definitely. There’s a bunch of directors I’d love to co-direct with, too. I just love visuals. I have all these crazy ideas floating around my head and I just need to get them out somehow. Visuals help me create my own, weird world.

Was there any part of the video process that was particularly memorable?

Yes haha. We shot “Vipers” in a field near my house and it was full of cows that were not happy with us. I was shitting it when we had to walk past them at the end of the day, in the dark.

Having been previously creating music and visuals on your own, how does it feel to hand over some creative responsibility as you grow as an artist?

I don’t think I have and I don’t think I will. It’s important to me that I’m involved as I always want to represent who I am as an artist. I’m pretty involved in every process.

Was there anything that surprised you about the process of releasing a single?

I didn’t realise how long it takes and how much work is involved to just put a song out but I’ve really enjoyed the process.

With your inspiration being so varied, do you see there will be a running style or genre with your upcoming work?

I think genre is dead for a lot of artists. I take inspiration from so many different outlets that I don’t think I could possibly box myself into one style of music. I’m sure over time there will be little things in my music that make it a “Dylan Fraser” song but I love experimenting with sounds too much that I think it will stay pretty varied for the most part.

Comfortably sitting at the beginning of your (record deal) career, where do you see yourself in five/ten years’ time?

Short-term, I’m focused on continuing to make music and grow as an artist. Long-term, I’d love to sell out Madison Square Garden, so fingers crossed.