Picking up the mic aged 12, he was first spotted in 2012 and has since been recognised by Complex, Huck, Gilles Peterson and Idris Elba. Following angst-ridden outings like ‘Lucy’ and ‘Back From the Dead’, Snowy recently accelerated the speed of his output, firing shots in the meantime at the grime scene on ‘REDDIT’ which quickly went viral and grabbed the attention of many, including fans in Special Request and comedian Frankie Boyle.

Snowy has joined forces with fellow Notts luminary Jason Williamson of Sleaford Mods for the new single, ‘EFFED’, produced by Lenkemz. Released via DMY Recordings, the single is driven by a chopped-up motorbike growl, providing the perfect track for Snowy and Williamson to work together to fire off lyrics that take aim at the UK’s political situation, especially the privatisation of the NHS and parliament.

“As ever, the quotables come thick and fast with Snowy” – Complex, easily seen in the official video, shot by longtime collaborator Lock Up Rec and directed by Luke Radford and Toby Curson. Shot in their hometown Nottingham, it portrays a bleak and unflinching city.

Snowy Is Going His Own Way 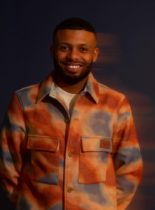 Snowy is back with the release of his latest EP ‘SIRIUS’, and despite the delays caused by the pandemic, this project is right on time.