Up-and-coming rapper, Finn Foxell, tells us his musical firsts - from his first instrument to the first time he performed live.

West London rapper Finn Foxell is one to watch in the UK rap scene.

With a deep, meditative voice, Finn delivers flows covering everything from how he’d spend his last day on Earth on recent single “Make It Count” to discussions of race and class on “Pressure”.

Citing legends such as Giggs, The Streets and Anderson .Paak as some of his biggest influences (as well as weed), Finn Foxell has been making a name for himself slowly but steadily both as a solo artist and as part of the collective Elevation Mediation. Having previously collabed with p-rallel, Lord Apex, Flowzart, Lava La Rue and others, it’s no wonder that Finn has been tipped as one of the hottest new British MCs to watch in 2020.

Best known for his spacey 2017 song “Buddha” and his 2018 eight-track album ‘Stuck In Montion’, just before lockdown Finn headlined a sell-out show at Peckham Audio, and last year performed at the respected Boiler Room festival, as well as opening for acts such as Slowthai, Lava La Rue and The Manor last year. He didn’t let COVID stop him from doing what he loved, though, and performed a smooth-as-velvet livestream for Boiler Room.

With two singles out this year and a forthcoming ‘Talk Is Cheap’ EP set for release very soon, we took a trip down memory lane with Finn Foxell as he told us about his musical firsts. 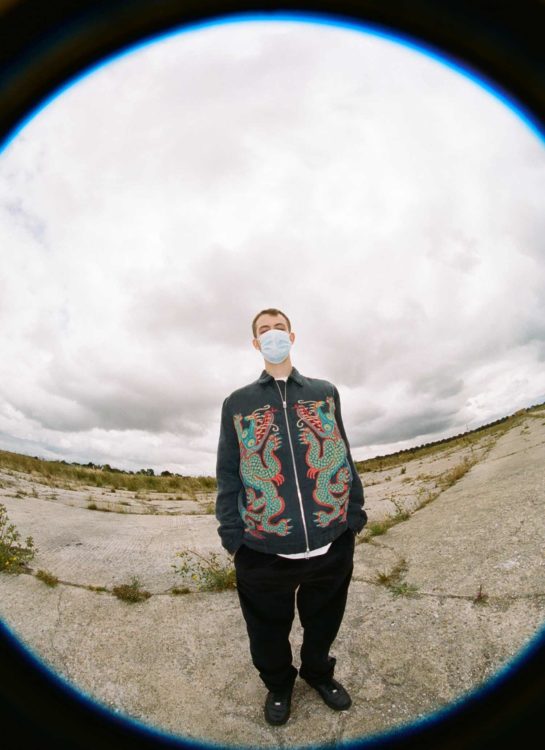 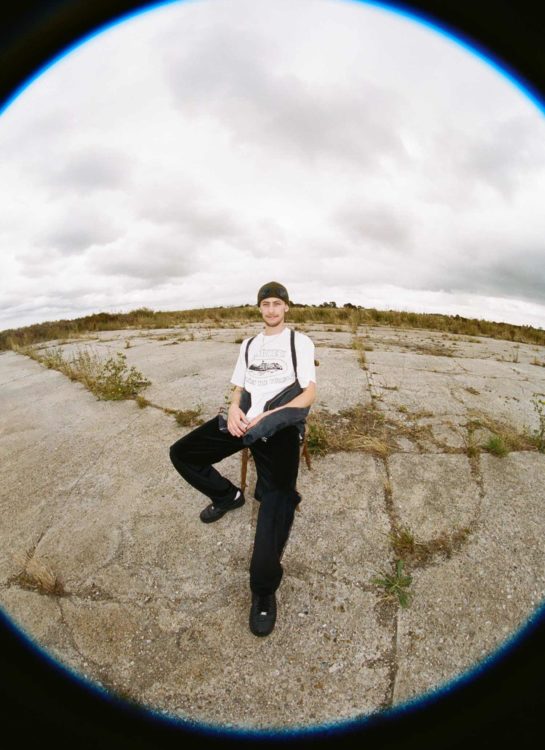 ’15-40’ is the beginning you could say, I made it in p-rallels’ bedroom when we were 15, over a non-licensed Soundcloud beat that we picked out, he told me to pull up as he’d just got hold of a mic. I had some bars I had written on the train not long before and I wrote the second verse straight after the first was recorded. We released it asap on Soundcloud; still up there.

First gig you went to?
One rock kinda gig in Hyde park that my mum and the aunties brought me and their kids to – like nine years old. We saw the Killers live. First time seeing live music to a big crowd, I remember getting so immersed in the energy and the audience.
After that I got to go for my birthday to Devlin’s headline show when I was 12, watching from the upstairs standing area at the Islington O2. That gig instilled so much excitement surrounding UK music for me, he brought out Ghetts & Ed Sheeran and a couple other grime/UK rap vets, proper stuff.
First CD you owned?
The first CDs I was given by my brother and mum. From my mum, I had The Beatles’ greatest hits album, and Bob Marley & the Wailers  – ‘Exodus’. From my brother, I had burnt onto CD, 50 cent’s ‘Hustlers Ambition’, and Tupac’s greatest hits.
The first CD I bought myself was in HMV. Don Strapzy had dropped a mixtape he’d got into stores in physicals. I bought the CD in the Westfield shop – it was one of the first times seeing a UK rap album on the shelf. 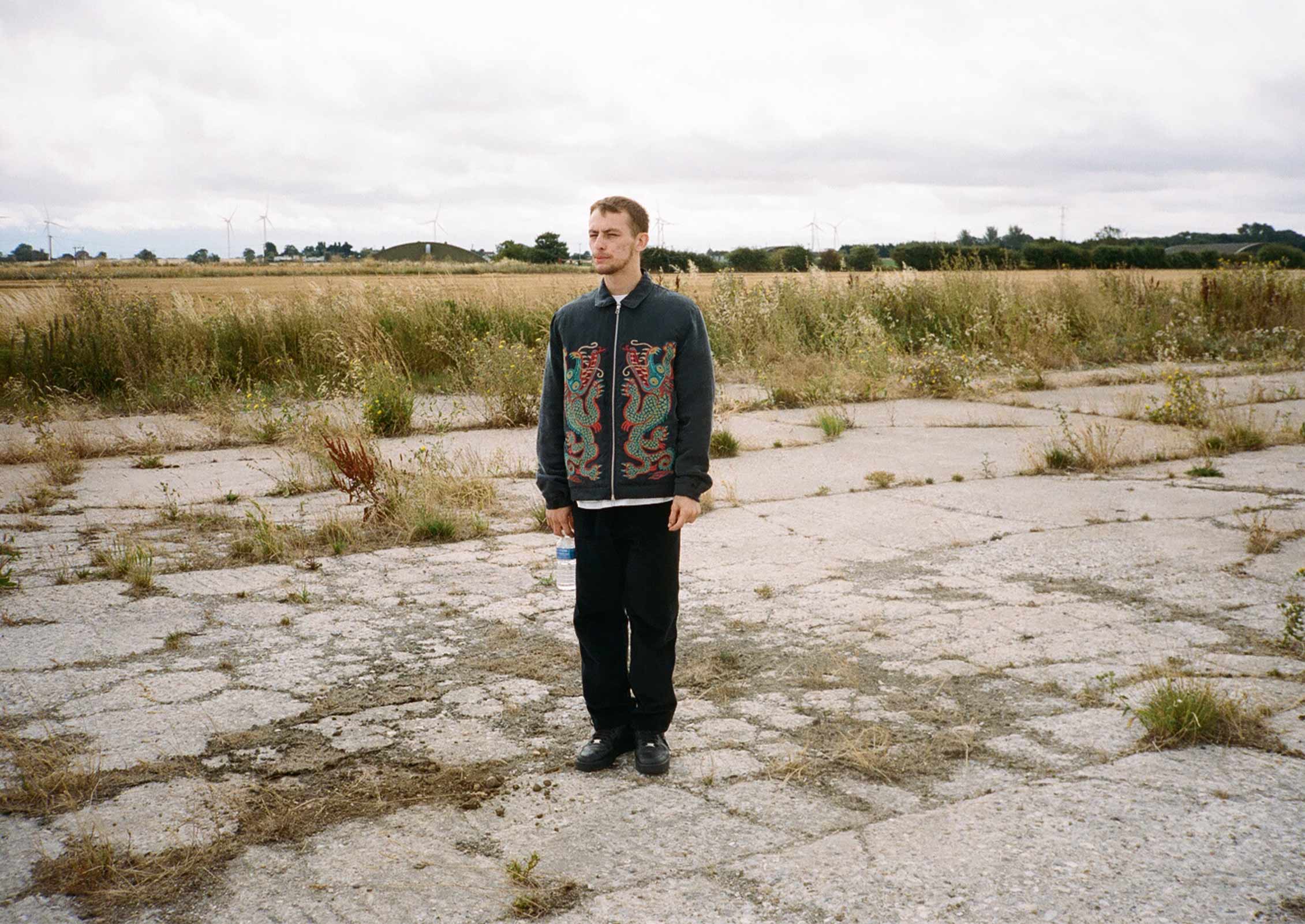 Some of my earliest memories, I remember wanting to write lyrics. When I was six I tried to write some bars with some rude words I didn’t understand. I didn’t like them so I tried to get rid, only for my mum to find them scrunched up behind the sofa. Seeing my brother and Pops both making music and obviously wanting to be like them, it was always in the back of my head as something to explore. In year six I remember plotting on our rap band with the boys. Having people round me like p-rallel, Lord Apex, Louis Culture, Xav and a bunch more good hearts helped put me in a space to take it seriously and drop the distraction. It’s a dream come true for it to be something I can focus my time on with people I grew up with.

Boomtown, it can get messy but the music is the one, I’m that guy to cut a night early

“Buddha” was the first track I released on streaming platforms through a online distributor; that feels like my first single I had put out properly, but the SoundCloud drops that came before that were all key.

The first performance I did was at an IAMNEXT show at Richmix in Shoreditch. It wasn’t actually planned but I had a track I featured on with Ajtheyoungsoul and Flyboykenkz which he wanted to do live. Before the HOP boys did their set, Flyboy brought us out during his. I was shaking beforehand as it was out of nowhere but the adrenaline boomed when I got on the stage and I loved it from then. 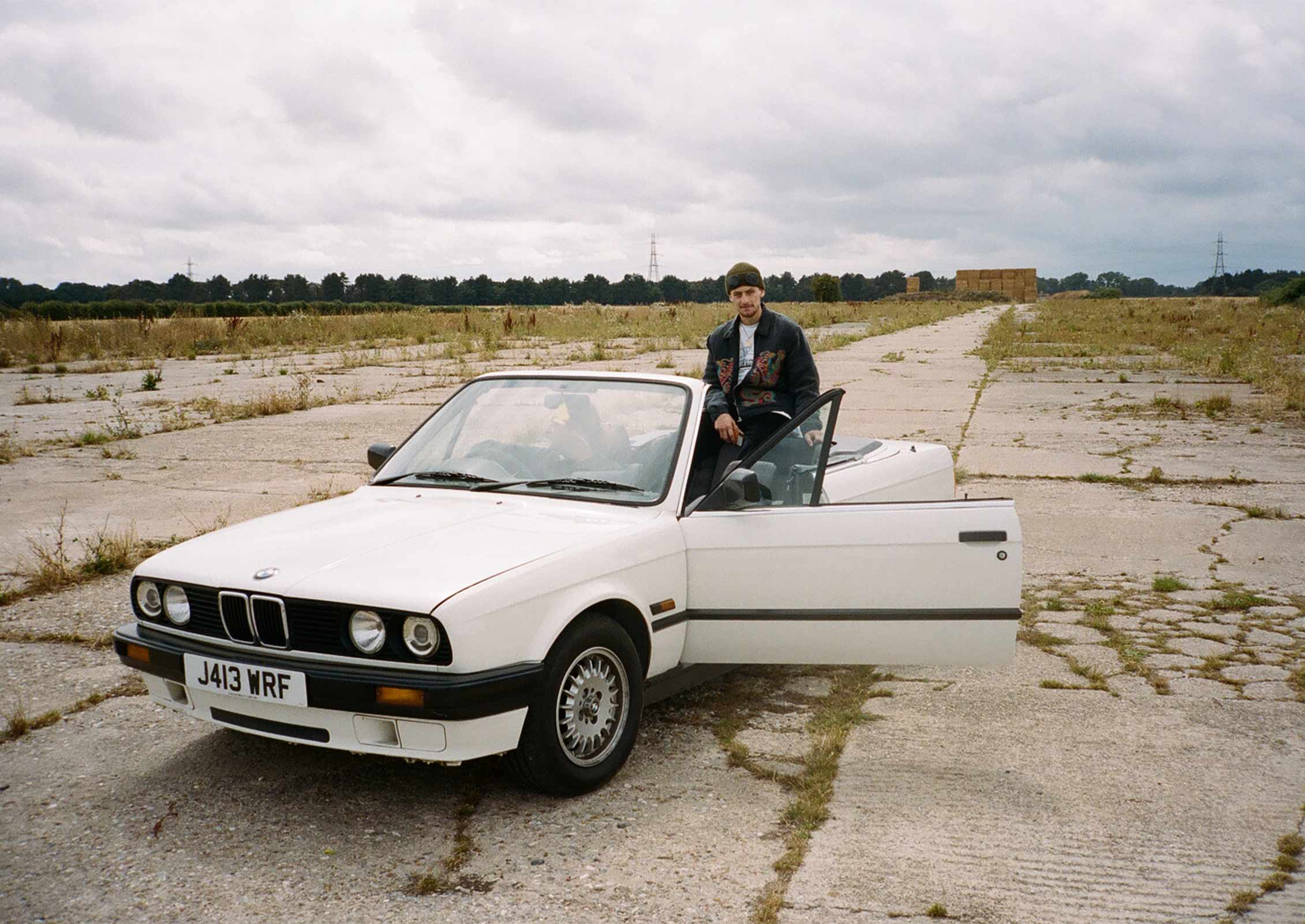 This mini purple guitar, had me in my bag playing “Smoke on the Water”.

Shit, never. Never give up. The times where I’ve felt close to it; have been stages of feeling anxious, lacking self-belief or where I’ve been expending my energy too much elsewhere so things weren’t working; this is normal. The moments of doubting myself are consistent, and kind of needed. Those questions like, ‘is it all going to pay off?’ and ‘what if it flops?’ We’d be crazy to not ask them to ourselves at some point, but the reminders of good energy, people and memories being the more important things in life keep us from getting to absorbed in our own little quest.
Distractions and void periods have sidetracked me a lot before but I don’t think I’ve acknowledged or felt I wanted to ever not be making music, besides any career path I think its an outlet I latch onto regardless, so the fact there is a potentiality it can be my living, as well as my outlet, has always sparked me to get it cracking further.
Having said that, Nipsey explained its a marathon. It’s a subjective journey with the arts. We never understand the timing of the come up and the milestone until we reach it. To realise it wouldn’t have made sense if it happened sooner.

There have been some moments from other people sending through them walking into a shop or a bar which was wild from the jump. The first time was a friend of p-rallel was in a restaurant in Stockholm and our track started playing.
The sickest moment in the flesh was when p-arallel and I were in a cab home from the studio, and Jamz Supernova announced ‘Good Tea’ as EP of the week on 1xtra and spun the track “What For”. That was surreal beyond words. That one will always stick.

Listen to Finn Foxell's latest track "Make It Count" below: