South London singer-songwriter James Vickery is the new face of UK R&B. He tells us about his musical firsts.

Gaining support from BBC Radio 1 and 1XTRA with his previous work, James now returns with the first taster from his debut album. His latest single “Somewhere, Out There” is rich in uplifting vocals layered amongst a subtle blend of lo-fi beats and warming atmosphere. The track gives an insight into what we can expect from his upcoming debut LP, which is set to arrive later this year.

Speaking about his new offering, James said, “There’s never been a better time to release this song… It feels like it has such relevance in the world right now, England is suffering a national lockdown. I wrote this song for the people in the world who are unable to see their loved ones in this dreadful time, in the hope that there is some light at the end of the tunnel… “Somewhere, Out There”; is a song for anyone who misses their significant other right now”.

James’ soulful voice and unique take on R&B marks as a certain artist to watch out for in 2021. We caught up with him about his musical firsts. Dive in below! 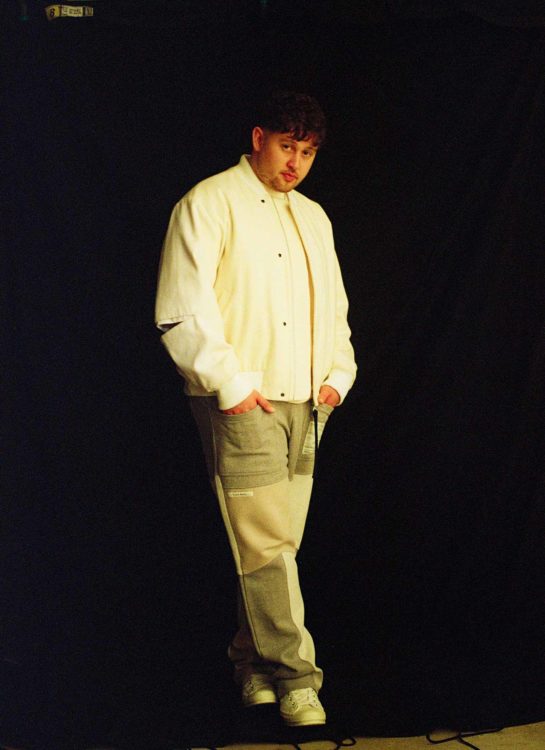 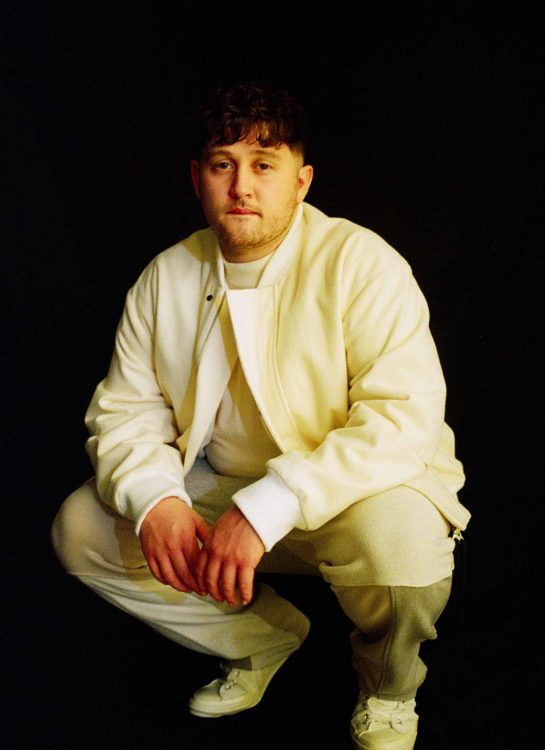 Unofficially? it was this little acoustic song called “Fly Away”; it was really wholesome and pure (very different to what I make now haha), my dad actually still has this as his ringtone all these years later. I must have been about 16 when I wrote it haha, and by the way – it. is. awful.

It’s called “Epiphany”, and it dropped around 2016, a lot more electronically driven than the music I currently make but weirdly enough, people still ask for me to play it at shows which is so bizarre to me as it was so long ago.

Not even ashamed to admit this… but Blue – ‘All Rise’, absolute banger and I won’t accept any slander. Haha but no seriously, I must have been about 7 years old? I remember rushing home from school to watch them on Top Of The Pops and it was elite. A great time.

Funnily enough, it was completely by accident. I was born with a condition called a cholesteatoma in my left ear, it turned out to be a benign tumour which left me completely deaf in that ear. I had to take lessons with a vocal coach to improve my speech as I was partially deaf and used to speak so quietly. Singing is a great way of engaging your diaphragm and speaking with volume, and it turned out I could sing pretty well..? I always loved singing but because I used to speak so softly no one could ever hear me, I never looked back after that.

Despite the strange Blue obsession, I never actually went to a big Concert at Wembley to see them like every other 7 year old. My mum introduced me to Boyz II Men some years later and I begged her to take me to a show they had in Essex (it was in Southend specifically), it was amazing, and I was completely in awe for the entire show.

The first festival I must have gone to would have been Reading festival around 2010/2011. I’m not sure if it was a tradition anywhere else but where I lived it was like a final send off after you completed your GCSE’s. The first one I performed at was this festival in China (?!) – I know. The MTA Festival in China I believe it was called, very strange for an Artist’s first festival to be somewhere so far from home, but I wasn’t complaining! I had the best time and Kehlani was headlining it, so it was definitely a special one to remember.

Haha, it was an electric/acoustic guitar that my parents got me for my birthday one year when I said I wanted guitar lessons at school, I would’ve been around 11 years old and just started High School. Oh, by the way, I still use it now!

More than I care to admit. I’m very fortunate to be surrounded by some amazing people who carry me when I need them. If I ever end up making something special with my debut album, they will be the first people that I will thank.

Oh dear. I was lucky enough to be invited to the Roc Nation Brunch last year and the whole day was quite overwhelming. A friend of mine is an A&R and asked if I wanted to meet Daniel Caesar (he is my absolute hero), she introduced us briefly and I couldn’t even string a sentence together as I was a nervous wreck, he was so nice though and I think he must have felt a bit sorry for me haha!

Oh, so that song I mentioned before, “Epiphany”. It must have come out around the end of November 2016, and it had picked up quite a bit of traction online, I ended up going skiing with some friends in the following January and in one of the bars we went to started playing on a night out we went to, safe to say we all had a great night after that! 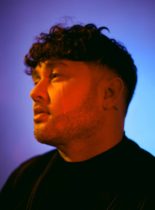 James Vickery picks 10Trax that unveil the inspiration behind his debut album 'Songs That Made Me Feel'.