Singer, songwriter and producer, Kali Claire, spills on her musical firsts - from obstacles faced to meeting Tinie Tempah and more.

The new number follows on from Kali’s previous singles, “Wild” and “Disrespekt”, which were released earlier this year. In 2020, Kali sjared her second EP ‘Songs By The Pool’, whilst her debut EP, ‘Symptoms of a Teen’, came out in 2019. In the past two years, Kali Claire has been going from strength to strength.

Growing up, Kali Claire was exposed to a range of influences – from the psychedelic leanings of The Beatles, played by her grandmother, to pulsing jungle, R&B, and hip-hop from her mother. Kali tells Notion that she “always wanted to be an artist”, but “it just took me so long to work up some confidence”. Having thrown herself in at the deep end, it looks like Kali is mastering her swimming technique.

Honestly, we’re about 1,000 songs deep so I have no idea [laughing]. But the first time I was proud of a song, I was about 13-years-old and I wrote it on the piano.

Bob Marley’s classics, I was about 5-years-old.

I think I’ve always wanted to be an artist, it just took me so long to work up some confidence. I definitely had to throw myself in at the deep end.

First gig and the first festival you went to?

My first memorable gig was at London’s The O2 when I went to see Alicia Keys on her As I Am Tour. I was about 11 or 12 when I went to The Big Chill Festival. I remember I saw James Blake, he was using a vocal looper live and it blew my mind!

Funding. I feel like artists don’t talk about it because you’re automatically supposed to be wearing the finest designer clothes and change outfits for every public appearance. It costs money to release music, it’s a real investment. You have to pay producers, mixing engineers, mastering engineers, PR companies, lawyers, managers – the list goes on and on.

A saxophone in primary school. I got tired of that very quickly because I couldn’t play The Simpsons theme tune after two days.

When I felt like no producers wanted to work with me, so I started producing for myself. When I wasn’t happy with how people recorded my vocals, I learned to engineer and vocal produce myself. Honestly, every obstacle makes me feel like giving up, but I know what I want and only hard work will take me there.

When I met Tinie Tempah. I’d grown up listening to his songs on the radio so it was a trip being in his studio and playing him stuff that I’d made in my bedroom.

Nearly three years ago, I’d just taken my mum out for her birthday when my manager sent me a link to listen to. I cried my little eyes out and we got a bottle of champers to pop!

Watch the music video for "Temporary Feels" with Jvck James below:

Kali Claire’s EP ‘A Man’s World’ is out 19th November via Platoon.

“Fix My Lonely” by Kali Claire 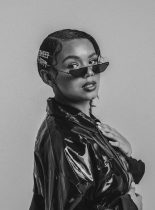 Spiling the tea for cure of an emotional, heartfelt teen, Kali Claire is searching for a medicine to fix her lonely.