At the forefront of Sydney’s R&B scene is Milan Ring, the multi-talented multi-hyphenate, who seems to be a master of all musical trades.

So far, she has released the glorious singles “Sydney Hue” with BLESSED, “BS” featuring Che Lingo, and “Pick Me Up” featuring Jean Deaux. Meticulously curating every corner of the creative process, from the first chord to the last mix, Milan has worked with the likes of SZA, DRAM, Chance The Rapper’s group The Social Experiment, BJ The Chicago Kid, The Avalanches, and more in the studio.

Now gearing up to release her debut album, ‘I’m Feeling Hopeful’, the record is set to cover themes of  love (for others and for the self), relationships, control, freedom, the critical mind, depression, desires and addiction from many different perspectives.

Notion caught up with Milan Ring to hear about her musical firsts – from choreographing moves to her first TLC CD to being drawn to the guitar at high school, and much more. Dive in! 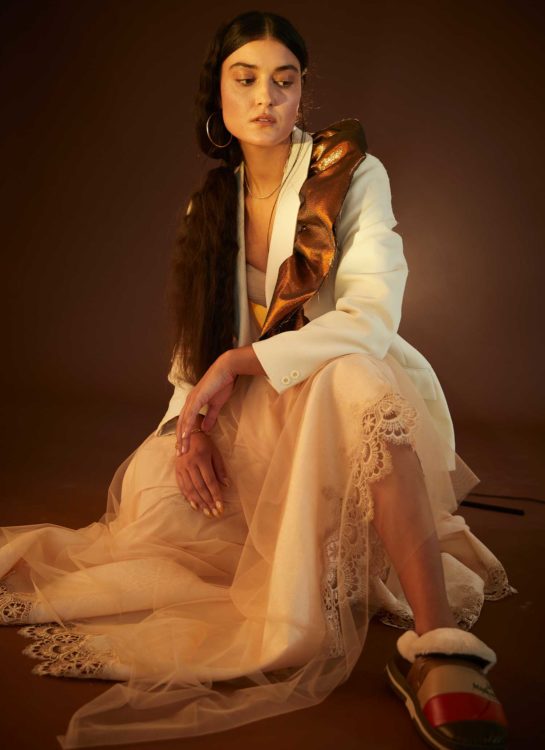 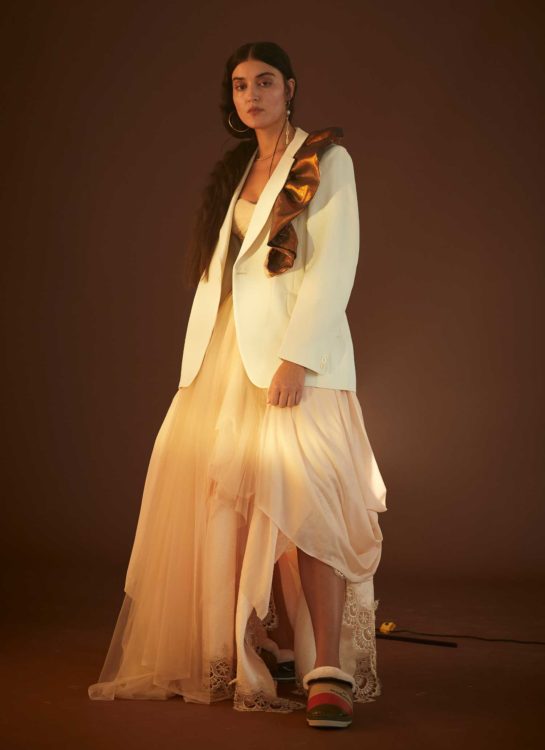 When I was around 17, I wrote a song called “Pay Day” about getting fired from a job and either feeling pity for yourself or pulling yourself up and out and moving on! I moved on, haha.

My first official release was “Promises” which is off my ‘Glassy Eyes’ EP. The demo got me my first publishing deal, which included four return trips to the States and some funds, which I used to purchase all my first production equipment; Ableton, laptop, speakers, interface and midi keyboard.

‘Crazy, Sexy, Cool’ by TLC on CD! I had choreographed dance moves with my childhood bestie—still such a great album. I had good taste.

I was in many different bands as a guitarist, loved music and knew I was going to be a musician or an engineer, but the moment I was like, I am going to be THE artist, was when a mentor of mine said, “why are you in a band? You should be Milan Ring.” It kept playing on my mind, and as I started to create what would become my first EP, I just decided that’s what I needed to do.

First Festival was the Big Day Out festival in Sydney; I remember being so excited to see Rage Against The Machine and The Prodigy.

I would say not having enough money to make a video clip. I have always had a mini-movie play out in my mind for each song, so it was always disappointing not being able to make that come to life. I can happily say that I created four dream video clips this year for the album! Plus two other clips for songs that I am featured in, three of which were made whilst in lockdown, needing to adapt and be innovative.

I had one of those little colourful kids glockenspiels when I was super young. Then in high school, I saw a friend playing the guitar and I was instantly drawn to it, so not too long after, I got my first guitar- a nylon string Spanish Guitar!

At the very start of my career, I had a booking agent that booked me a headline gig in a random but large venue in a far away suburb, with minimal promotion and five people came. I was pretty devastated and didn’t gig for a while after that. It’s one of those moments that I am glad that happened because I left that agency and found a more suitable fit, and now whenever I do a show, I am so beyond grateful that I can sell out and share music with so many people.

I performed in front of Jill Scott when I was around 22, and met her briefly afterwards at a Sydney jam night she came to with her band after one of her shows. I was so nervous about performing full stop, let alone an original, so I performed a rendition of a Lauryn Hill song instead. I wish I had the confidence to perform one of my own songs back then, but she said lovely things and tweeted me afterwards and said I was great! *blushing*

When I was 21, I saved up and took myself to NY for two months, and I also went to New Orleans, Atlanta and San Francisco. That was a big life-changing bucket list moment; travelling alone, seeing so much live music, jamming and meeting other musicians and friends!

Watch the music video for "Sydney Hue (feat. BLESSED)" below: 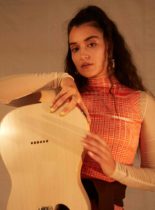 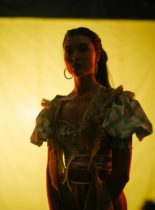