Singer, songwriter and sweetheart Frank Ocean teams up with Slowthai on an exclusive run of Homer posters, shot by the American artist himself.

A few months back, fans on Reddit spotted Slowthai performing in an unreleased Homer t-shirt; the brand of ‘Blonded’ star Frank Ocean. The musician started his equally independent and enigmatic luxury fashion and jewellery label last year, dropping silk scarves and chains that referenced his childhood obsessions. After months of rumours, this week, Northampton stalwart Slowthai and Homer confirmed the new campaign by uploading an elusive image to their Instagram accounts.

Unveiling the photo, which was taken by Frank himself, the post spotlights Slowthai in head-to-toe Homer. The British rapper, who’s been one of the few to break America recently, can be seen in a silver, diamond encrusted, necklace reading ‘When The Dog Comes To Stay’, a matching belt and an anarchy-inspired Micky Mouse t-shirt. The picture is part of Homer’s latest poster collection ‘XXXL: When A Dog Comes To Stay’, which can be purchased online now.

The event has also sparked rumours of a potential Slowthai and Frank Ocean music collaboration. Said to have met around the time of Tyler, The Creator’s IGOR recording, both artists are due to release new albums soon. However, with their enigmatic personalities, fans may be waiting a while before they hear Thai and Frank music linkups anytime soon. 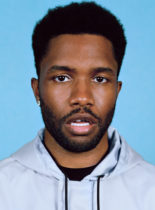