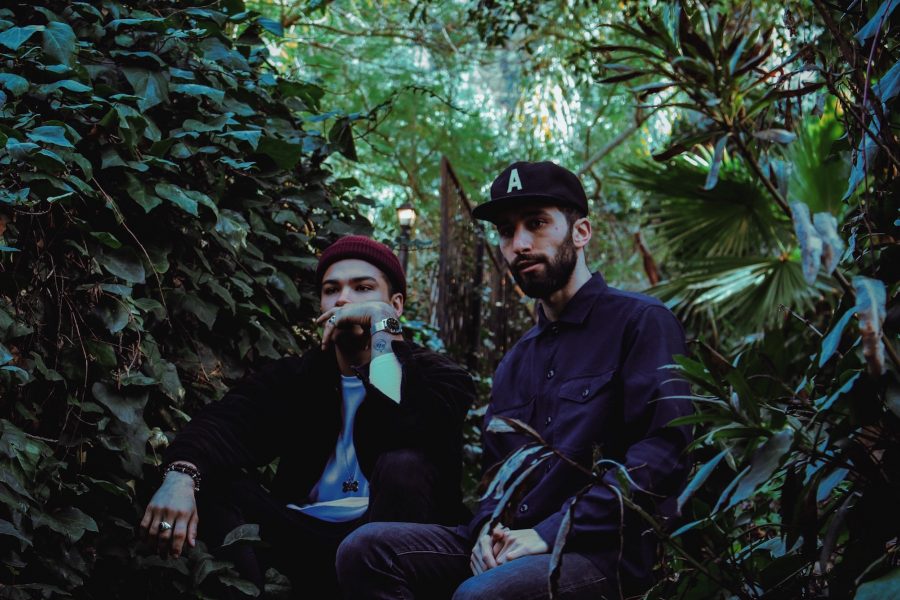 Processed with VSCO with c7 preset

Some artists are natural born creators. Put them in a room long enough they will not come out empty handed. Whether its pieces of an idea, a masterful plan, or the start of a new project they cannot sit and be idle for long. The boys that make up FARR embody that artistic hunger. In fact that’s how they started to become the duo they are today.

A random session organised by a friend with little expectations would have the guys jam and create what would be their first release ‘Down.’ Originally they intended just to collaborate a few times. Linden tells me, “It kept happening, we were collaborating naturally but originally it was a just a collaboration then after we made a few tracks together it made sense to start something.” A few songs later it became clear that this was more than a few chance collaborations and that Roméo and Linden had an obvious artistic vibe. “It was this natural flow, like we’re not really trying.” says Roméo. This great new venture led the creation of FARR.

FARR would not exist if the guys didn’t have their solo projects. Linden Jay is a multifaceted artist with many names under his belt as a producer, sound engineer and instrumentalist. A quick listen to his previous work and you’ll be entranced by his modern electronic beats and the creative ways he fuses elements of deep house, soul, and funk. Roméo is a singer/songwriter and has previously released an EP The End and successful singles ‘Light It Up’ and ‘Misunderstood,’ all while lending his writing talents. His bluesy soulful vocal is so enigmatic and tender that to the untrained ear it would seem that the pair wouldn’t mesh, but anyone who is musically inclined would know even the most dissimilar sounds can make beautiful noise. A Quick listen to ‘Down’ and ‘Blades’ and you can hear how effortlessly Roméo floats on Linden’s production.

The guys aren’t as different as you’d think especially when it comes to their influences. “A lot of our soul taste cross over which leads into the music,” Roméo tells me. Hip-hop has also helped shape their sound with their later music getting more rhythmic on the melodies. Roméo assures he will not be rapping. Both of their singles thus far are a flawless fusion of Roméo soulfully smooth voice and Linden’s funky beats. Where the soundscapes are minimal Roméo is sultry, as the production peaks with rising synths and live instrumentals, his vocals are commanding, balancing the grandeur of Linden’s beats perfectly.

Electronic soul is the music FARR are carefully crafting. Throughout the years we’ve seen many artists blend different genres to produce a unique sound that can hard to define, yet eager music writers will come up with something. There’s alt-R&B, Lo-fi pop, soulful house and electronic soul. Musicians can often feel pigeonholed by these definitions but Linden and Roméo aren’t fretting because their genre is open for possibilities. “What’s cool about electronic soul is because it’s quite vague we can go in any kind of direction and people aren’t going to be shocked,” tells Linden.

This pleasant joining of two artists is not something that is unheard of. Solo artists from all over come together and create projects as one. FARR is unique because the guys come from two different counties, two sides of the world, two continents. FARR away (corny pun intended). There’s no cliché story about coming up with their name and it really came down to securing a twitter handle.

How do the guys make music? Thanks to modern technology. ‘Blades’ was first written over WhatsApp. Linden tells me the story of how he was messing around one late night and started to make a beat. He sent a template to Romeo in LA and woke up the next morning to Romeo’s recorded vocals.“I remember waking up in bed and rolling over on WhatsApp and I listened to it and was like oh this feels good.” 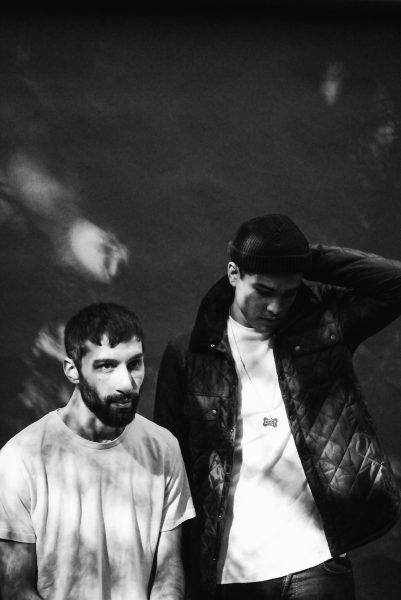 Processed with VSCO with b5 preset

While most of their communication is done on WhatsApp or Facetime their creativity is never diminished. “It’s not harder, it’s different,” Linden admits. The guys will Facetime from their studios and be able to connect and start piecing together tracks and then when they’re in the same place they’ll put down the finishing touches. The distance doesn’t hinder their connection either. As I sit across from them, Linden and Roméo together for once, I can sense their similar creative energy and motivation to make good music. “I think this whole process has gotten me to a place as a songwriter where I’m a lot more inclined to finish a song or really, really wrack my brain before I decide that I’m giving up on it, admits Roméo. As Linden laughs about Roméo liking a lot of country music and gully rap I can see they’re more than a professional duo but friends that joke, push, take risks, and inspire each other.

Artists always want to create. Sometimes the inspiration or the will is not there. We’re all stirred by different aspects of life. Musicians can often be troubled souls that pour out their hearts after going through something. They then create music that makes us feel. This music cannot be rushed. FARR are not rushing. While they can make songs relatively fast- their next single ‘Rebel Soul’ was mostly done while sitting at the kitchen table, they want to make honest songs and know that moving with what’s right for the emotion of song will take longer for other tracks.

“There’s no correlation between how good something is and how long you spend on it,” says Linden.

“It’s just a matter of is the song going to make somebody feel something? That’s all that matters to us. From the track stand point and the melodic, lyrical standpoint,” Roméo affirms.

A duo still is in their early stages has a vision yet is still figuring it out. Time in London will inspire the direction for the next couple songs. “We’re just going full speed ahead and creating the next wave,” asserts Linden. That wave will not be wasting time on happy songs. “I see the sun all the time. I need a little depression to inspire me.” A few weeks in London can do that. Today it’s cloudy and raining- I imagine they’ve penned another expressive track that will be released soon or appear on a debut EP to hopefully come.

“Heal Me” by FARR 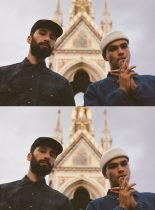 Rising transatlantic duo FARR release their latest sky-reaching ode to distance making the heart grow fonder with London as the landscape in 'Heal Me'.