Glowie On Falling Back in Love with Music

Icelandic alt-R&B prodigy Glowie has long been on the rise. Notion checks in with the musician as she carves out a fresh new path.

Glowie is a beacon of positivity – her very name is a homage to that fact. Since her first single in 2015, and her ensuing discography which slammed up against issues of bullying, mental health, sexism, and body positivity, the now 24-year-old has adorned the pages of GQ, The Independent, i-D, Stylist, and more.

The Icelandic artist grew up in a musical household, given free reign over her dad’s recording studio where she tested out her sound – and where it dawned on her that she wanted to be a singer. Glowie also trained as a dancer and, proving she is a true polymath, has a penchant for painting.

It was after making the move to London aged 21 and signing with Colombia Records that Glowie was diagnosed with ADHD, and this has shaped her music ever since. Her self-love single “Body” (co-written with Julia Michaels) arrived in 2018, with hit tracks “Cruel” and “Unlovable” and EP ‘Where I Belong’ to follow. Widely tipped as one-to-watch, Glowie was hand-picked to support Ed Sheeran, Justin Bieber, Banks, and Marina.

The pandemic sent Glowie back to Iceland with a new conviction: to go her own way, leaving Colombia in favour of honing her true sound – an unashamedly Y2K vibe. Her latest single “Throwback” is just that, paying tribute to her favourite artists from the noughties, Alicia Keys, Ciara, and Cassie in tow. Glowie will also feature on Netflix’s gender-swap reboot He’s All That, out this week.

We caught up with Glowie about women in music, making art, and this exciting next step on her journey. 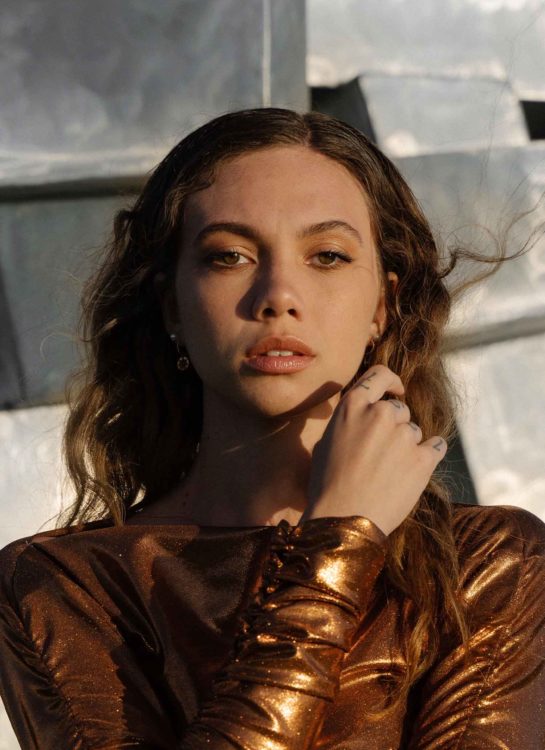 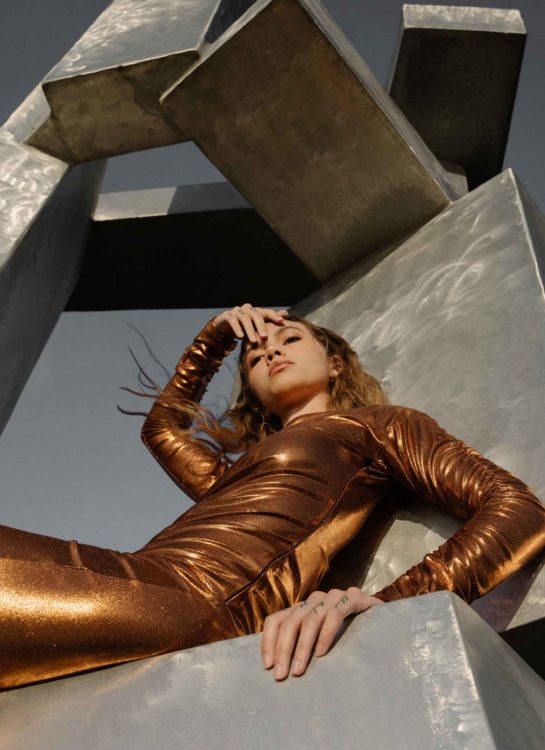 “Throwback” was about rediscovering your love for music. What made you recently fall out of love with music?

Growing up, music was my most favourite thing in the world. It brought me comfort, happiness, tears and goosebumps. But then my career started when I was 18, at the most unexpected time in my life in the most unexpected way. I got this amazing opportunity but I was never fully in control of the music, it was always written by other people and it was mostly decided by someone else which songs were released. I craved being more in control – I wanted to write my own songs and decide what came out and what didn’t, but there was too much pressure too soon and too fast. I never got the time or freedom to experiment and find myself as a songwriter. So, music became something else to me, it became a job. Don’t get me wrong, I enjoyed every part of it and it was all an amazing learning experience and I was extremely lucky to have gotten the opportunity to work with such great people. But along the way I stopped listening to my favourite music, I gave up trying to explain to producers and writers what I wanted out of the music because it didn’t feel like anybody understood what I meant. I sort of just forgot about the music I love and how it made me feel before. It didn’t take me too long to remind myself of it though. Just took a few months of riding my scooter to the studio and back home listening to my favourite artists while I was writing a bunch of songs and one of them was “Throwback”.

The single is a literal throwback, with a strong Y2K feel. Did you listen back to music from this time to make the single?

Yeah absolutely, I’ve always been inspired to make music that has that throwback feel to it. I was listening a lot to Destiny’s Child, Missy Elliott, and Justin Timberlake at the time I wrote “Throwback”. It’s not the only song I’ve written that has that 90s and 2000s vibe…

Since leaving Colombia Records, how do you feel your music or sound has changed?

I’m definitely leaning towards more R&B than pop and my lyrics are all about my real experiences, thoughts, and feelings. I’m taking more risks now and going for the bolder options which I love. I’ve never really liked playing it safe. 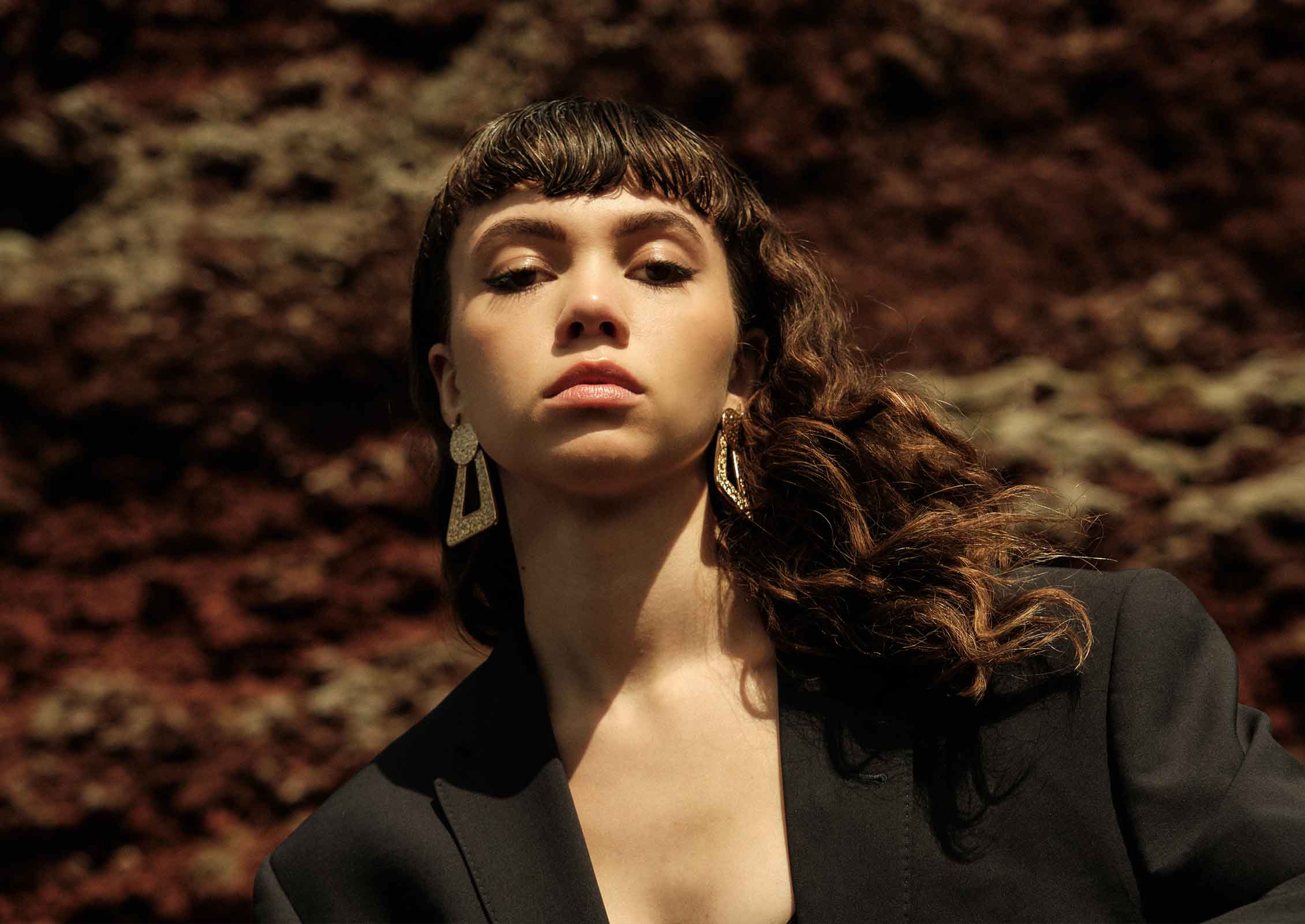 Your previous music has dealt with contemporary issues, from body positivity to mental health. What are the current issues you are thinking about and what message do you hope to send?

In my new music, I definitely sing about the struggles of being a woman, being abused, and disrespected. I also sing about my experience of having ADHD. I’m always aiming for a positive and hopeful vibe even though the topics can be serious. I simply want my music to be real and truthful but at the same time something you can sing along to.

Could you tell us about the e-zines and graphic storyboards which will accompany your upcoming music and how this feeds into your creative vision?

Visuals have always been just as important to me as the music. I love to give people something more to get into the world of the music. To me, each song has a purpose of what it’s supposed to give people and the visuals I make are all there to help push that as far as it can. As a kid, I loved to listen to CDs. I had something to keep forever – the music and the lyrics were there, pictures and sometimes posters, I would look through it while listening to the CD. I loved that experience and I guess I’m trying to create that but in a new way.

Following on from “Body”, what are your current feelings about objectification and body/sex-positivity in the music industry?

It’s that shame that has been put on women for singing or rapping about what men have been celebrated for singing or rapping about for years that bothers me so much. I think slowly but surely we’re changing that. I love that female artists are being more free and open, writing songs about their sexuality and embracing their body shape. So, I just encourage women to keep writing about whatever they wanna write about, to wear what they wanna wear, and to say what they wanna say.

What were the best moments from your experiences of supporting Ed Sheeran, Justin Bieber, and Marina?

Supporting Justin back in 2017 was crazy because it was my first ever gig in the UK and I just remember people dancing and even singing to my songs even though they had never heard them before. It made me feel so comfortable on stage. I was invited to open for Marina at The Royal Albert Hall, a beautiful venue which I had never been to before. It was an amazing show and I felt so lucky to be picked for the opportunity. Supporting Ed Sheeran was extra special because it was at home in Reykjavik and all my family and friends were there. I had been a huge fan of his music for so long, I sang covers of his music when I was starting out, so it just felt surreal to meet him and then sing his songs that I knew front and back with my family all night. 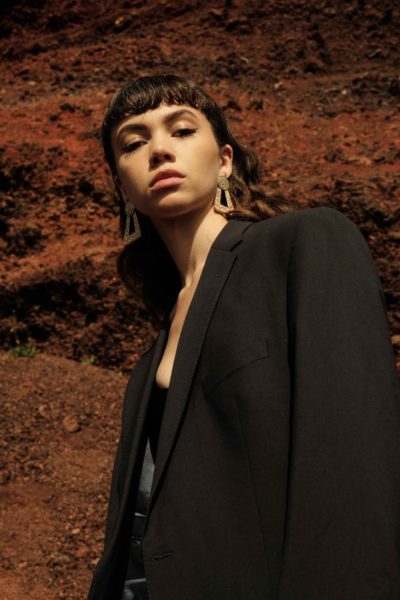 What can we expect from Glowie next?

Well, you can expect new music, new sound, new look, new everything. I’ve finally found a comfortable space for me to be myself and create what I wanna create and I’m not gonna stop anytime soon. This is just the beginning.

What currently is your favourite way to fill your spare time (excluding making music)?

I used to draw and paint a lot when I was younger, haven’t done it as much in the last few years but I discovered a new way to continue that hobby so that’s what I’ve been doing when I’m not working. I love to cook and bake and find new recipes to try new things. Also, I’m sort of a shopaholic – so I shouldn’t be saying this but I love to shop, mainly clothes and home decorations.

Watch the music video for "Throwback" below: 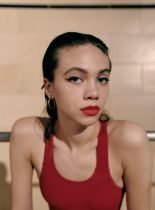 Hailing from Iceland, Glowie is here to take on international waters with her undeniable fresh talent that you can't help but love in her latest track "Unlovable".