“Ice Cream Sundae” is the third single from the Dublin boys, Inhaler, who have been garnering serious momentum them.

It’s not hard to see why – with tracks like “My Honest Face” and “It Won’t Always Be Like This” have shown Inhaler’s already expansive and atmospheric craftsmanship. What’s so refreshing about Inhaler is their ability to fuse and blend upbeat anthems that have hidden messages laid underneath their kitschy production and riffs.

A subtle sense of melancholia is buried underneath “Ice Cream Sundae” – what first appears to be a shimmering pop anthem is the realisation of the track’s true meaning. “It’s about loss and gain,” reveals singer Elijah Hewson. “I like writing about normal teenage experiences that everybody can relate to. I’m just trying to write about the joy of being alive, being a teenager, and the bad things that can come with that.”

With a rapidly expanding fanbase, it’s clear to see why Inhaler are the boys on everyone’s lips. With their UK tour fast approaching, we can’t wait to see what Inhaler do next. Until then, check out the visual for “Ice Cream Sundae below”. 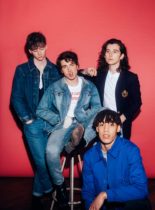 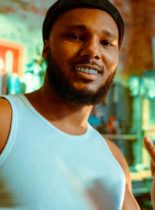